After a week in Pondicherry, India, where we performed Orchestra of Samples, we headed to the huge metropolis of Bangalore. With a population of 11 million, the city is regarded as the ‘Silicon Valley of India‘, with technology companies and many educational and research institutions all based there.

While there, we met up with technology artist and composer Yashas Shetty, director of the Indian Sonic Research Organization (ISRO) – where he performs, teaches, and collaborates with instrument makers and artists interested in experimental music and sound art. Yashas is also one of the founding members of the Center for Experimental Media Art – India’s first graduate programme in new media art at the Srishti Manipal Institute of Art, Design and Technology, where he’s a faculty member. He’s also currently the director of ArtScienceBLR.

Yashas’s work has been exhibited internationally, from the Taipei Biennale to Ars Electronica Festival – where he won prizes in 2011 and 2012.  His projects often feature humourous and left-field reinterpretations of high-tech artifacts, ranging from genetically modified organisms to AI-driven sonic collages – one in particular that he told us about that made YouTube’s algorithms wrongfully remove all his content! We recorded a great session with him playing an ethereal sounding psaltery – the ancient zither style instrument. 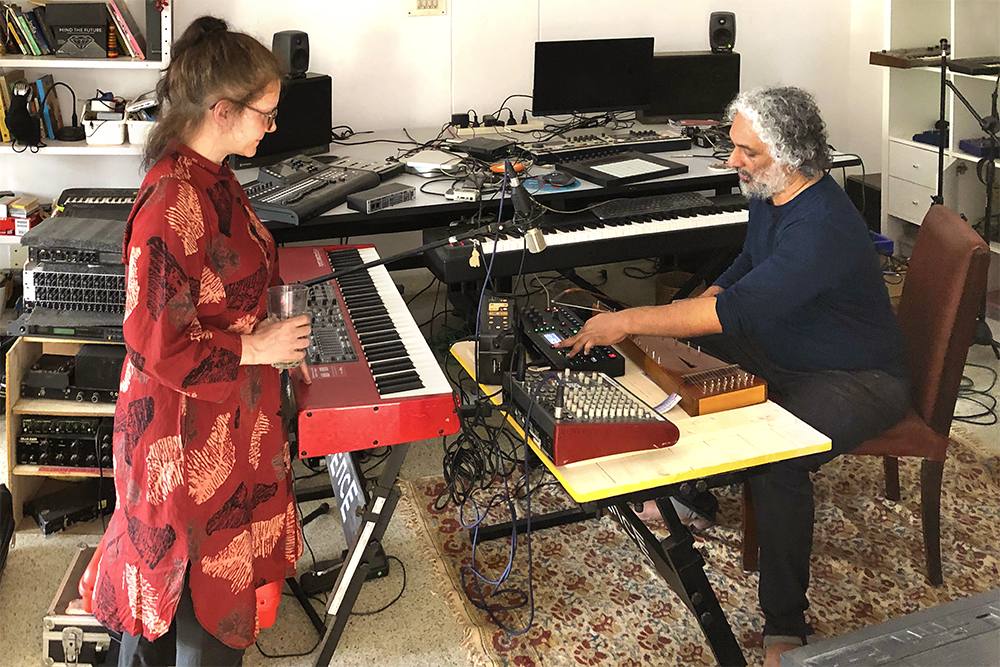 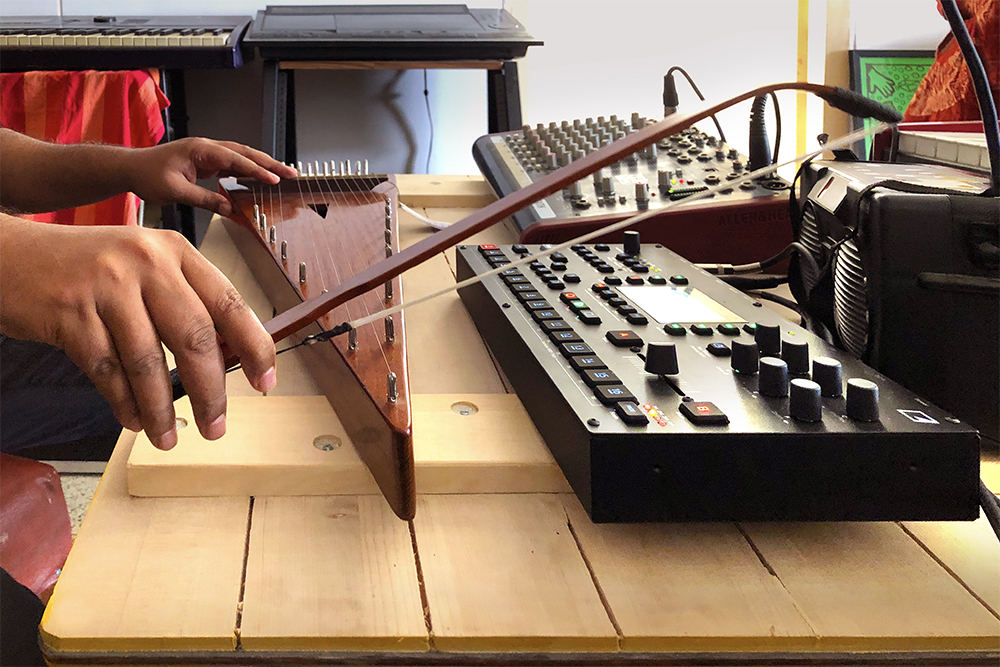 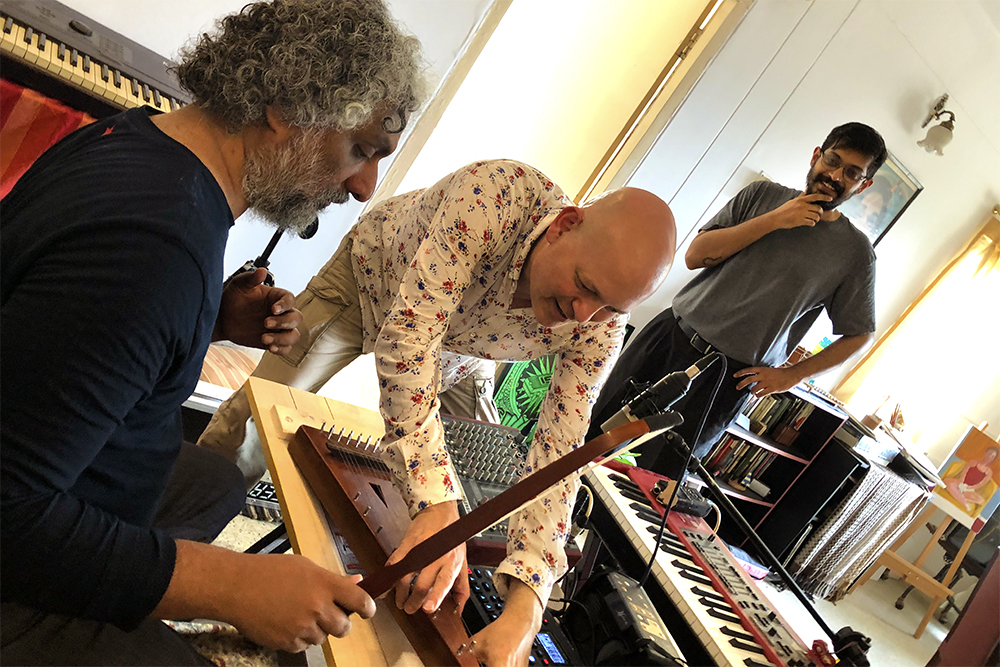 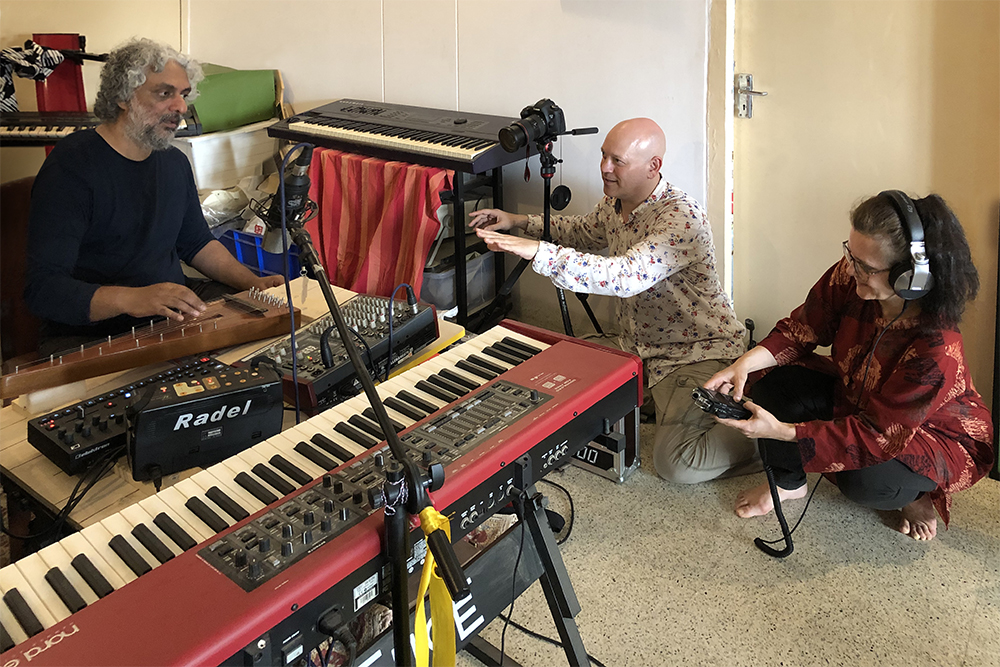 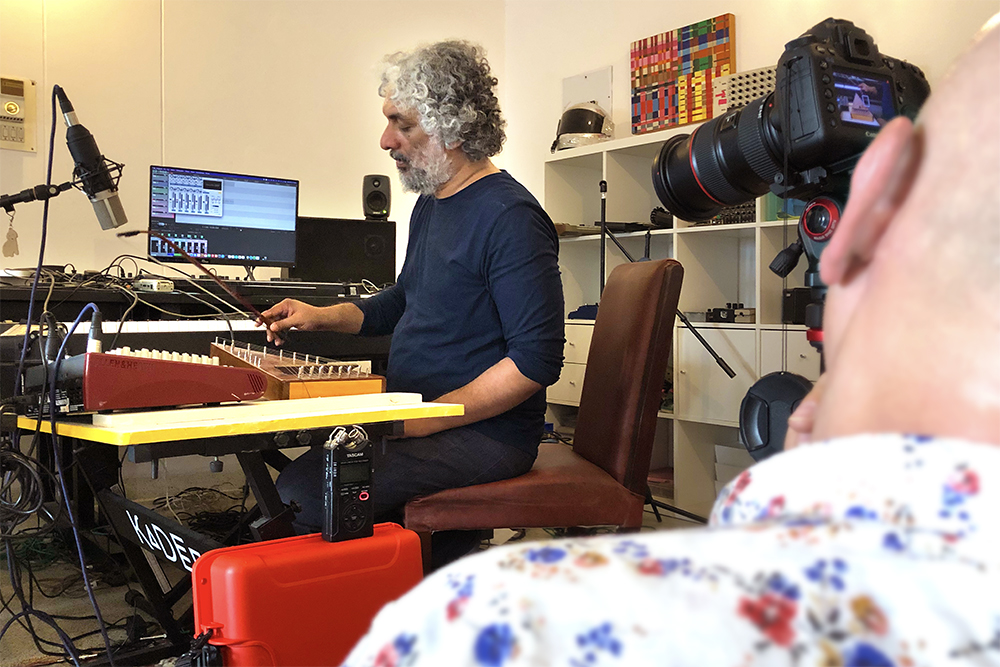 While in Bangalore, we also took the opportunity to meet up with Aishwarya Mungale, who we first worked with a project in India back in 2017. Now working at the Centre for Nano and Soft Matter Sciences in Bangalore, she wanted to introduce us to her colleague and friend Subir Roy, a Senior Research Fellow at the institute, who’s also a musician.

We recorded Subir on the Allalasandra Lake bridge playing the one stringed ektara, which he taught himself – although he also plays guitar and tabla, again both self-taught (as it happens, we also recorded ektara in 2021).  Coming from Karulia, a small village in the Purba Bardhaman district of West Bengal, Subir was introduced to Bengali folk music at an early age and grew up with the soulful local Baul music and songs of Rabindra Sangeet (a prolific composer who wrote over 2000 songs in the early 20th Century). Keeping up his passion for music, he often performs with colleagues at the institute, and very often songs from Rabindra Sangeet! 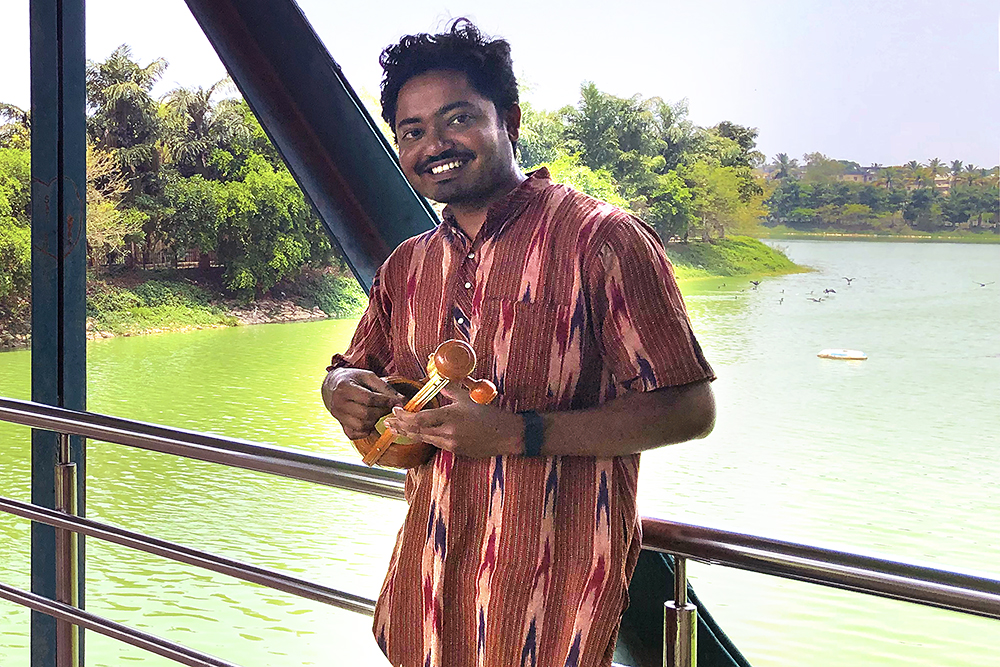 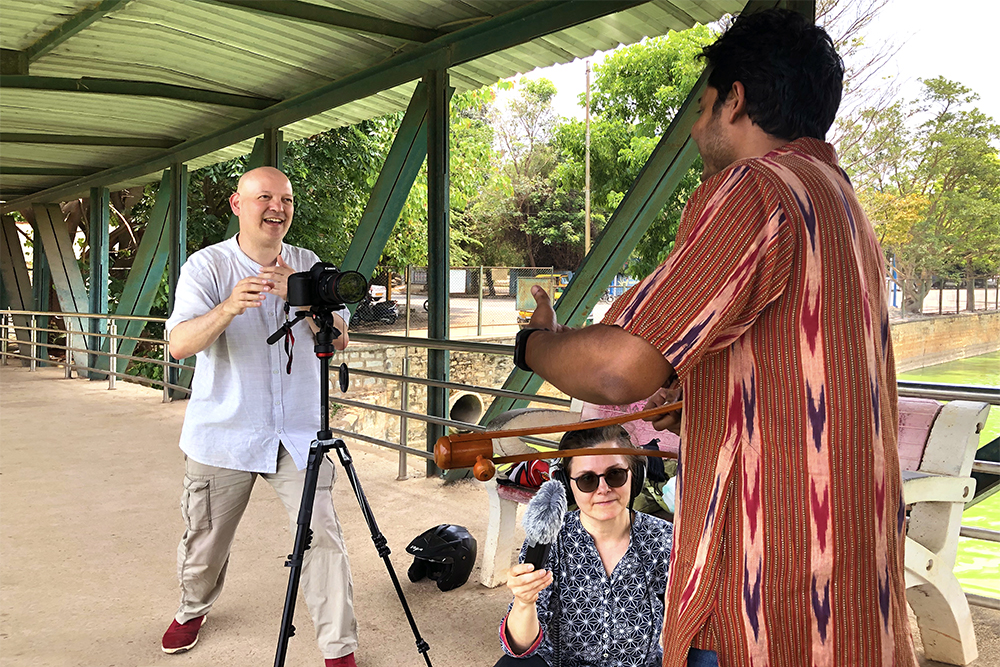 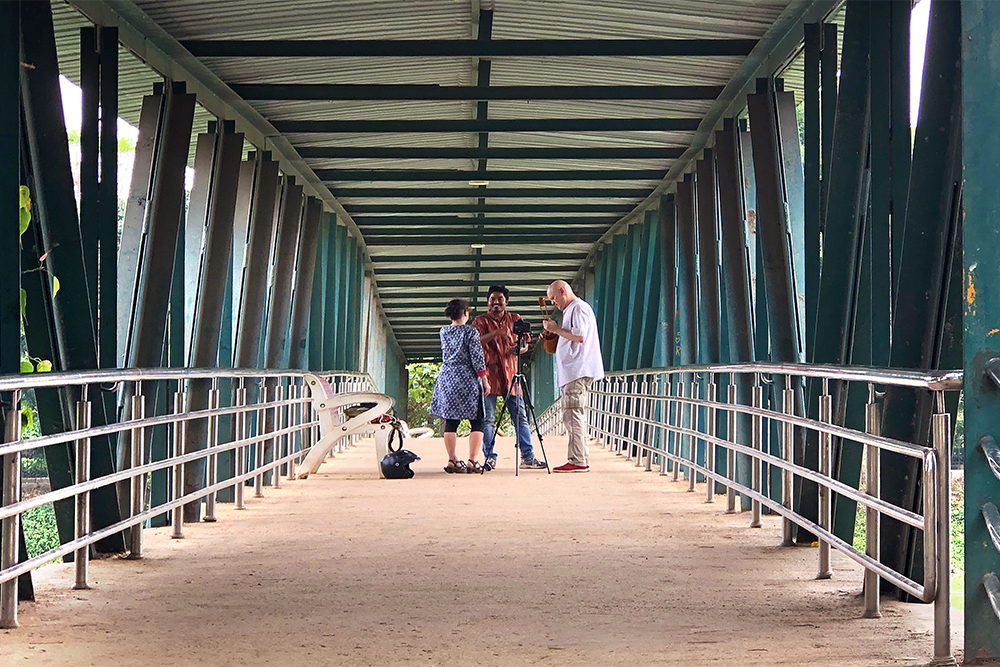 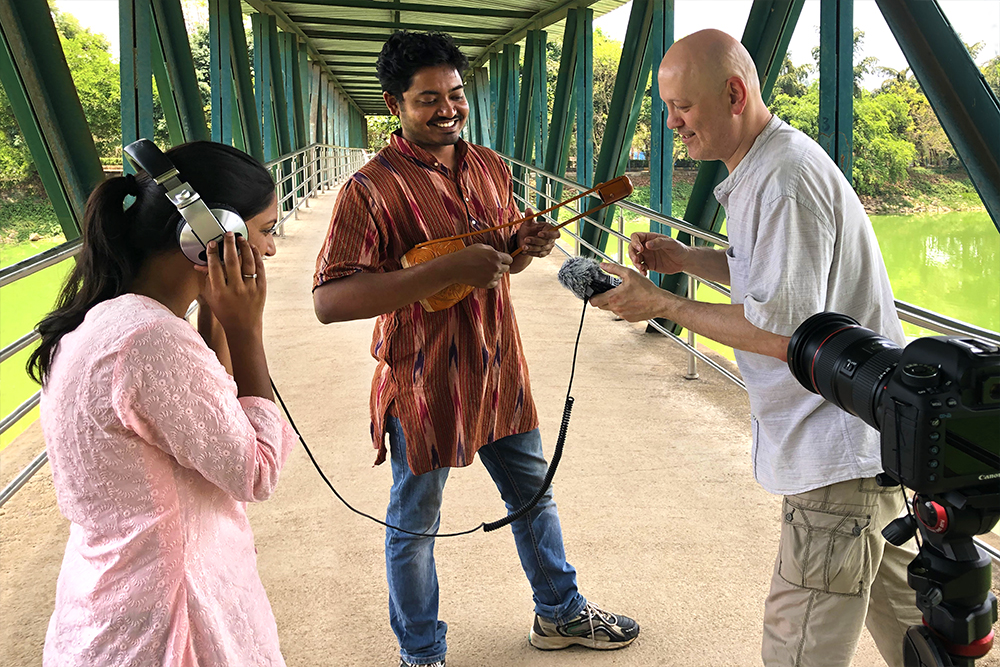 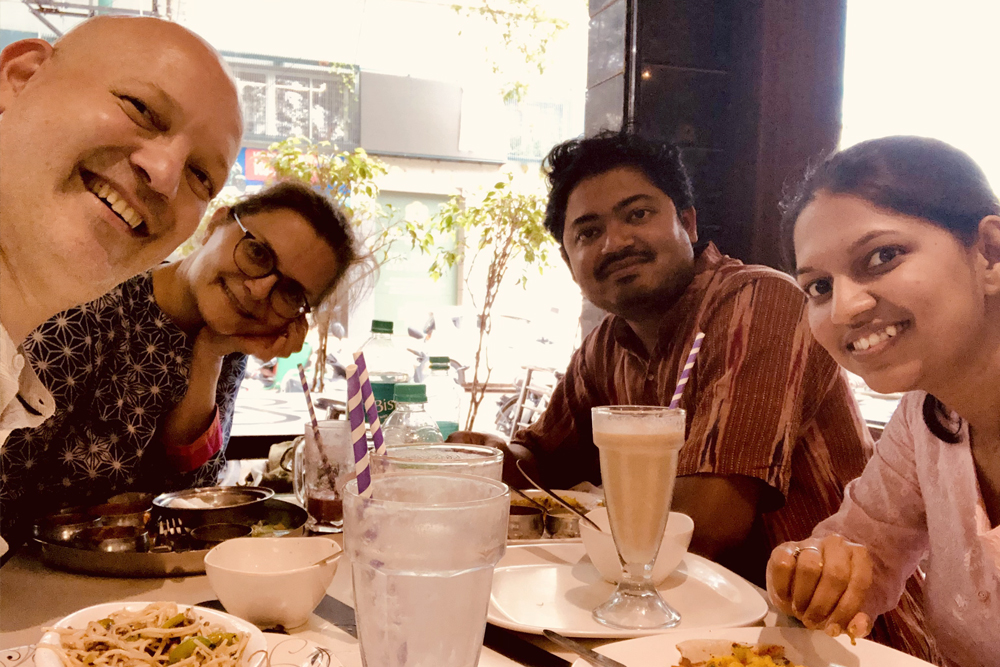 With thanks to the French Institute of India for the introduction to Yashas Shetty and Upendra at ISRO, and to Aishwarya for hooking us up with Subir.