Slotting in between India and a project next month in Indonesia, we headed to France at the end of January 2020.

Sadly with just a few days before the official Brexit deadline of January 31st, when the UK bids farewell to the EU, we’d been asked by prestigious French arts venue the Pompidou Centre to perform Orchestra of Samples as the last British artists to perform there before the deadline; particularly as our project is a musical journey without borders, about connecting cultures. We also gave a pre-show talk to students from the international IESA Arts & Culture school. 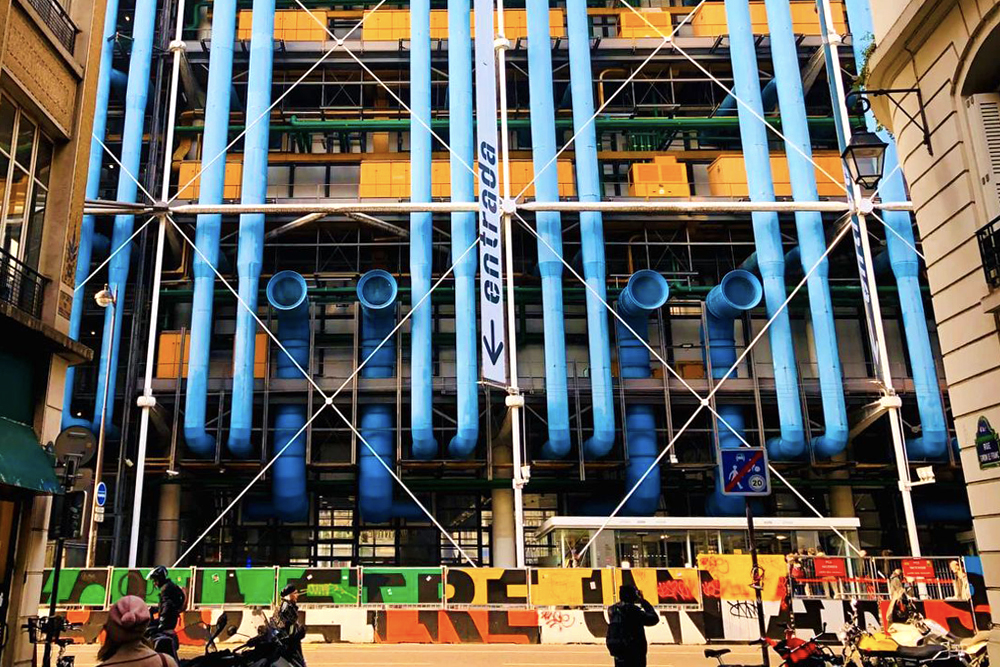 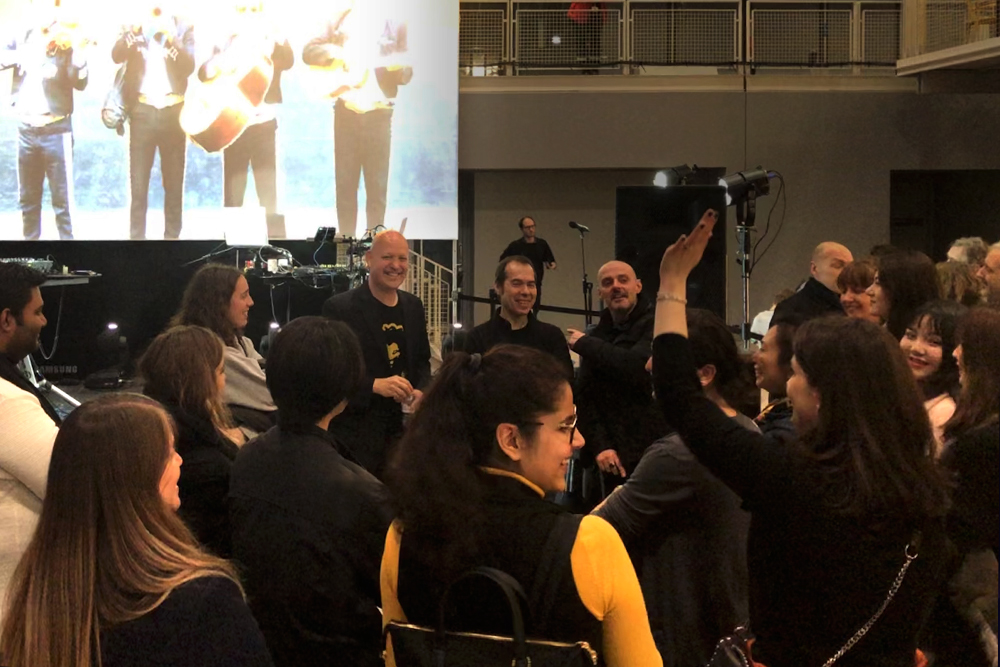 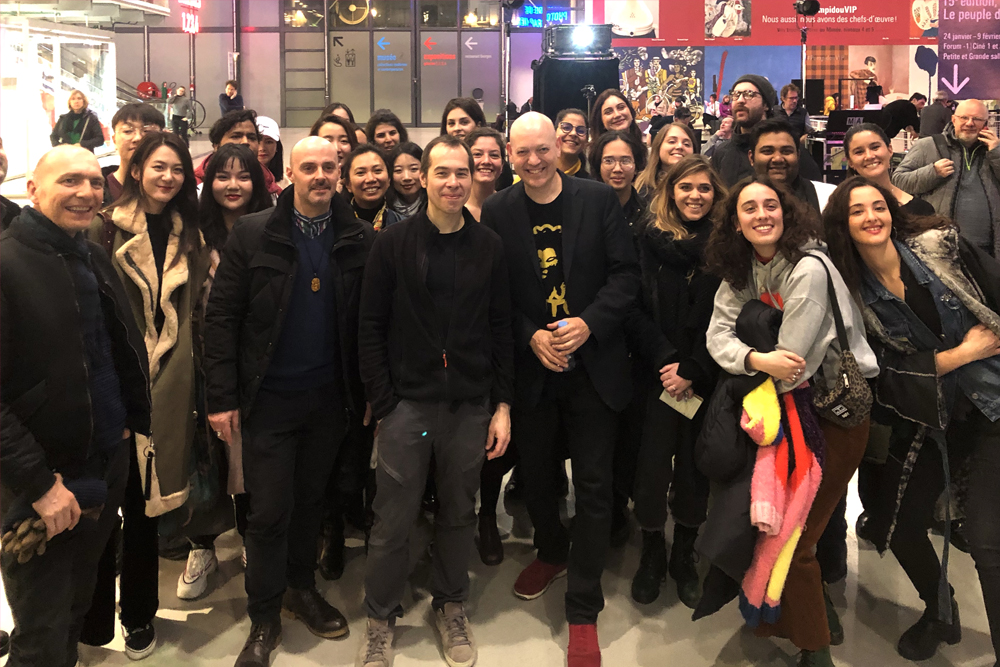 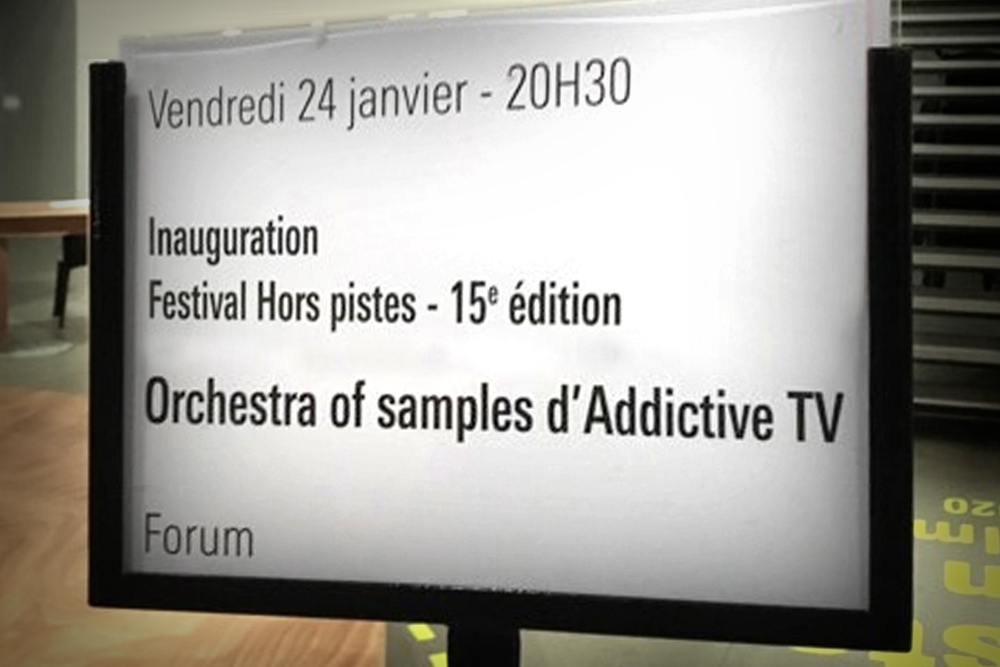 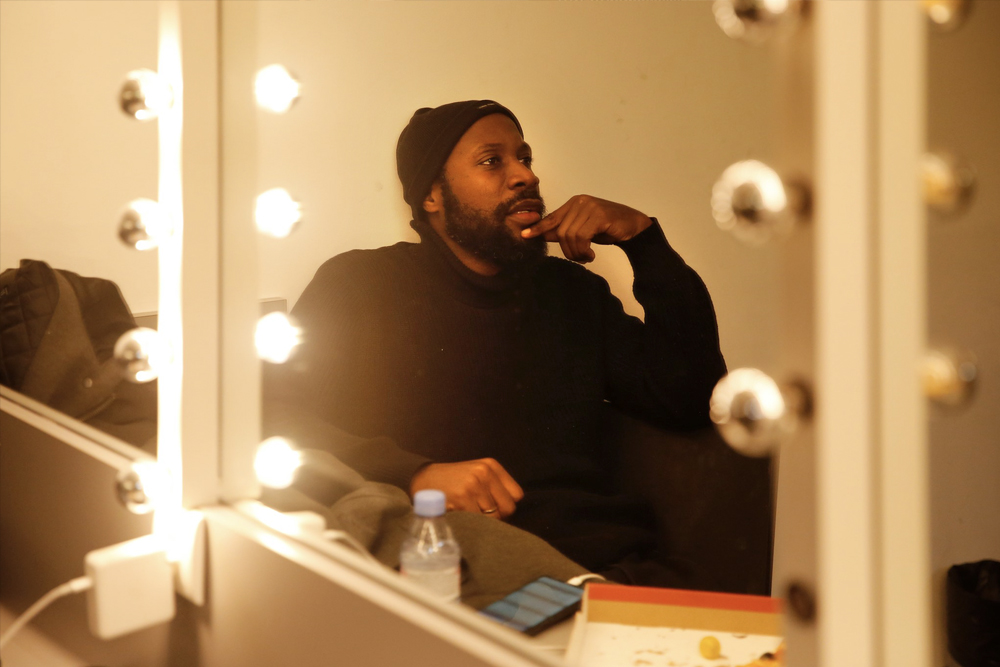 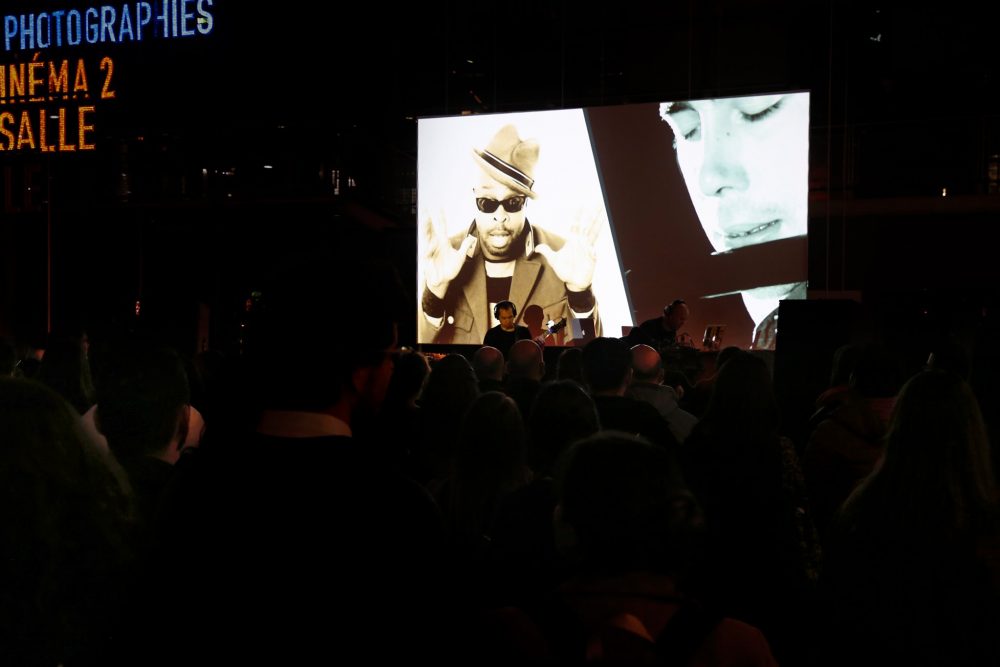 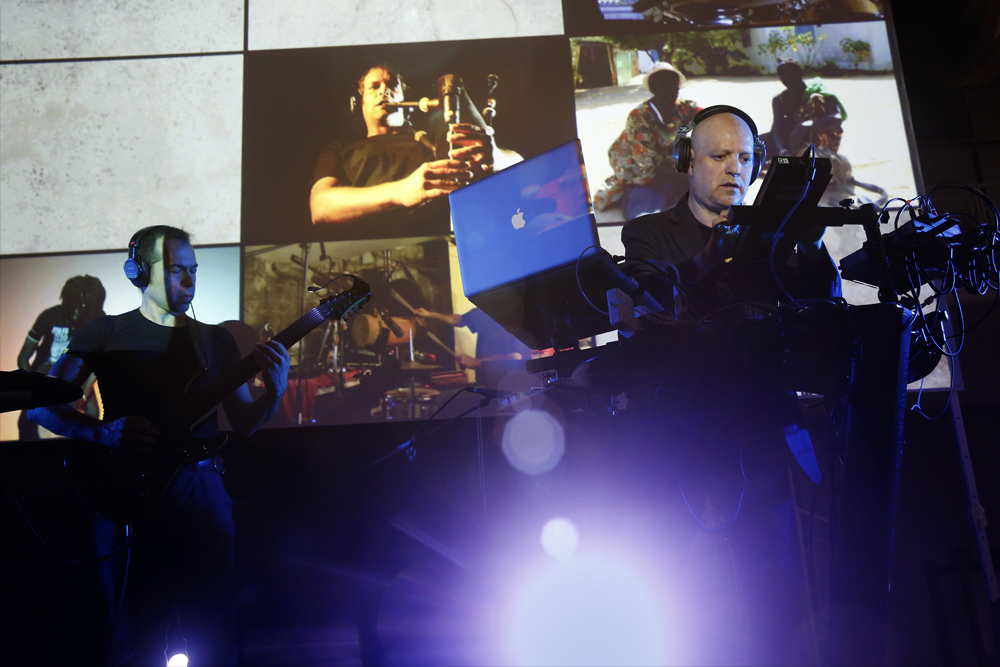 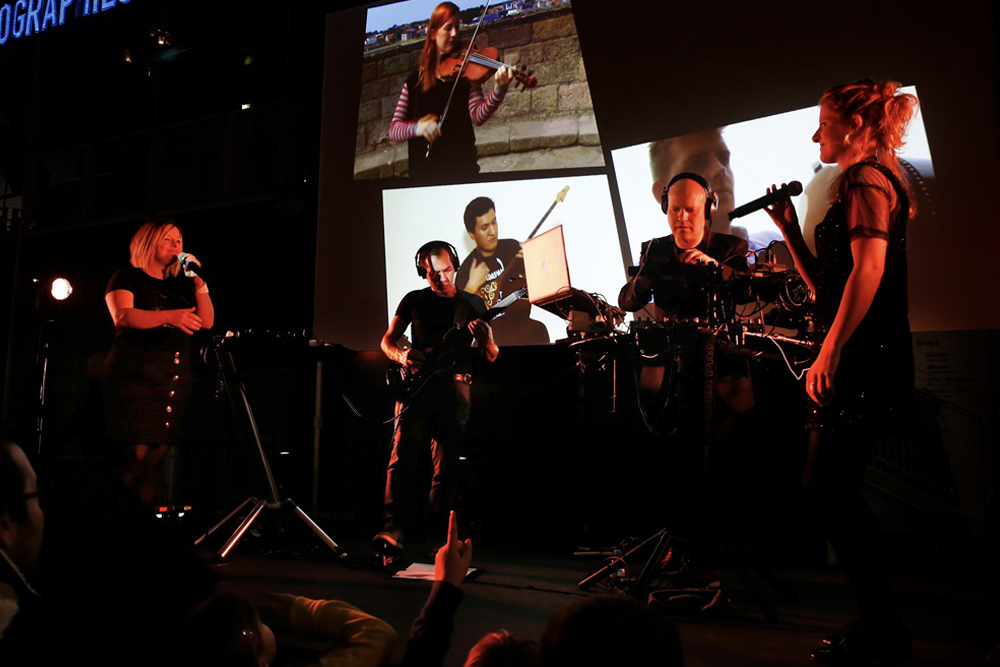 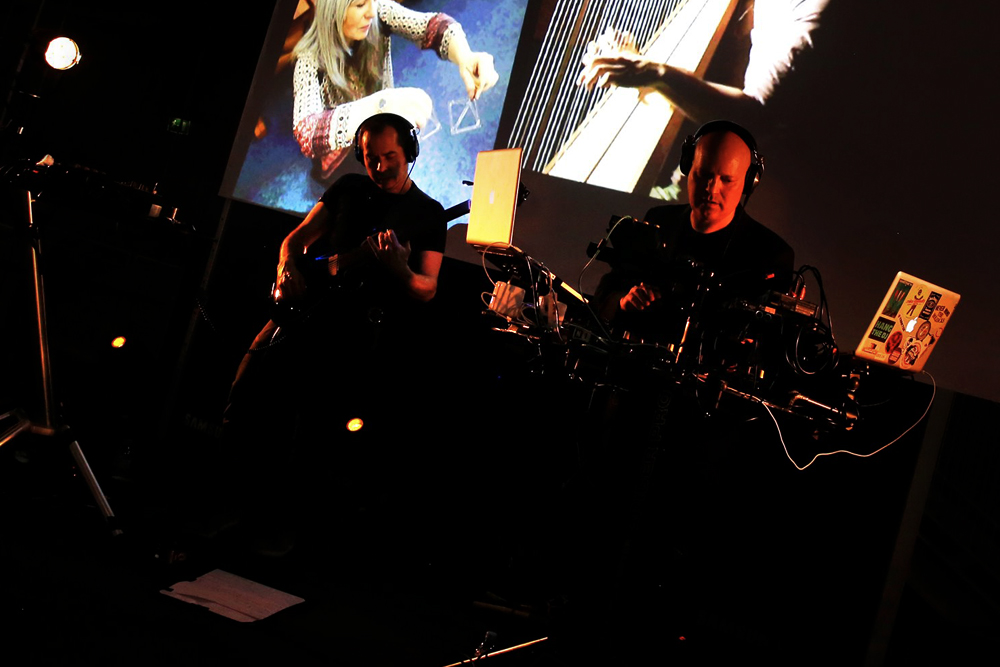 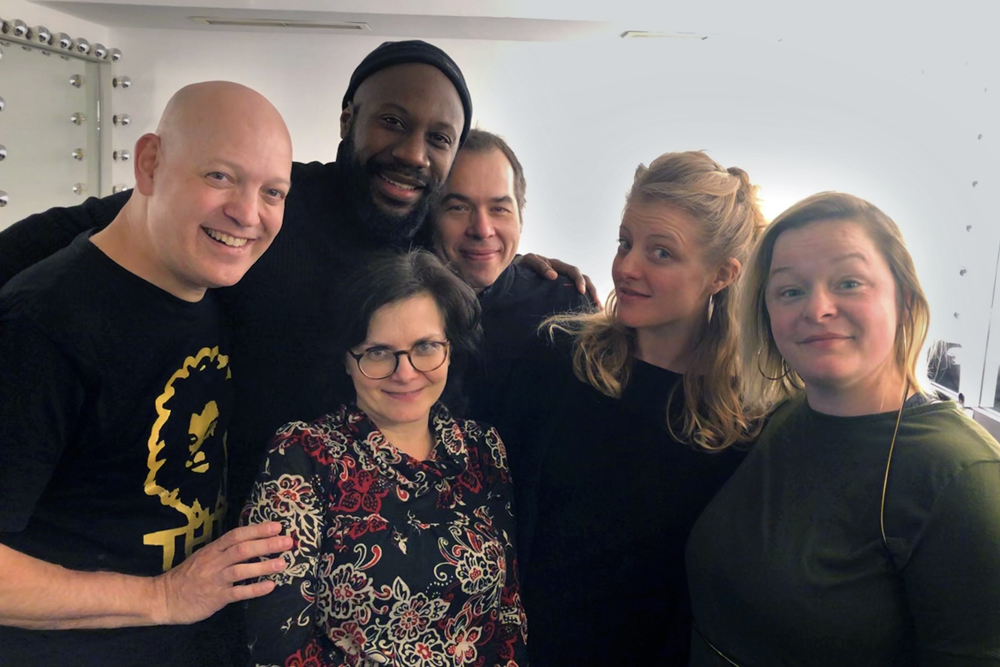 We’ve performed a couple of times at the Pompidou Centre, with different projects, and usually in their main cinema space, but this was the opening event in their large atrium area for the 15th edition of their Hors Pistes Festival. Guesting on the show with us were Ommm‘s Mélody Linhart & Marion Cassel, who we recorded some years ago for the project, and rapper Edgar Sekloka, who’s performed with us a number of times on the project, and who we also previously recorded and later sampled for our track Rapscallion.

A wonderful night but tinged with sadness in some ways, but great to see so many Parisian friends and familiar faces there!