It’s February 2020 and we’re working on a different project recording traditional instruments in Indonesia supported by The British Council’s Connections Through Culture programme, collaborating with Indonesian artist Tesla Manaf (aka Kuntari – who’ll we host next month in London at Plugged, the event we co-organise. UPDATE NOTE – due to the Coronavirus situation, this became an online streamed event). The artists we recorded in Indonesia were all fascinated by the concept of Orchestra of Samples and were also happy to be part of the project too, which was great as we hadn’t recorded in Indonesia, although had performed in Jakarta some years ago.

Nur Handayani, traditional singer, instrumentalist and long-time collaborator of Tesla’s, was the first artist we were introduced to.  The day before we both recorded her, Nur invited us as her guests to a traditional wedding in a small rural village outside of Surakarta that she was singing at, as part of a full Indonesian gamelan orchestra – the traditional percussive ensemble music of Indonesia.  The following day we recorded Nur in an arts centre still under construction, the premises being built around – and to architecturally include – the ruins of 19th century homes. We recorded her singing, playing kendang drum and Indonesian ribab (the upright single-string violin-like instrument), which is similar but different to a Moroccan ribab, which we recorded in 2019. 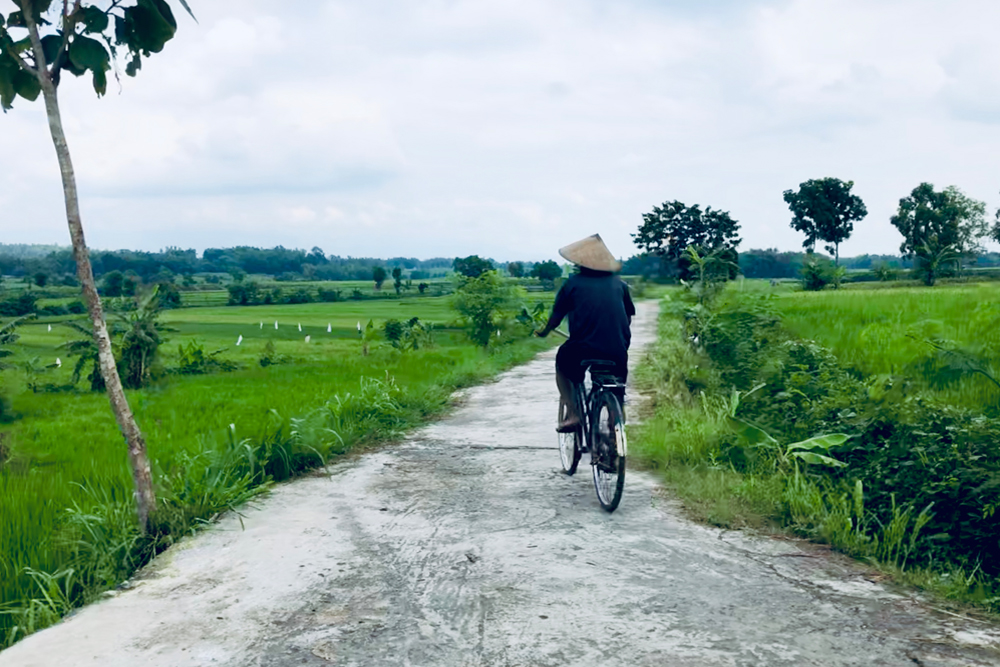 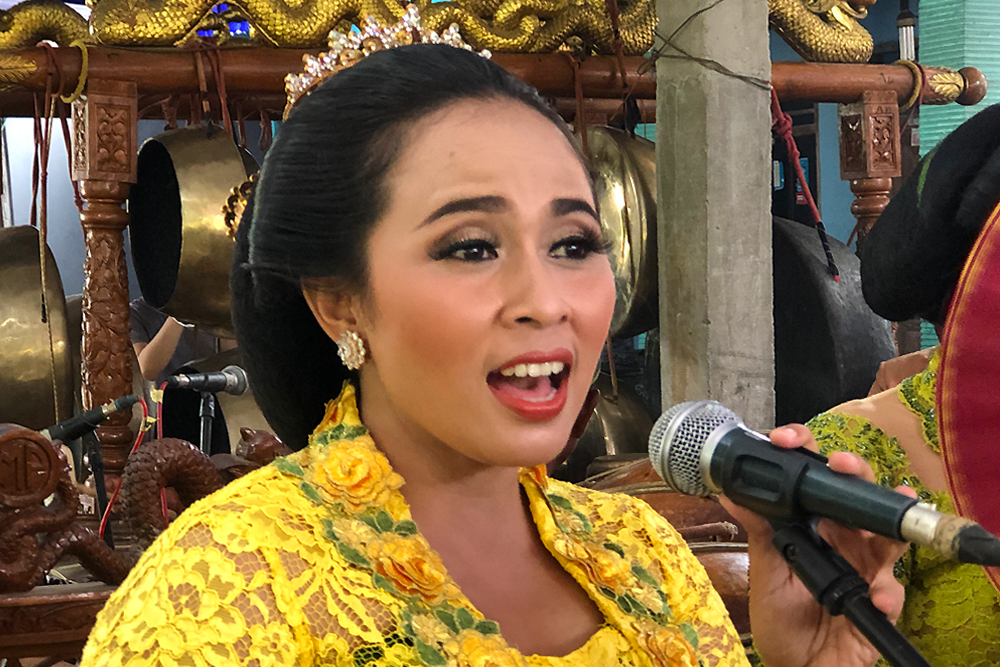 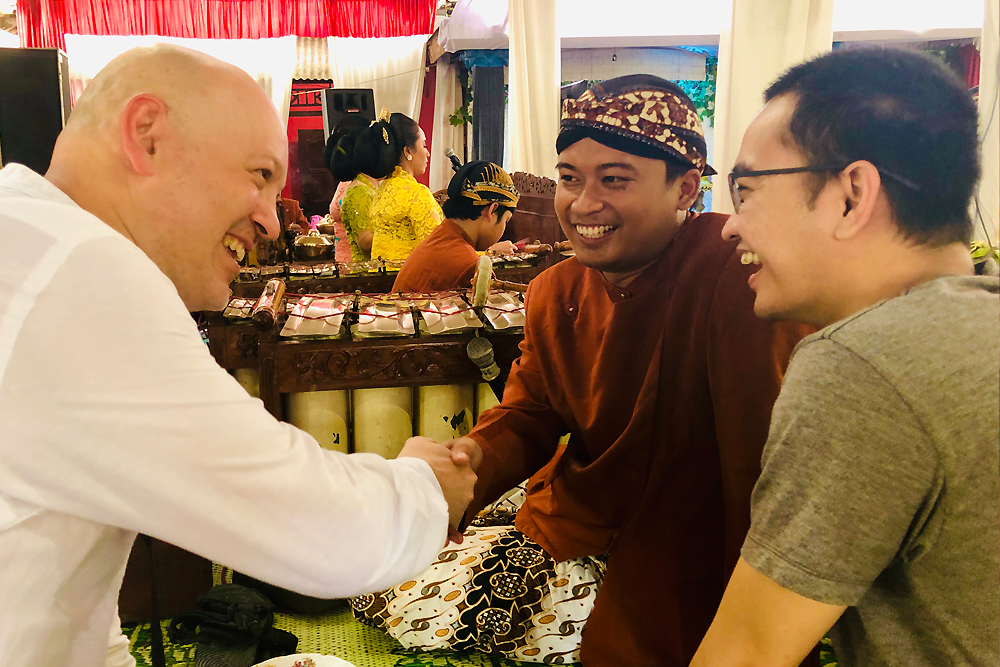 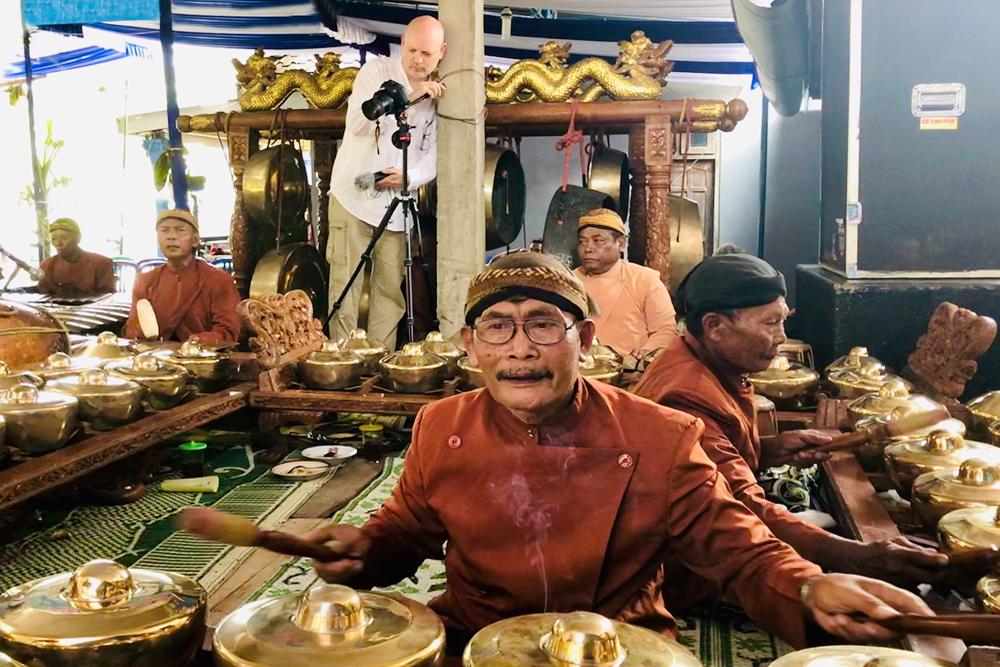 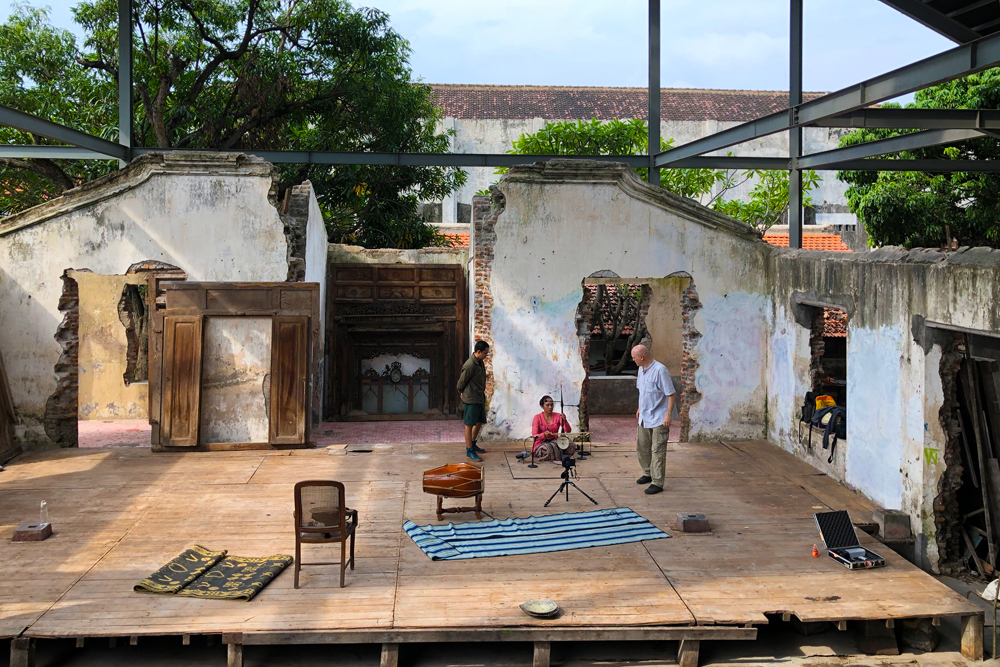 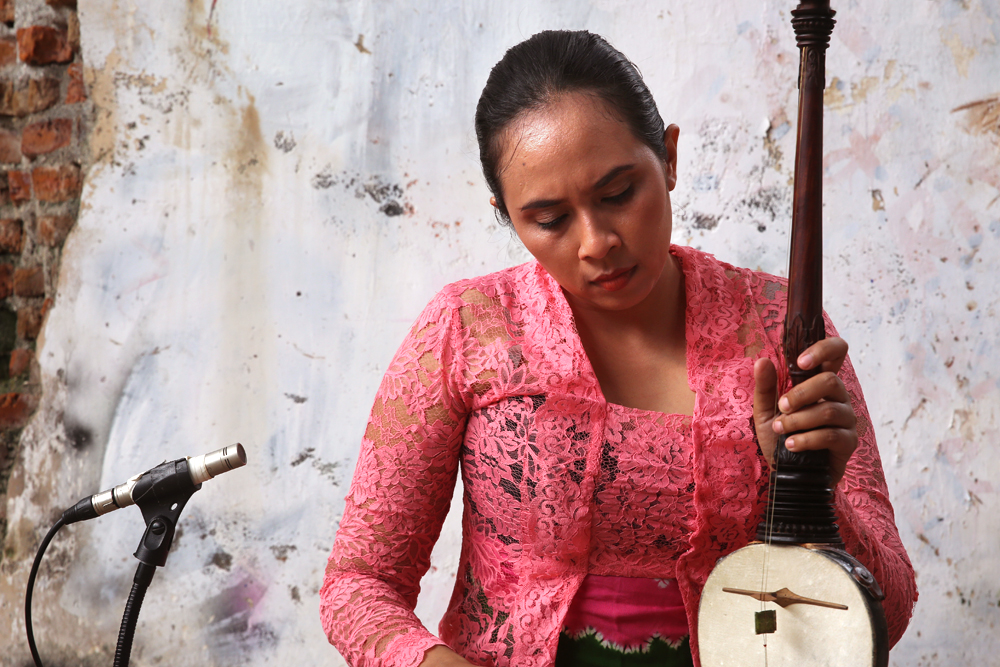 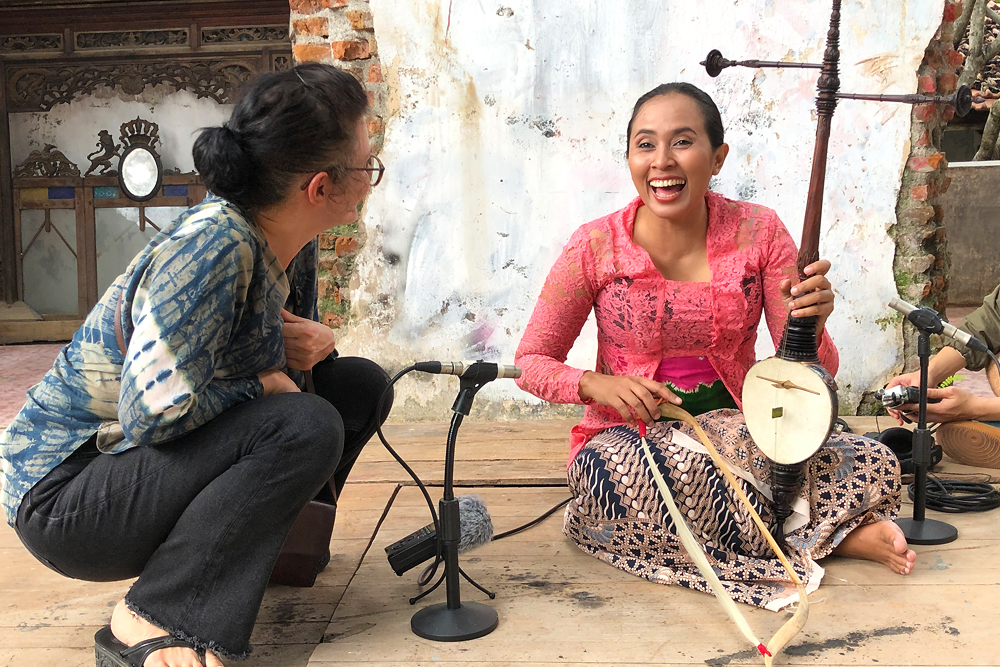 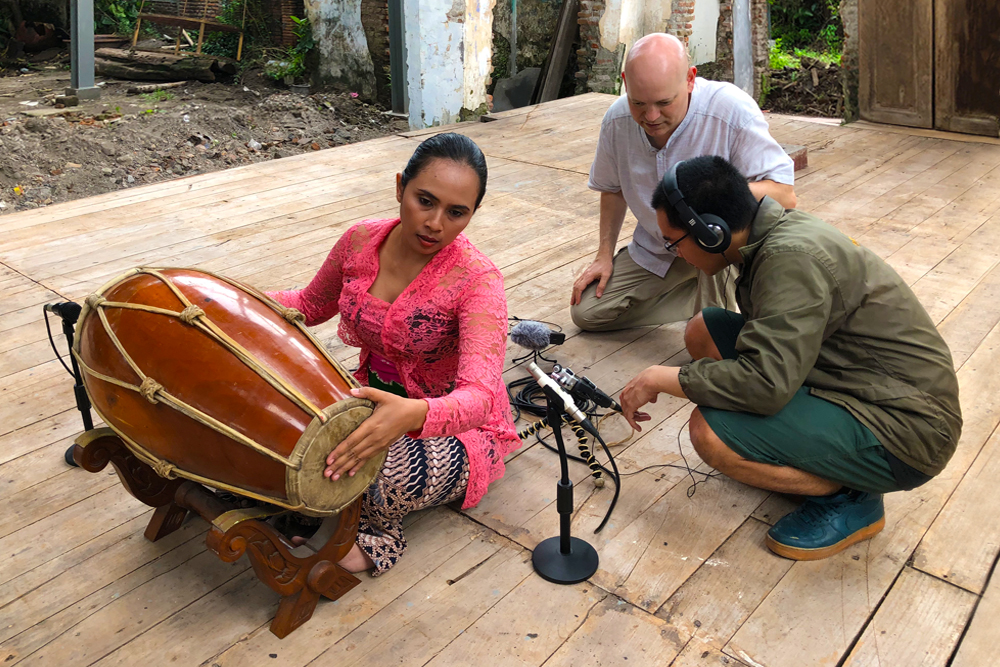 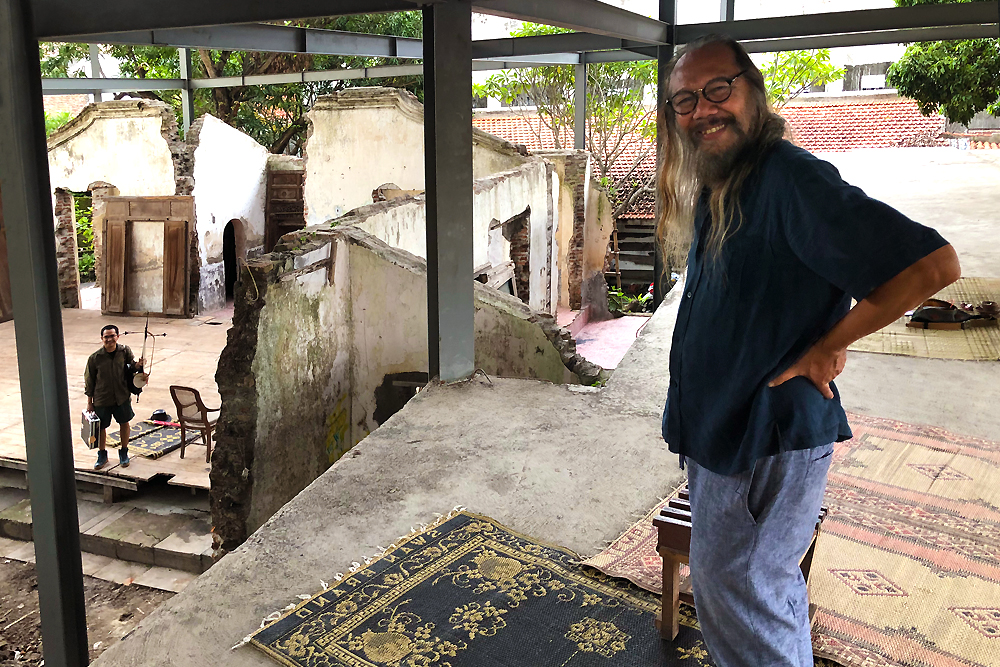 Nur first started learning music as a small girl at school, where she was first introduced to a gamelan. She later studied at the Institute of the Arts Indonesia in Surakarta, more commonly known locally as ISI – Institut Seni Indonesia, where she majored in karawitan – (classical gamelan music and performance practice).  She wanted to be able to play kendang and rebab, as well as sing with a gamelan, which is unusual as women usually only sing when part of a gamelan, who are known as sinden singers. Breaking traditions, Nur wanted to be able to play all three of these elements of a gamelan.

As well as performing at traditional weddings, Nur has performed internationally with her own work, including in Singapore, Turkey and a number of European cities.  Her favourite music is gamelan-singing, both classical karawitan style and wayang kulit – the shadow puppet style performance in which a gamelan orchestra is an integral part).  Rather unusually though, she also likes heavy metal, particularly the American band Lamb of God!

With huge thanks to Sardono Kusumo.