In early 2012 French venue and recording studios Canal 93 came on board the project, helping to part-fund Orchestra of Samples, offering us a place on their artist-in-residence programme. In June 2012 we headed over to the French capital for a few days of recording in their studios in the Paris suburbs of Bobigny, working with over a dozen amazingly talented musicians, some from as far afield as Algeria and Togo.

We spent the first morning filming and recording the award-winning  Ommm, the wonderful five piece acapella band of Manon, Mélody, Marion, Mathis and Sam (aka Waxybox).  They inject good dose of experimentation in their music, especially as they all come from very different musical backgrounds, including jazz, classical, scat, funk and beatboxing.  In the last three years, they’ve toured all over Europe and Asia, and will release their first album in autumn 2012.

2020 UPDATE NOTE:  In January 2020, Melody and Marion performed with us on Orchestra of Samples at Pompidou Centre, Paris.

We were also fortunate enough to do a recording session with the fantastic kora player Djeli Moussa Conde. Originally from Guinea and born into a griot family, he’s now lived in France for nearly 20 years.  He’s collaborated with many of World music’s top international stars including Manu Dibango, Salif Keïta, Mory Kante, Alpha Blondy and Césaria Evora.  He’s just released an album with fellow band-members Vincent Lasalle on drums and Jouni Isoherranen on bass, both whom we recorded too. 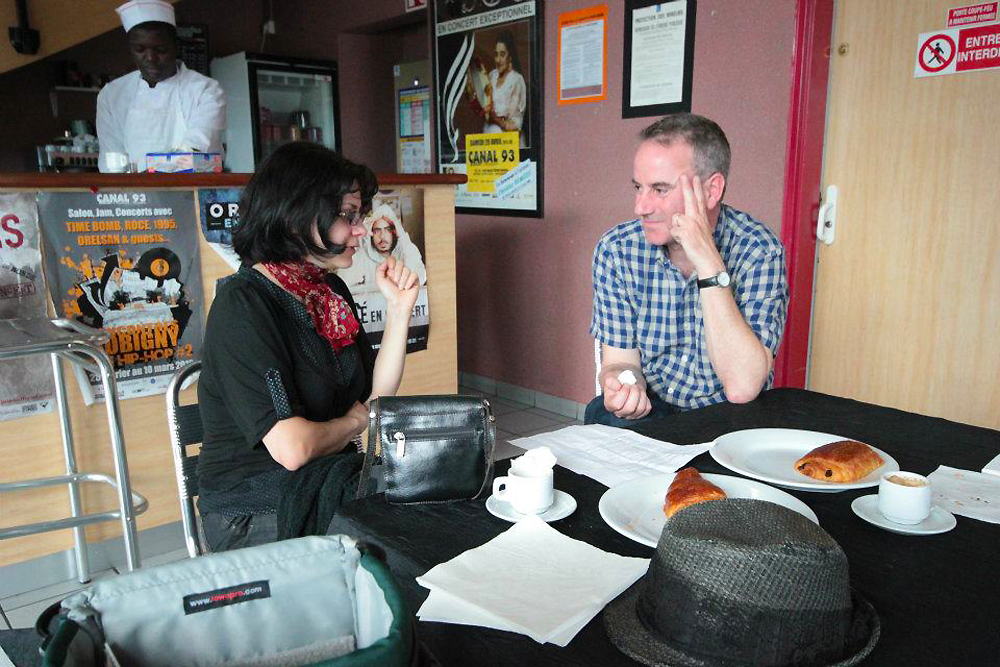 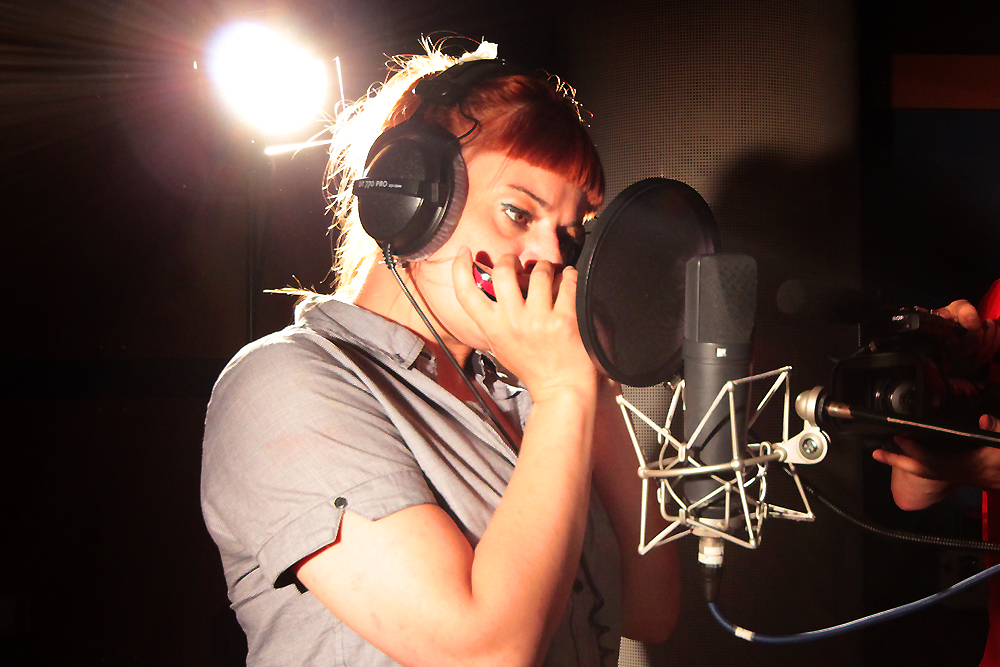 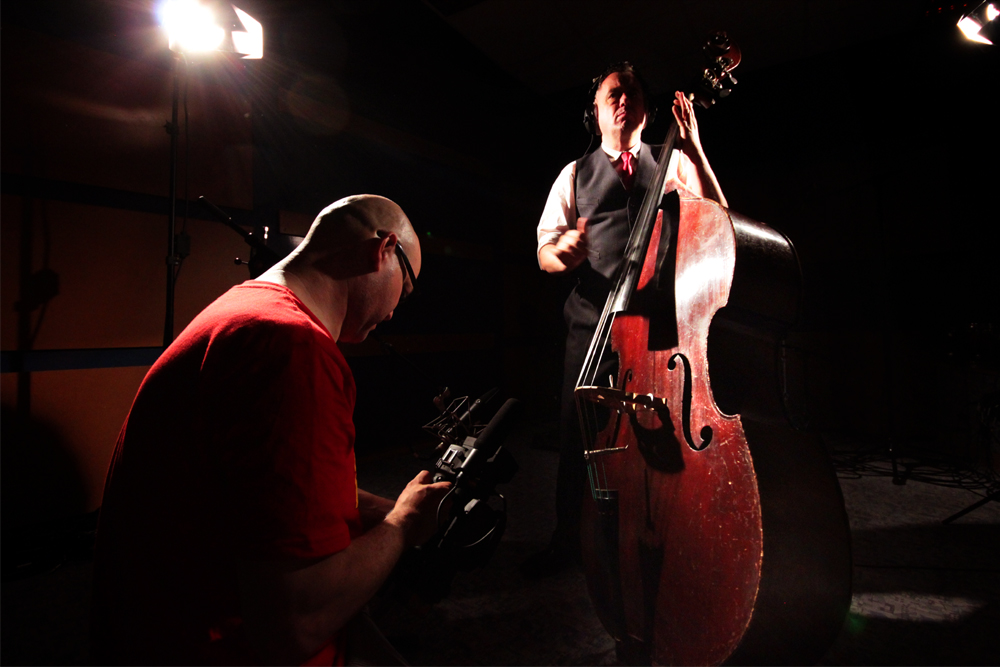 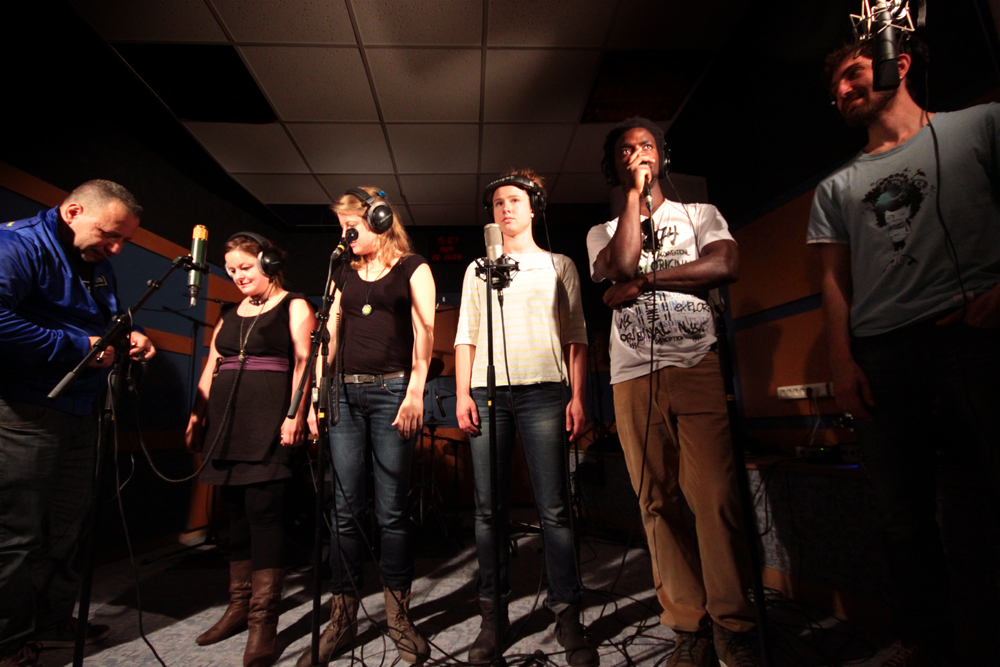 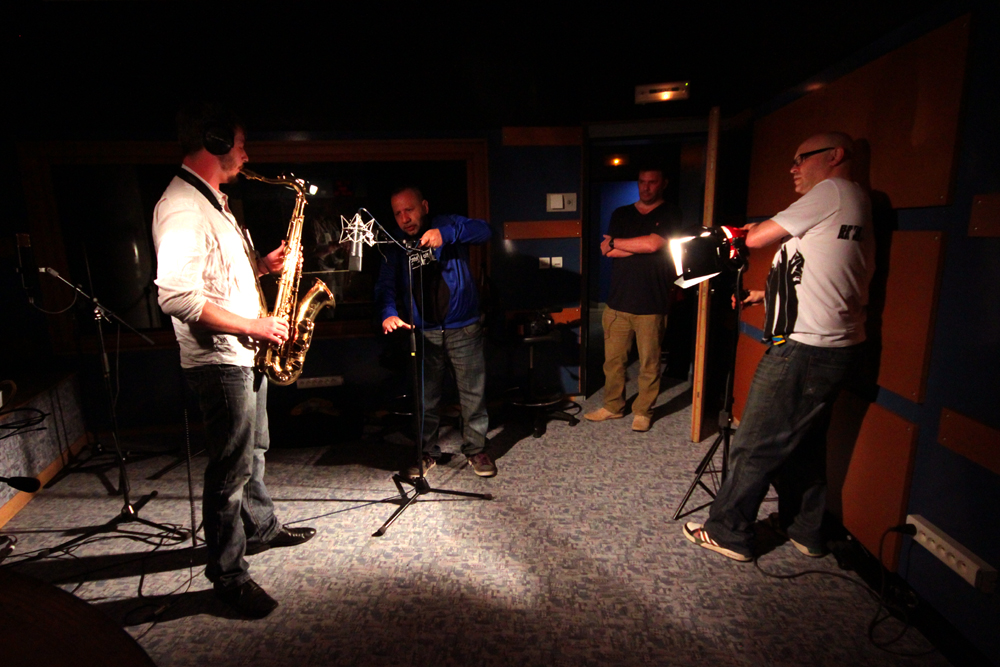 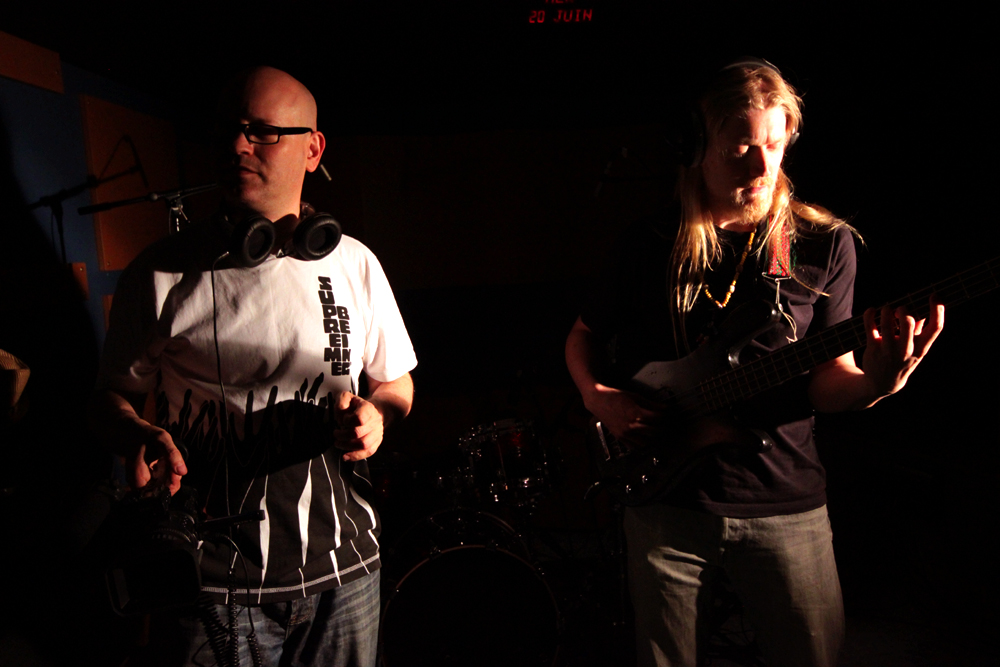 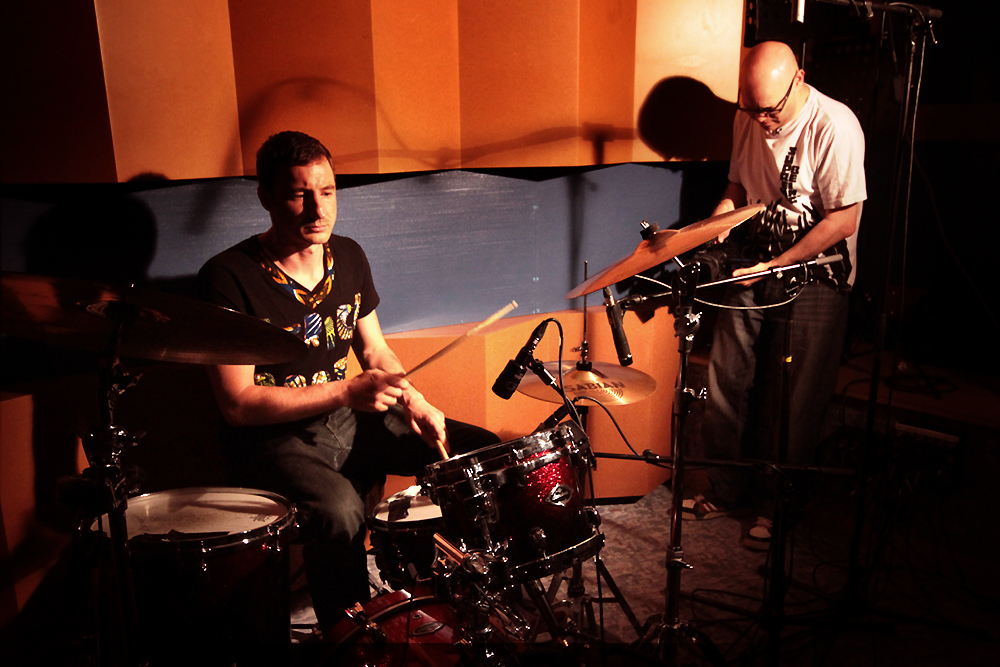 We also recorded a session with Nëggus, from the act Nëggus & Kungabram, who’s a poet, rapper and a spoken word slamer from Togo with an incredibly hypnotic and deep baritone voice.  An outspoken artist who writes about the human condition, he’s now collaborating with the Paris-based quintet Kungobram – which includes saxophonist Adrien Roch, who we also recorded.

We were then introduced to Sarah Olivier and Stephen Harrison, two musicians who regularly work together and are currently recording an album. Sarah is a Parisian perhaps best described as ‘an eccentric blues singer’, her lyrics tell tales of women and desire, with tongue-in-cheek humour and a certain, well, ‘je ne sais quoi’. Her collaborative partner Stephen, originally from the UK, is an incredible doublebass player who told us his amazing sounding doublebass was over 100 years old and made of wood from Siberia! Mind-blowing just to think of all the musicians who’ve owned that instrument…! 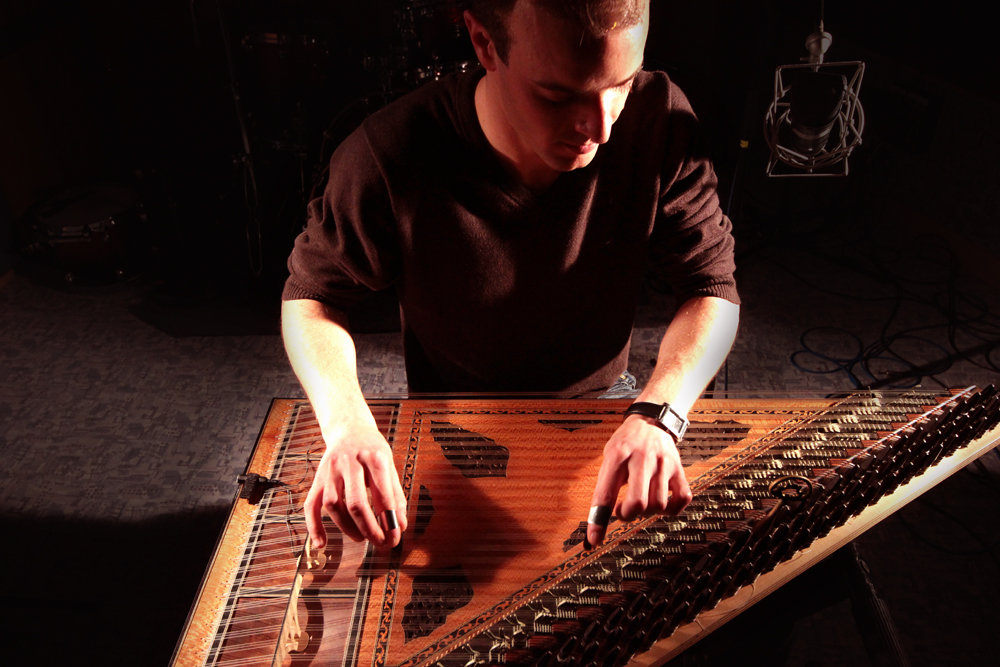 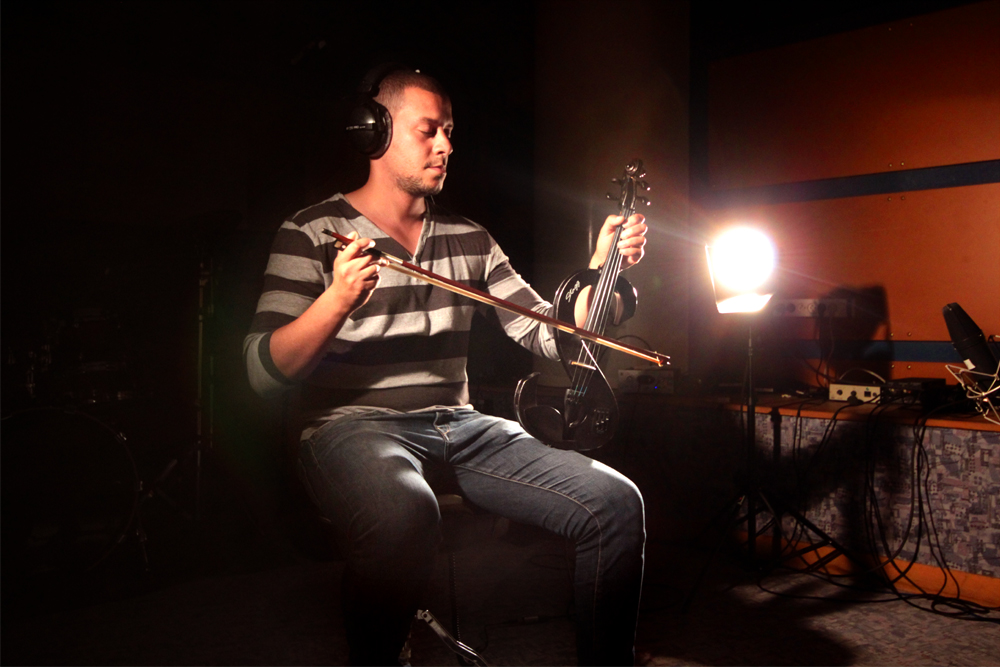 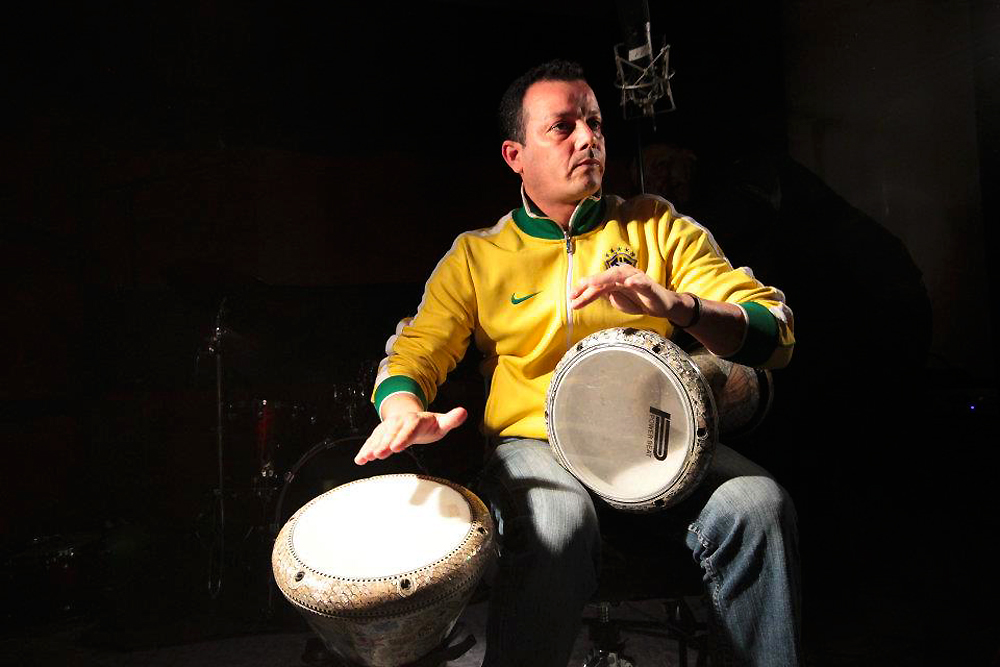 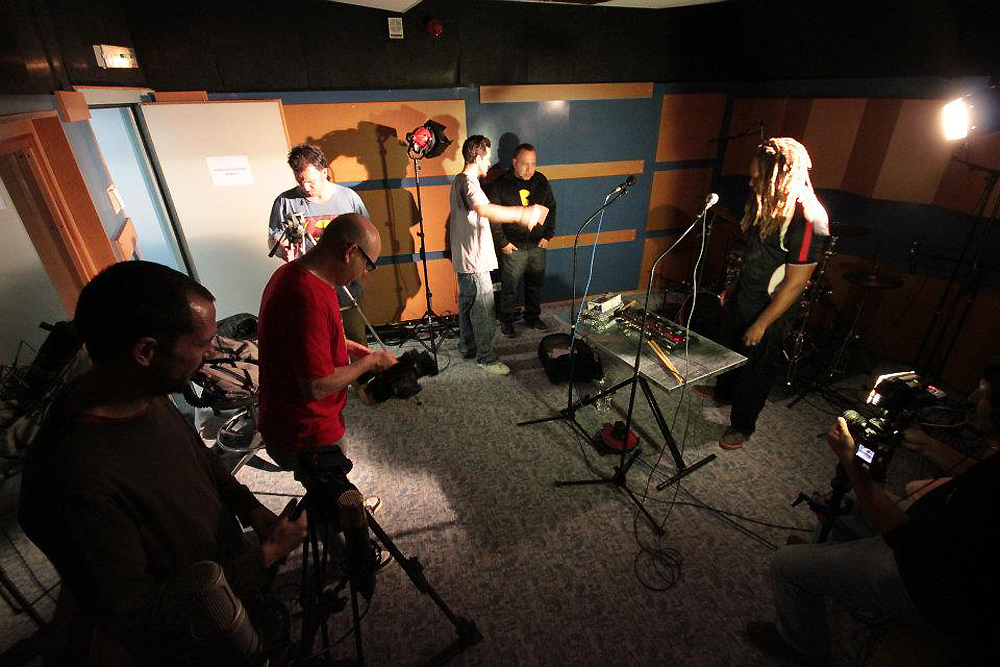 Last to be recorded on that day was Tunisian-born Khalil Chekir who’s has been playing the kanun (or Qanun) since the age of nine.  A beautiful and very complex oriental harp with microtonal subtlety, the instrument dates back to the 10th Century and has been enjoying a revival since the mid-19th Century.  Khalil’s versatile style has allowed him to collaborate with a number of different artists, including Lebanese singer songwriter and cultural icon Wadi El Safi, tunisian singer Syrine Ben Moussa and French artist Moussa Youssouf from the Indian Ocean island of Comoro.

The next day we recorded members of Algerian band Djmawi Africa. Formed in 2004 by Algerian guitarist-singer Jamil, the band now boasts nine musicians playing both traditional and modern instruments, their style varying from reggae to Algerian chaabi. Performing internationally, they recently recorded their second album at Canal 93, where we were able to record frontman Jamil playing guembri guitar and some of his fellow band members Fethi on violin, Mhamed on saxophone and Zoheir on darbuka.

Lastly was poet, actor and rapper D’ de Kabal with a very unusual vocal style, his solo performance is something to be experienced; live sampling and looping where he puts on different voices, creating characters who describe the urban world with poignant accuracy.  He’s lent his voice to a wide range of hip-hop and jazz projects, released a number of solo albums, and has recorded with the French rap band Assassin and with French metal band Lofofora.  He’s also acted in several plays, including a French version of Malcolm X.

With massive thanks to Mark Gore and his team of Emmanuelle, Mouloud, Alex and all at Canal93 for supporting the project and making these recording sessions happen.