While in the Portugal for the music industry conference WOMEX (abbreviation of World Music Expo, as it focuses on world music), we were introduced to multi-instrumentalist Carlos Rodrigues aka Kabeção – a wonderful self-taught musician, instrument developer and sound explorer.

Based in Parede, an hour or so along the coast from the Portuguese capital Lisbon, Kabeção’s been instrumental in recent developments of the handpan (also known as the pantam), working closely with instrument maker Yishama, helping create new designs in what is more akin to a new generation of lap played steelpan drums than to what may look like a hang drum (such as we recorded in Madrid some years ago). If you’re interested, here’s an article on the difference between the instruments. 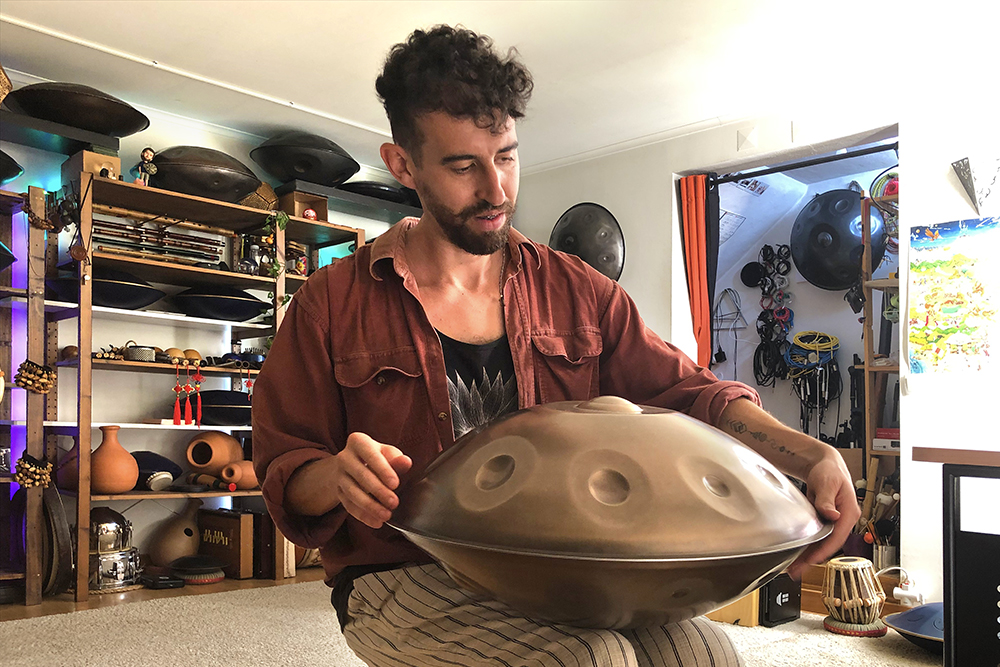 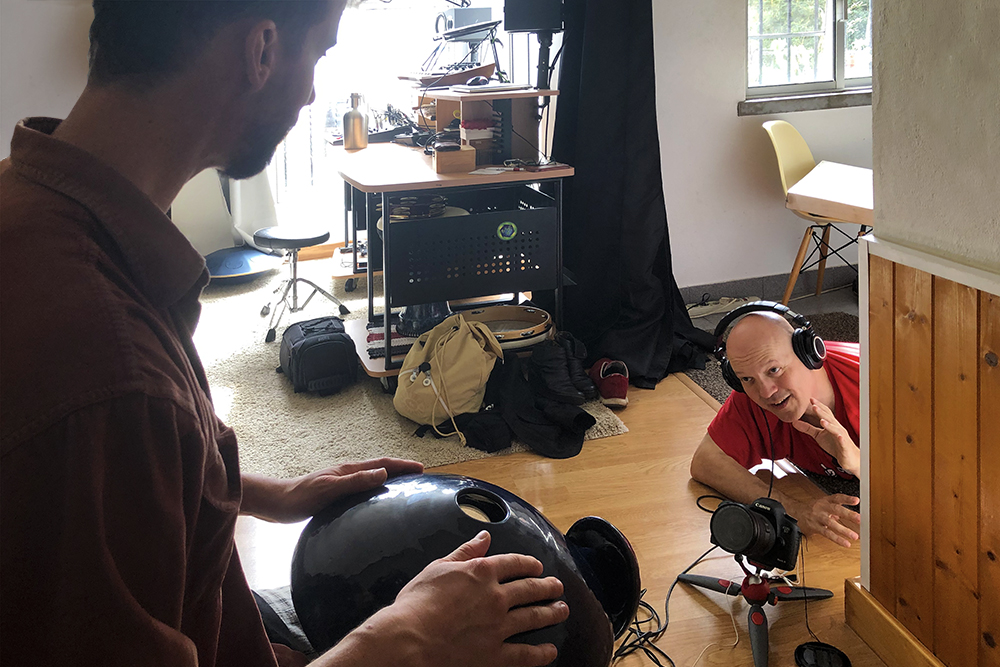 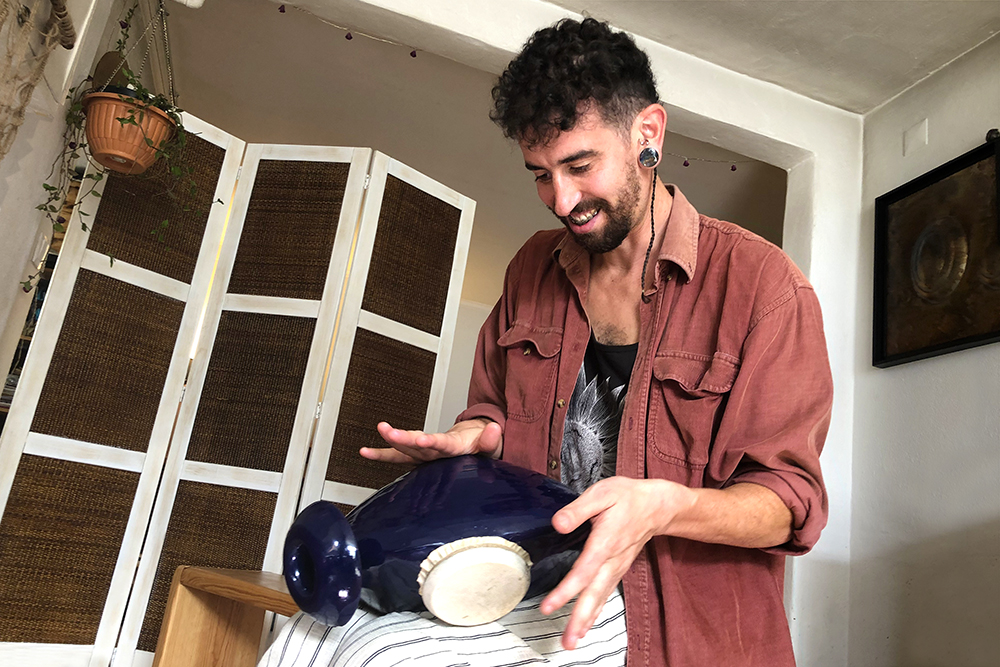 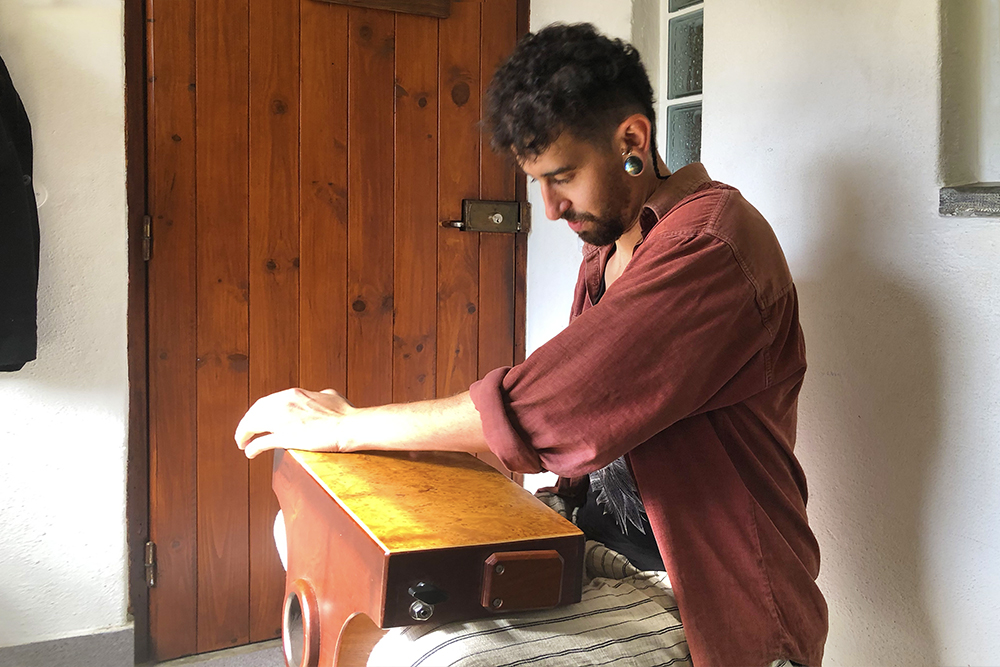 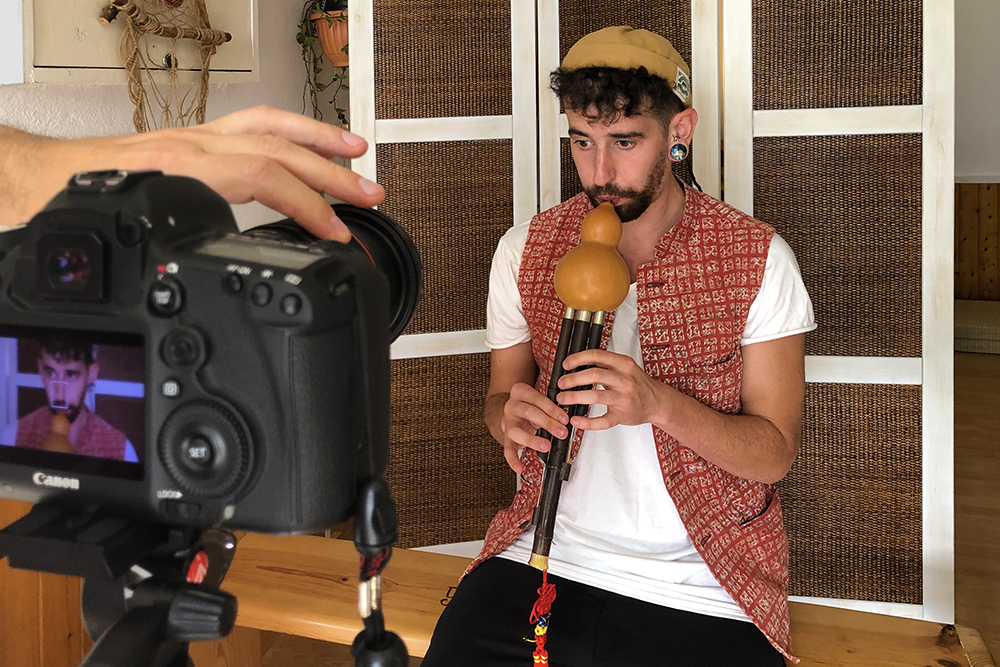 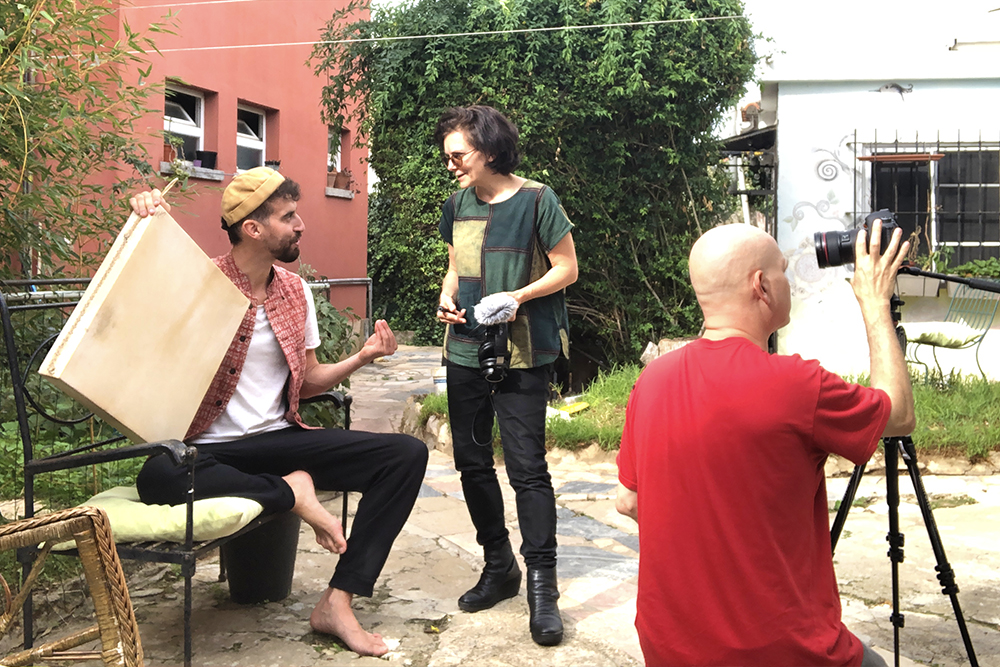 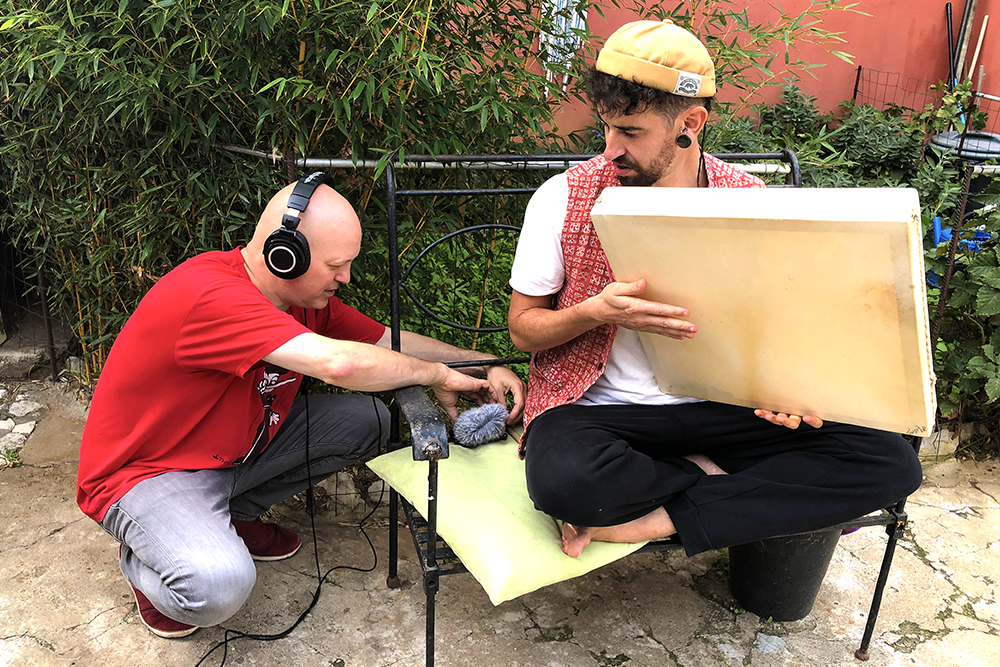 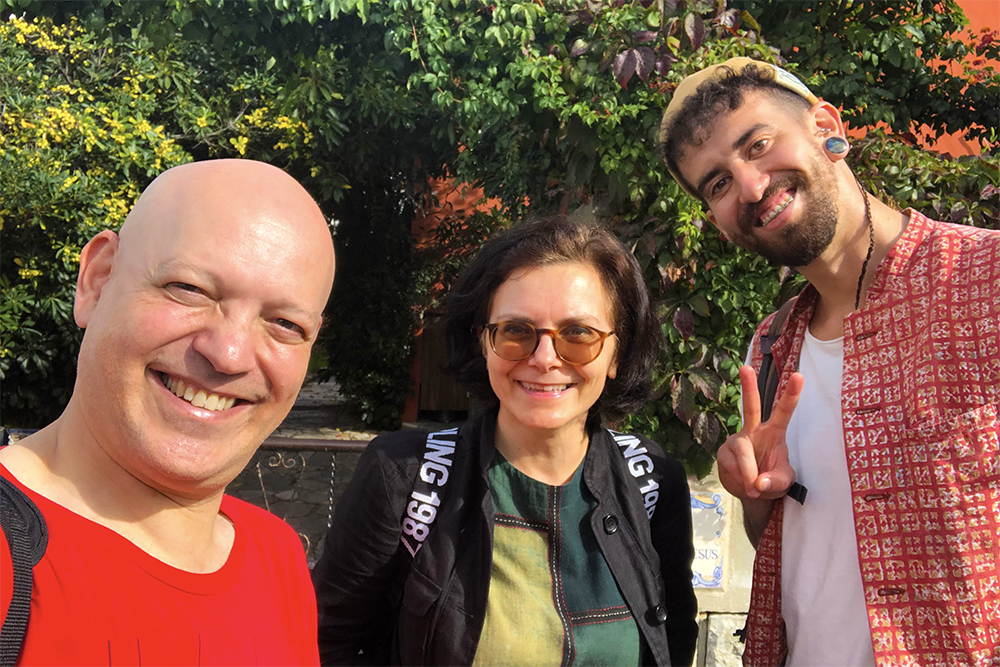 Since his early youth, and with no formal training, Kabeção has always loved exploring sounds with percussion and rhythm, from strings to woodwind he experimented, composed and recorded. He’s since collaborated with a number of different projects, including ethno-contemporary group Khayalan and electro tribal dance band T3ka and in 2015, he was finalist on television’s Portugal’s Got Talent – you can see a clip of his performance here.  As well as a compilation and an EP, he’s released three albums to date, Touching Souls (2017), live album The Bell Cave recorded at the bell shaped caves of Beit Guvrin National Park in Israel (2018) and Freedom Expressions (2020).  Also in 2020 he set-up a weekly school with instrument maker Yishama, teaching the handpans / pantams.

It was an absolute pleasure spending the afternoon together and we were really appreciative of the time Carlos gave us, as we ended up recording a whole number of instruments with him from his huge collection, including a handpan, a cajonico, (a newly developed percussion instrument combing elements of a cajón and bongos), a customised udu (the Indian clay drum) that he designed (adding a small drum skin, closing one of the openings), a Chinese hulusi gourd flute, and adufe (the traditional Portuguese square frame drum typically played by women).

Do check out his Spotify and his Bandcamp!

Massive thanks to Helena and Nicole Anna Maria from Primal Gathering for all the introductions!