October 2022 and we were in Lisbon, Portugal, at the huge music industry conference WOMEX (abbreviation of World Music Expo), an event that focuses on world music, with talks, showcases and evening concerts.

While there we also took the opportunity to record musicians, particularly those playing traditional instruments, such as adufe drums, bagpipes and fado guitar. We’d been introduced to some members of Portuguese 10-piece band Criatura, and they were up for being recorded for Orchestra of Samples. 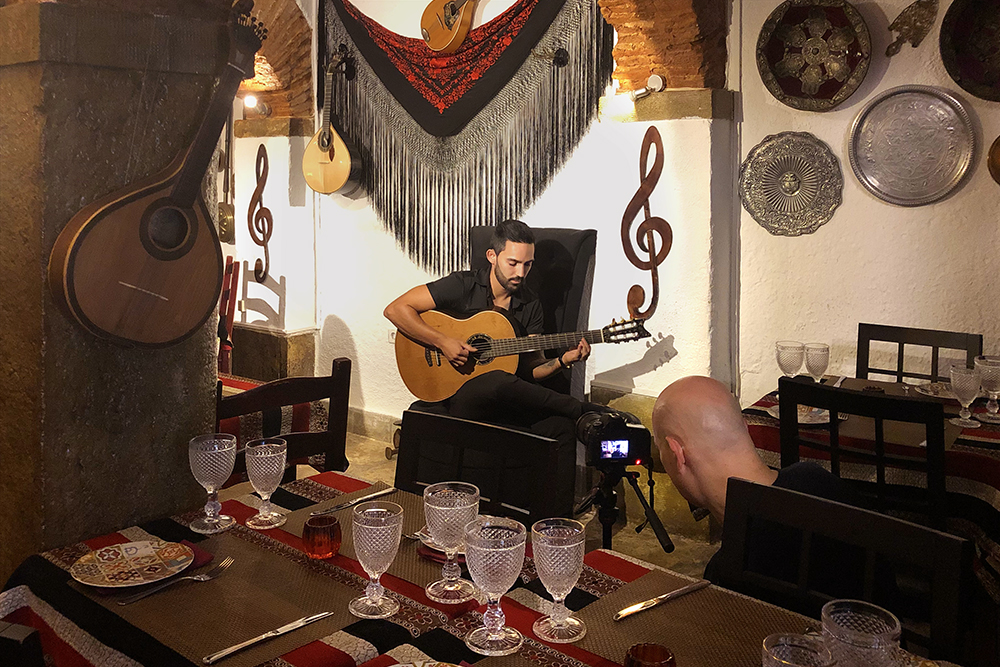 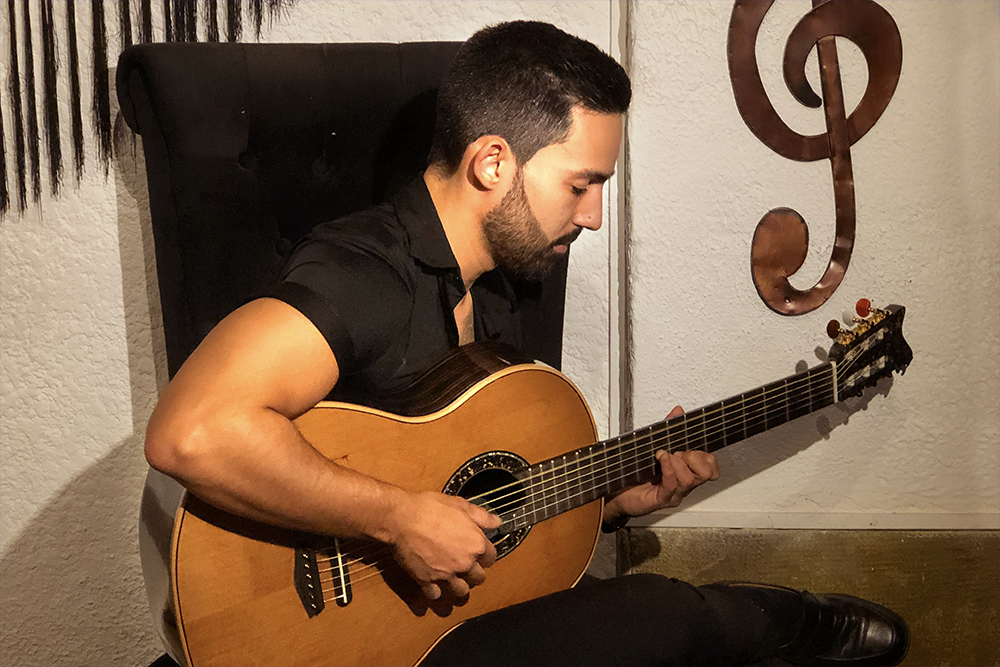 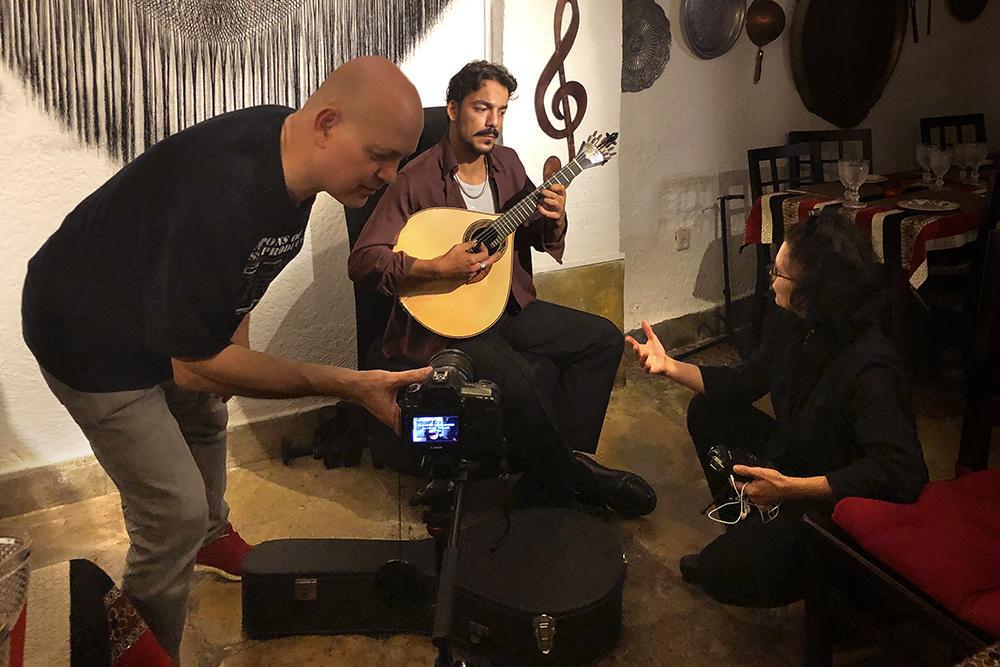 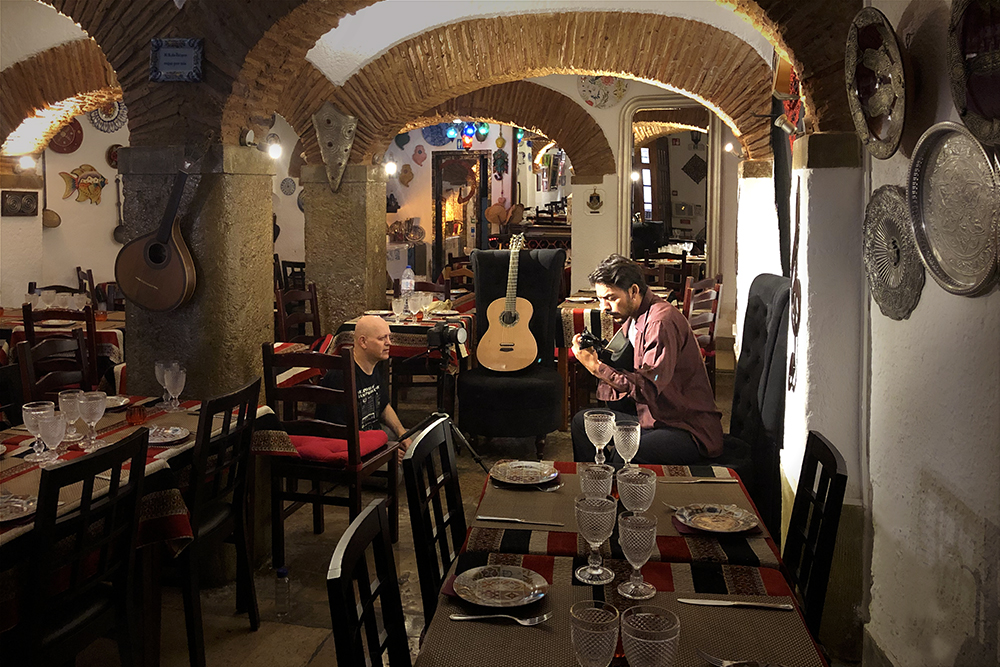 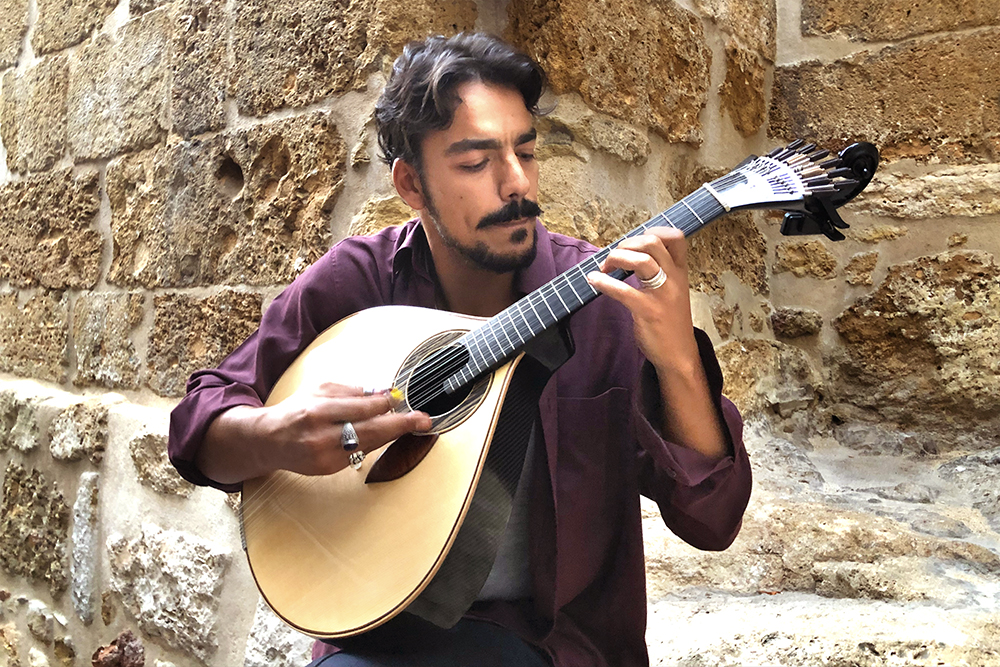 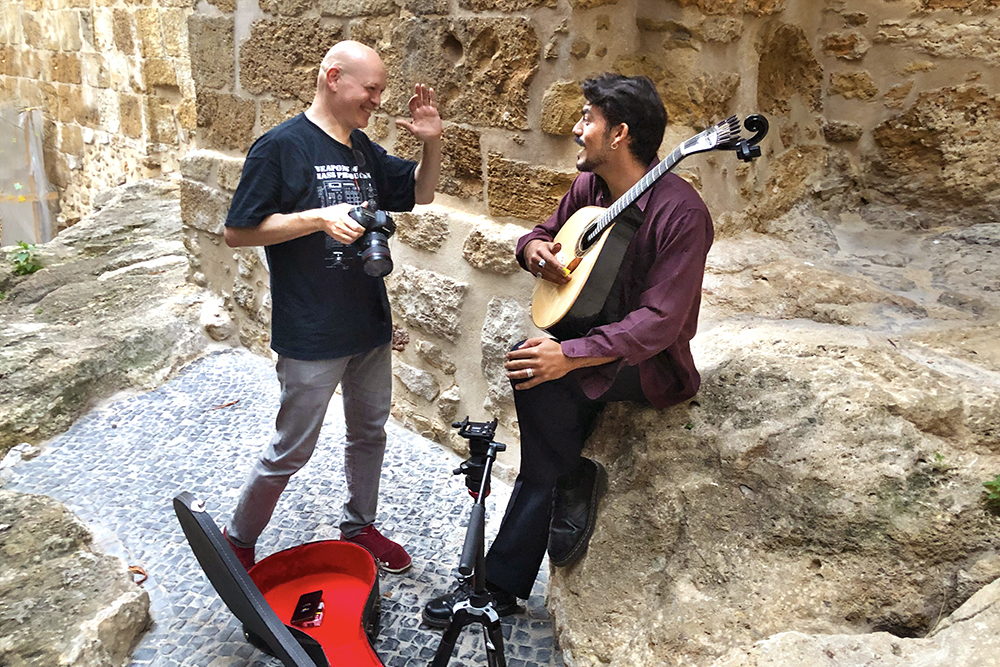 In fact, only an hour or so after landing in Lisbon, we were recording fado guitarists Acácio Barbosa and David Moura, as both were performing that evening and Acácio was flying out the following day. We recorded the pair in a traditional fado house – a type of restaurant that’s typically small and offers traditional Portuguese food and live fado music. This particular fado house São Miguel D’Alfama, located in the old Jewish quarter, has been in David’s family for three generations and opened in 1945, it’s one of the oldest in the whole Alfama district of Lisbon!

Fado can be traced to early 17th century Lisbon, but likely has much earlier roots, and is one of several Portuguese music genres that found their way to distant lands and are historically linked to sailors and port traders, such as kroncong music is in Indonesia – which we were lucky enough to record in Surakarta in 2020. As well as in the fado house, where David played a 6 string viola guitar, and Acácio his traditional pear-shaped 12 steel-string fado guitar, we also recorded Acácio in the street too.  For info, as well as being part of Criatura, Acácio is also one half of duo Port Do Soul. 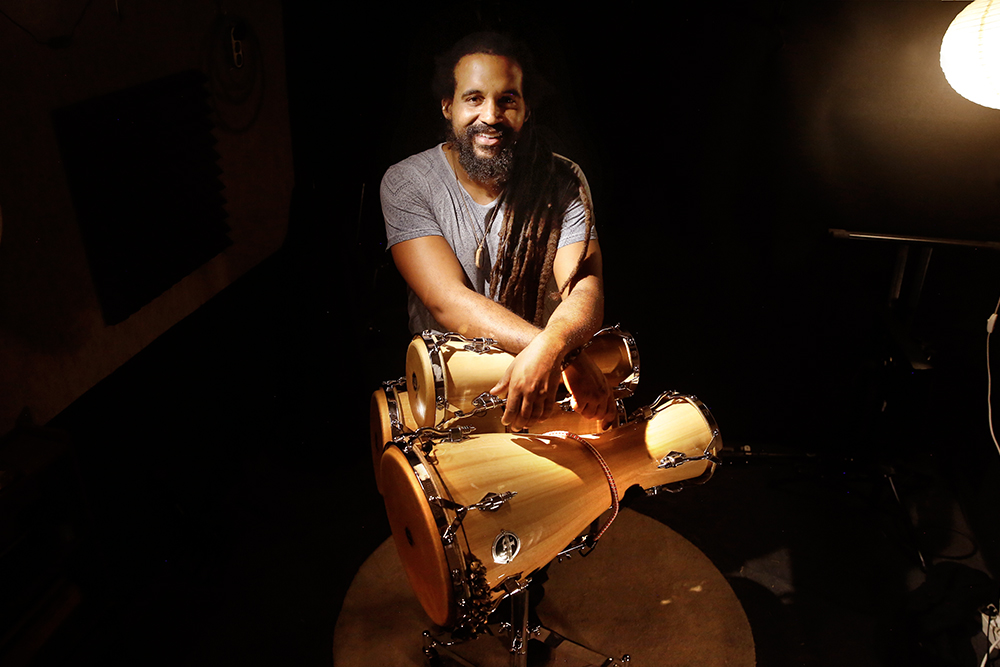 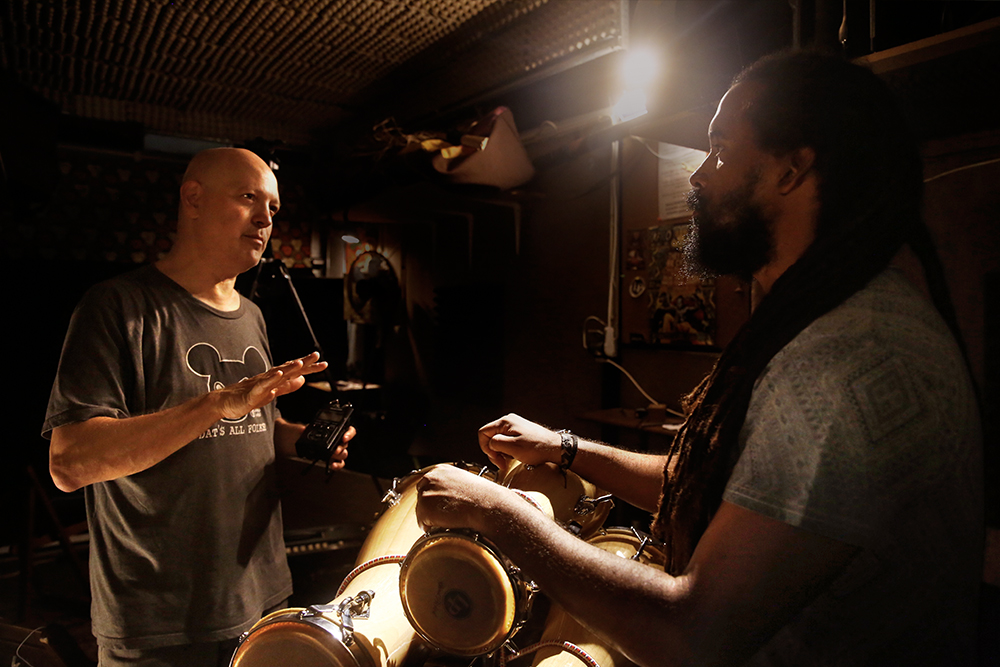 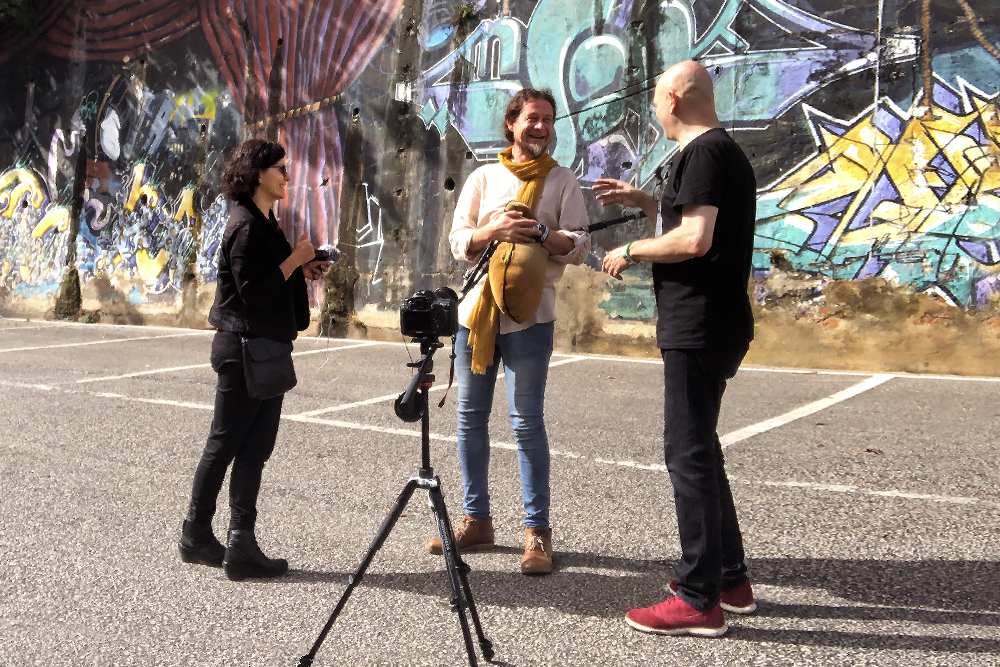 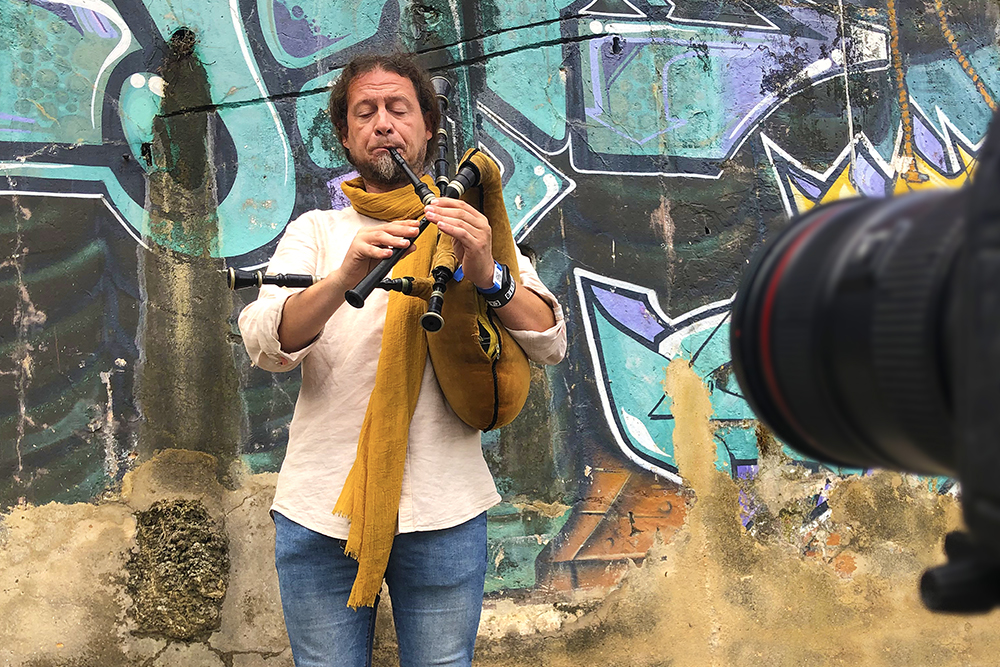 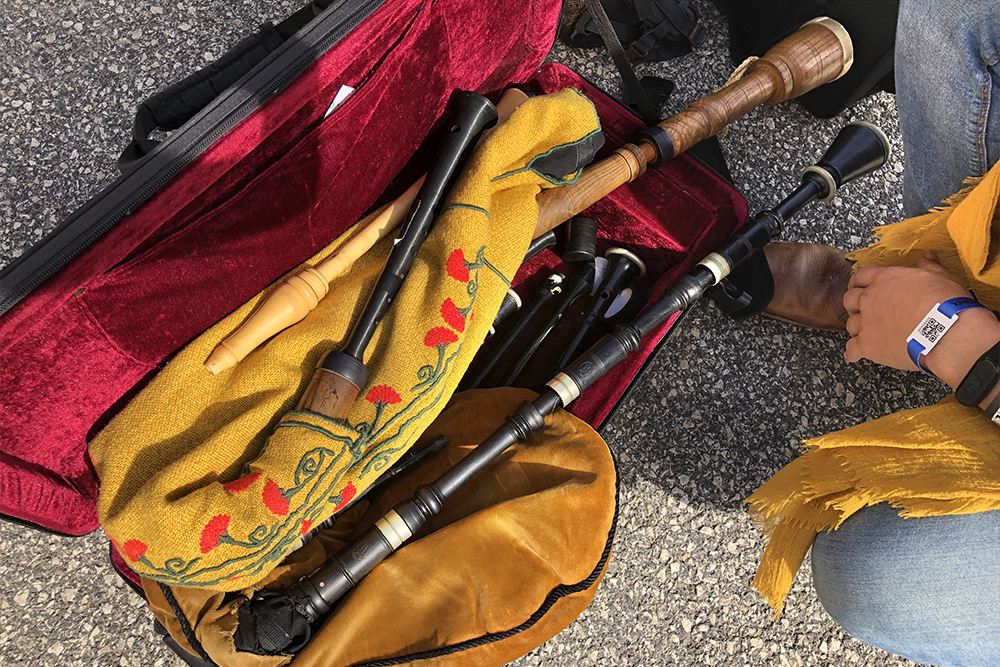 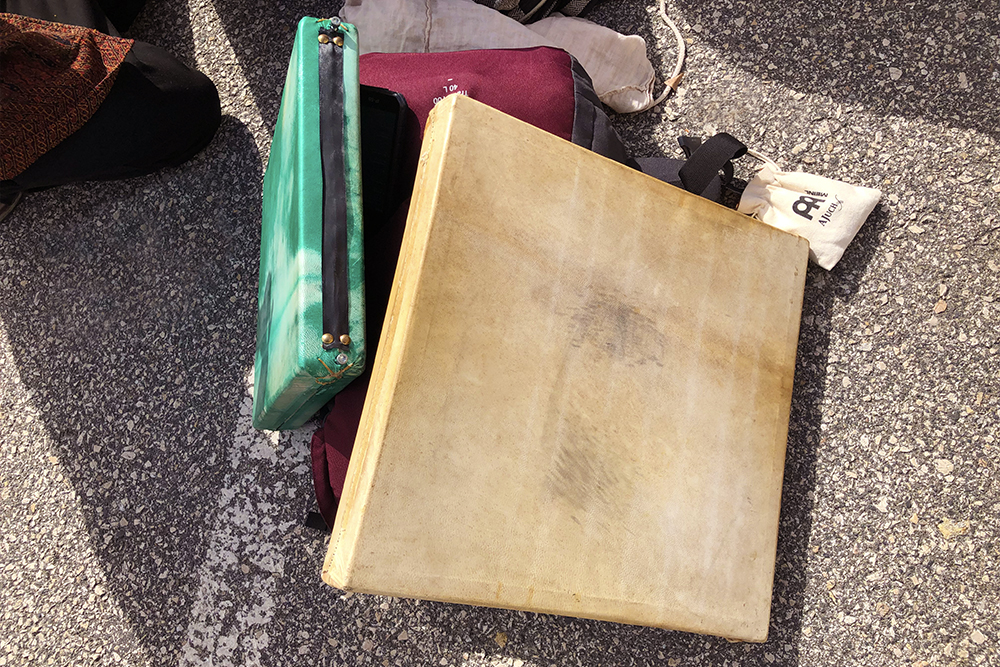 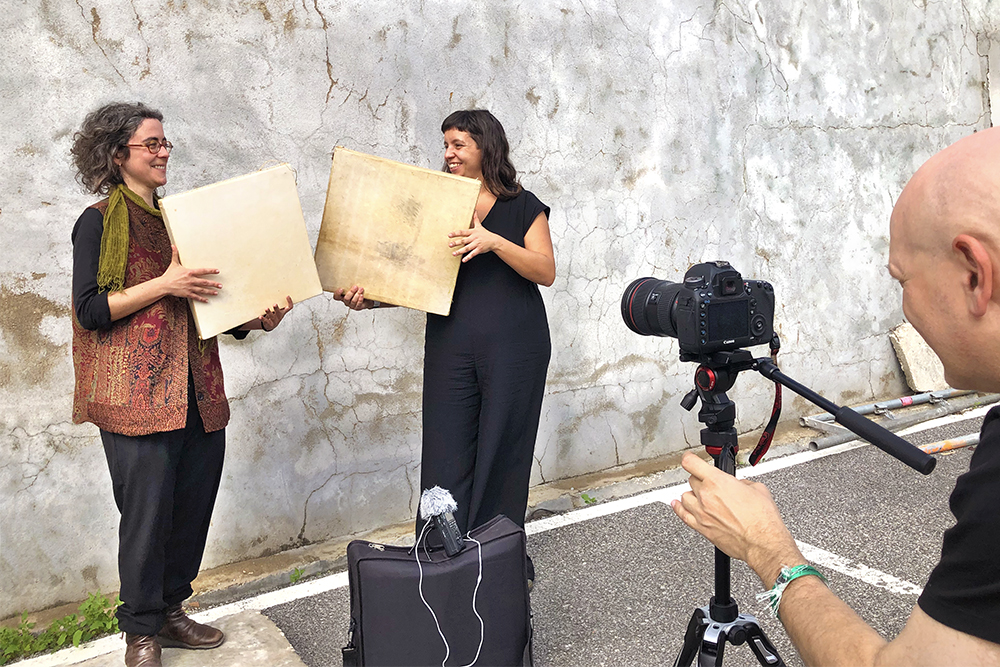 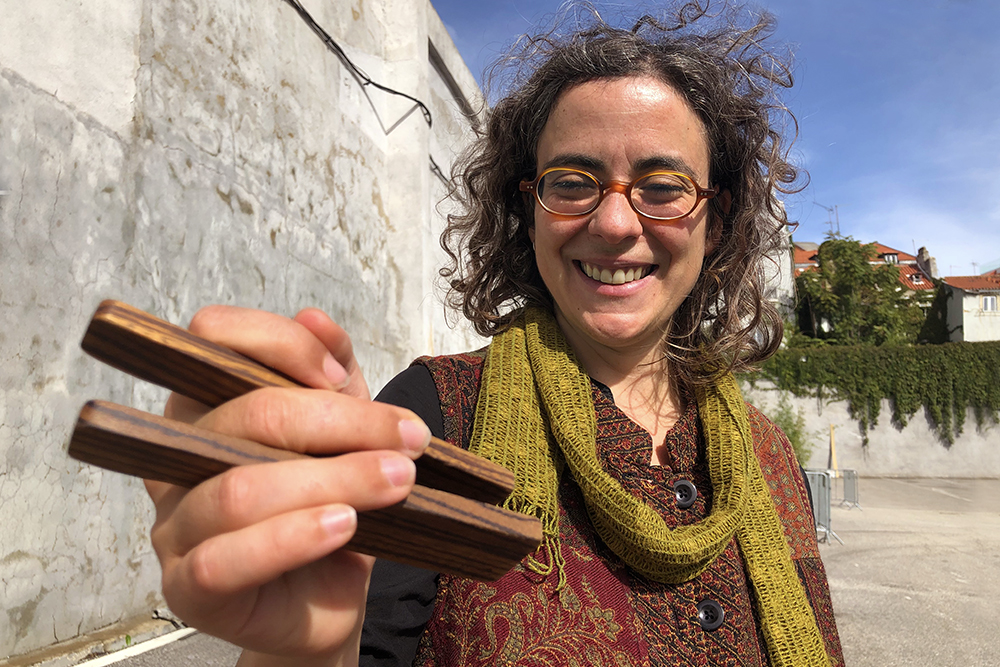 During the week, the next member of Portuguese band Criatura we recorded was percussionist Iúri Oliveira with his not-so-common set-up of batá drums – the set of Afro-Cuban double headed drums.  Iúri, originally from Angola, studied music in London before moving to Portugal, and he’s an incredibly versatile musician performing everything from fado and latin jazz to world music and mainstream pop. He’s toured with Madonna from London to Las Vegas, with Portuguese singers Sara Tavares, Nancy Vieira and with the band Loosense. He also teaches and recently released new work with Manuel Rocha and Branko, which you can hear on his Spotify channel.

After a few more days of WOMEX, our last day in Lisbon also happened to be the final date of Criatura’s 2022 tour (which of course we went to that evening!). In the afternoon though we recorded the band’s bagpipe player Ricardo Coelho, an accomplished musician and professor who teaches at the Conservatoire Academia de Artes de Chaves – he also plays in folk bands Foice and Eiró – and we recorded him on two types of bagpipes: gaita transmontana and gaita minhota (or Galician gaita). We then recorded the band’s tour manager Liliana Abreu, along with her friend Rita Só – both skilled adufe players in the all-female percussive choral group Crua, a traditional folk ensemble who sing Iberian tales with a strong Portuguese influence, and where the adufe takes centre stage. For info, adufe drums – the square frame drum – were usually used for religious processions or even while workers toiled in the fields, and were traditionally played only by women; have a listen to Crua’s great work here. We also recorded Rita playing trancanholas – a beautiful sounding type of castanets that look like large flattened chop-sticks! Rita also performs with the folk bands Loba Galharda and Tresmoças.

Massive thanks to Helena and Nicole Anna Maria from Primal Gathering for all the introductions!