With east London’s Big Creative Academy supporting Orchestra of Samples with the use of their recording studios, we organised a filming and recording session with Saul Eisenberg aka The Junk Orchestra.  In fact over the years with Orchestra of Samples we’ve recorded a number of artists working in this specific field, most particularly Patubatê in Brazil (who build their instruments from recycled objects) and in the UK with original Stomp member Paul Gunter (who’s also performed with us many times).

Saul himself, with The Junk Orchestra, performs, teaches, organises workshops and has appeared on numerous television shows, rocking ‘n’ recycling a huge collection of re-invented objects all salvaged from “the industries of the sprawling metropolis” as he puts it.  Instruments we recorded included tongue drum made from a butane gas cylinder, a home-made glockenspiel, shakers made with bottle tops, wonderful sounding bells made from cut-up fire extinguishers and a bicycle wheel, where he played the spinning spokes. 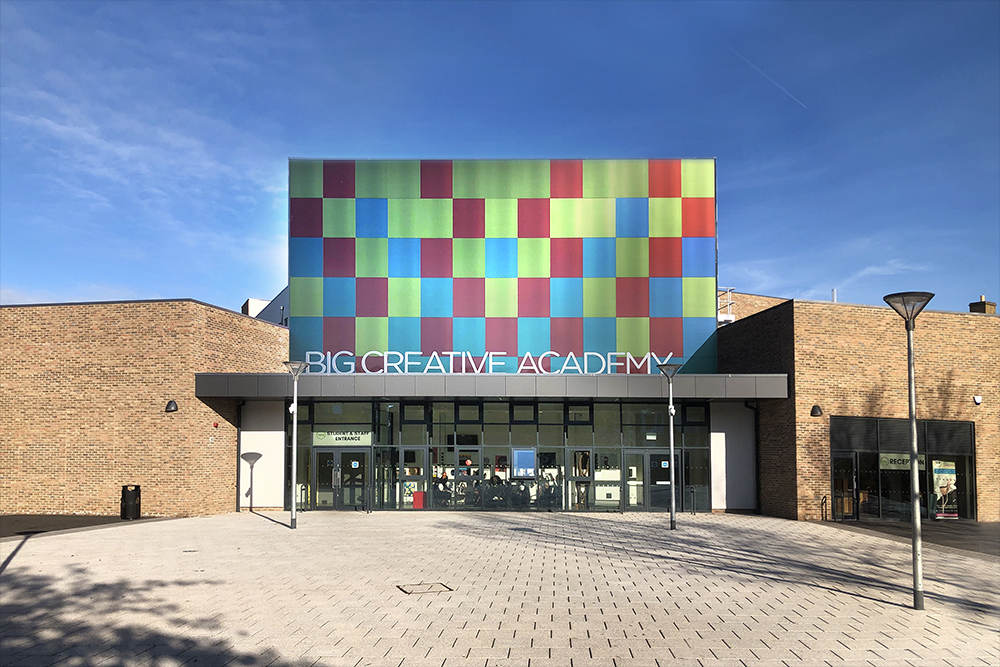 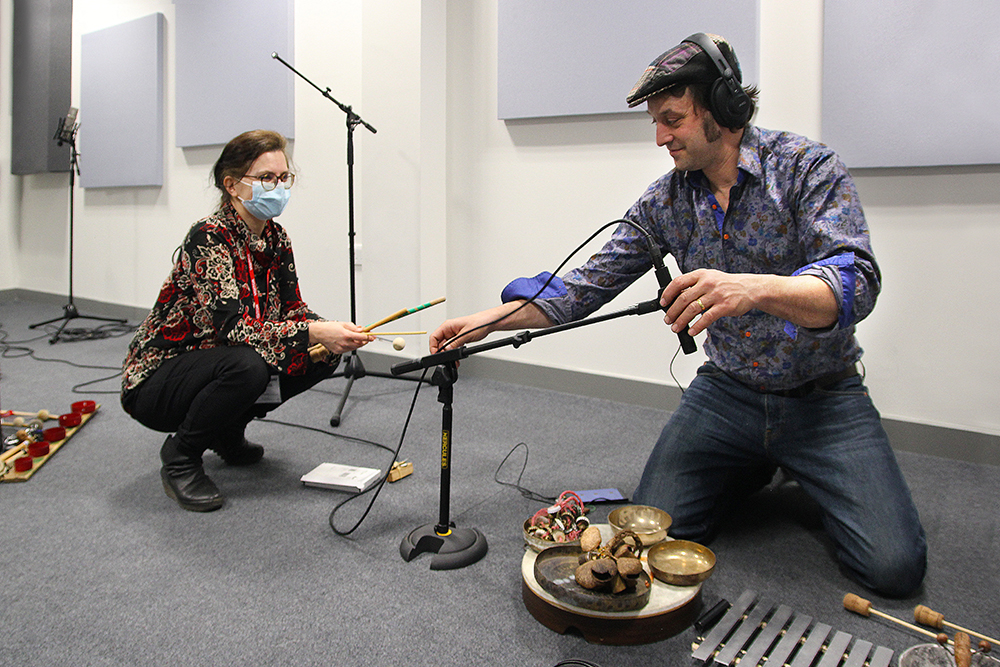 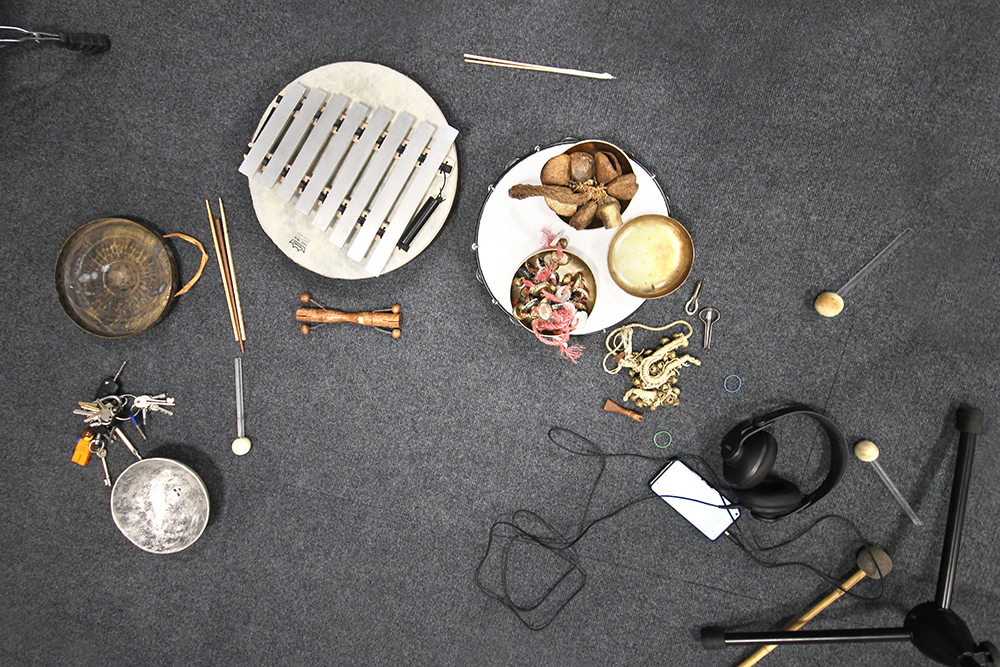 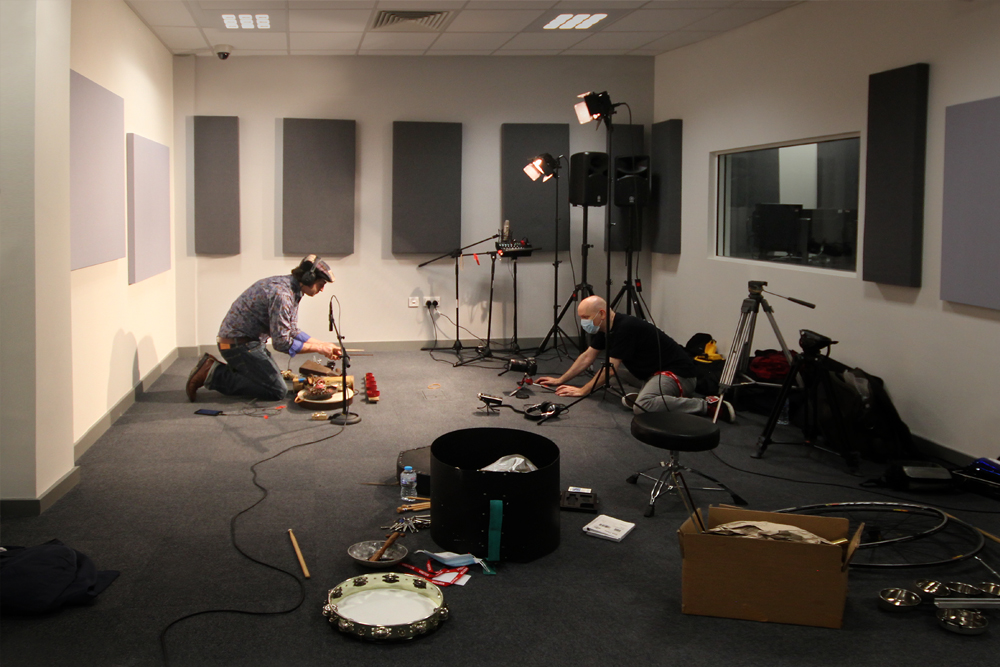 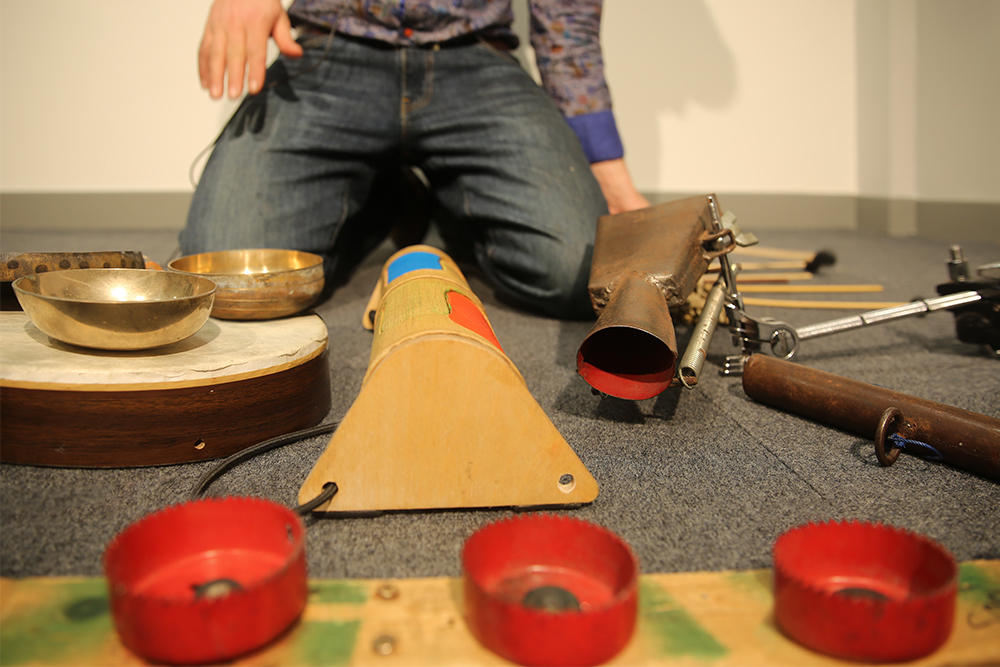 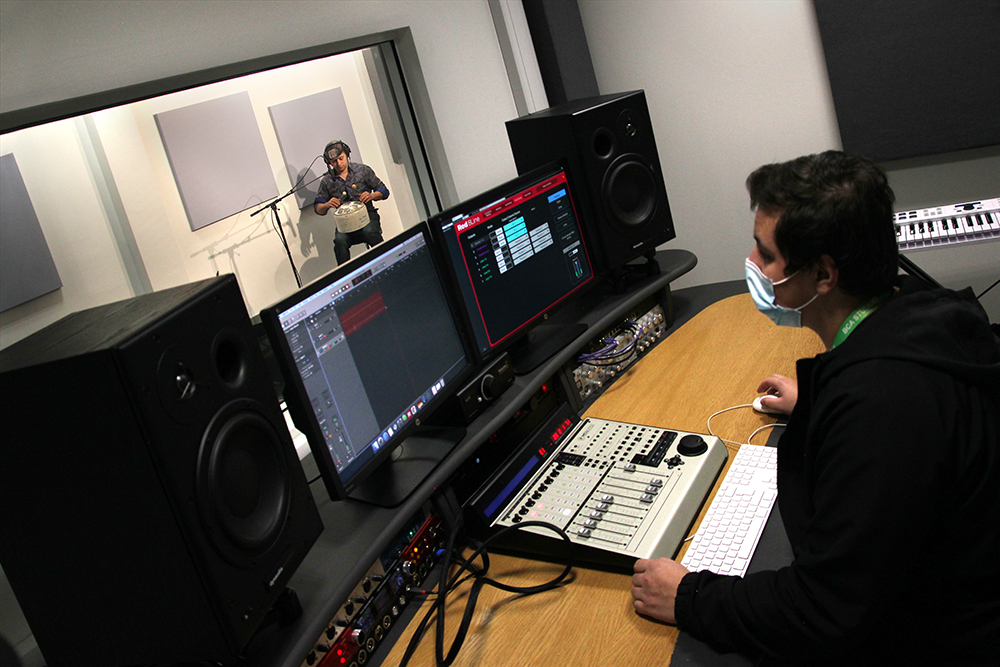 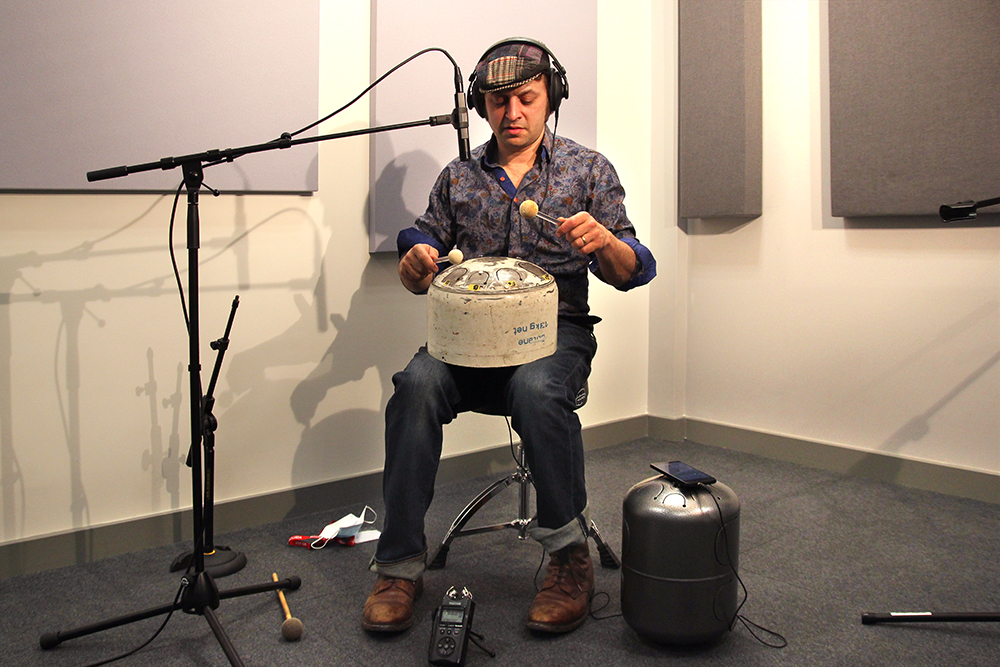 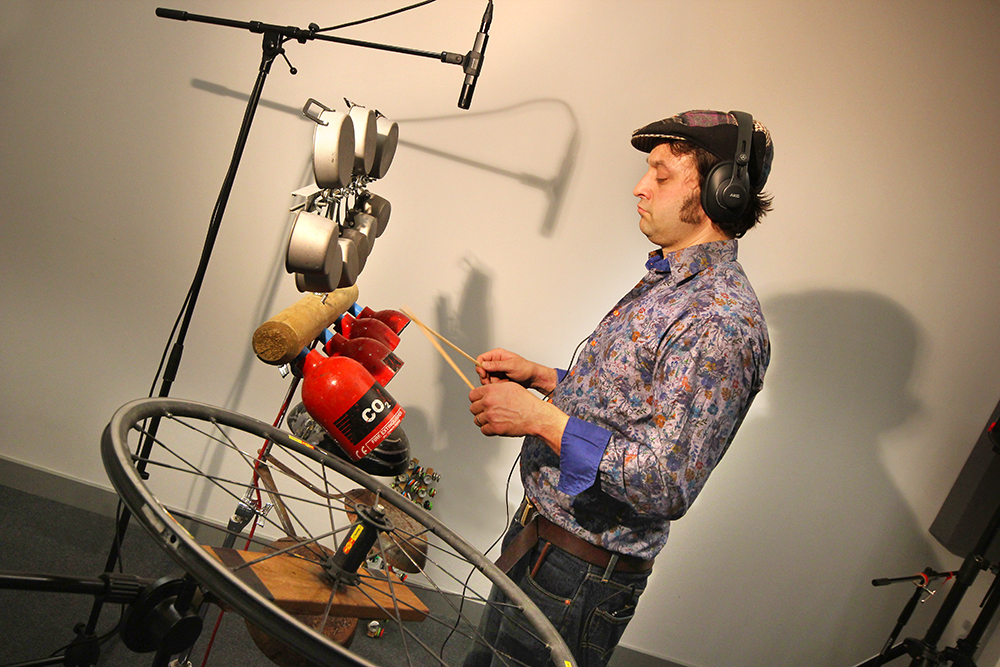 Saul grew up in the heart of London and found his musical path via the infinite rhythms of African drumming. And after landing a job travelling with renowned percussion stage show Stomp, his enthusiasm for found sounds grew to reflect his passion for the city;  scrap yards, demolition sites, factory backyards, skips, they all became ‘sonic toy’ hunting grounds for music exploration.

Saul’s worked with the internationally known Vegetable Orchestra and popstar Mika to BBC children’s television series Waffle the Wonder Dog and Justin’s House and even appeared on the Children in Need Special of BBC’s DIY SOS The Big Build, building a large outdoor musical installation played with flip-flops!  He predominantly works with young people and travels the country giving workshops and performances but also runs an Etsy shop selling his many recycled instruments and musical inventions! Check him out!

With huge thanks to Anis Zerri, Vicki Spence and the Big Creative Academy.  These 2021 sessions are kindly supported by Arts Council England.