London based ‘Fordey’ Forde, who’s actually now performed with us a number of times, especially as part of our Dhol Addiction project with east London’s Dhol Academy, is an incredibly talented percussionist we’d met through our old friend Paul Gunter from Stomp.

Although we recorded Fordey for our Drum & Docks commission in 2020 for the Royal Docks (you can watch the short video on the first link), we still hadn’t recorded him for Orchestra of Samples! So we spent quite a while recording him on all sorts of percussion, from congas and bongos to lesser known instruments like ocean drums, vibratones, claves, shekere and cabasa.

Fordey’s played in a number of different bands, including Touch the Earth, Latin Dub and most notably the 35-piece Melodians Steel Orchestra, who celebrated their 30th anniversary in 2017.  The orchestra have have taken him around the world, from Azerbaijan to Zambia, and including UK performances at prestigious venues such as the Royal Albert Hall and Buckingham Palace. In fact Michael performed with them at Prince Harry and Megan Markle‘s final public appearance as working royals, alongside The Queen, at the Commonwealth Day service at London’s Westminster Abbey in 2020. 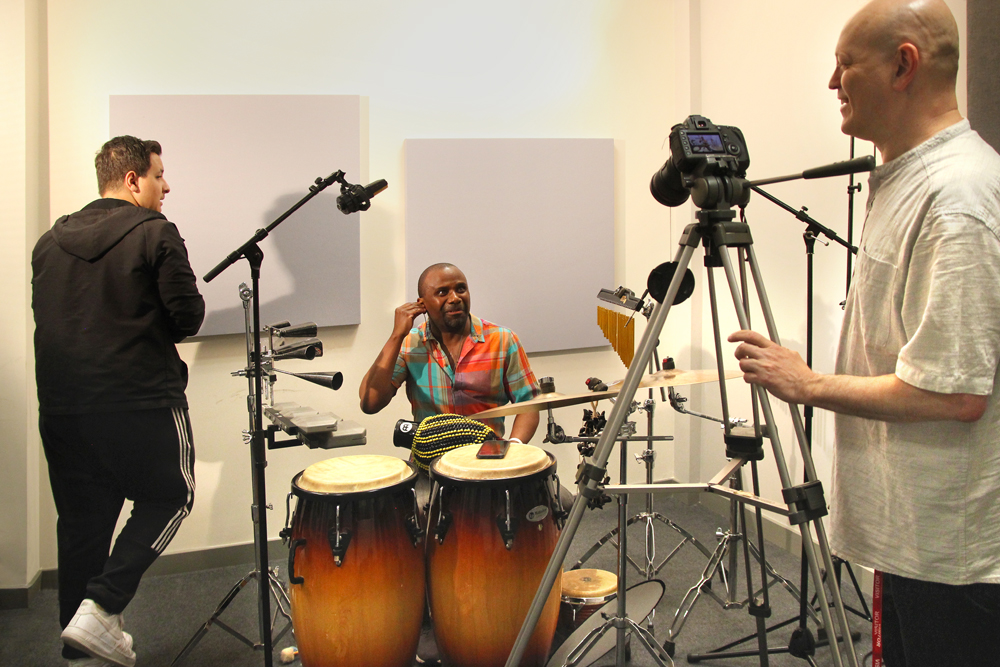 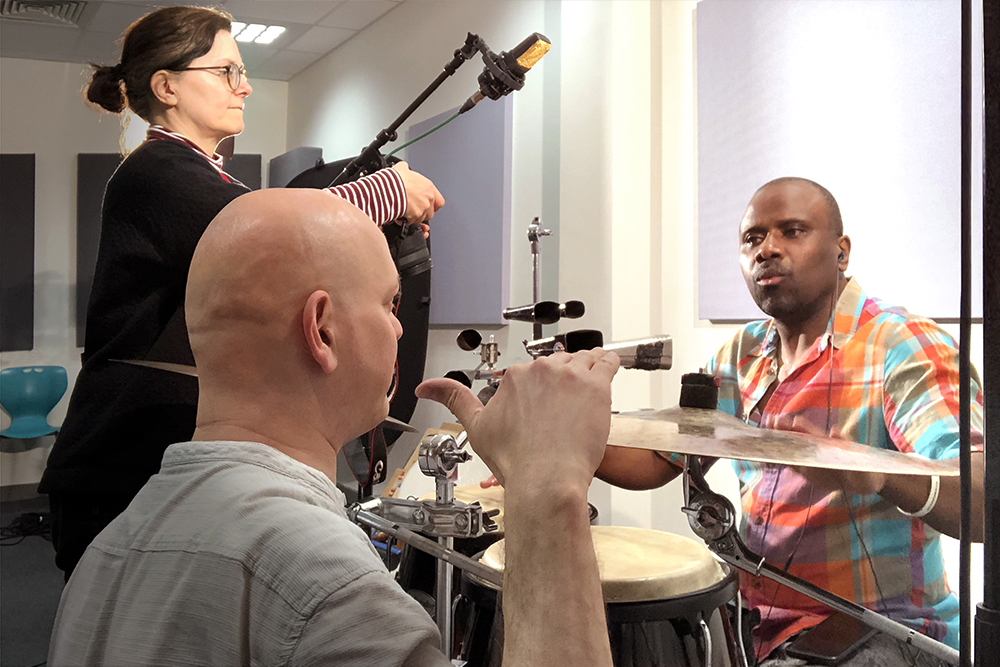 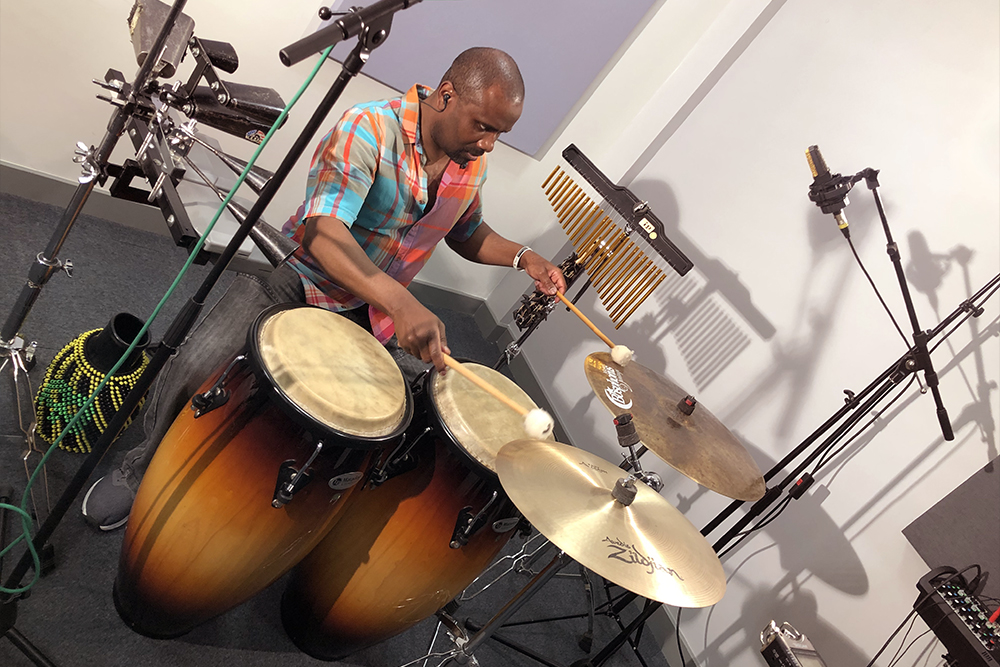 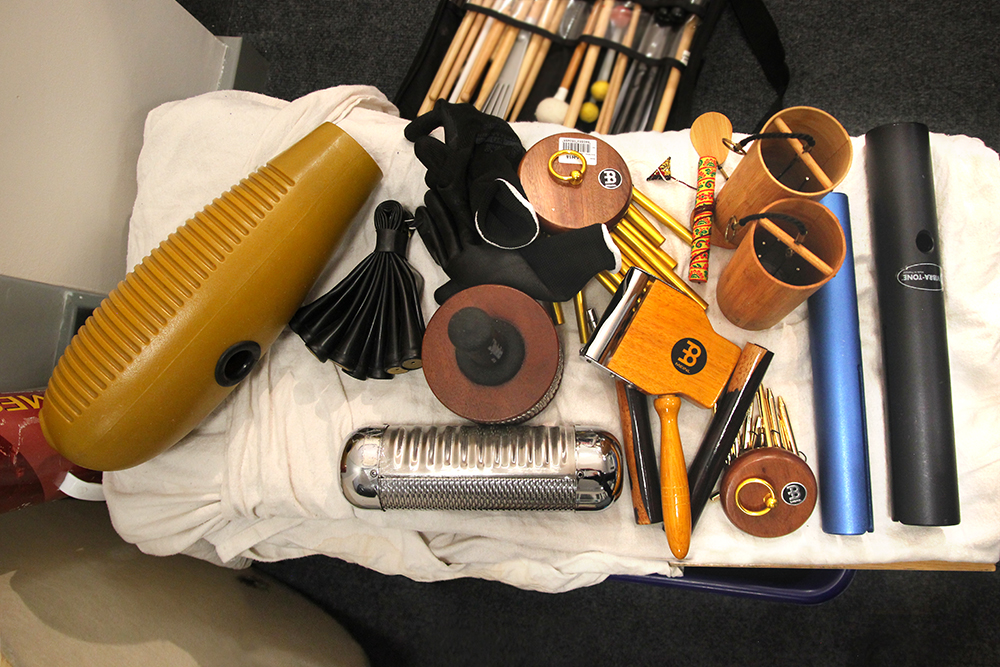 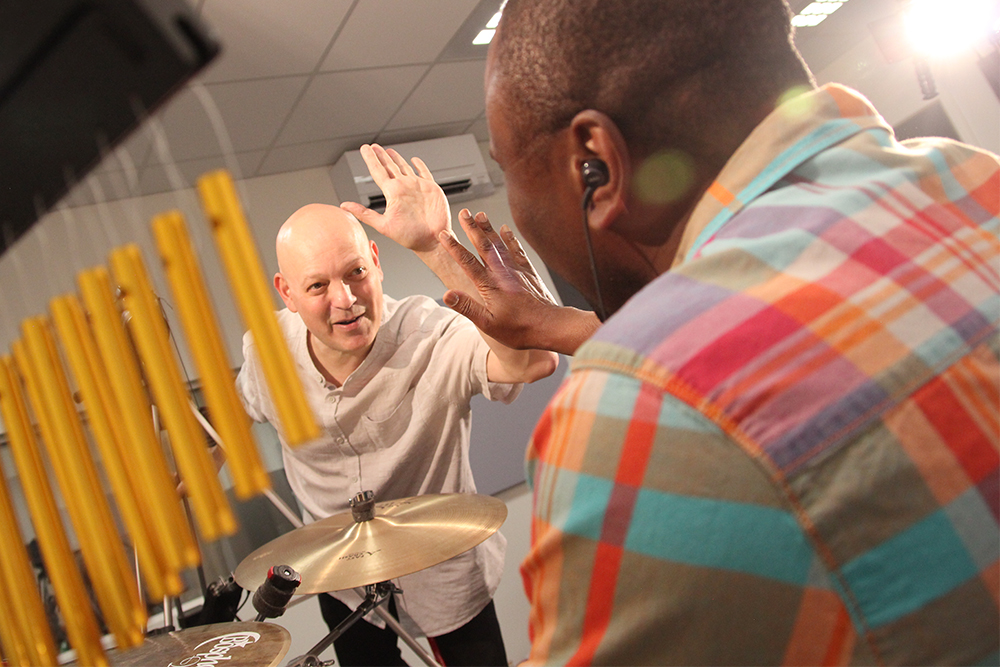 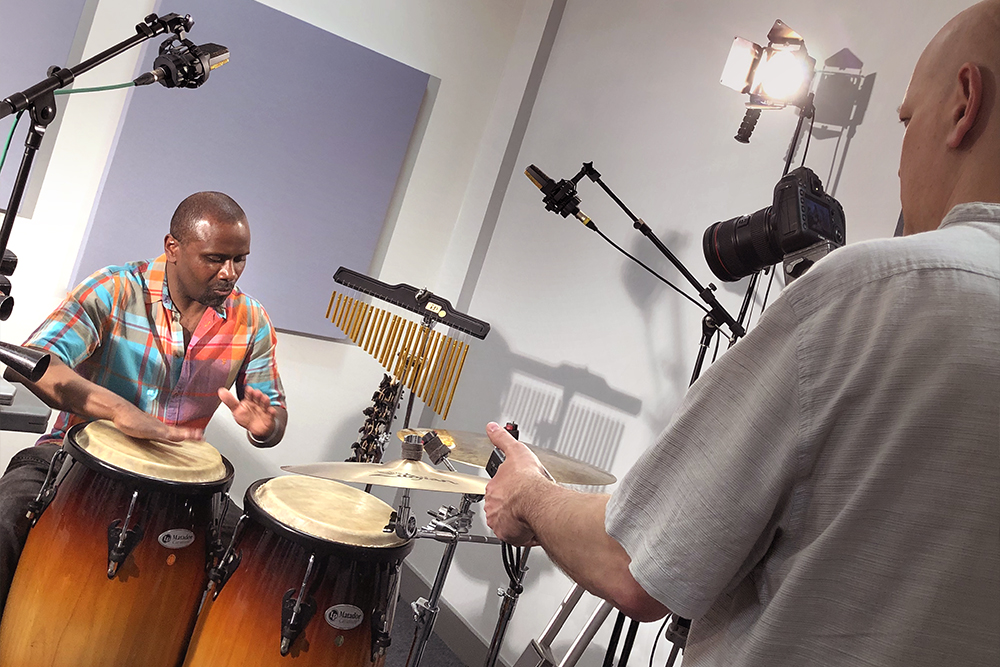 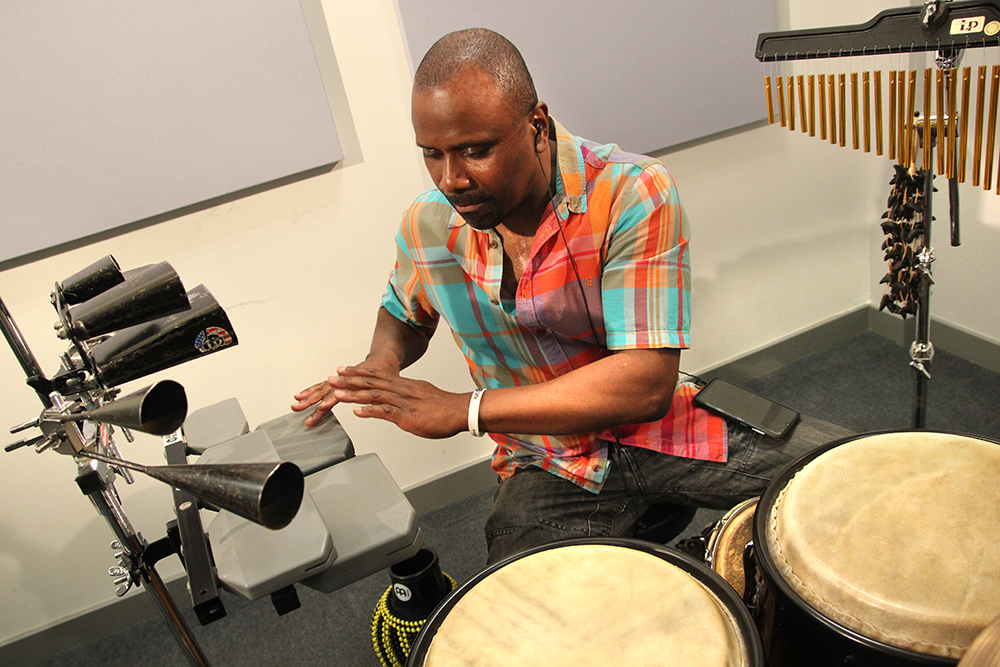 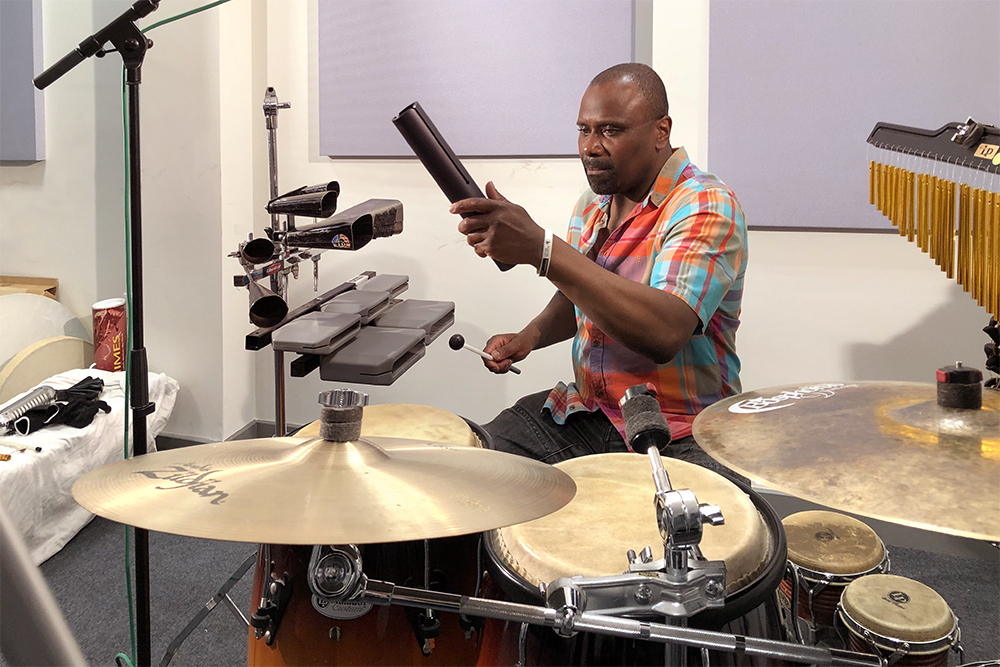 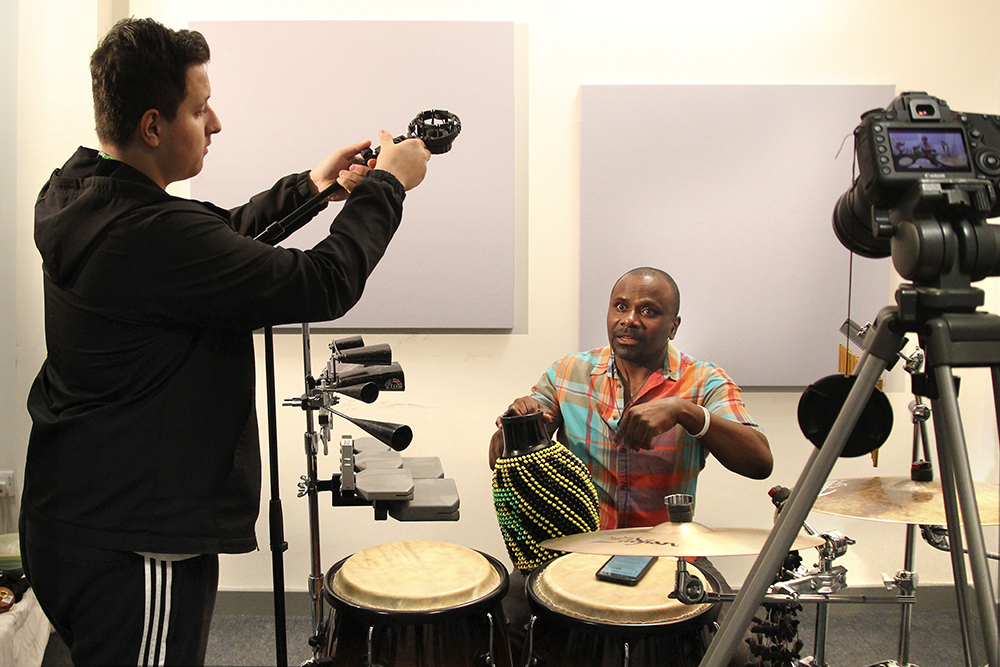 Another highlight performance was at the 2013 Venice Biennale for the British Pavilion event curated by Turner Prize winner Jeremy Deller.

From a very early age Fordey had a flair for drumming but actually went on to study engineering, leaving his musical forte behind for over a decade before reconnecting with his passion and studying Latin and Afro-Cuban percussion. He now occasionally teaches drumming himself and having a fascination with sound and audio frequencies, he also studies and performs in the fields of meditation, yoga and relaxation sound therapy.

With huge thanks again to Anis Zerri, Vicki Spence and the Big Creative Academy.  These 2021 sessions are kindly supported by Arts Council England.