Having set-up recording sessions with both multi-instrumentalist Andrew Cronshaw and duduk player Tigran Aleksanyan, both introduced us to their fellow musician friend Ian Blake.  A talented composer and producer himself, Ian plays woodwinds, keyboards and bass, and we recorded some laid back improvisations with him on the soprano saxophone and the ‘almost-saxophone looking’ bass clarinet.

Originally from London, Ian has spent many years in Australia where he toured extensively with folk singer-songwriter Eric Bogle and produced two of Eric’s albums at his Canberra studio. In 2005 he received a local government Creative Arts Fellowship from ACT (Australian Capital Territory) and pursued a PhD in composition and sound art at the Australian National University and was later awarded an Australian National Folk Fellowship. 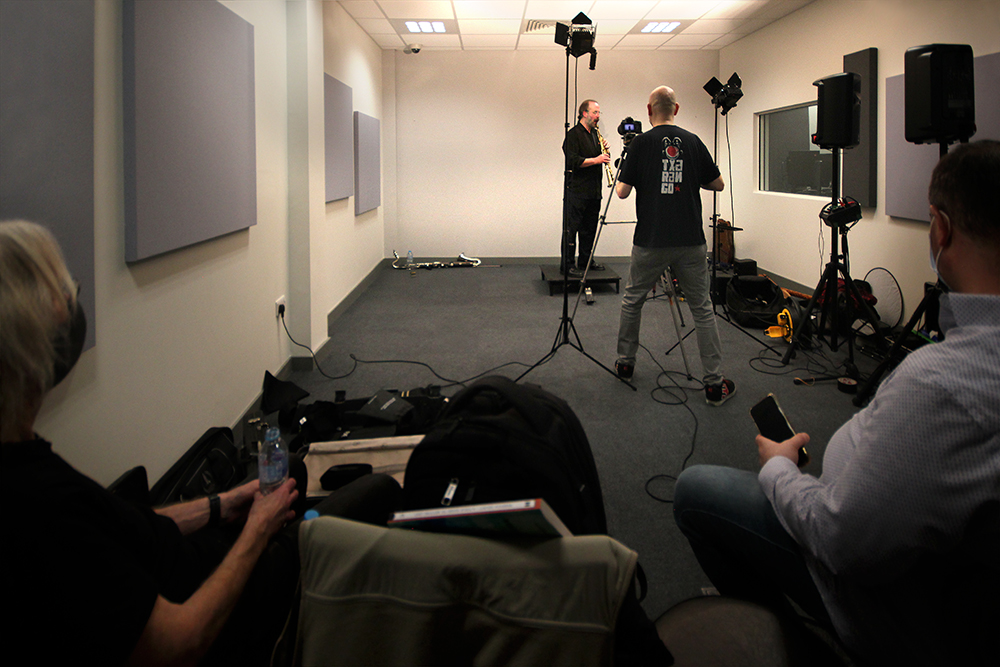 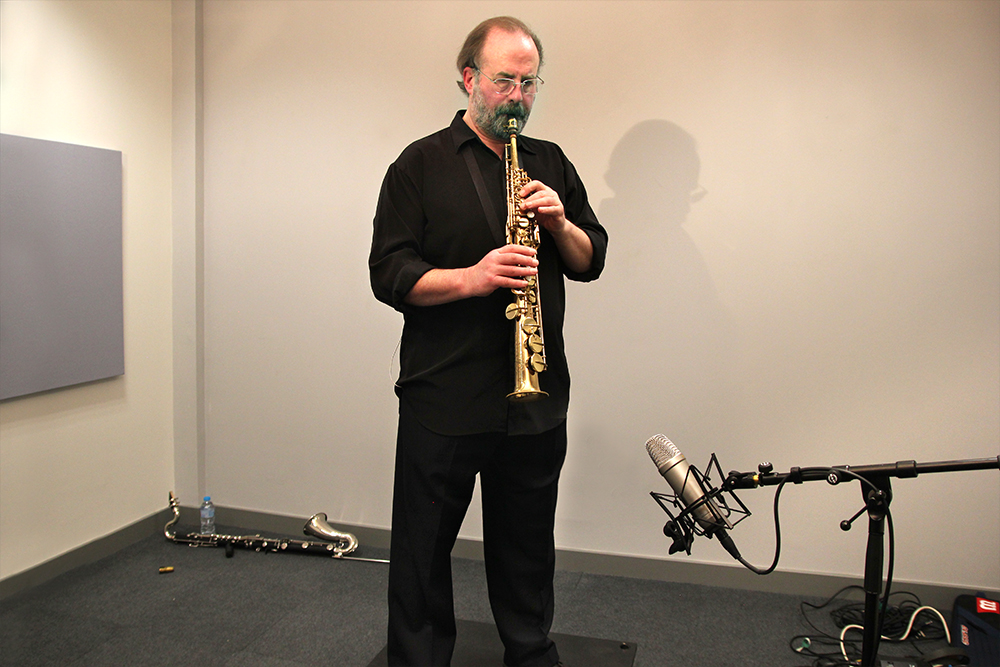 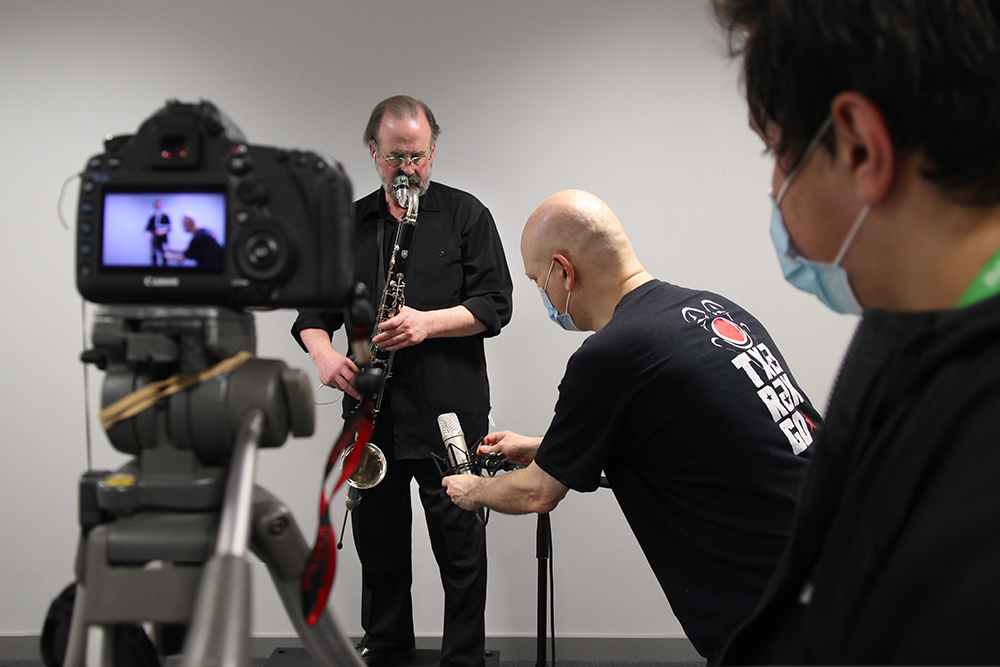 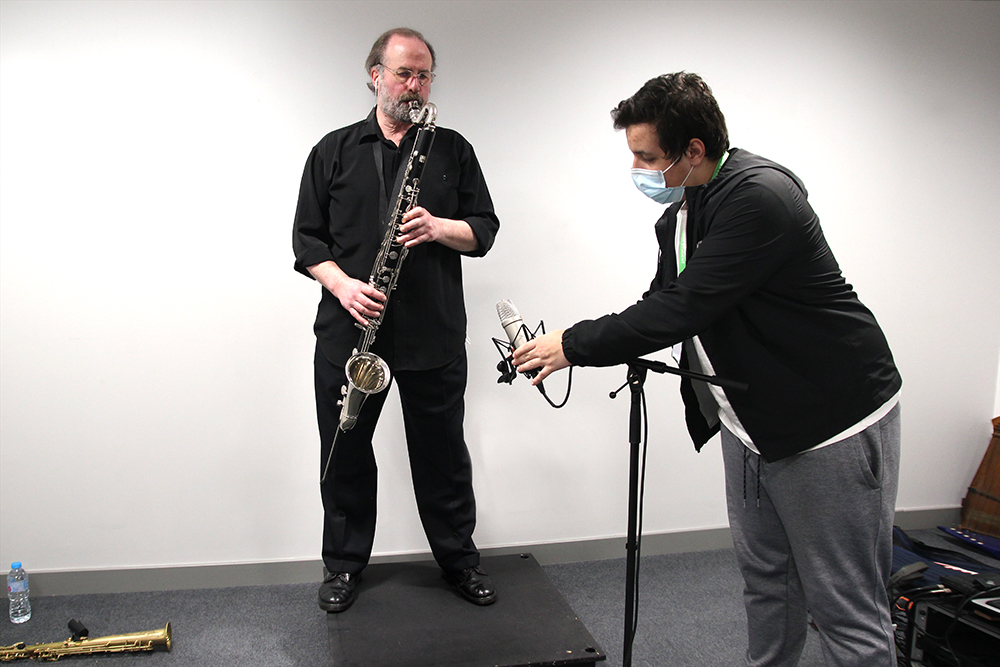 As well as now being very much part of the folk scene internationally and liking early music (medieval and renaissance), Ian very much also likes electronic music and his own compositions often show traces of all that he’s into.  Working in both Australia and the UK, he’s worked as a composer for theatre, film, chamber music, dance and a number of public art projects, while his production and sound engineering skills have earned him both a Gold Disc and an ARIA nomination (Australian Recording Industry Association).

More recently he composed the music for the Cyrano de Bergerac production by London’s Theatre in the Square company.  Whilst mainly rooted in the folk and world music scene, Ian’s career has been varied and far-ranging, from performing in the Far East and across Europe to Alaska and Zanzibar in east Africa.  He’s worked with well-known folk groups including Pyewackett and Mellstock Band, and with English folk singer June Tabor.  He regularly collaborates with multi-instrumentalist Andrew Cronshaw and Armenian duduk player Tigran Aleksanyan, both of whom we also recorded for Orchestra of Samples.

With many thanks to Andrew and Tigran for the introduction, and to Anis Zerri, Vicki Spence and the Big Creative Academy for their studio.  These 2021 sessions are kindly supported by Arts Council England.