Continuing with our 2021 UK recordings, particularly looking for lesser known instruments, we read about Armenian duduk player Tigran Aleksanyan, so decided to get in touch.  He’s one of few people in the UK who’s a master of the ancient Armenian instrument, which is a double reeded oboe-like woodwind hollowed out of apricot wood; it has a beautifully melancholic sound. We also recorded him playing pku, the single-reeded horn.

Tigran was born in the Ararat Mountains of Armenia and his father enrolled him in music school aged nine! He started learning flute but then moved on to the duduk, an instrument unique to that part of the world and generally considered Armenia’s most important – it’s also on UNESCO’s Intangible Cultural Heritage Lists, as a number of instruments we’ve recorded are (info here), and is thought to date back between 1500 and 3000 years. 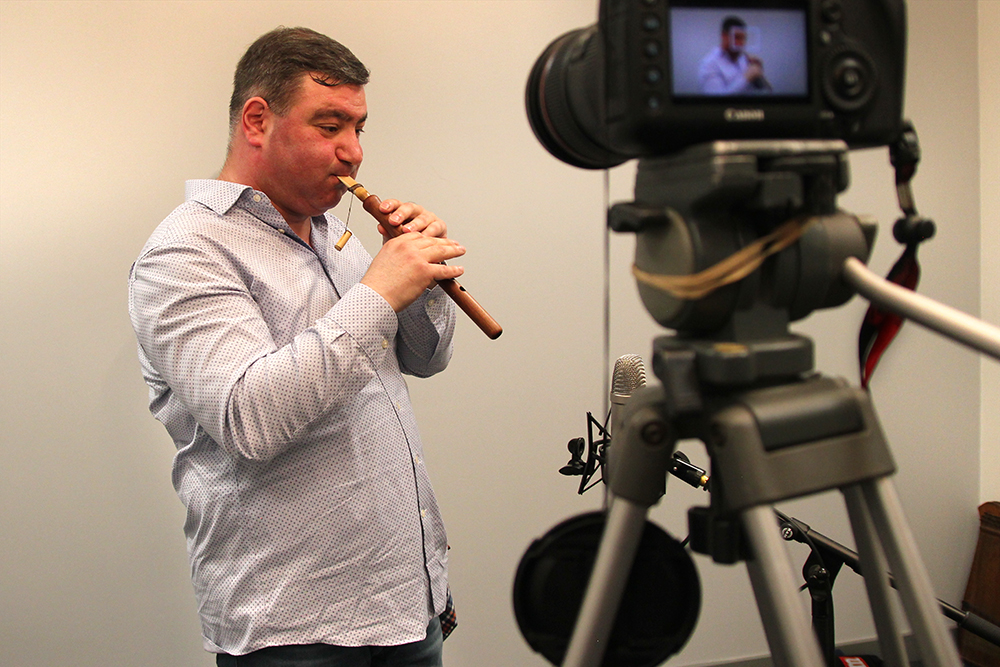 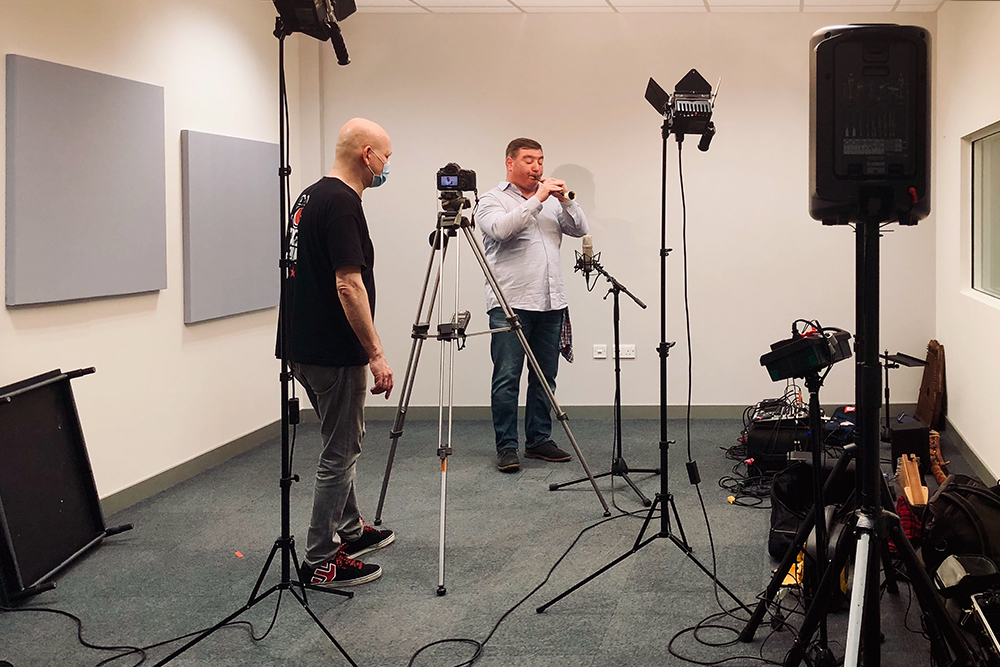 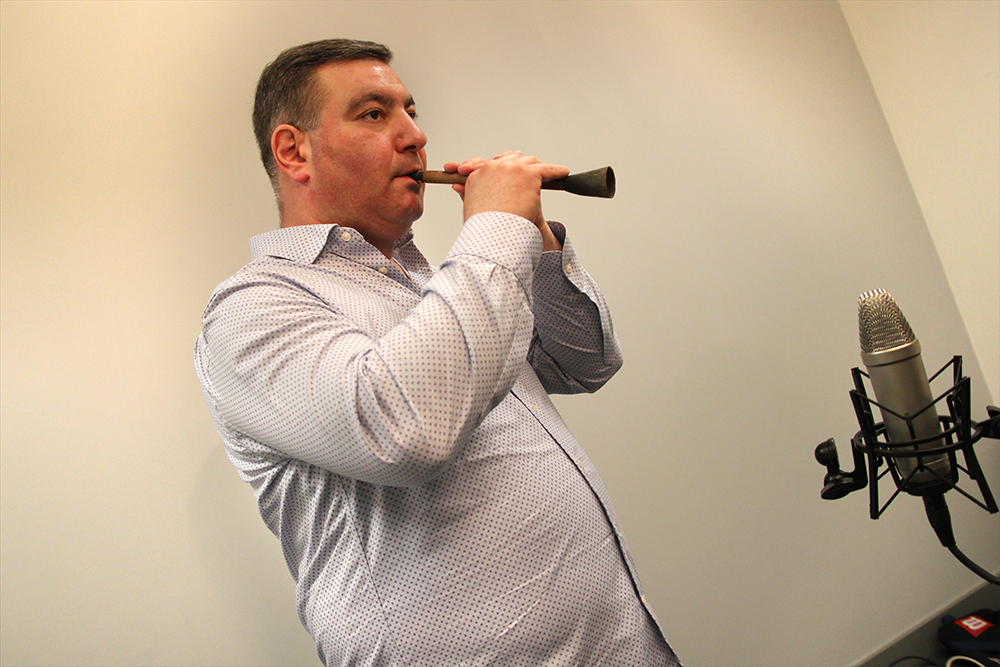 Tigran studied with two of Armenia’s greatest duduk masters, absorbing their many techniques while also developing his own, and graduated from the Armenian Conservatory of Music in 1992, having already won a national competition!  He’s since been members of the Armenian State Dance Ensemble‘s orchestra, the Akhtamar Dance Group, with which he toured internationally, and more recently La Banda Europa – the pan-European orchestra connecting cultures through music.

He relocated to the UK in 2001 and has subsequently worked as an orchestral guest soloist, a session musician for film and television soundtracks, and worked with artists including both Yasmin Levy and Daphna Sadeh.  Tigran also teaches duduk and recently co-founded the National Duduk Ensemble of Armenia. In usual times, outside of current Covid restrictions, Tigran regularly tours as a member of the group SANS with Andrew Cronshaw and Ian Blake – both of whom we also recorded for Orchestra of Samples.

With huge thanks to Anis Zerri, Vicki Spence and the Big Creative Academy for their studio.  These 2021 sessions are kindly supported by Arts Council England.