In early 2021, with performing still not possible because of the pandemic, we began organising recording sessions with musicians in the UK, starting in London with Fabio Poian. We’d only recently met the young Italian drummer through our initiative for emerging artists Plugged, that we co-organise with East London community music project Stow-lab.

An incredibly versatile drummer who’s played in a massively varied number of musical projects, Fabio has played everything from Metal to Jazz and Gospel to Pop and as part of small trios to large fifty-piece brass bands!  He’s played with renowned artists including Cuban jazz multi-instrumentalist Arturo Sandoval, American singer-songwriter Melissa Manchester and the late singer / pastor Andraé Crouch – often referred to as ‘the father of modern gospel music’. 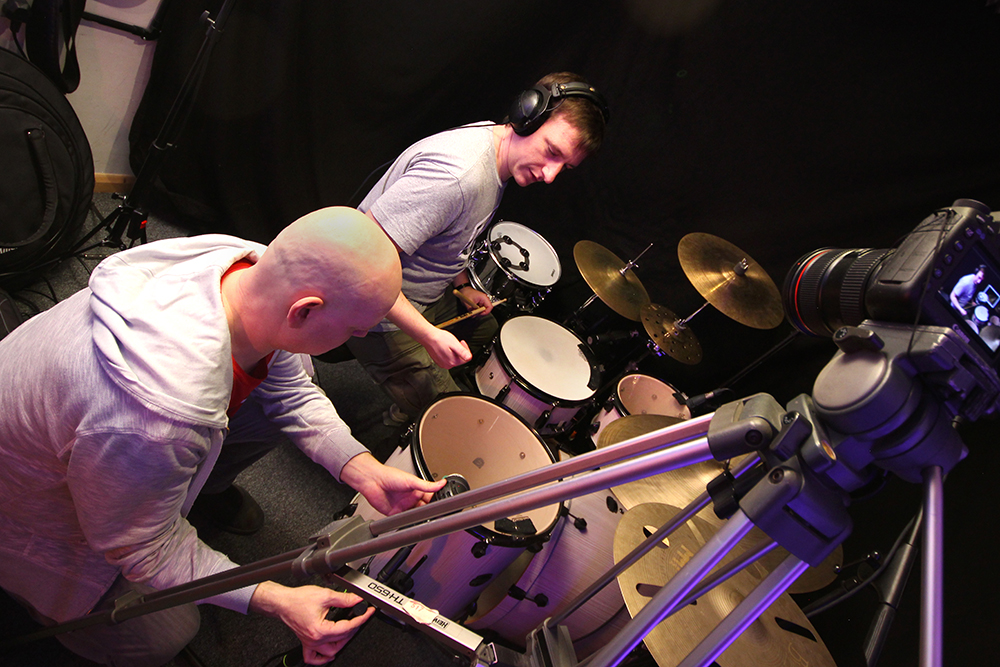 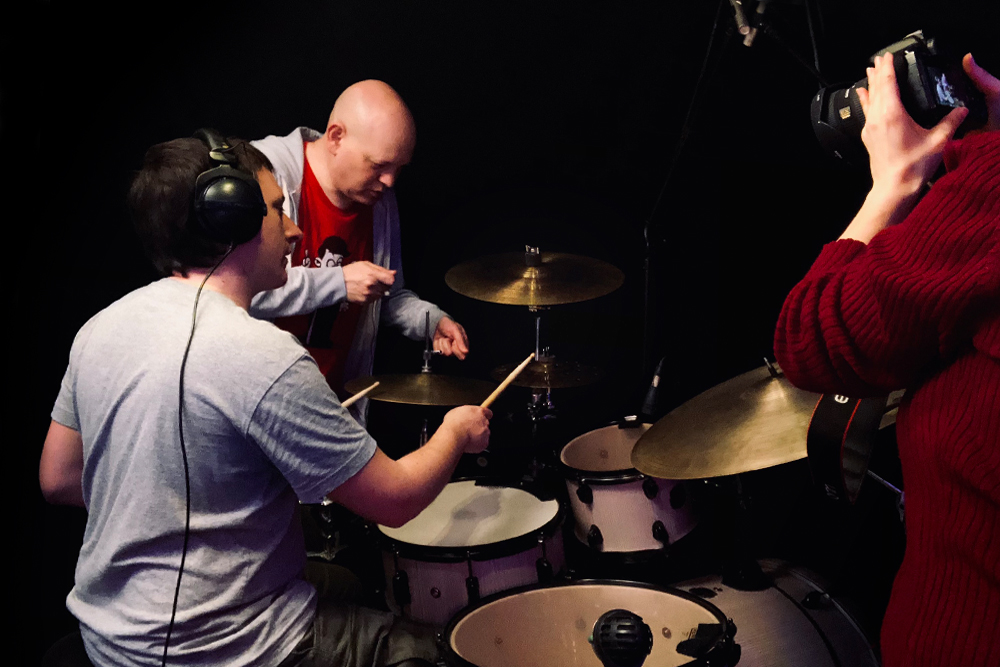 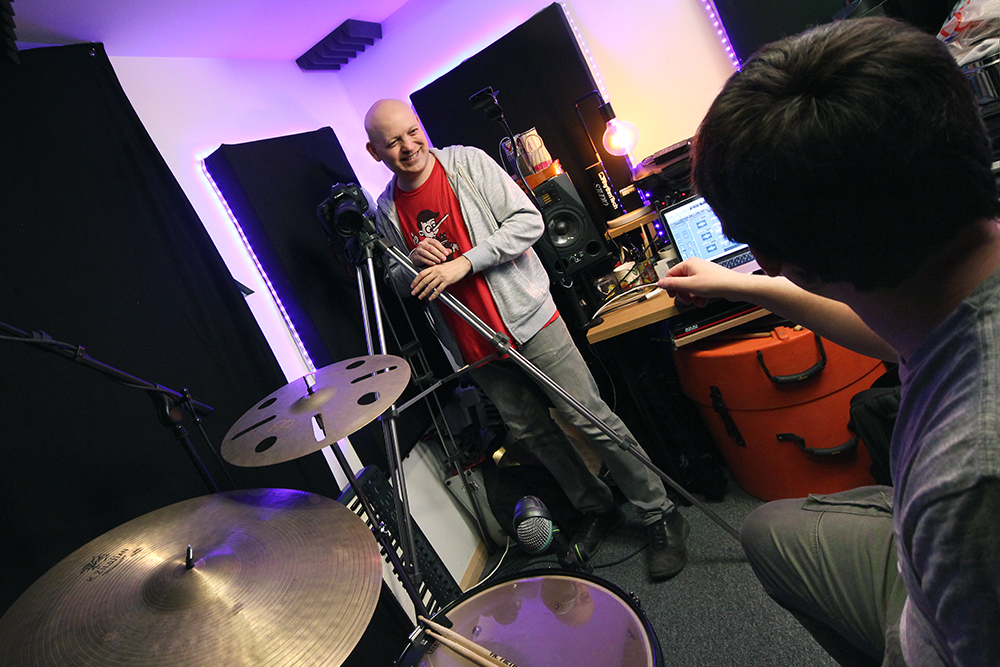 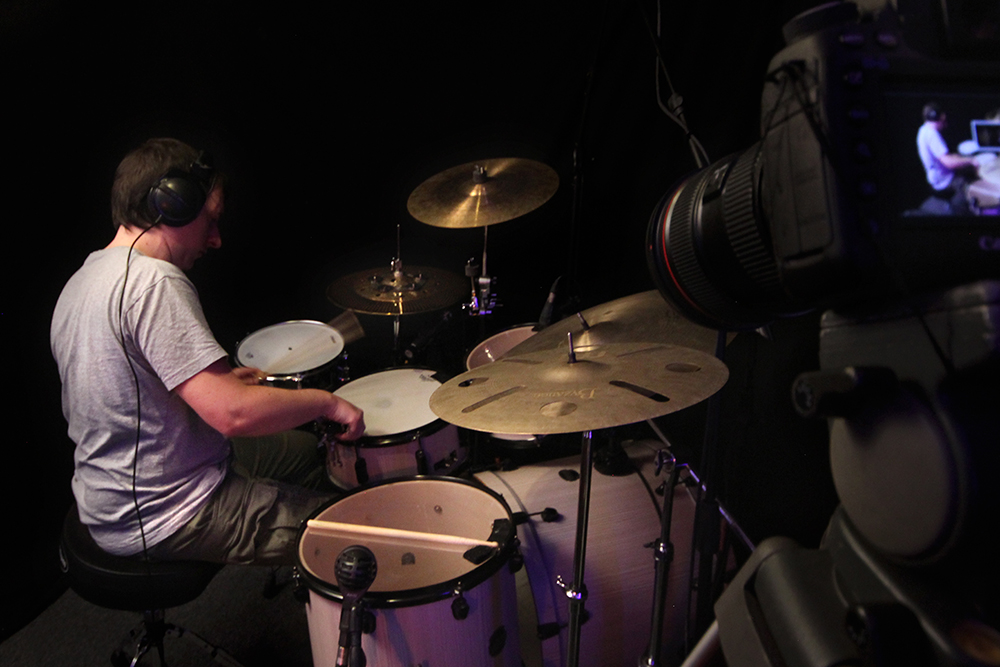 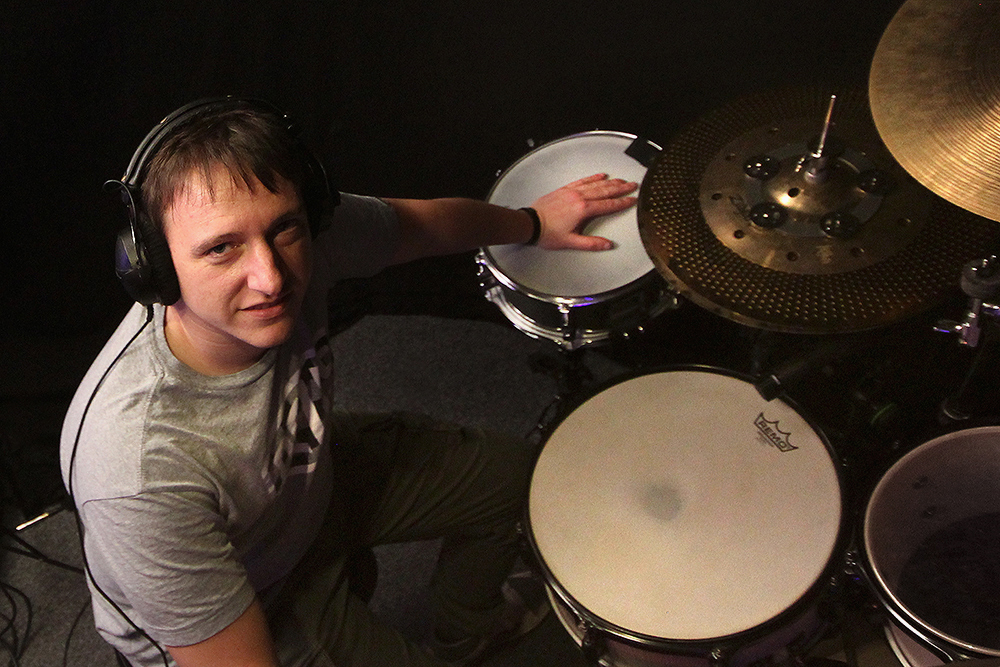 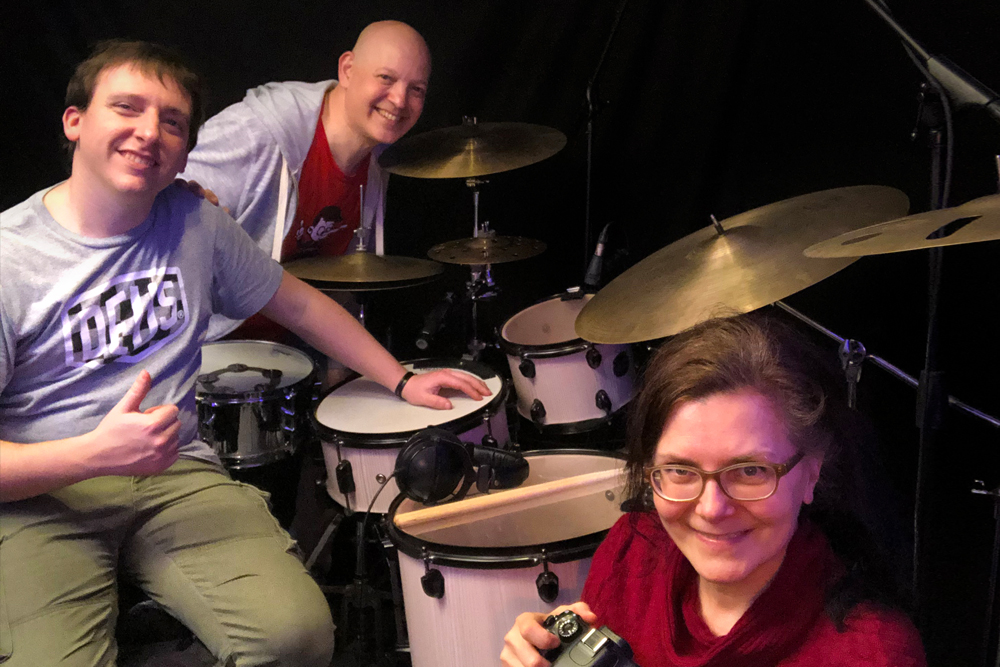 In 2007, still a teenager, Fabio won an under 18 award in the final of the Italian national  “Drummer of Tomorrow” contest hosted by American author and drummer Dom Famularo.  He then moved to the United States to study music performance at the Los Angeles Music Academy (now called the LA College of Music), and after graduating and living in the US for some years, Fabio worked on cruise ships and liners, performing in bands, in-house theatre projects and accompanying on-board guest entertainers. In 2017 he relocated to London.

Fabio’s also one half of electronic blues act Electric Mojo Voodoo Machine and he also performs with his own solo project FaabX, which is how we met him, when he performed this electrifying live stream for Plugged.  Also check him out on Facebook and Instagram.

These new 2021 series of recordings in the UK are kindly supported by Arts Council England.