We were incredibly pleased to be introduced to British multi-instrumentalist Andrew Cronshaw, who plays a wonderful range of non-mainstream instruments, and we recorded him playing three: a 74-stringed electrified chord zither; a fujara (a nearly 2 metre long 3-hole overtone vertical whistle from central Slovakia); and a marovantele (a double sided 44-stringed hybrid of Finnish kantele and Madagascan marovany which he designed himself).

For his live projects and recorded work, Andrew has collaborated with a long list of fellow musicians, including British-Egyptian singer Natacha Atlas, Chinese pipa lute virtuoso Liu Fang, Serbian singer Svetlana Spajić, guitarist Martin Simpson and Fairport Convention violinist Ric Sanders. Since 1974 he’s released ten solo albums, which have over the years featured many of his musical pals including long-time associates British-Australian multi-instrumentalist Ian Blake and Armenian duduk master Tigran Aleksanyan, both of whom also took part in this day of recordings. 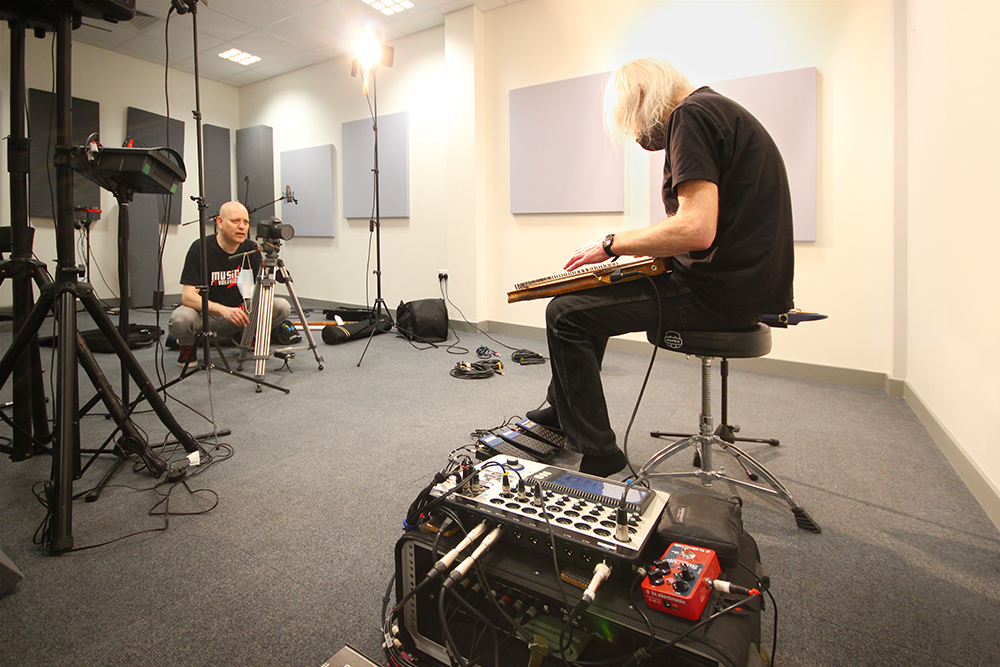 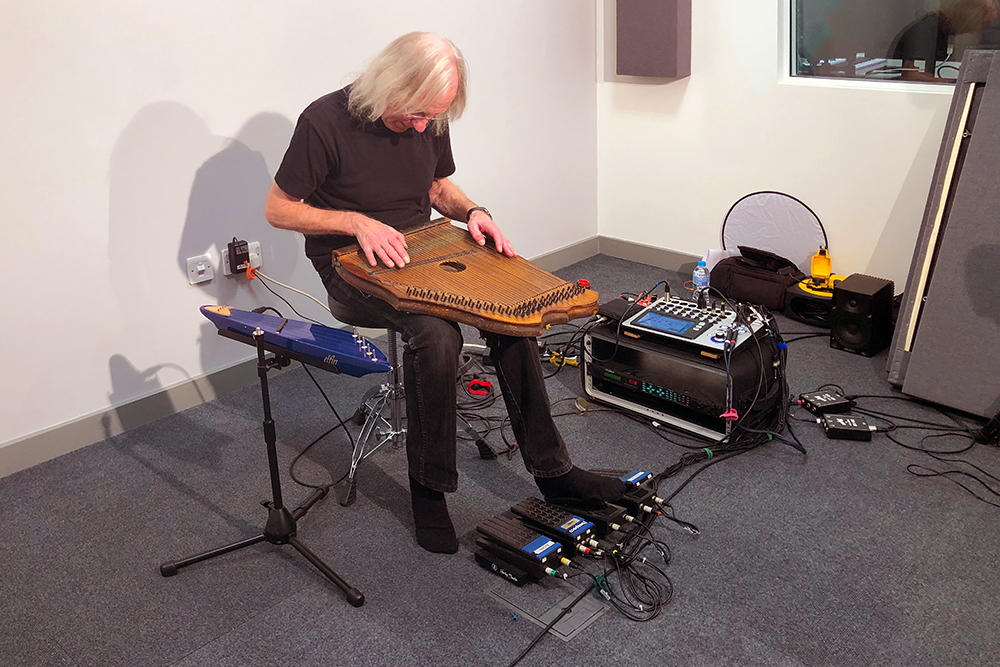 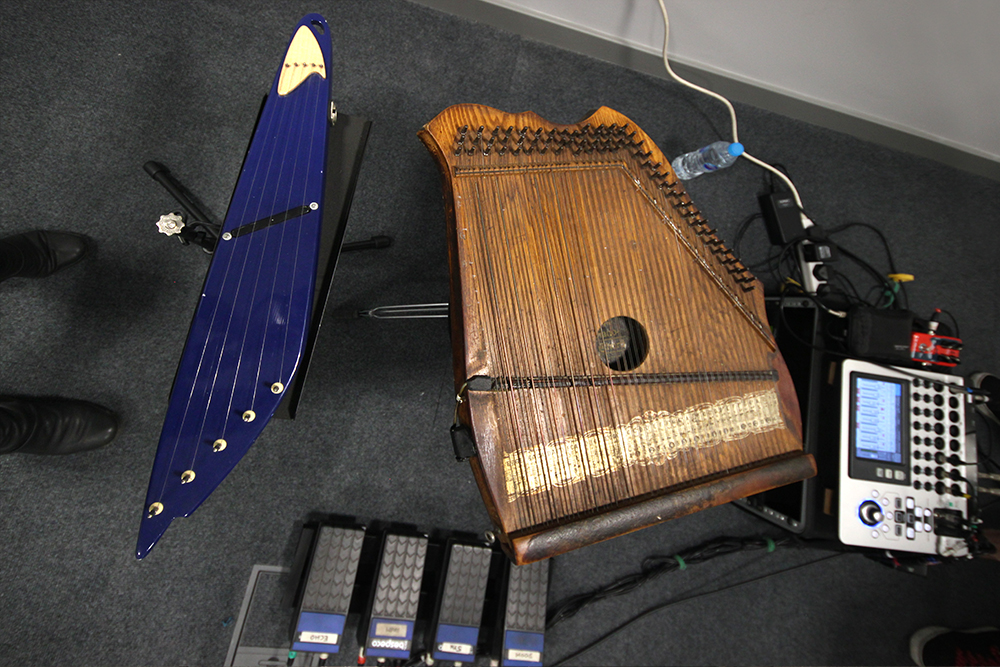 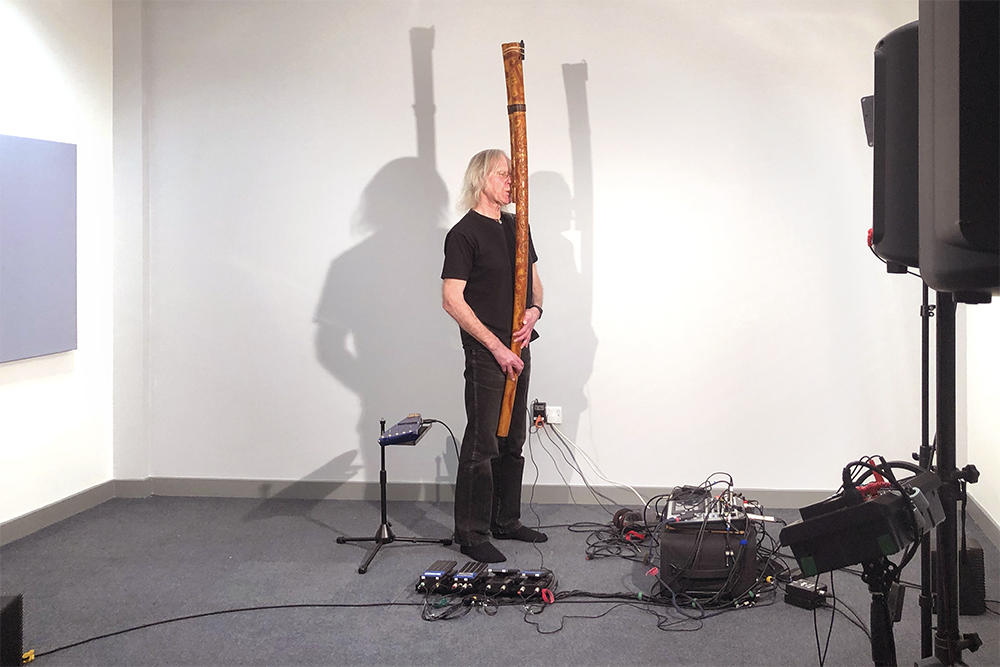 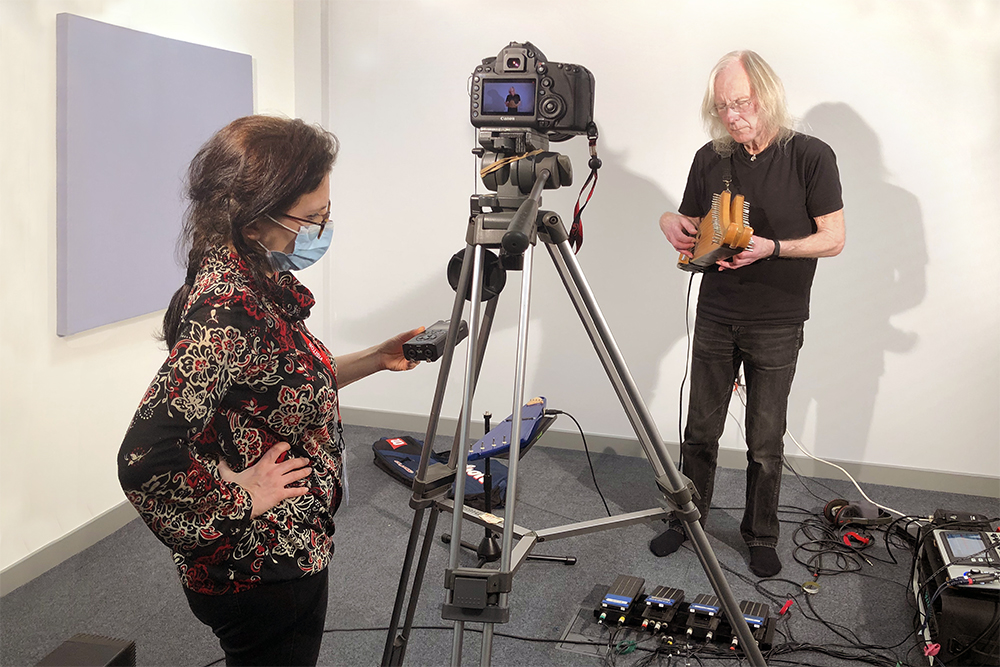 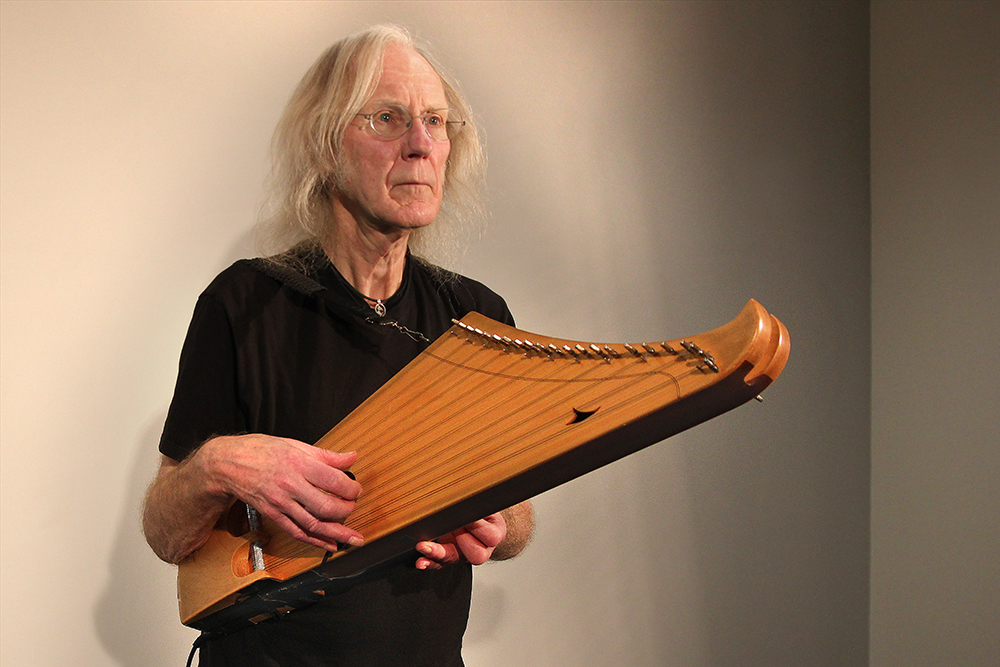 His eighth album, Ochre, was nominated for both the BBC Radio 3 Awards for World Music and BBC Radio 2’s Folk Awards. In 2014 and 2018 he released two albums with his band SANS, the second of which, Kulku, won an EMMA (Finnish Grammy) which consisted of Andrew, Ian Blake, Tigran Aleksanyan and Finnish singers Sanna Kurki-Suonio and Erika Hammarberg. His most recent 2020 album, Zithers, is his first that’s entirely solo.

Andrew has produced albums by artists including leading English folk singer June Tabor and featured on recordings by the likes of Scott Walker, Suede, Hue & Cry and Cerys Matthews, and on film soundtracks too. He’s even appeared as an on-screen musician, including in the Netflix 2018 Chris Pine historical epic Outlaw King!  During the 1990s he toured worldwide as both sound engineer and tour manager for leading Madagascan band Tarika, and in another parallel career as a music journalist he’s been one of the main writers for world and roots music magazine fRoots. He also wrote several chapters of The Rough Guide to World Music.

With many thanks to Tigran Aleksanyan for the introduction, and to Anis Zerri, Vicki Spence and the Big Creative Academy for their studio.  These 2021 sessions are kindly supported by Arts Council England.