July 2019 and we were asked to play again at the amazing Timitar Festival in Agadir, Morocco, so took the opportunity to record that most Moroccan of instruments – the ribab, which we didn’t record last time here in 2014.

A ribab is a type of violin with only one string, usually made of horse hair, and is sometimes spelt rebab (not to be confused with a rabab or rubab, which is a stringed lute instrument from Afghanistan). It’s very much part of Morocco’s Amazigh or Berber ethnic culture, the indigenous pre-islamic inhabitants of North Africa (if you’re unfamiliar, this short video on Youtube explains). The instrument comes from the country’s southern most region, where the Sahara is to the south, the Atlantic to the west and the Atlas Mountains to the east. 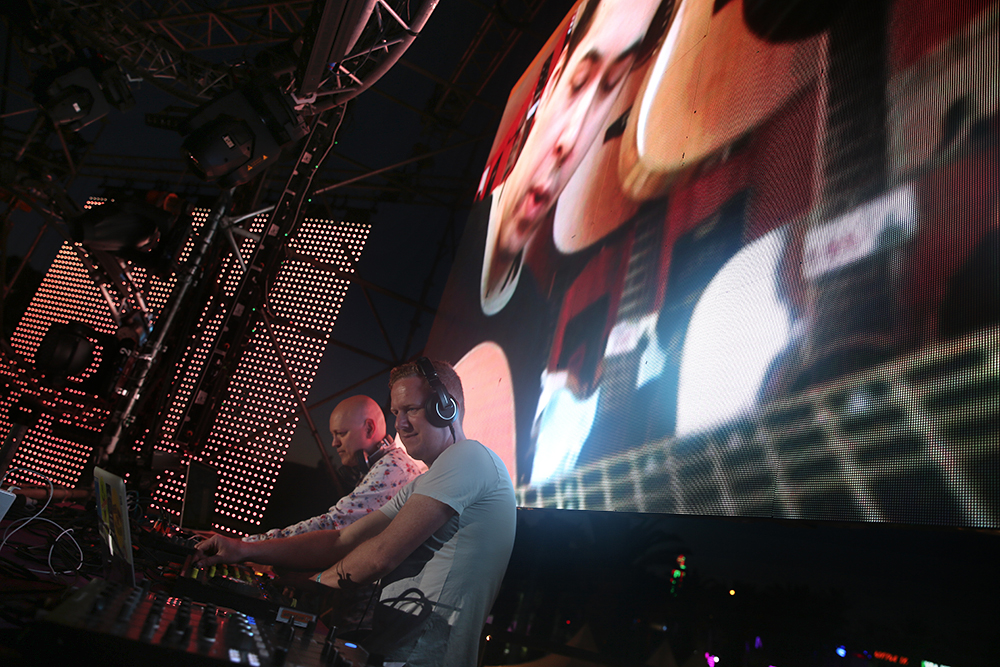 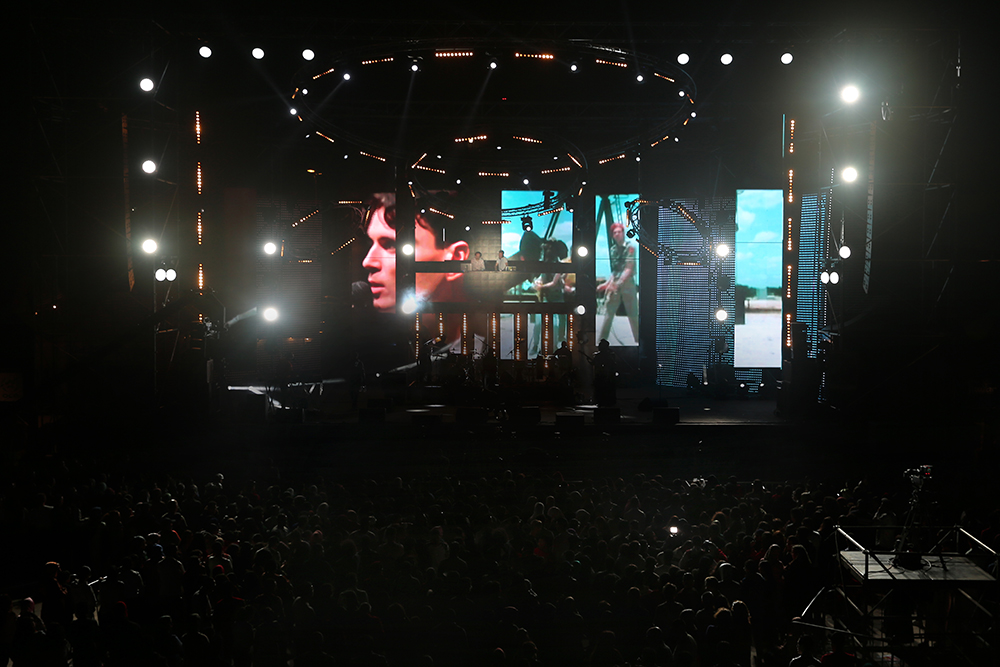 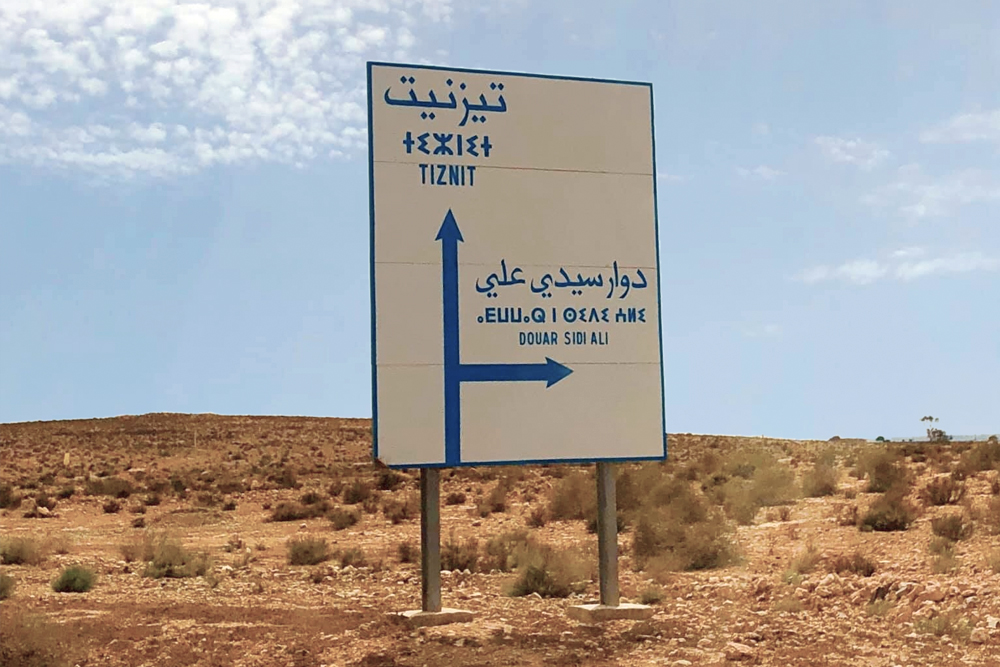 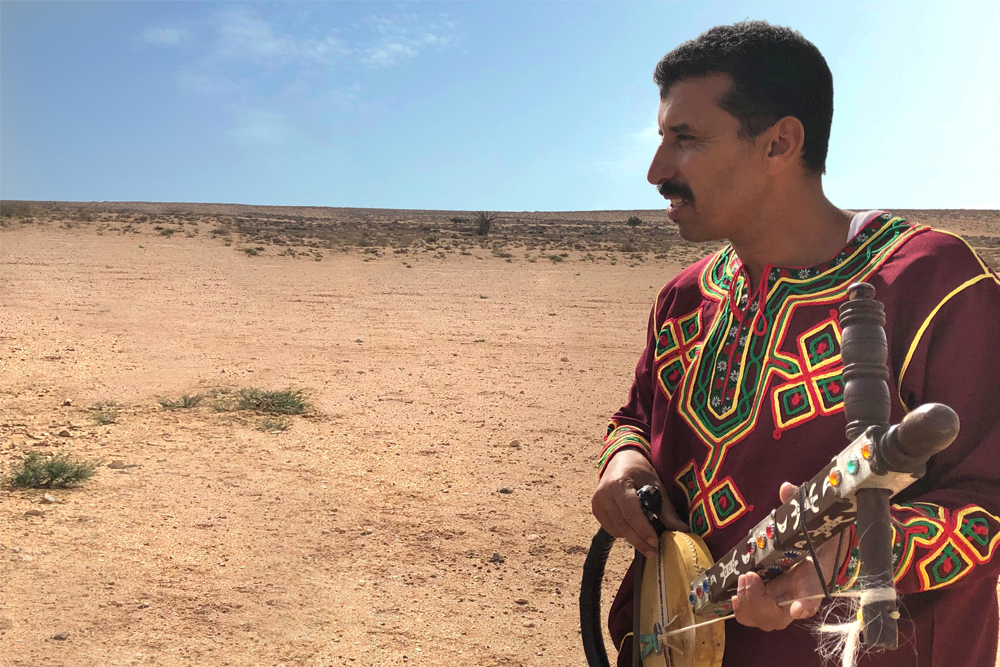 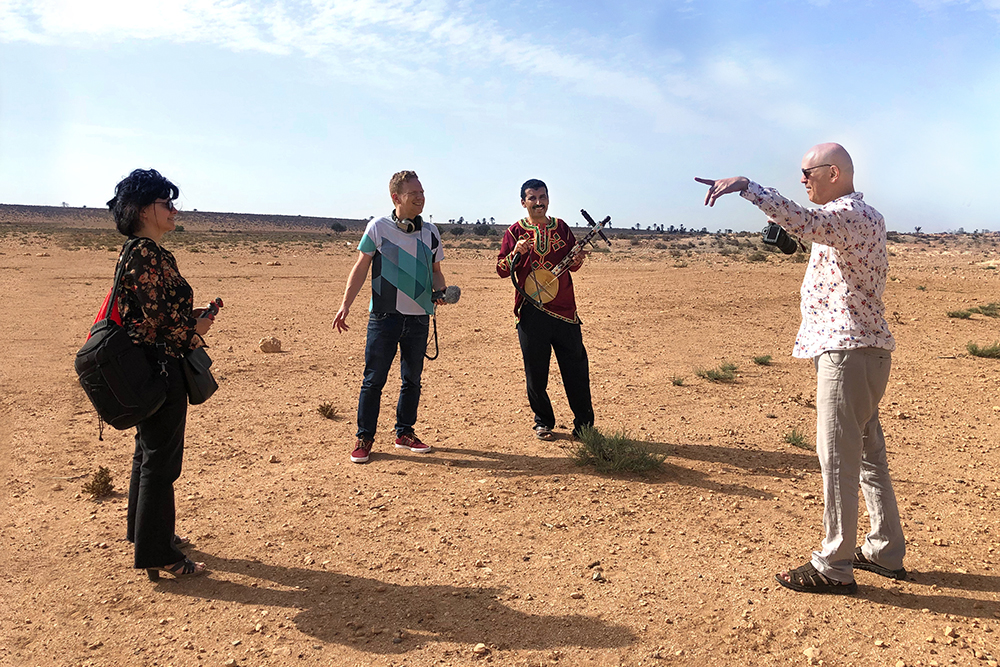 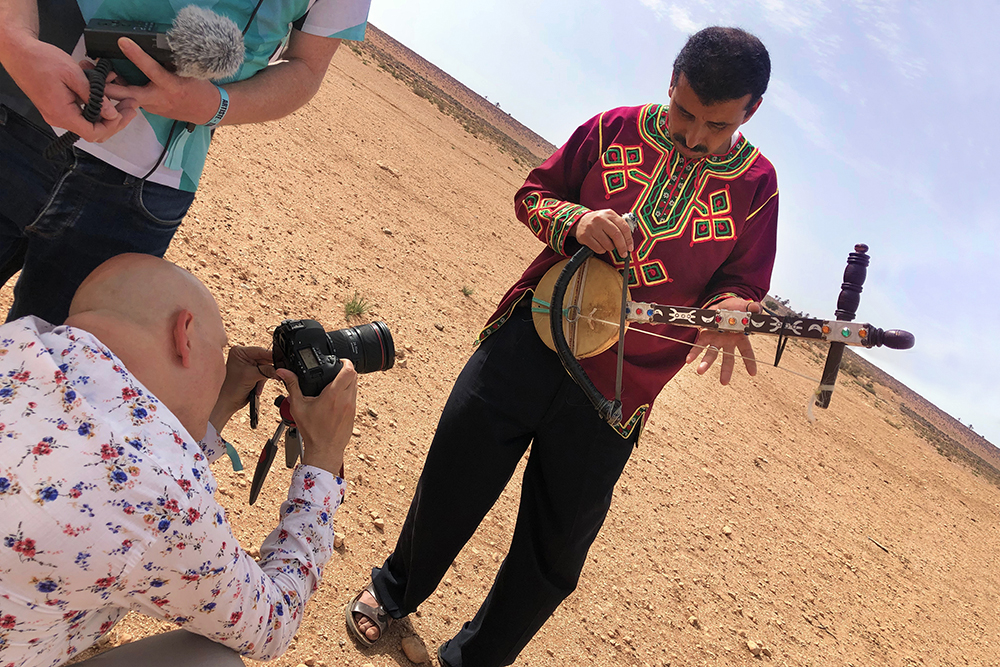 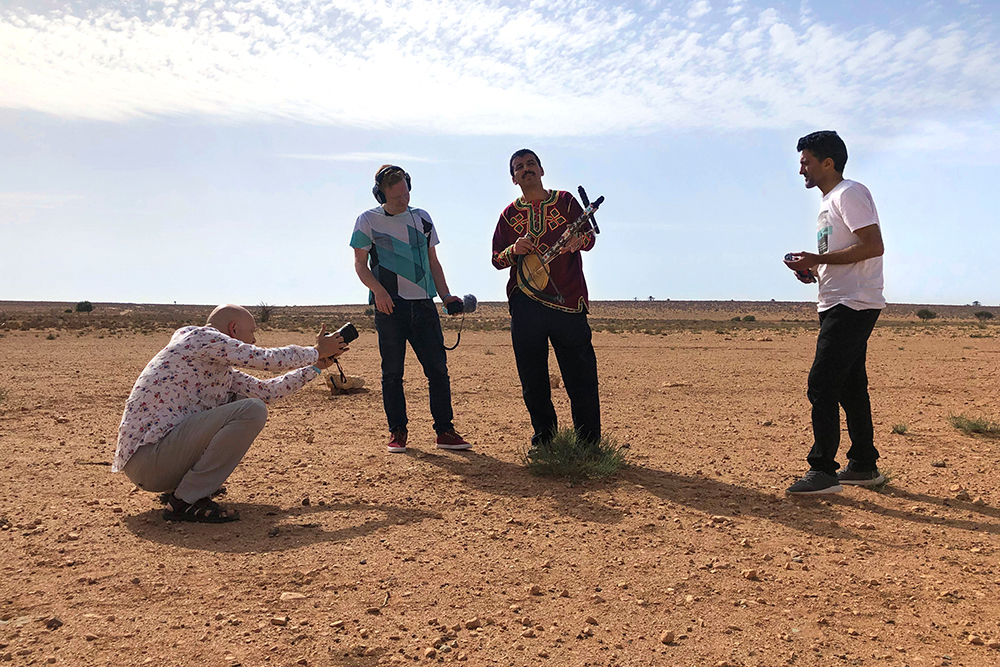 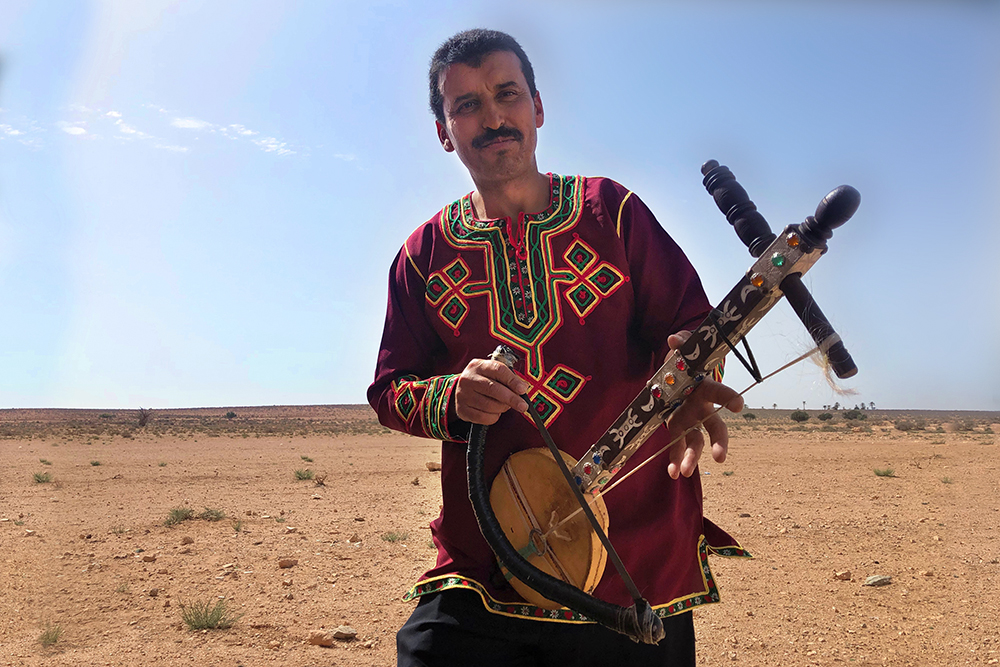 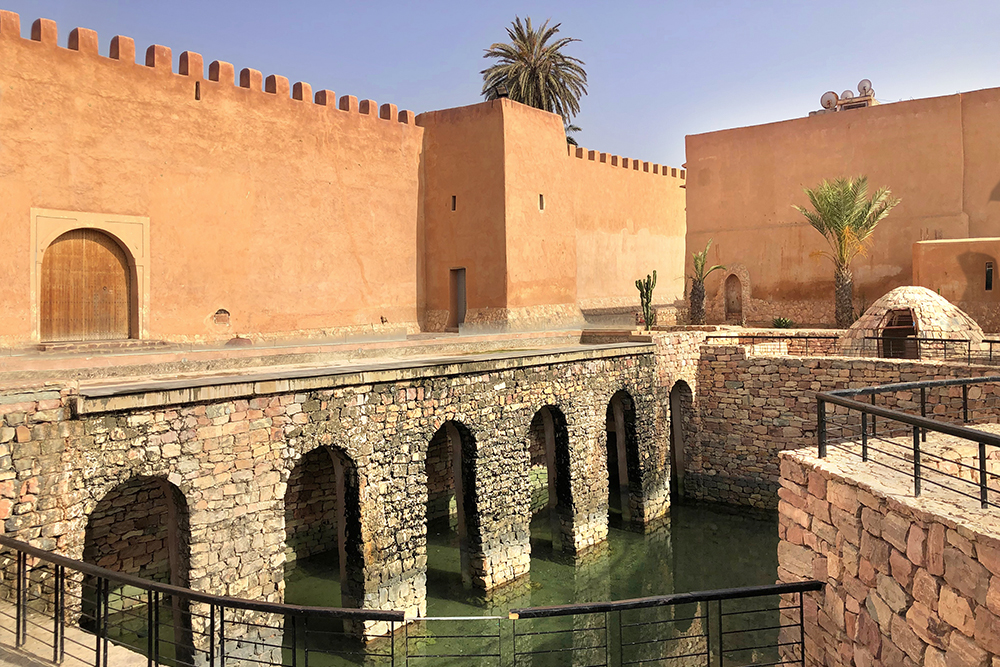 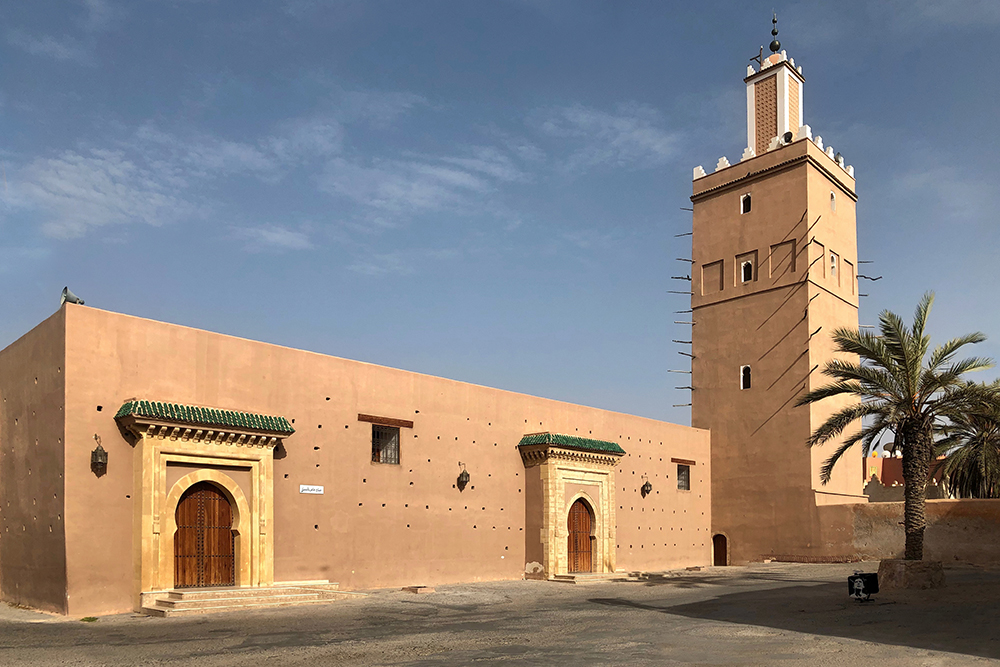 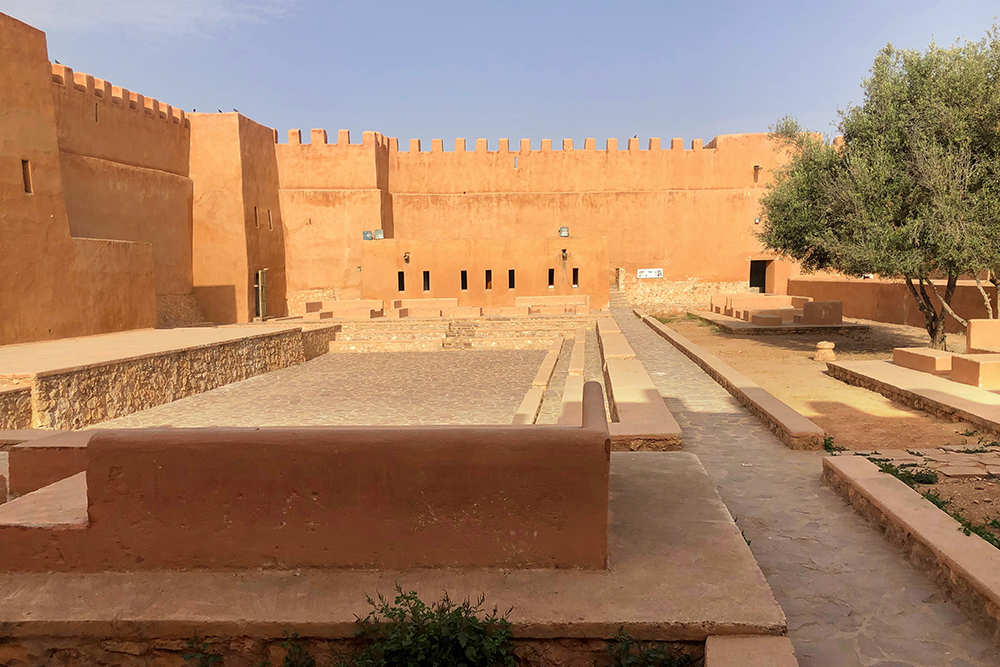 So leaving Agadir, we drove south to the beautiful town of Tiznit, a few hundred miles from where the Western Sahara starts, to meet up with ribab player Ahmed Bijdiguen.  Stopping outside the town in the desert surroundings near where he lived, we recorded and filmed a wonderful session with him before heading into Tiznit itself.

As a child, the first instrument Ahmed learnt to play was the banjo and it wasn’t until the early 90’s he began learning the ribab. As part of the old Amazigh / berber tradition, music played on the ribab is passed down through oral tradition or ‘played by ear’ from generation to generation, but he’s learnt how to write music to be able to also share the songs more easily with others.  Recently, during Tiznit’s Amzad Festival, he’s been teaching young people how to play ribab at La Maison de la Culture there, while he’s also been learning to play violin, piano and guitar himself at the local Conservatoire de Musique. Ahmed regularly plays at seasonal festivals and traditional wedding ceremonies and since the early 2000’s he’s released five albums, his latest being this year, 2019.

With massive thanks to El Moustapha Sebti, Stephen Hollands and the whole Timitar team.