We’d timed our week in the Indonesian city of Surakarta, known locally as Solo, to coincide with its week-long festivities celebrating the 275th anniversary of the founding of the city, which was 18th February 1745. One of the week’s opening events was an outdoor concert by traditional local band Barona, and intrigued by their surprisingly Latin-sounding music we decided to speak to the group after their performance.

Discovering the style was called Kroncong – or Keroncong in Indonesian – band leader Soladi Wardoyo explained that this latin-sounding style of music was in fact because of Portuguese traders and sailors that had come to Indonesia in the 16th century and their music and local styles had blended. He was interested in being recorded for Orchestra of Samples and so we arranged to visit his rehearsal space. 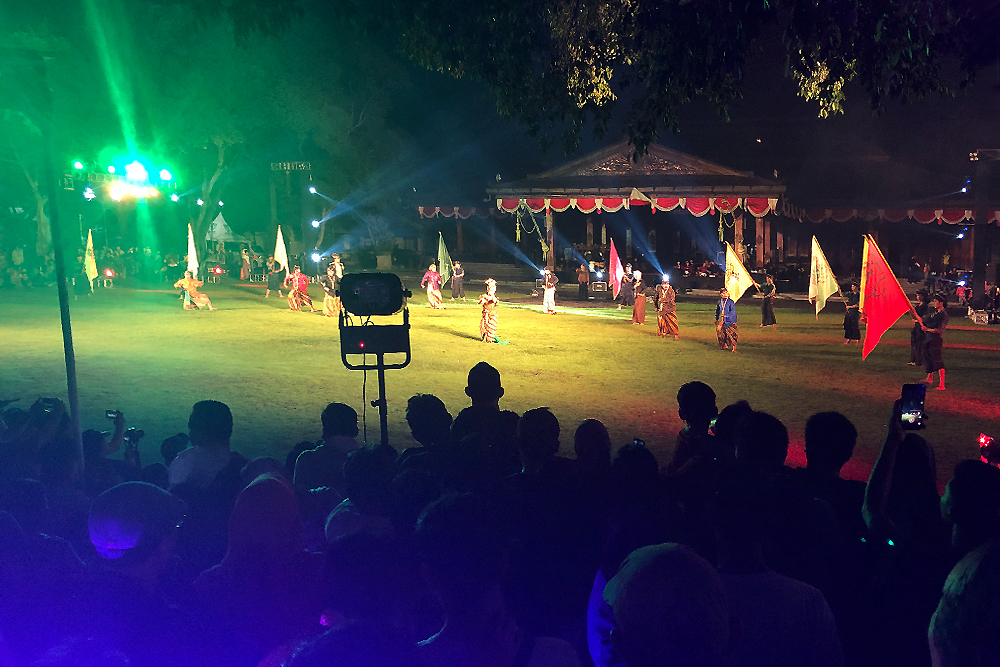 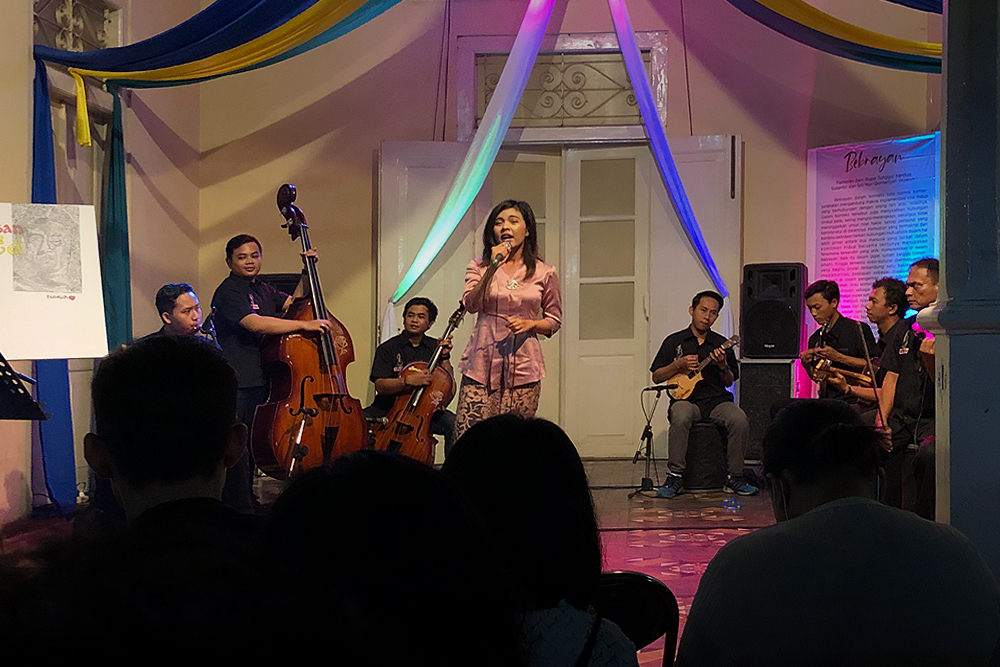 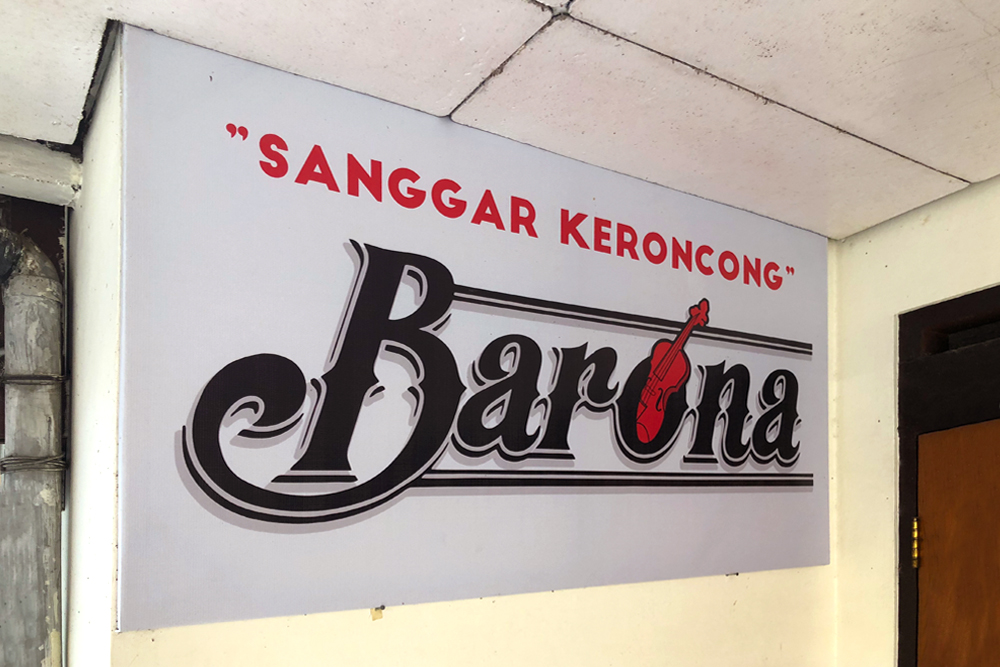 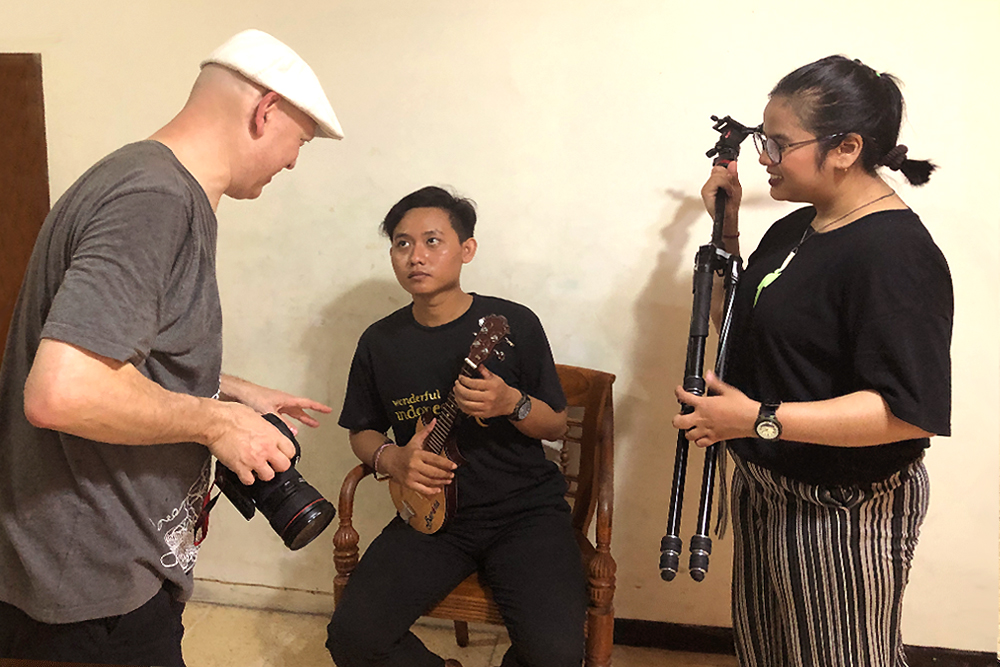 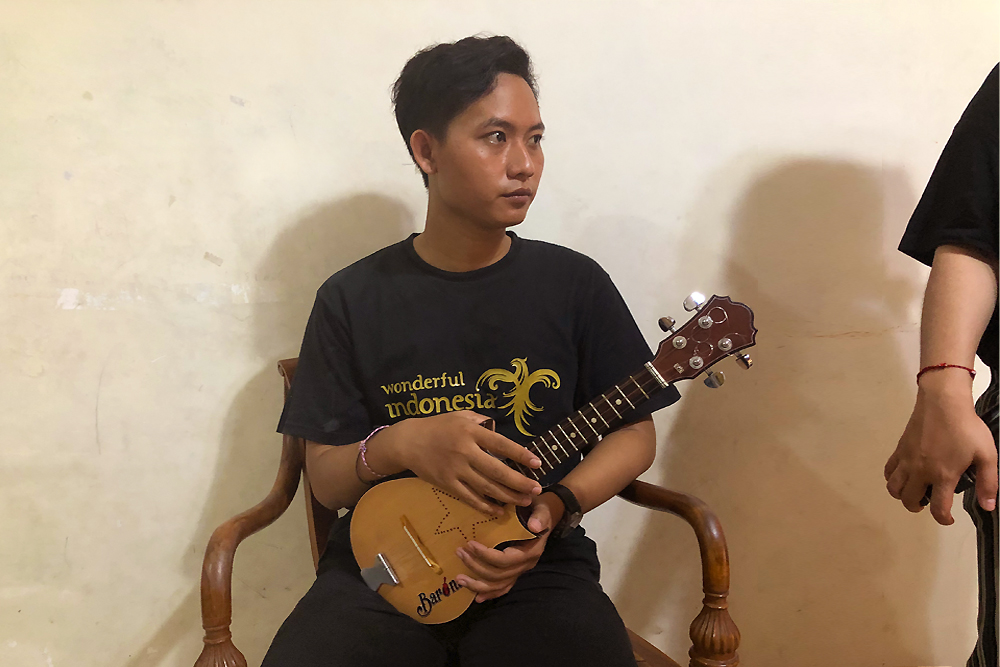 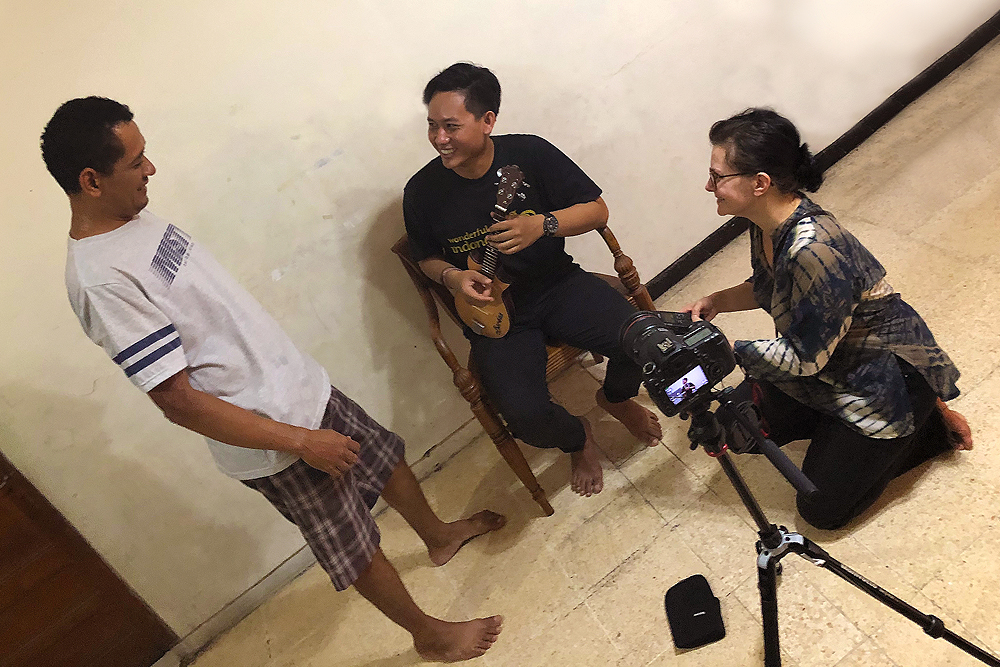 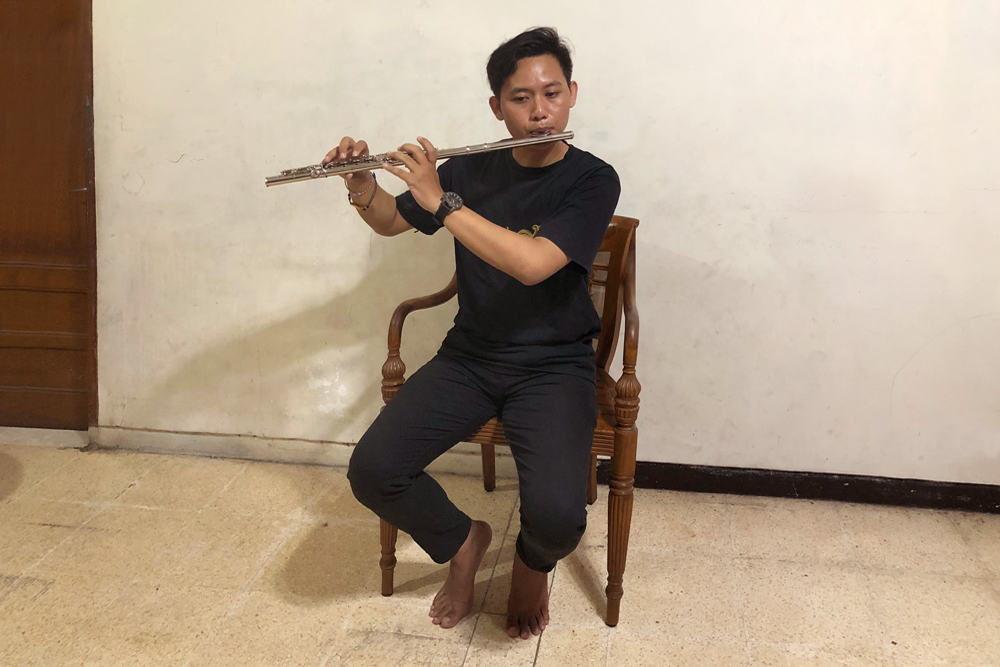 We recorded Soladi playing flute and two regional small guitar-like instruments called Cuk and Cak (pronounced ‘chuk’ and ‘chak’ and are 3 string and 4 string respectively) but as a proficient multi-instrumentalist he also plays cello, violin, rebab, contra bass, guitar and sings! He studied ethnomusicology at the Institute of the Arts Indonesia in Surakarta, specialising in Kroncong music, and joined the 9-peice Barona in 2017, which itself had only formed the year before.

The rehearsal space Soladi runs is called Sanggar Keroncong – sanggar meaning ‘practice studio’, and every Friday they have jam sessions where students practice together. Ethnomusicology students from abroad often come to their space to learn about Kroncong, particularly from Europe and China, and Soladi himself also teaches all the instruments he plays! As well as regularly performing locally, Soladi has also played in the UAE, Spain, France and Russia.

With huge thanks to Fajar for organising things and to Anjge for helping out!