Commission by the organisers of the London Mela – Europe’s largest festival celebrating Asian culture, music and food, we were asked to create a short performance from Orchestra of Samples with east London’s Dhol Academy.

Calling our joint project Dhol Addiction, we performed the closing show of the 2019 edition of the festival together, very artistically cross-pollinated with live guitar, percussion, electronics, rappers, Indian dance, sampled musicians on screen and plenty of dhols – for those not familiar, dhol is the double-headed drum used throughout the Indian subcontinent.  Our collaborative show brought a high energy and diverse ‘traditional meets 21st century mixed-media’ vibe to the event’s finale, all timed up to a huge firework display! 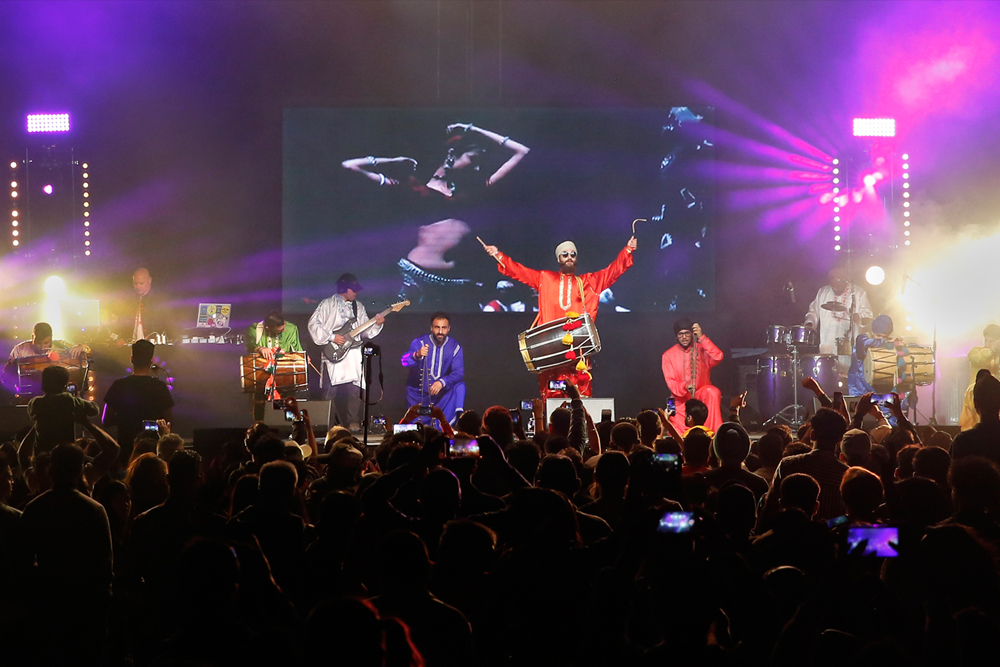 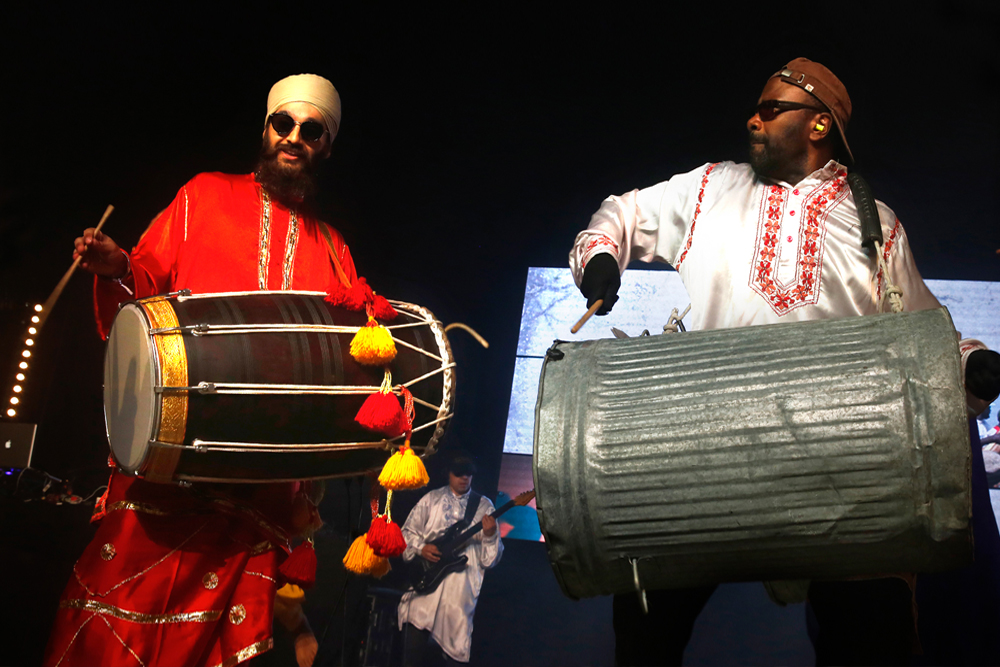 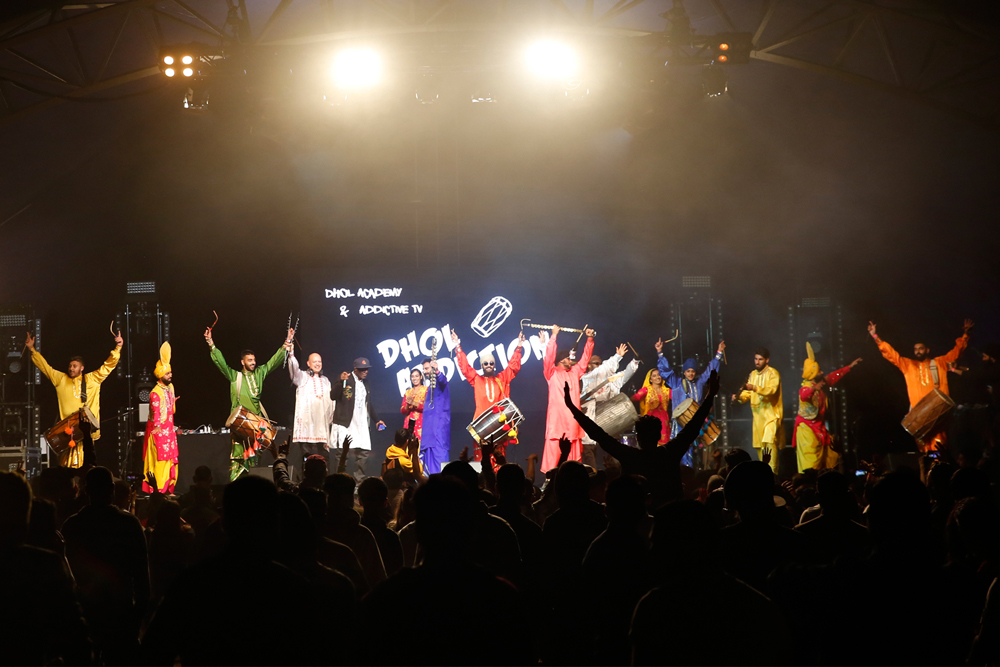 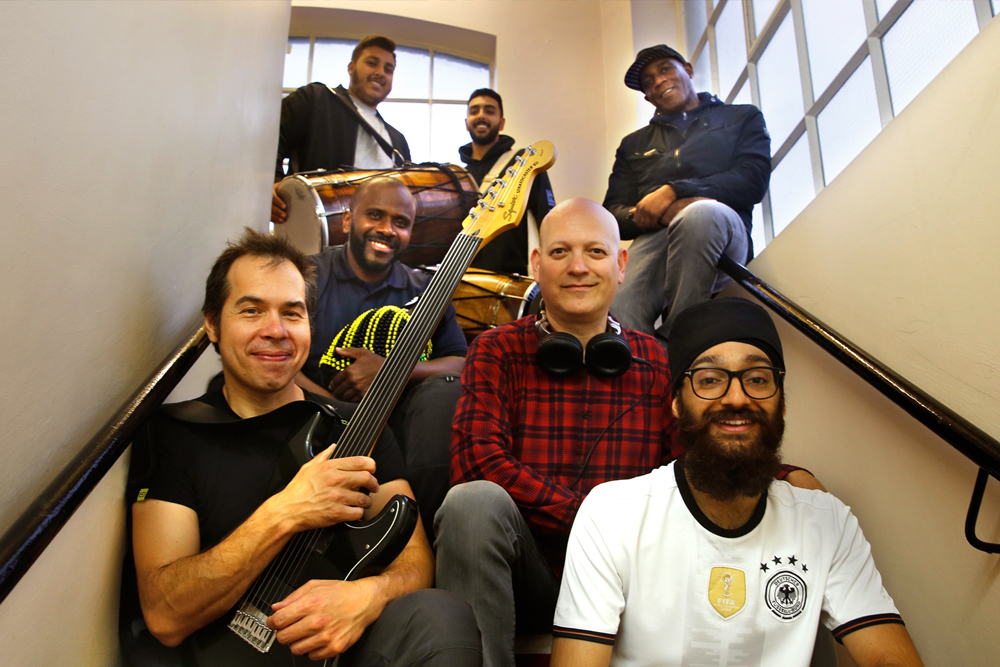 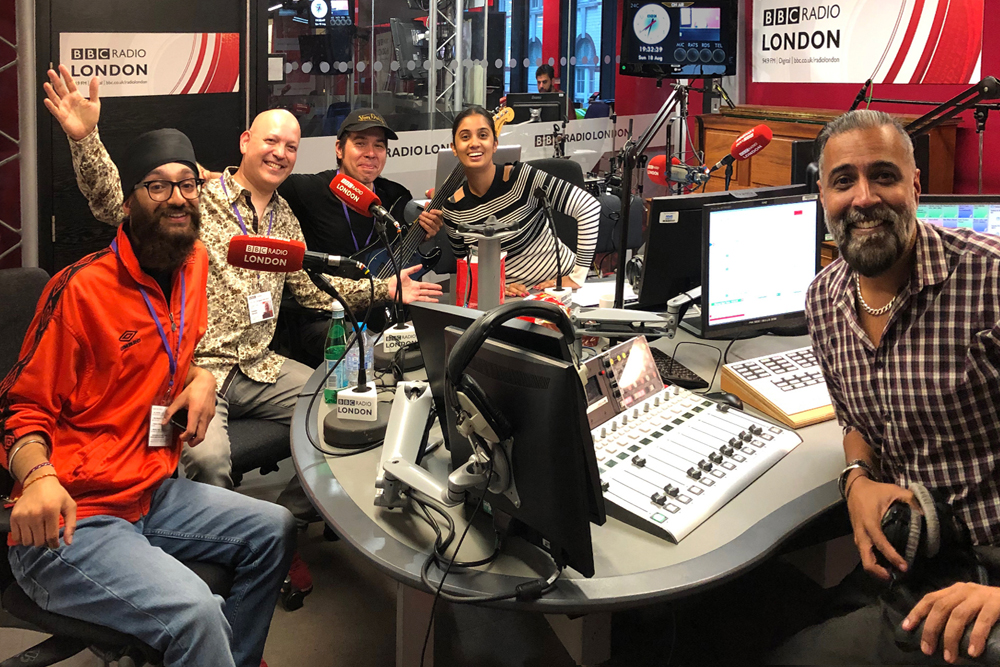 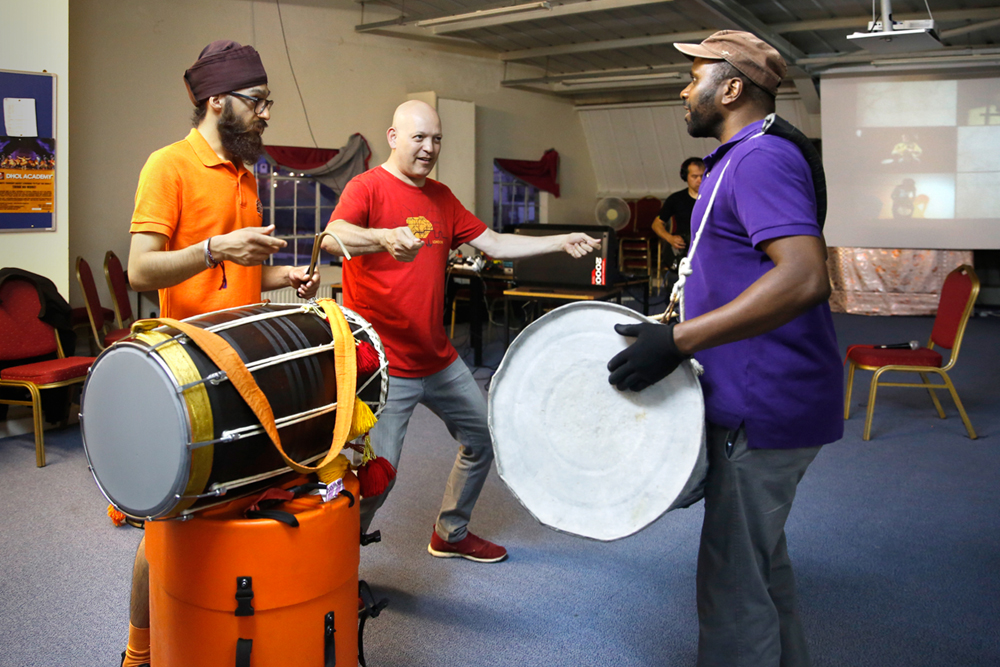 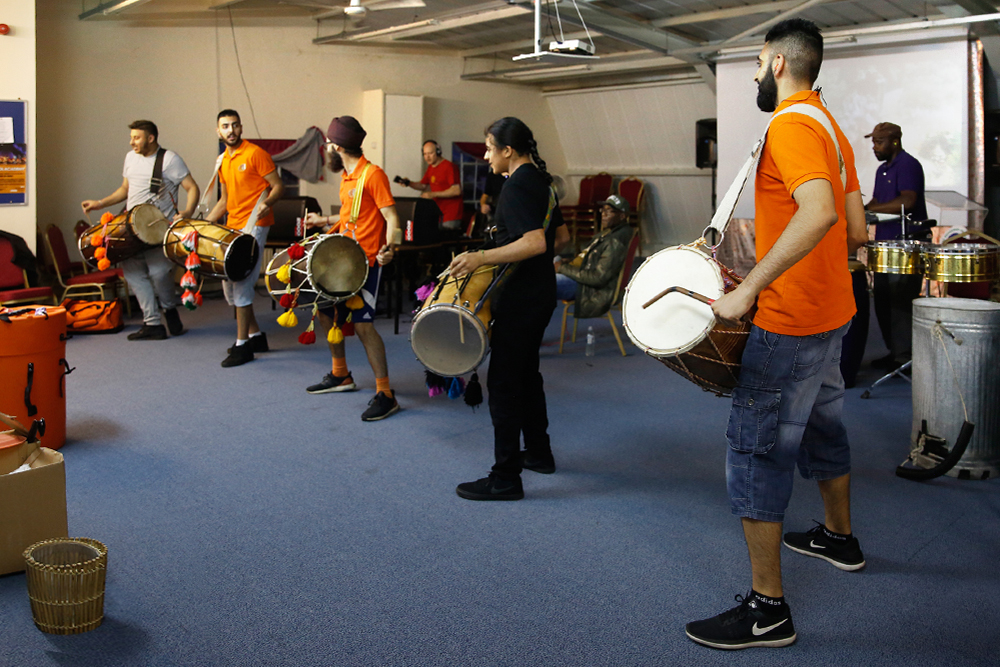 The Dhol Academy was founded in the 1980s as an outlet for young adults and children and over the years has nurtured thousands of talented drummers, and it was great to work with them again after their involvement with our London Borough of Culture 2019 project.  They’re perhaps best known for staging the show ‘In the Dhol Drums’ by artist, film-maker and actor Ajay Chhabra (Holby City, Stan Lee’s Lucky Man) which featured the largest dhol in the world, where a number of performers inside the giant drum structure climbed out drumming!

With many thanks to Nutkhut, Remarkable Productions and the London Mela team.