June 2014, and while performing Orchestra of Samples at the Timitar music festival in Agadir, Morocco, the festival organised a recording session for us at the local Jazzawiya Studios, where many international artists have rehearsed – including, at one time, the legend Bob Marley himself! Guitarist Oussama Belmamoune, from the band Mehdi Nassouli, who were headlining that night at the festival, introduced us to a number of his amazing musician friends who we recorded for the project – including himself, who we recorded first.

Next we recorded Issam Benkari playing darbouka, followed by Idlasmad Houssaine from Afghanistan who goes by the artist name Gent Leman – he plays both bass guitar and congas in Moroccan group Zegro Band, but we only recorded a conga session.  We laid down some great bass-lines with bass player Hassan Bendaoud and then with Qamoum Mehdi some traditional Moroccan style bass on guembri (or gombri, or sometimes called sintir), it’s a three stringed African bass guitar with a beautiful deep resonating sound because of the stretched camel skin covering the front. We recorded a slightly different one in Tunisia too, used in our track Hangman. 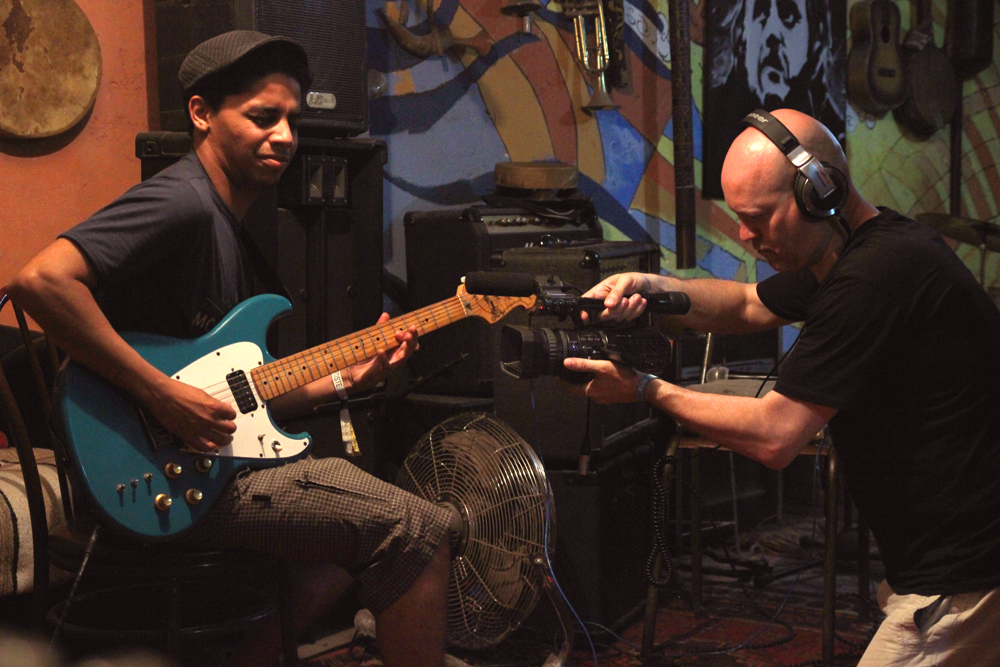 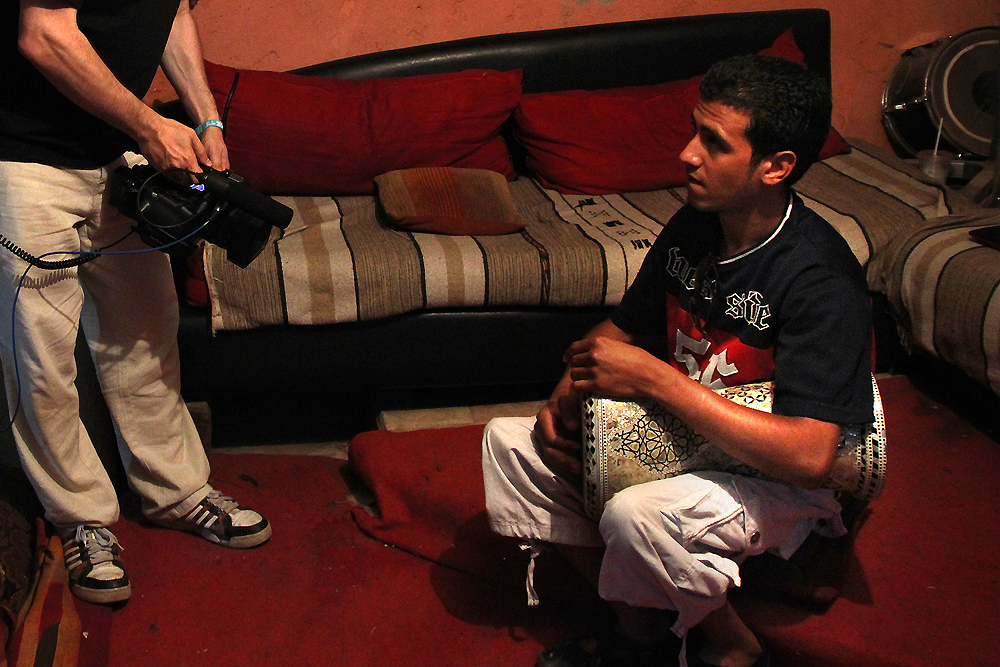 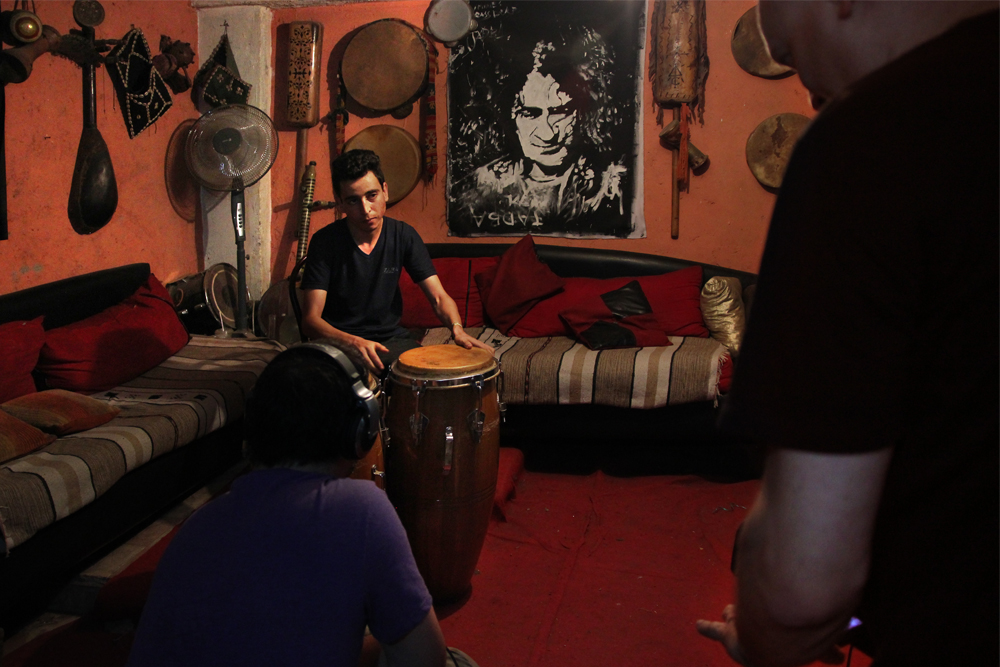 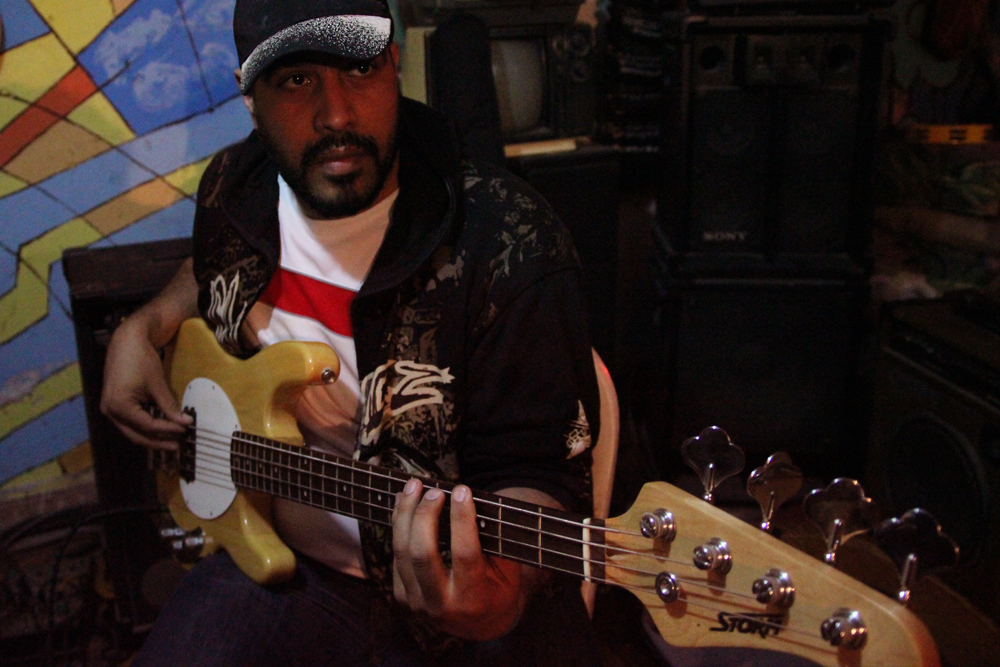 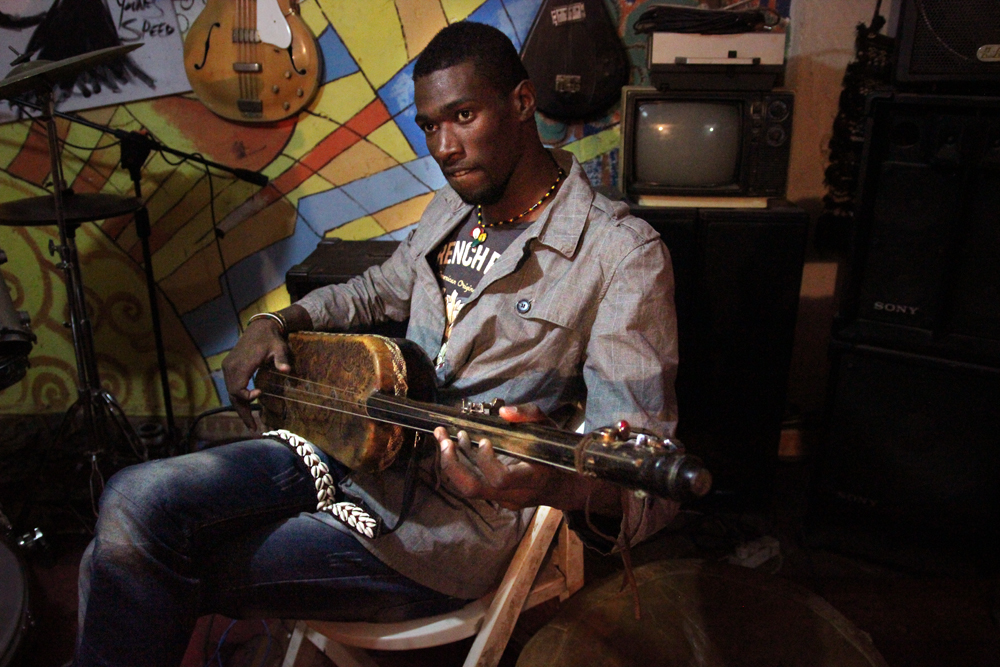 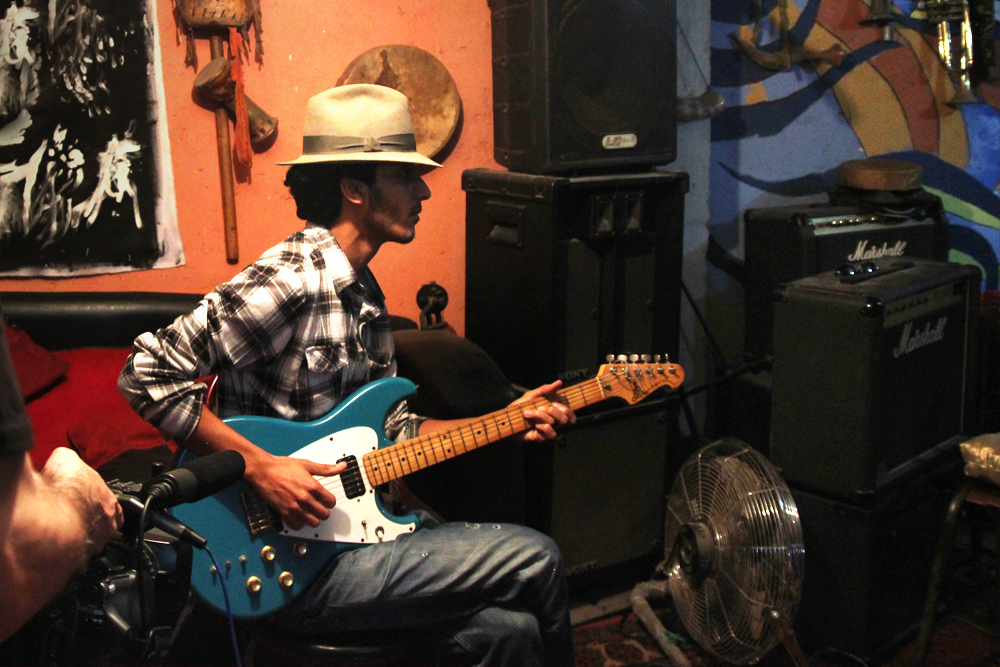 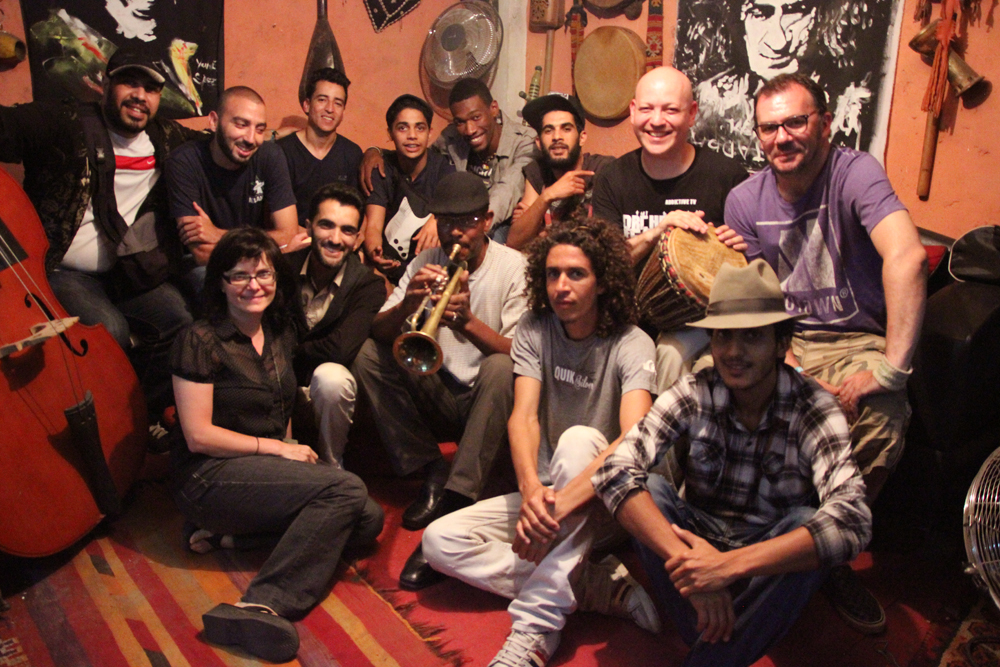 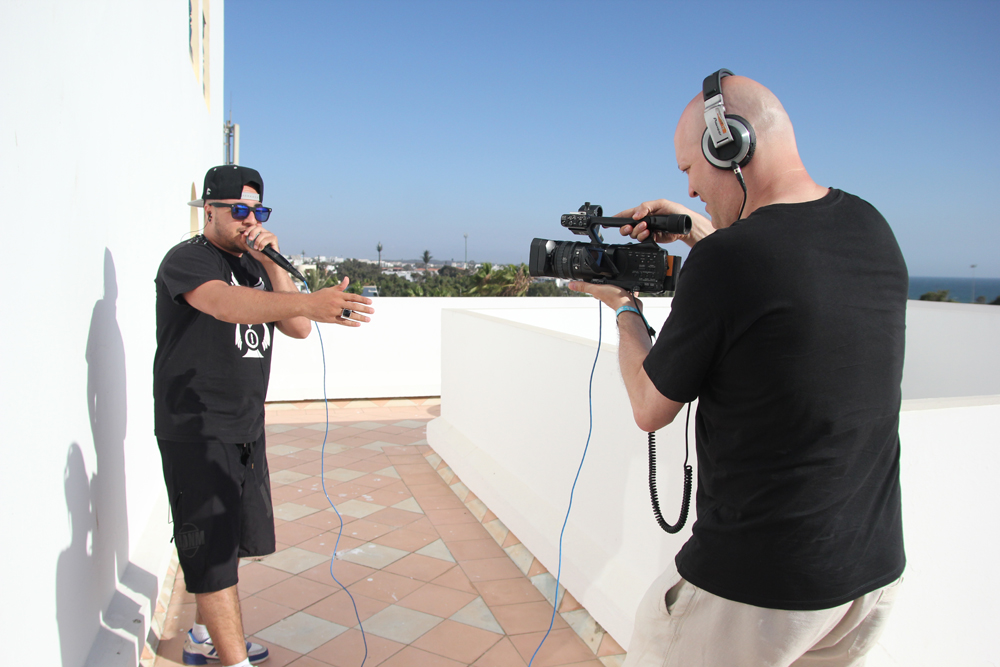 Lastly, we recorded guitarist Said Baba, who’s from the Sahara region of southern Morocco, and he played some truly captivating and haunting traditional sounds from the Saharan tribes of that area.  It made the hairs on your arms and neck stand up!

By chance, the next day we met Moroccan rapper SiSimo, who was performing at the Timitar Festival too with French group MC Connexion, and who happened to be staying in the next room at the hotel!  We got chatting and so asked if he wanted to be part of Orchestra of Samples, and he was really up for it – so we went up to the hotel roof area and filmed an impromptu recording session, what a star!