This month we were invited for a residency at More Music, the forward-thinking community space and education charity in the UK’s northwest Lancashire coastal town of Morecambe.  As well as being a performance venue, they have a recording studio, education activities and youth centre with outreach programmes working with local schools via Lancashire Music Hub.

They organised a number of workshops and talks for us over a few days, including with students from Morecambe Bay Academy, two of whom we filmed for Orchestra of Samples; the incredibly talented pair Dale Lambert on accordion and pianist Ewan Davies.  The More Music team also organised for us to record a whole host of musicians, including multi-instrumentalist, composer, teacher and activist Pete Moser, who originally set-up More Music back in the early 90’s and remained its Artistic Director until 2018.

Pete was also part of the original team raising the funds for the inspired Time & Tide Bell project by UK-based American sculptor Marcus Vergette, where a series of large bells are now permanently installed around the UK to highlight rising seas and climate change. Locations are from Trinity Buoy Wharf on the Thames in London and Bosta Beach on the Isle of Lewis in the Outer Hebrides, down to the Welsh and Devon coasts and of course in Morecambe itself, where we recorded Pete playing the bell at low-tide, as the bells all ring out at high tide, with the water pushing the bell’s hammer. 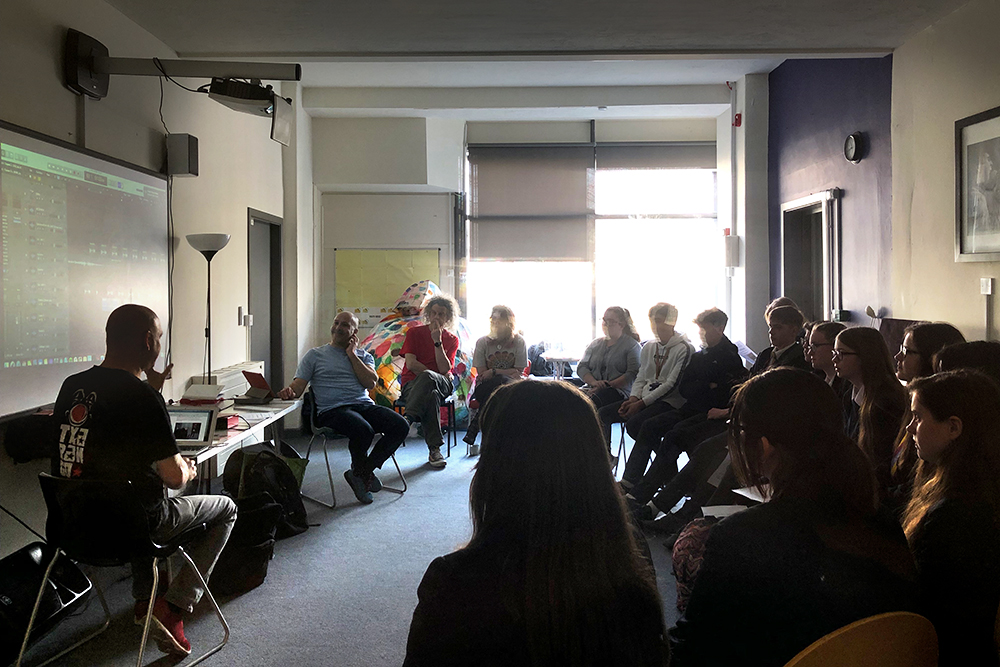 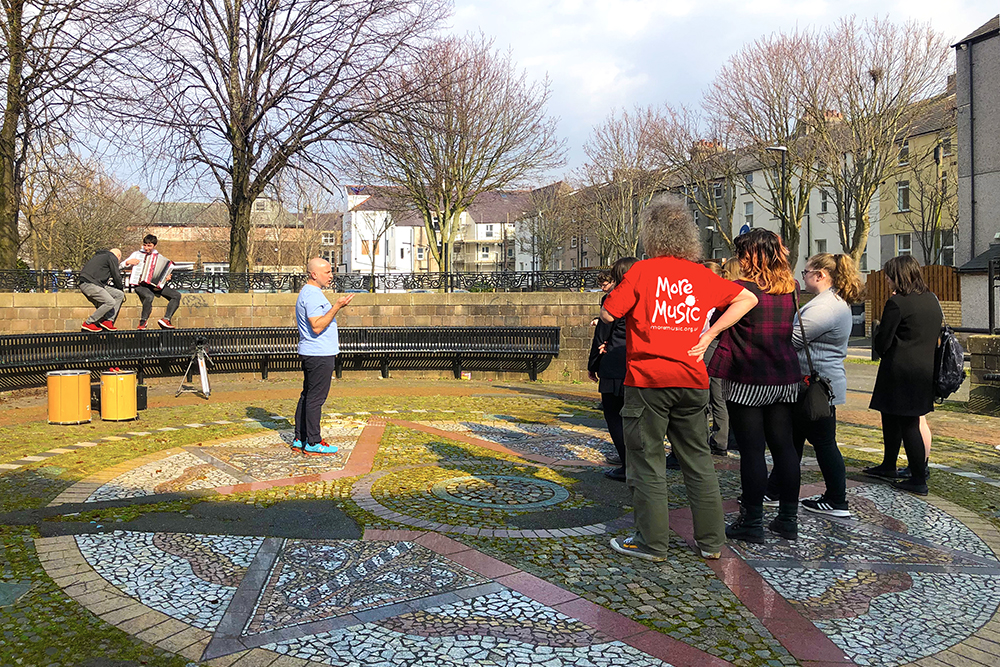 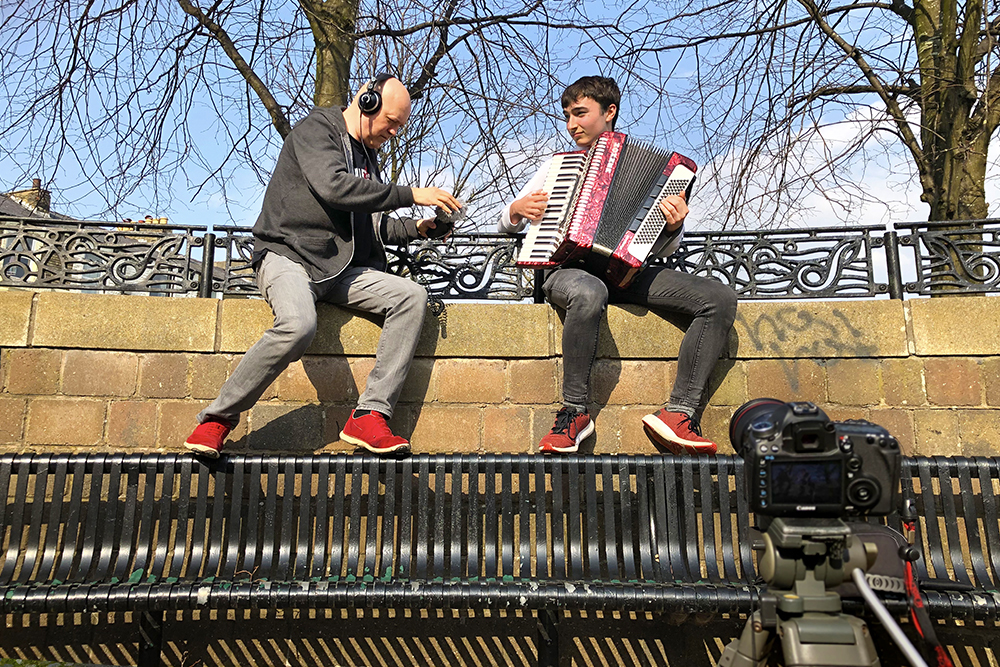 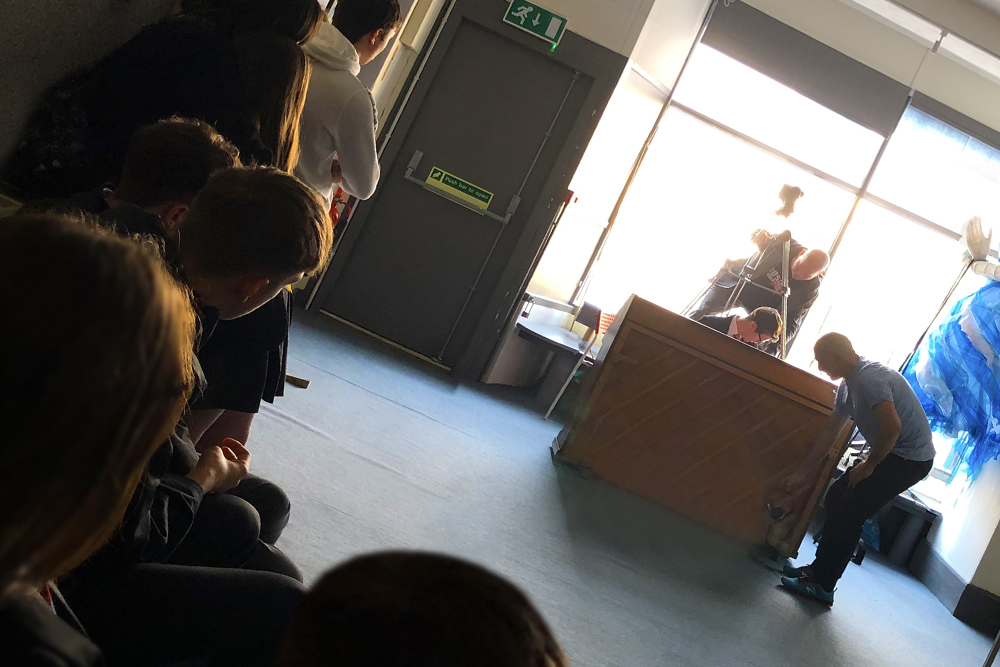 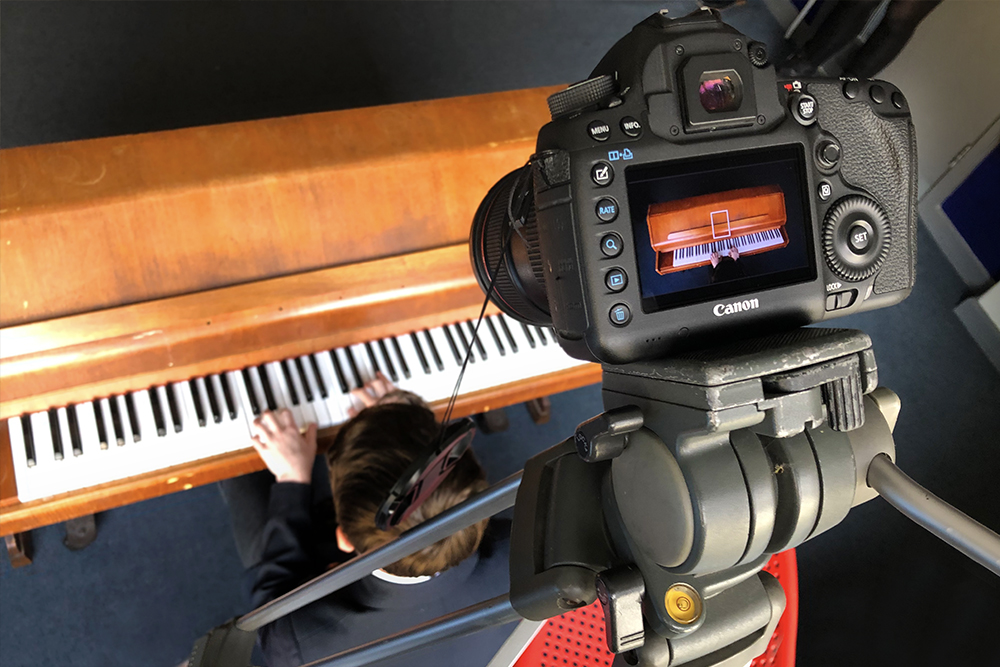 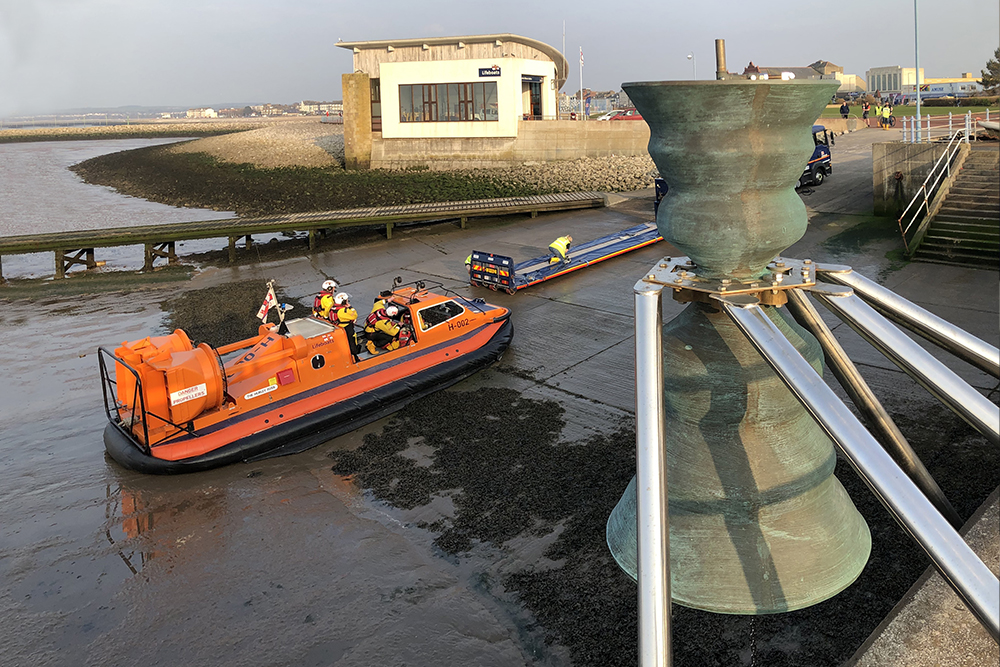 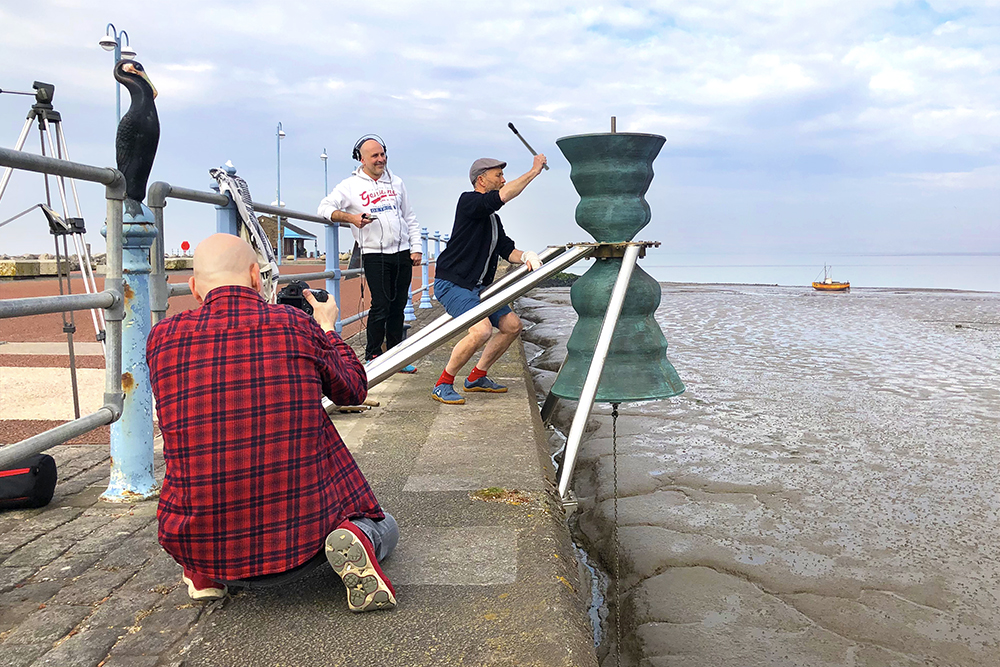 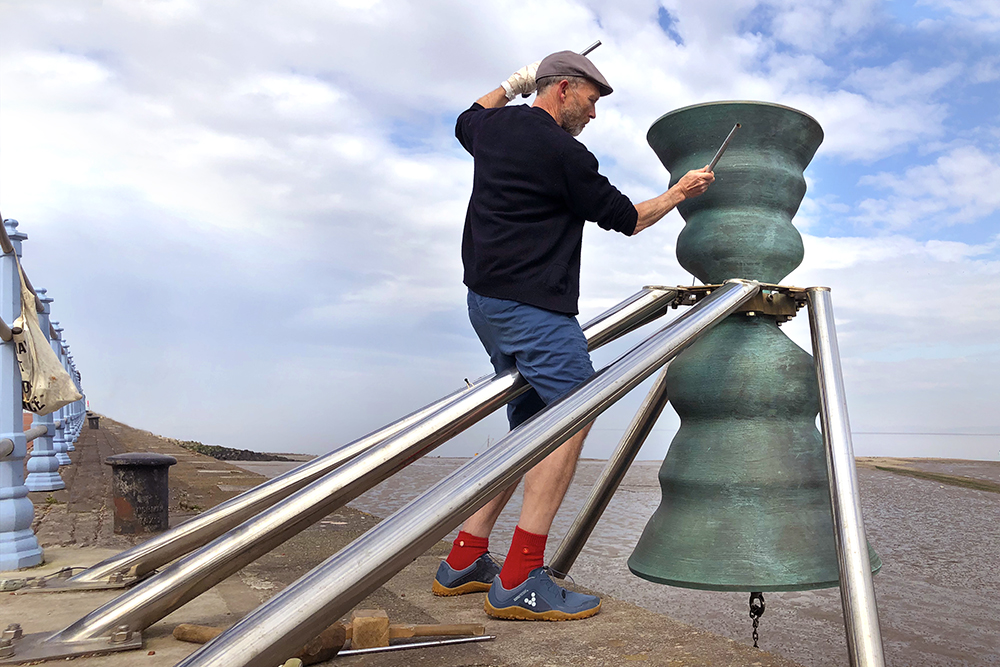 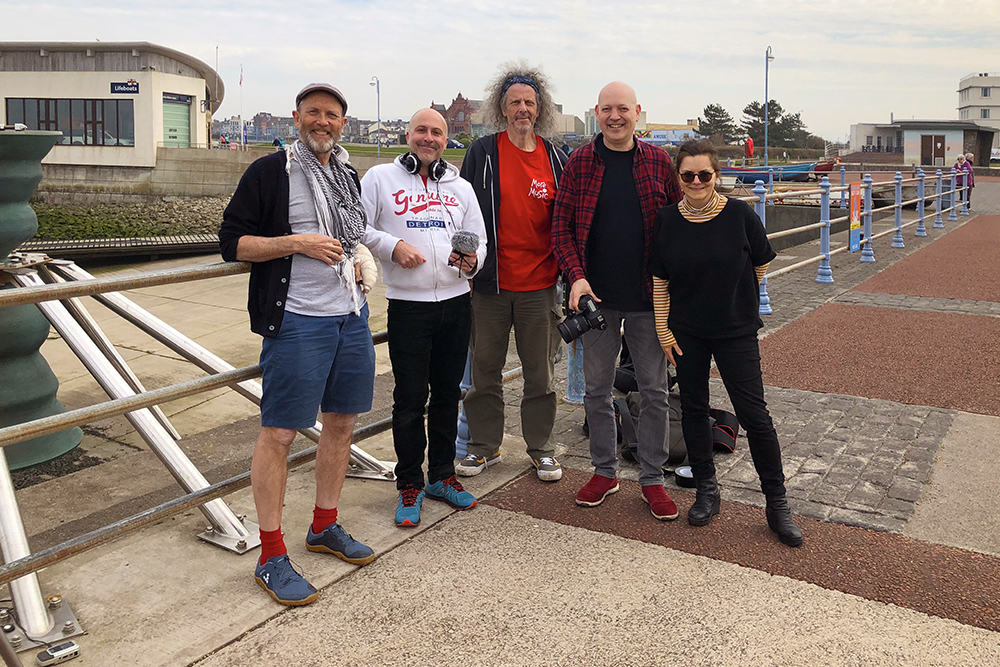 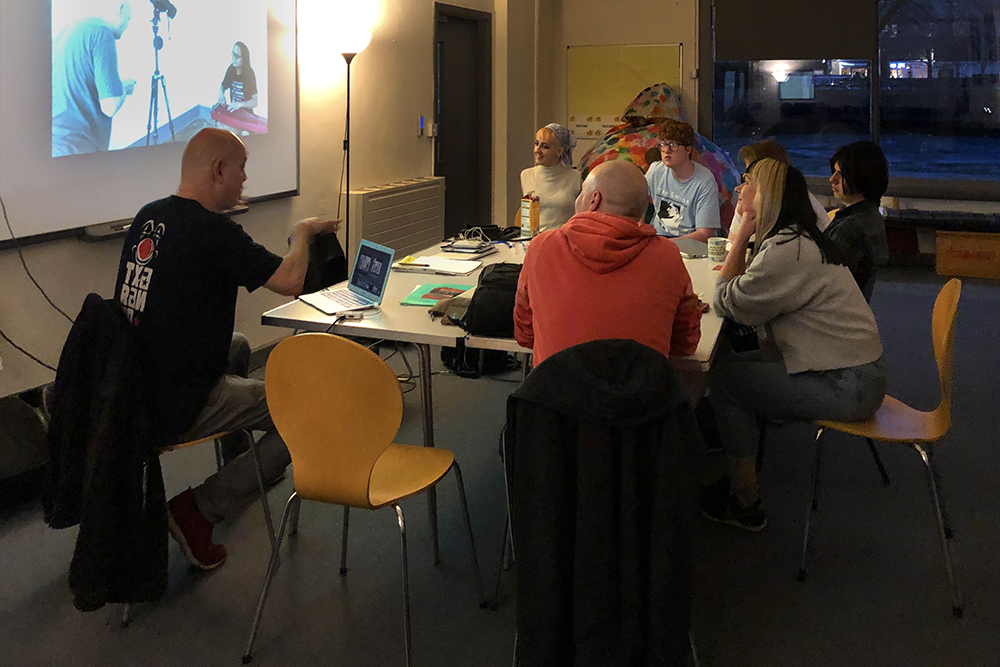 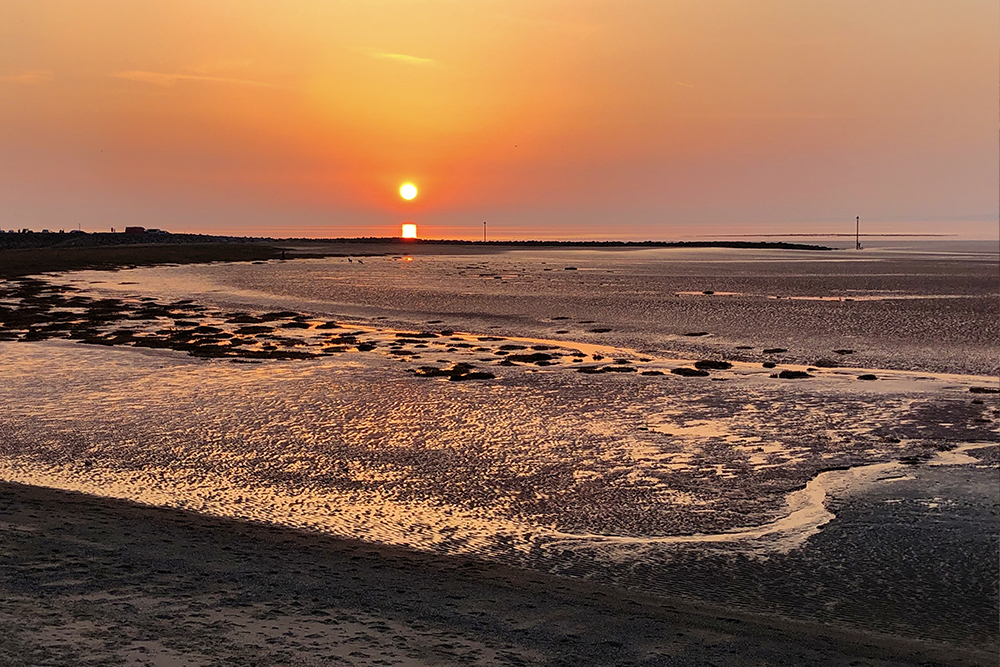 We were also introduced to musicians from Morecambe’s Long Walk Chinese Orchestra – a community project set up by More Music in the wake of the 2004 Morecambe Bay cockling tragedy, where 21 Chinese migrants picking cockles lost their lives to incoming tides. The group hold regular sessions, working with local musicians from all backgrounds, including the local Chinese community, and have performed at a number of festivals, including in Hong Kong. We recorded James Wood and Phil Keen playing traditional luiqin and erhu instruments respectively. For info, we previously recorded erhu for the project in Beijing back in 2016.

An instrument we’ve wanted to record for years is the hurdy-gurdy, and finally we had the opportunity!  We were introduced to singer-songwriter, poet and multi-instrumentalist Bill Pook, who’s been playing in groups since the 70’s and is now with the bands Fee Fee Moy Moy and Corvus, he’s also currently working on an experimental live film re-scoring project. We recorded Bill improvising on both his English and his larger Polish hurdy-gurdy. 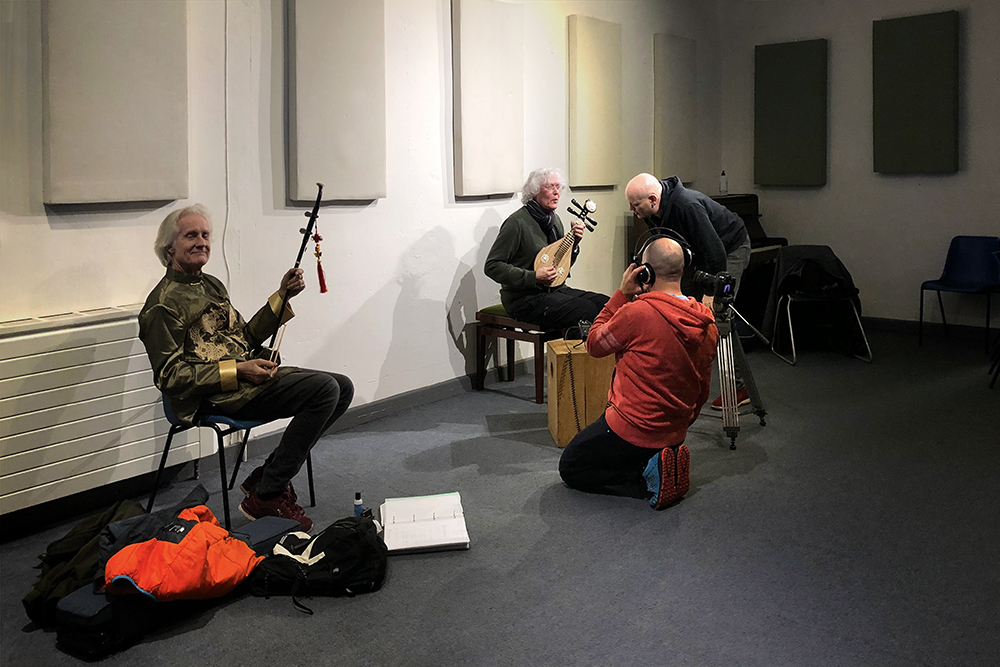 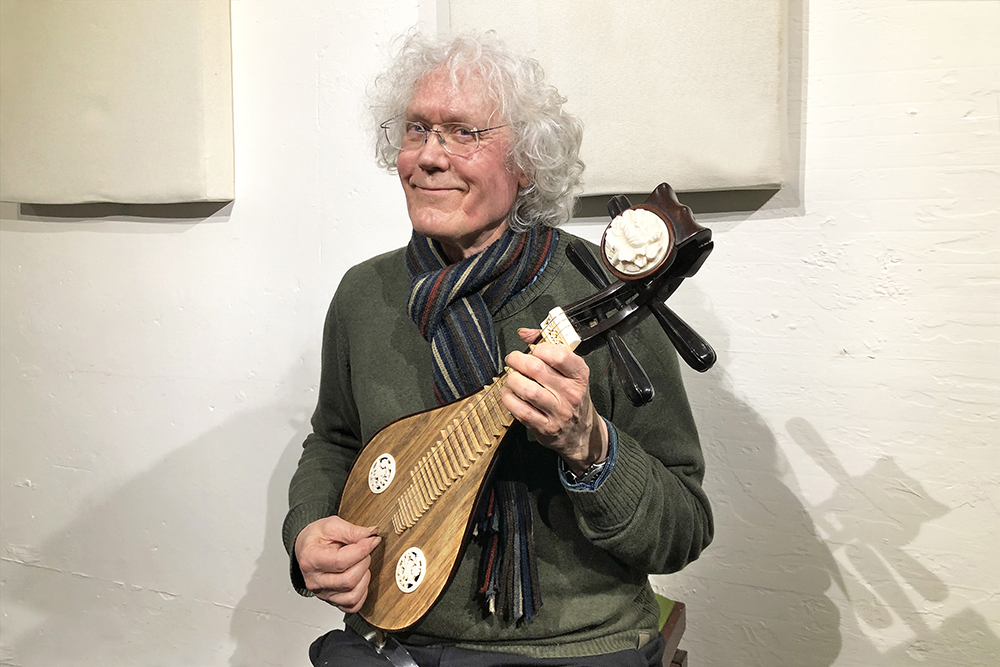 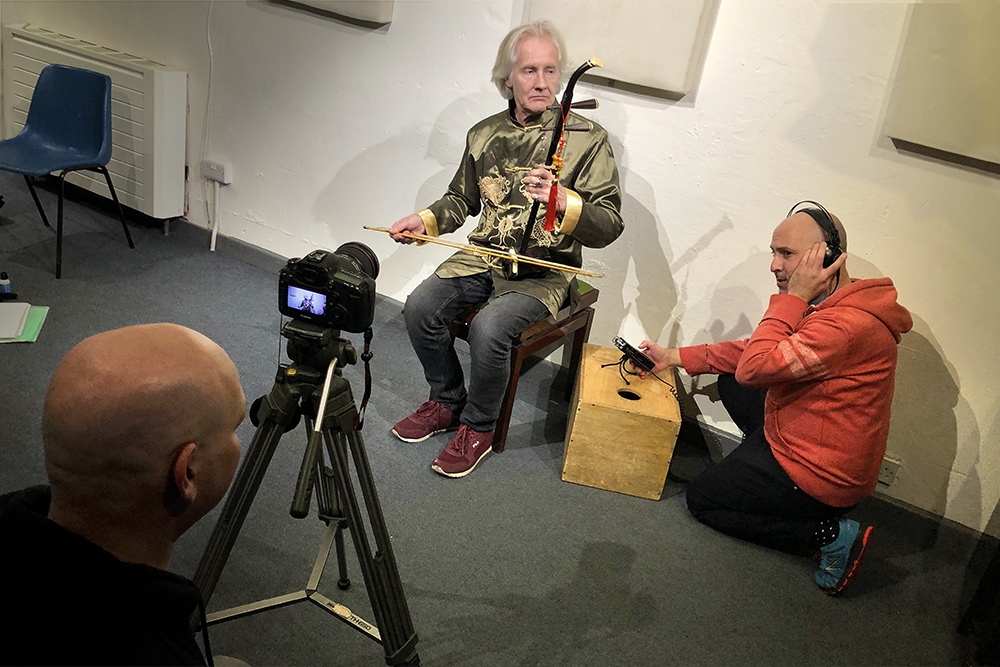 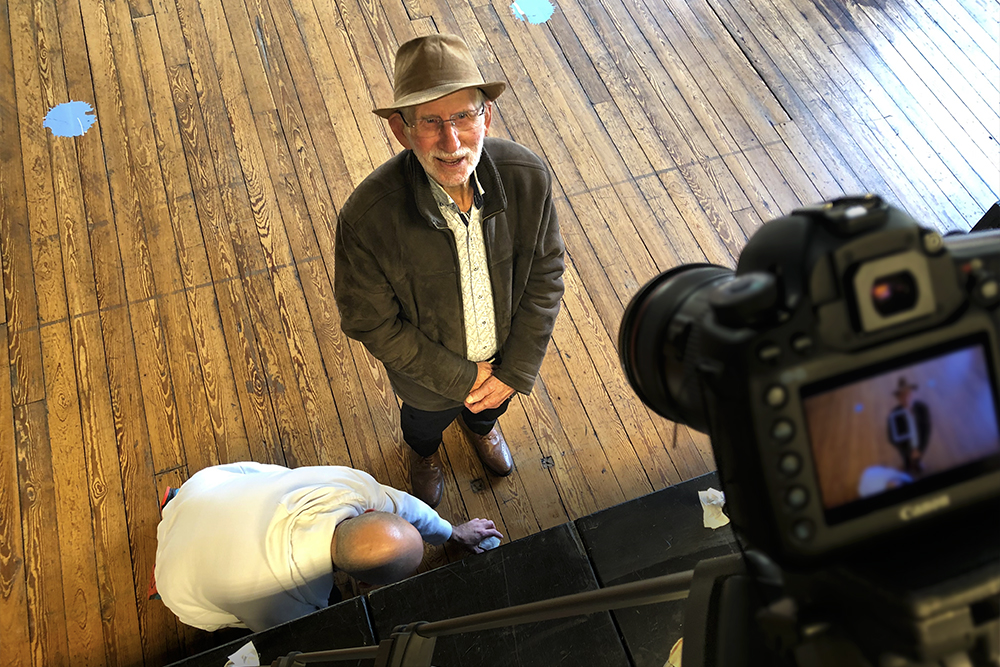 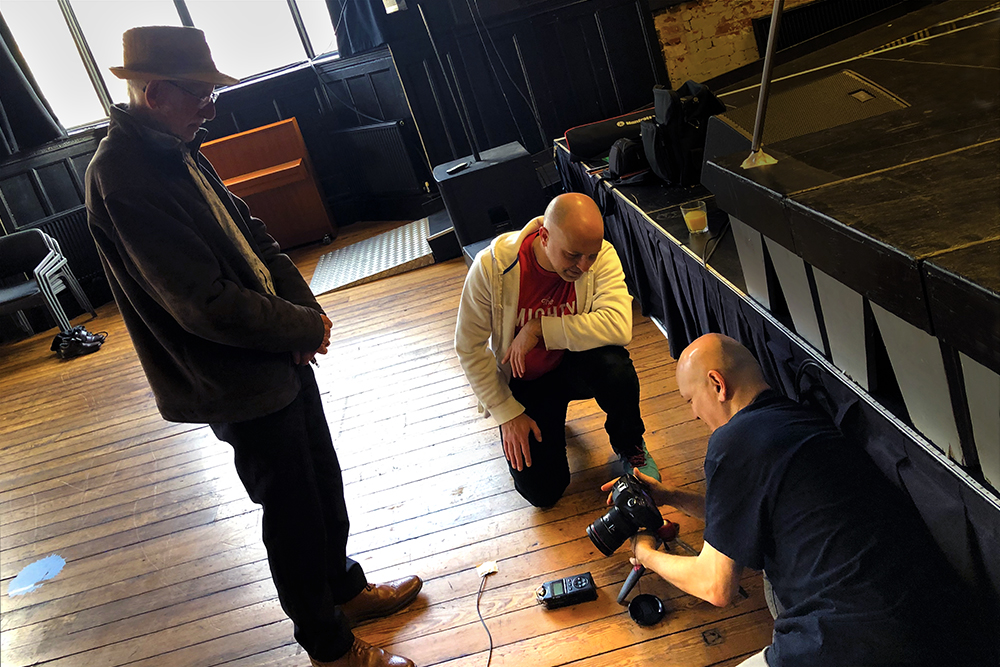 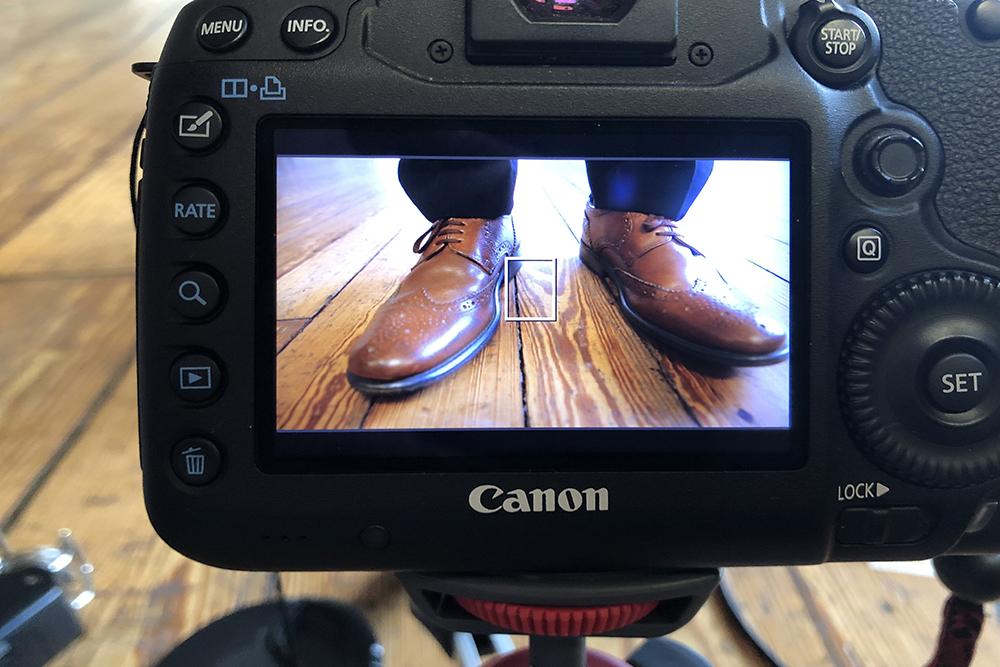 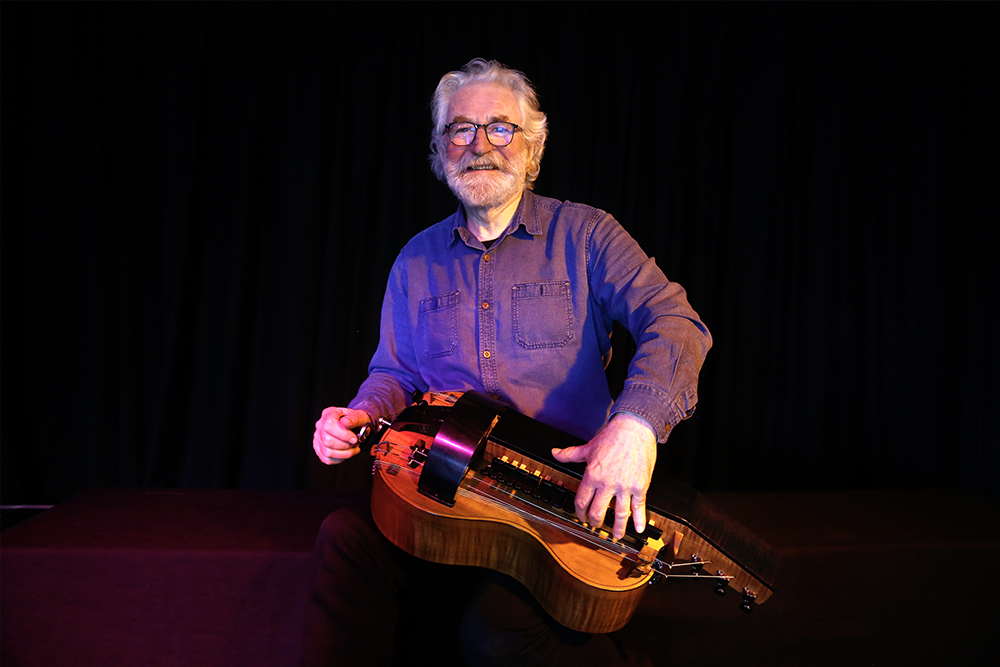 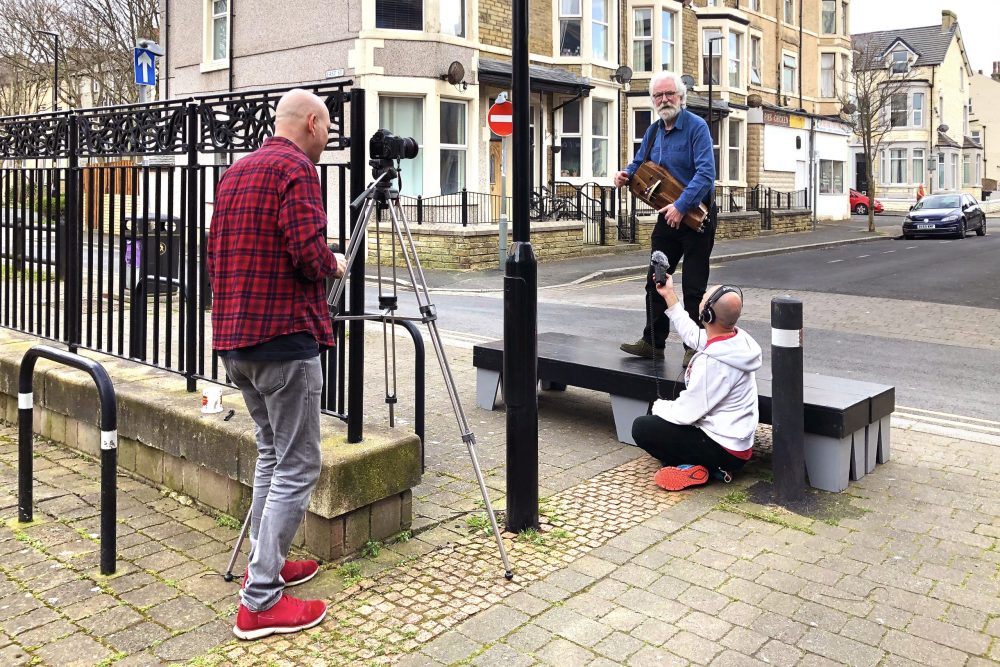 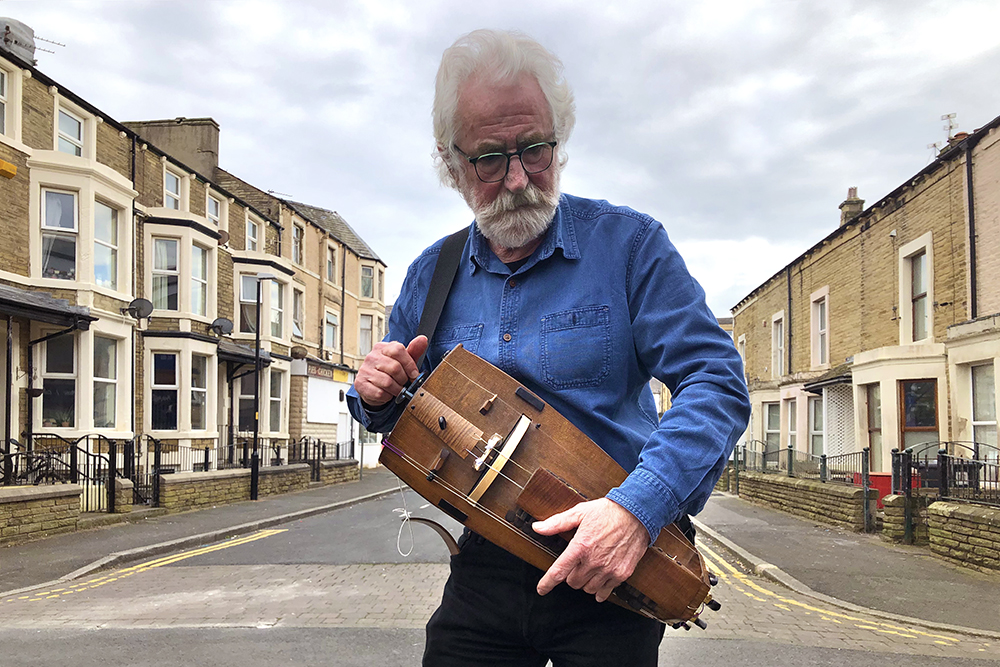 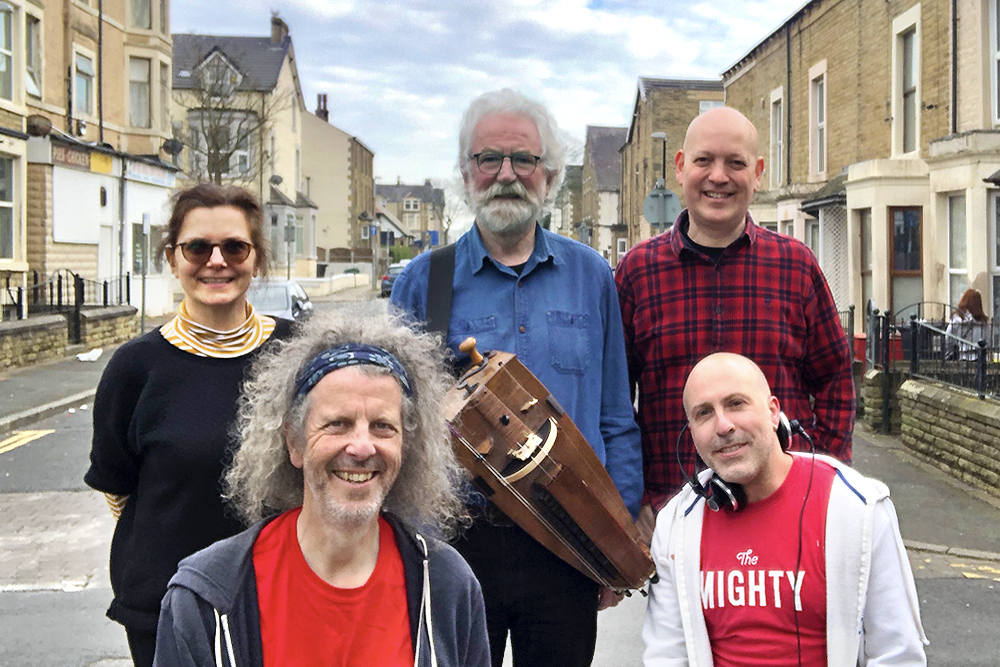 The range of artists we met was incredibly varied, and a talent we weren’t expecting was 90 year old tap dancer Roger Obertelli.  Although he prefers to use the term ‘hoofer’ as he doesn’t actually dance, and he made such an impression that we asked him to perform with us on the Friday!

To wrap up a wonderful, stimulating and productive residency, we presented a special Orchestra of Samples performance with brand new tracks in the main venue space, where we were joined on stage by local percussionist Robin Young and trumpet player Geoff Bartholomew (Geoff also performed as support as part of Guerrilla Biscuits with fellow band-mate Dave Shooter, who also helped us with recording during the week).

A rewarding experience all round, and we returned with gigabytes of material to now sample for future shows! 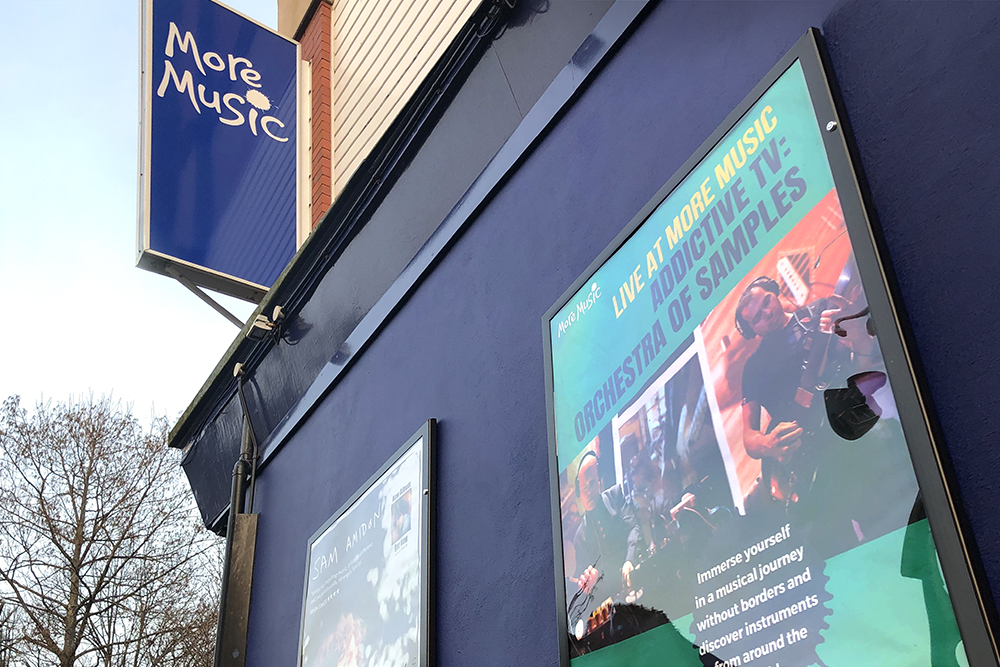 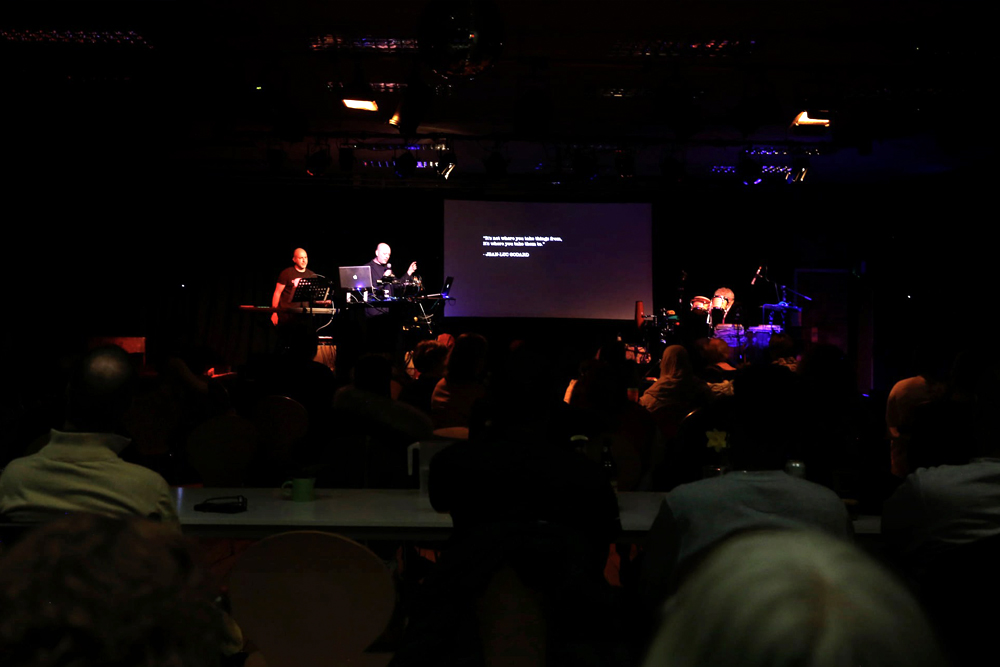 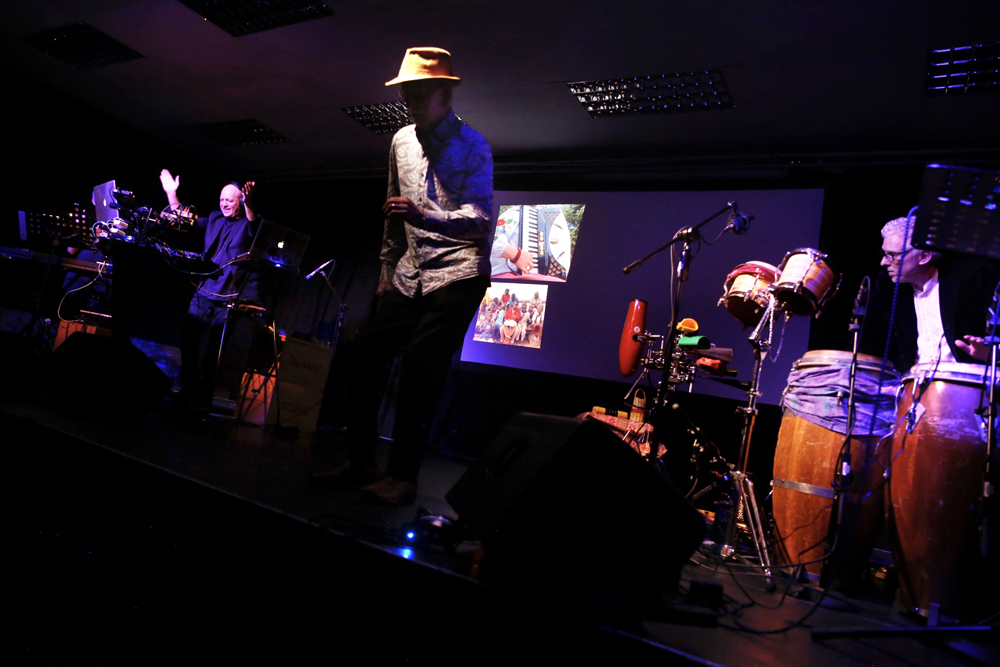 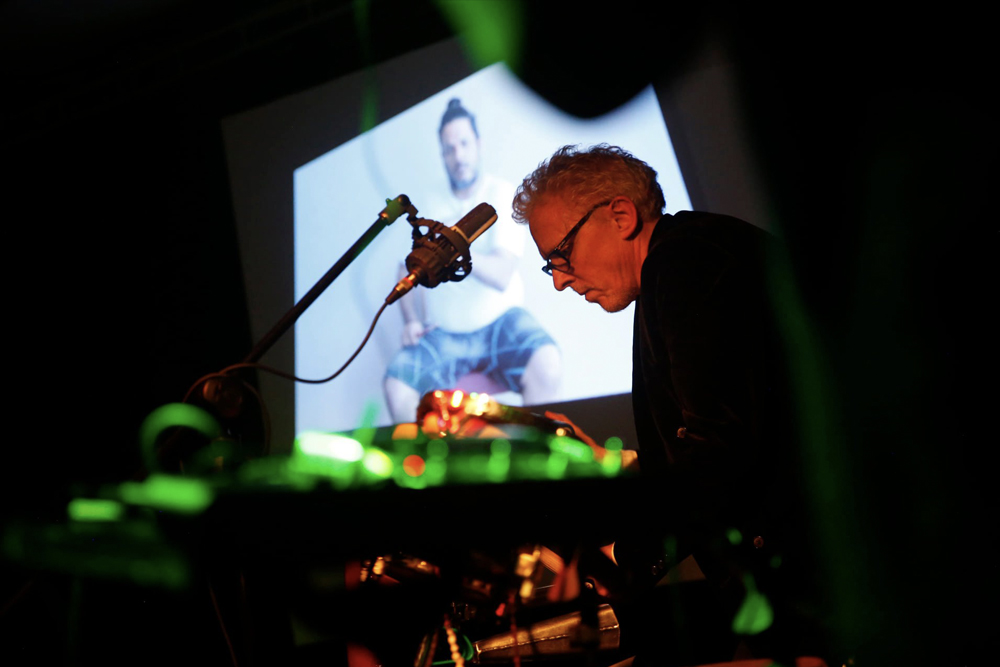 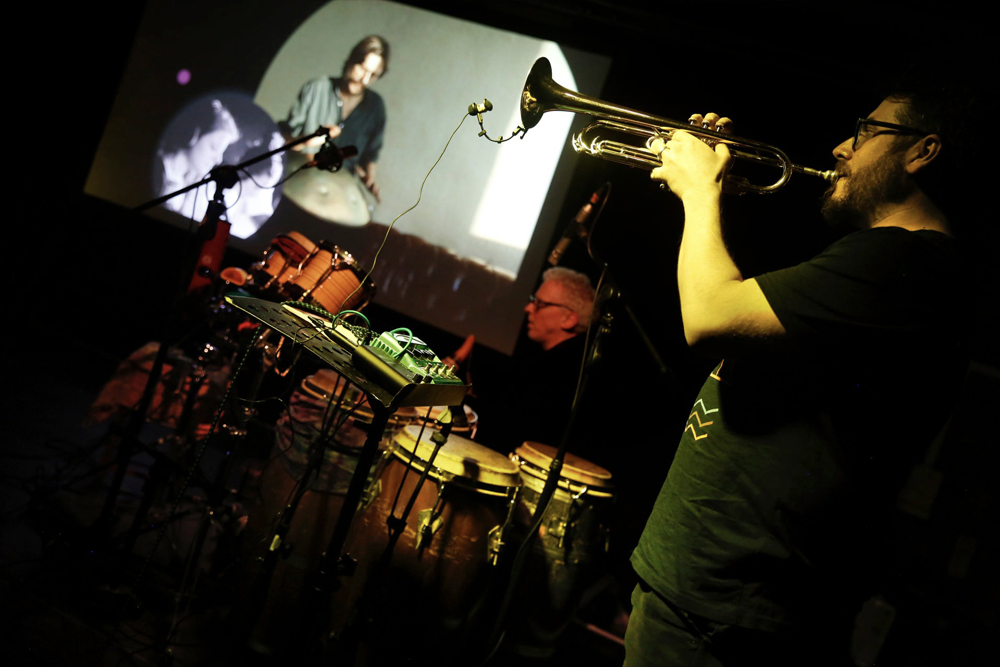 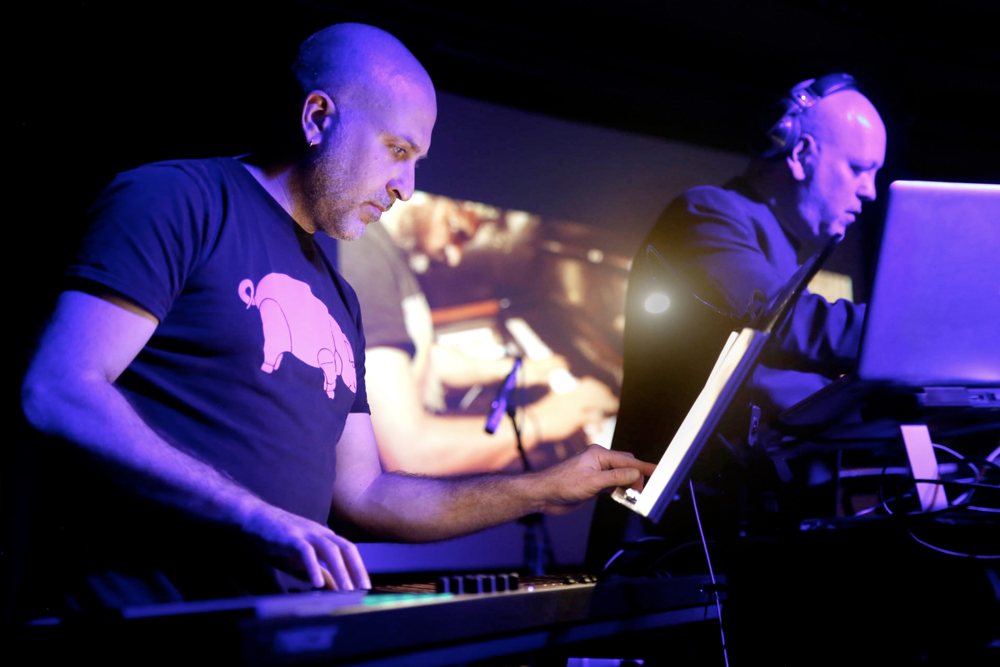 With huge thanks to Ben McCabe, Darren Leadsom, Dave Shooter, Rick Middleton and the whole More Music team, and to Gillian Dalgleish at Morecambe Bay Academy.