Spring 2016 and we returned to China for some dates, including at the well known Club Tango in Beijing and a festival in the coastal city of Xiamen, but also to perform some of our our movie remixes at the opening of the GMIC16, the Global Mobile Internet Conference in – quite incredibly – the Bird’s Nest Olympic Stadium in Beijing (short video clip below).

While there we spent an afternoon in the beautiful (and huge!) Chaoyang Park with Yuan Li Song, a wonderful musician from the Northern city of Tianjin who now lives in Beijing and plays the Erhu, the two-stringed – and often called – Chinese violin.  And when you hear it, probably no other instrument is more evocative of China than the Erhu (you’ll have heard it in countless movies), and as Yuan explained, his favourite type of music to play is Píng Jù, the famous style of opera from North and Northeastern China, .

He’s completely self taught, starting as a young teenager, explaining he studied by just listening to tapes and the radio – quite incredible really.  He specialises in a flat hexagonal style Erhu (his was made from snake skin) and plays with a horse-hair bow, much like a violin’s bow.  He also plays the Banhu, a similar stringed Chinese fiddle played with a bow. 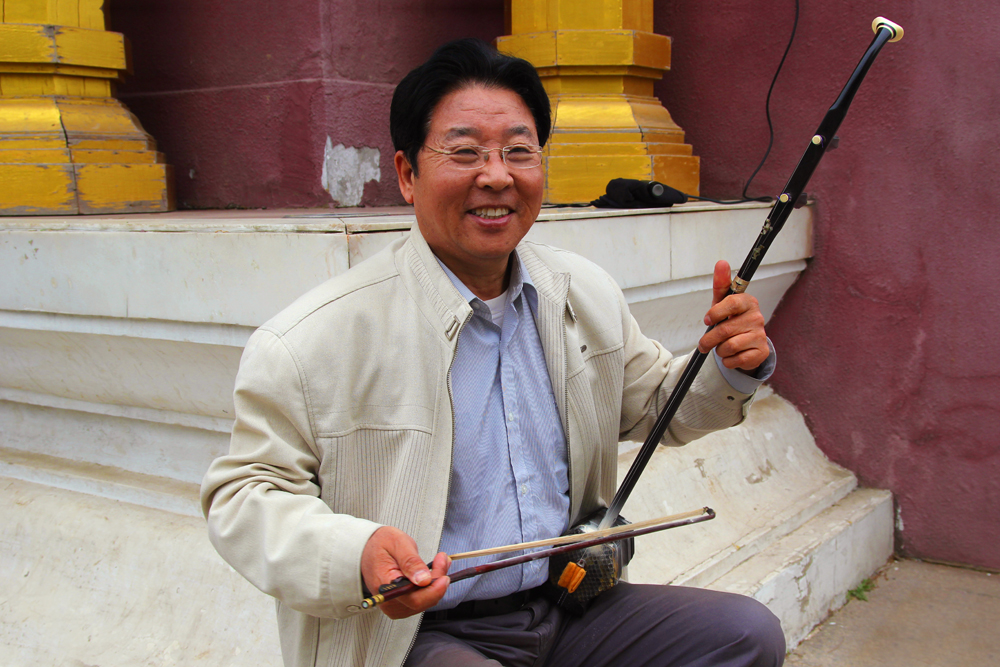 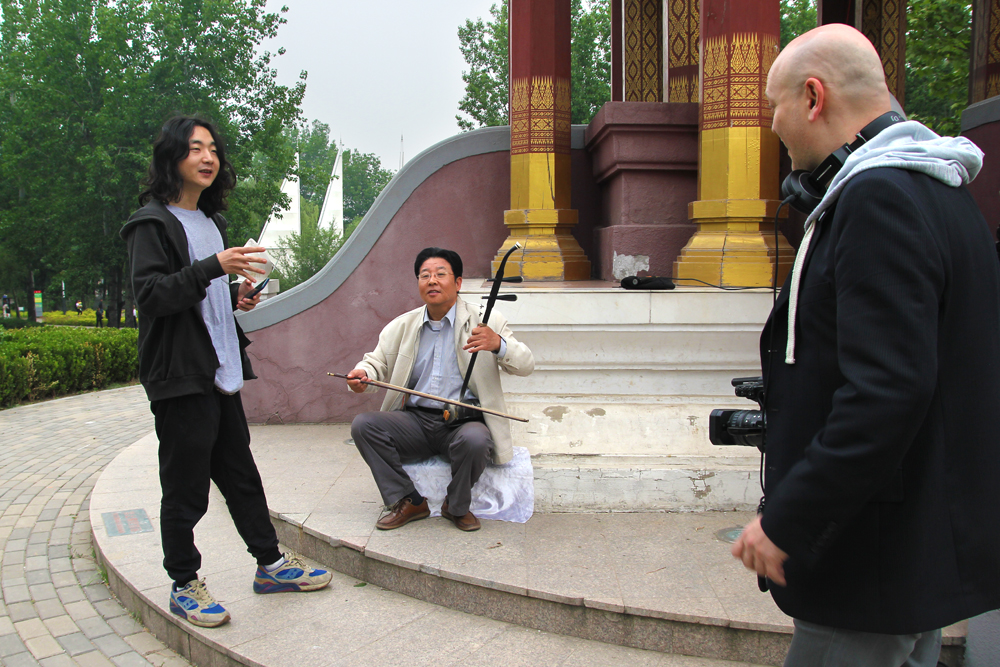 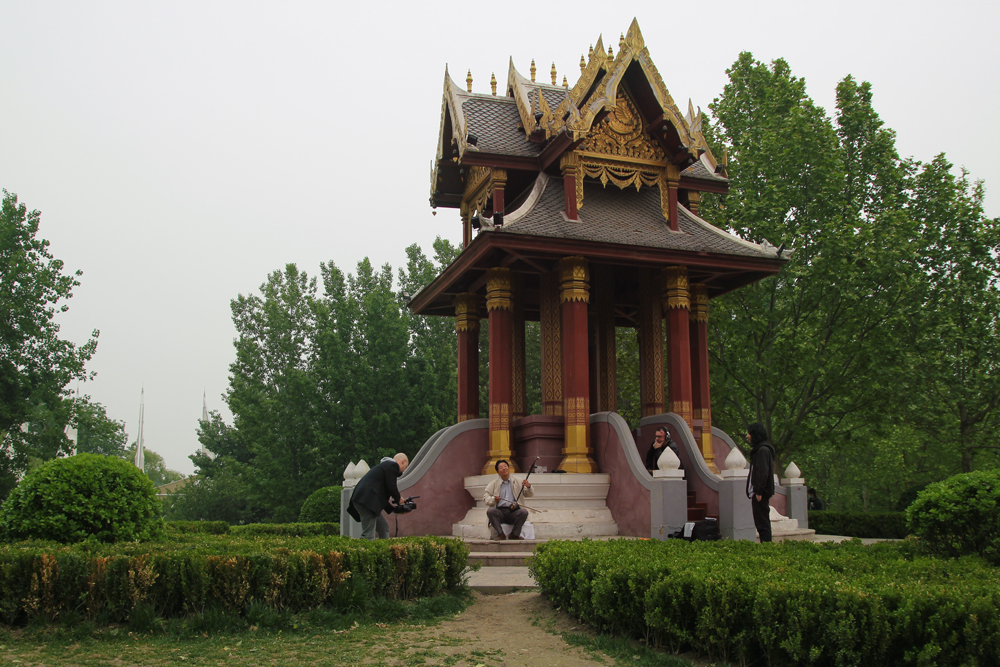 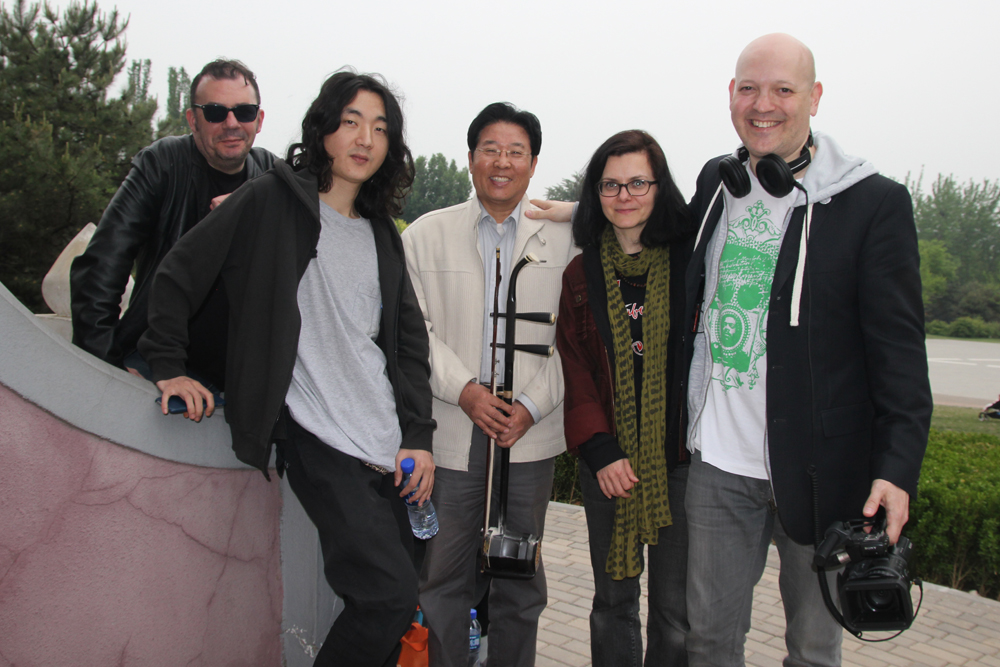 Massive thanks to Zhiqi Song for everything!