While in Mexico to perform at the huge Sonorama Festival in the incredible Azteca Stadium, we were introduced to Humberto Alvarez, formally from the well known Mexican band Sangre Asteka. These days Humberto is an ethnomusicologist and expert in pre-Hispanic music and we recorded him on eveything from a 600 year-old Aztec whistle and log drums to playing a virtually stone-age rock ‘marimba’ or ‘xylophone’; which he feels would have been one of the first instruments humans likely invented (he spent years looking for naturally tuned fragments of rock and simply lays them out on the floor to play them).  He’s also a holistic shamanic healer working with sounds to harmonise and balance brain hemispheres, using native Mexican-indian trumpet, quartz and Tibetan bowls and voice toning. He’s released a number of CDs, one of them he’s even written with lyrics in the aztec language of Nahuatl! 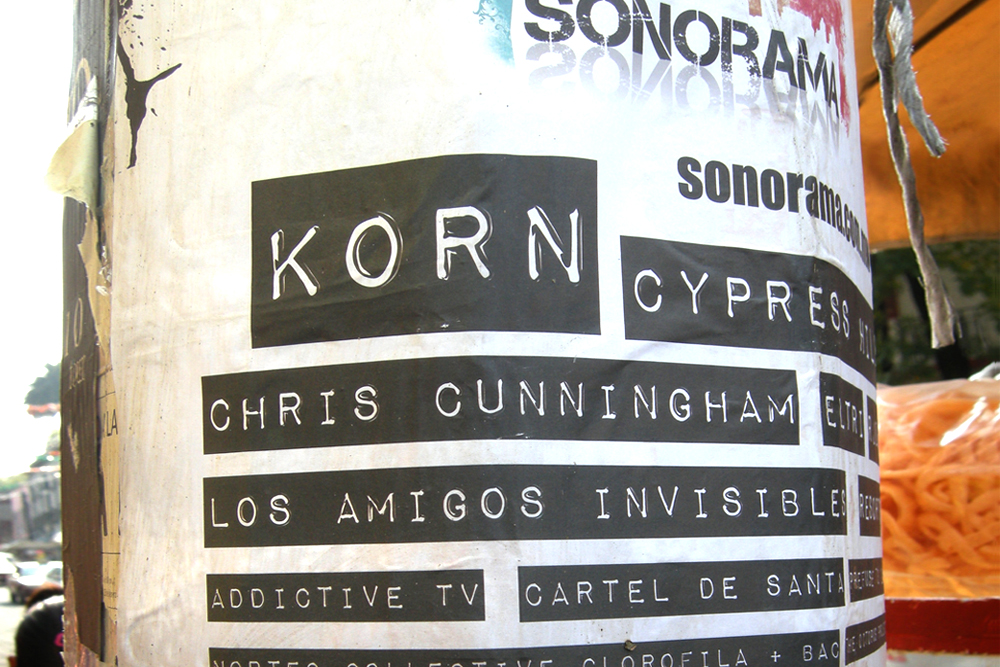 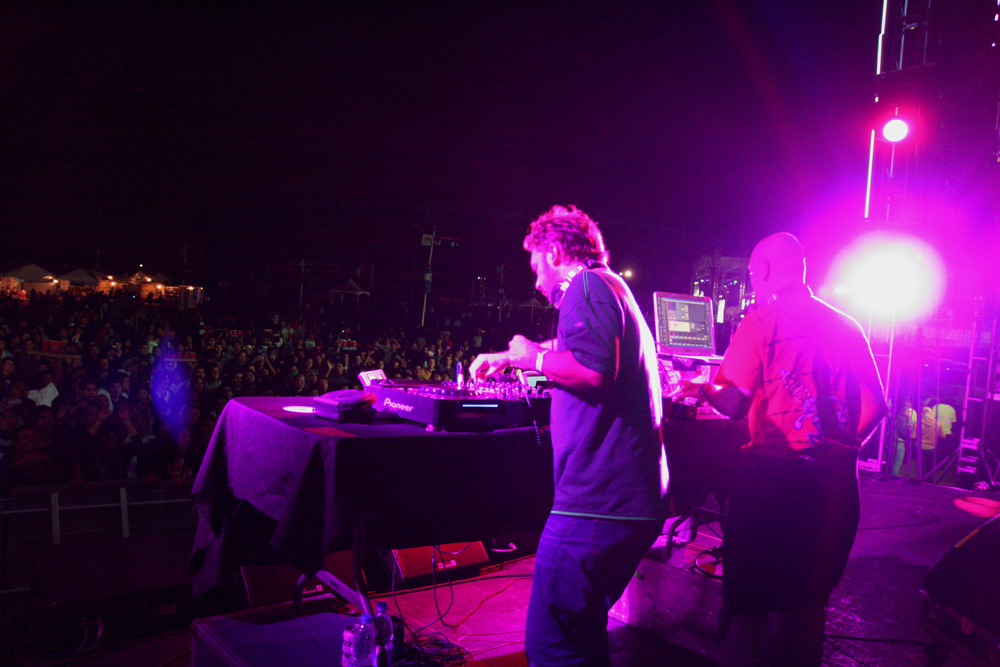 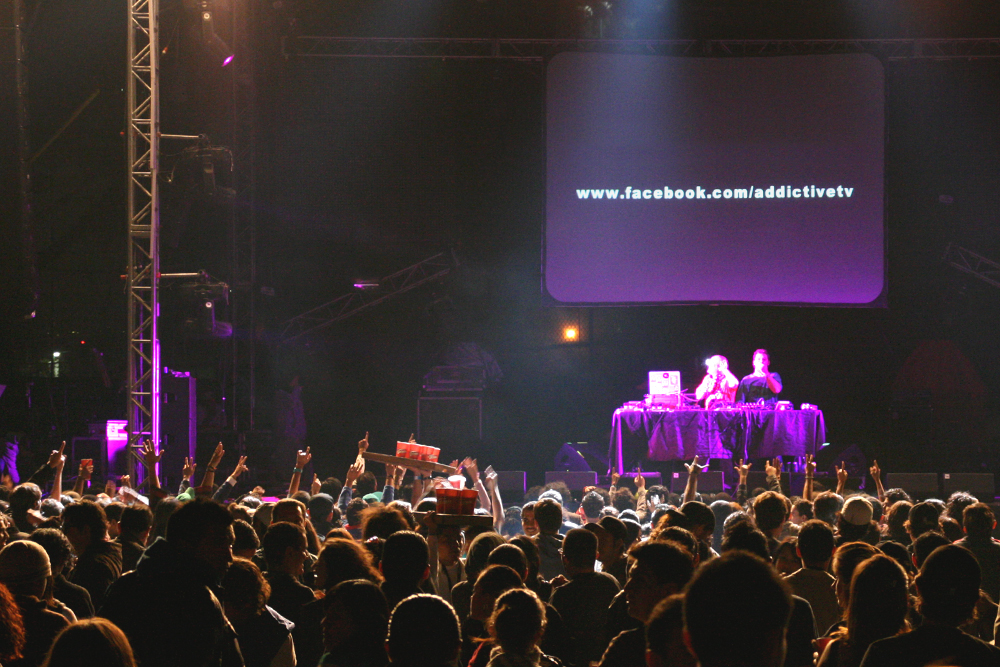 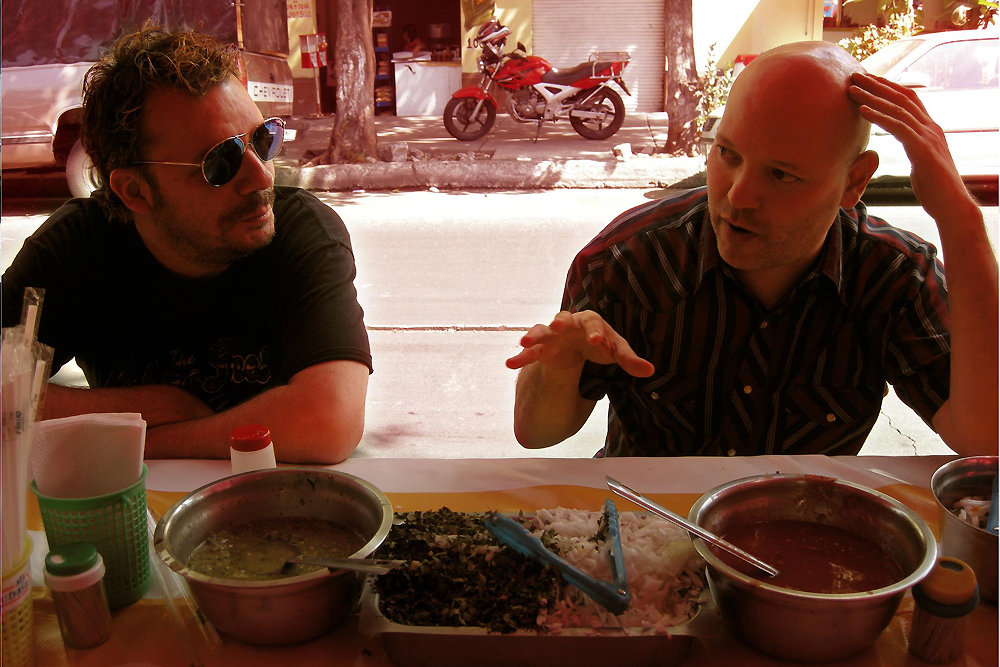 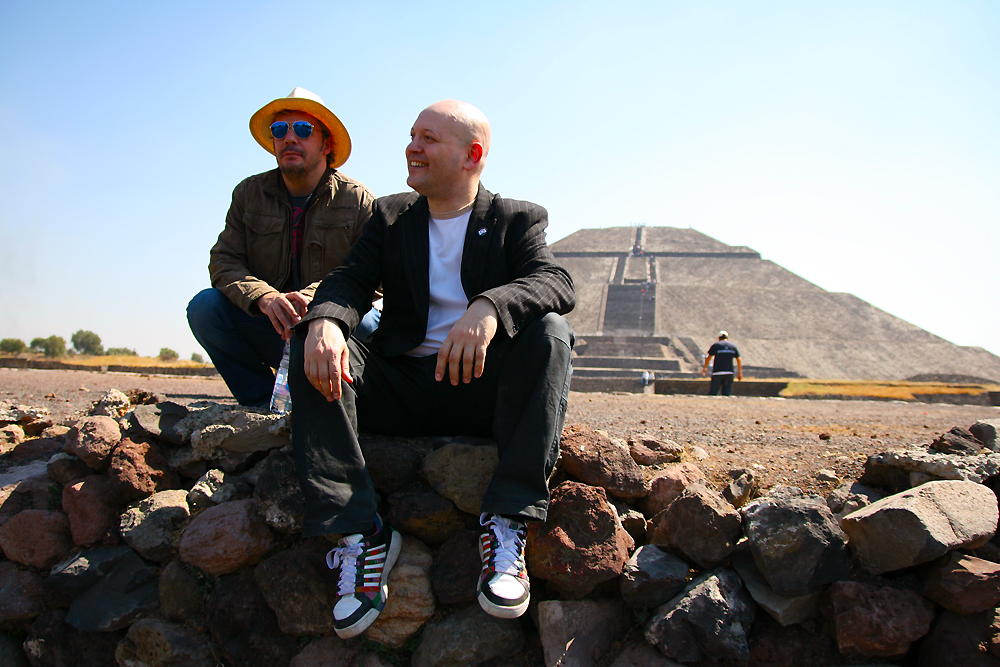 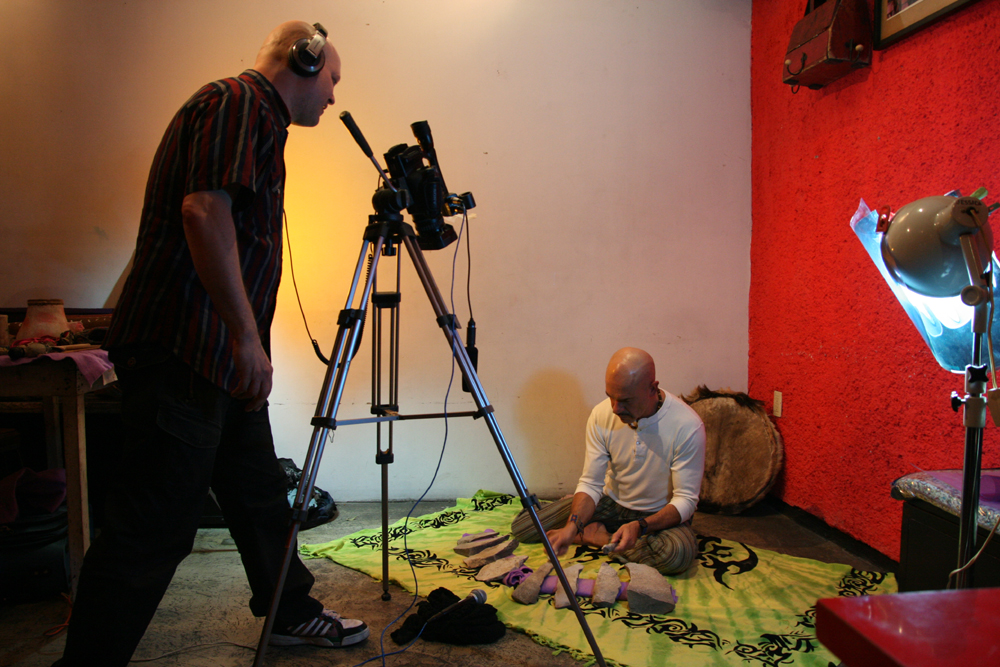 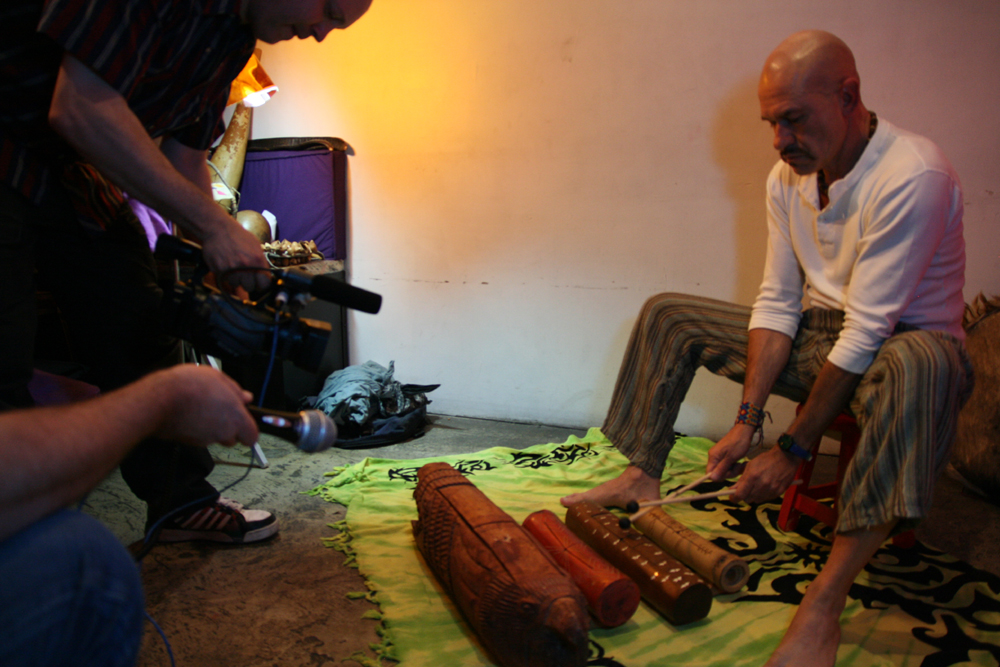 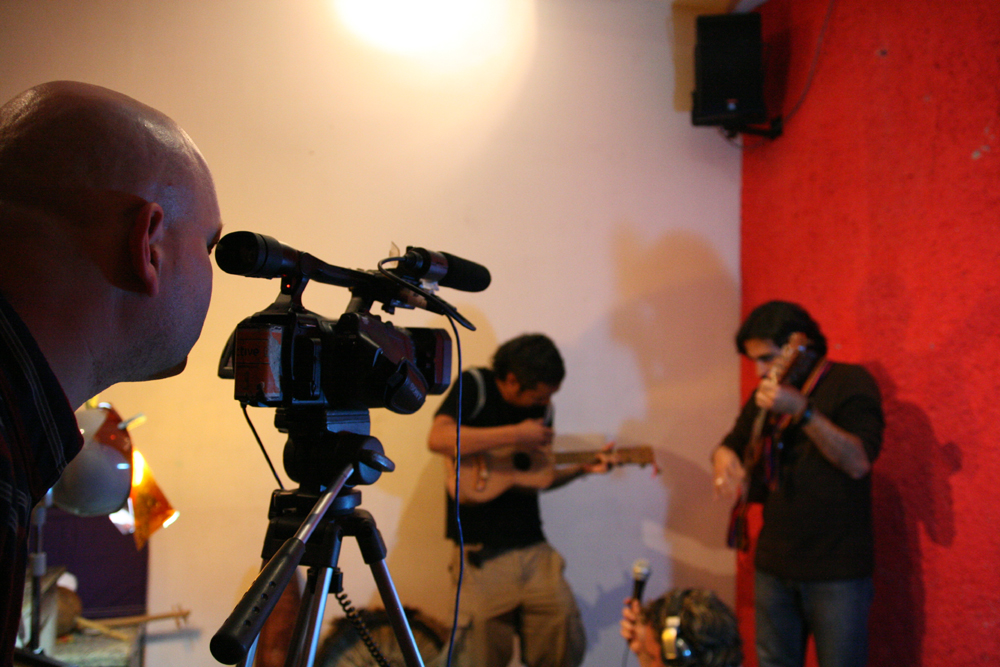 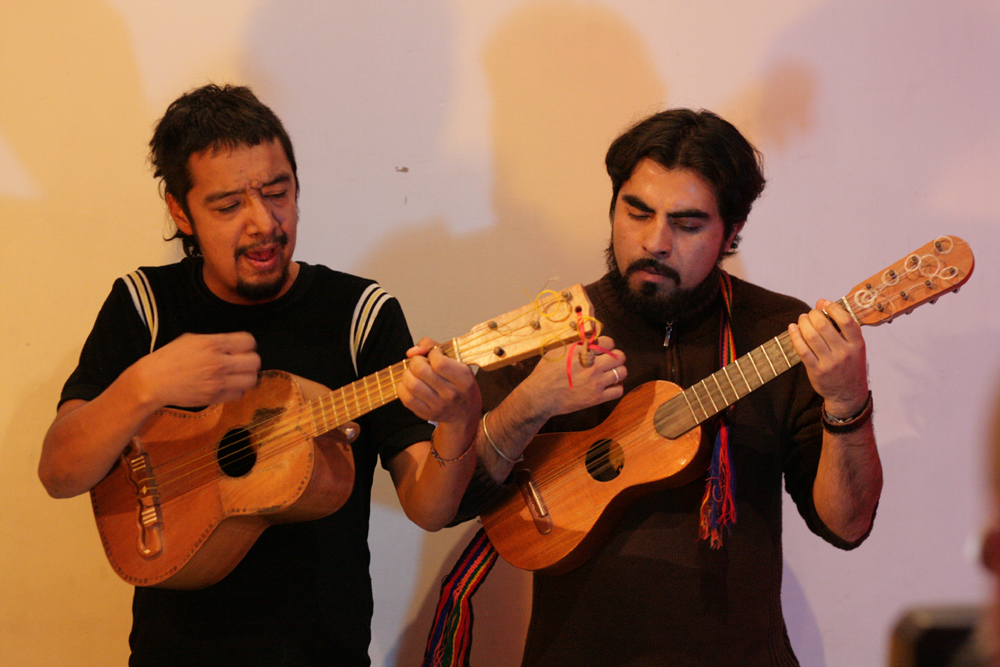 After recording a session with Humberto, César Juarez from the band Nostalgia Huasteca and his friend Héctor Vega Delo arrived to give us a taste of Son Jaroco – a traditional music style from 18th century Veracruz (the state along the Gulf of Mexico). It represents a fusion of indigenous (primarily Huastecan), Spanish and African musical elements. Son Jarocho is often played only on Jaranas, the small guitar-like instruments which we recorded them playing, and sung in a style in which several singers exchange improvised verses called décimas, usually with humorous or offensive content!