Still in Mexico and we did an interview for Indie Rocks Magazine with editor Luis Alberto González who kindly took the time to introduce us to Leika Mochán, Dora Juárez and Sandra Cuevas aka Muna Zul.  The acapella trio simply blew us away with their beautiful harmony singing, making the hairs on the back of our neck stand up! Queens of improvisation, they mix genres from folk, jazz and bossa nova to local styles like susurros, cacareos, aullidos and chasquidos. They’re quite a bit of a sensation in Mexico and in fact New York based composer and saxophonist John Zorn produced their first album Muna Zul releasing it on his Tzadik Records label.  Here’s a clip of them performing on Mexican television. 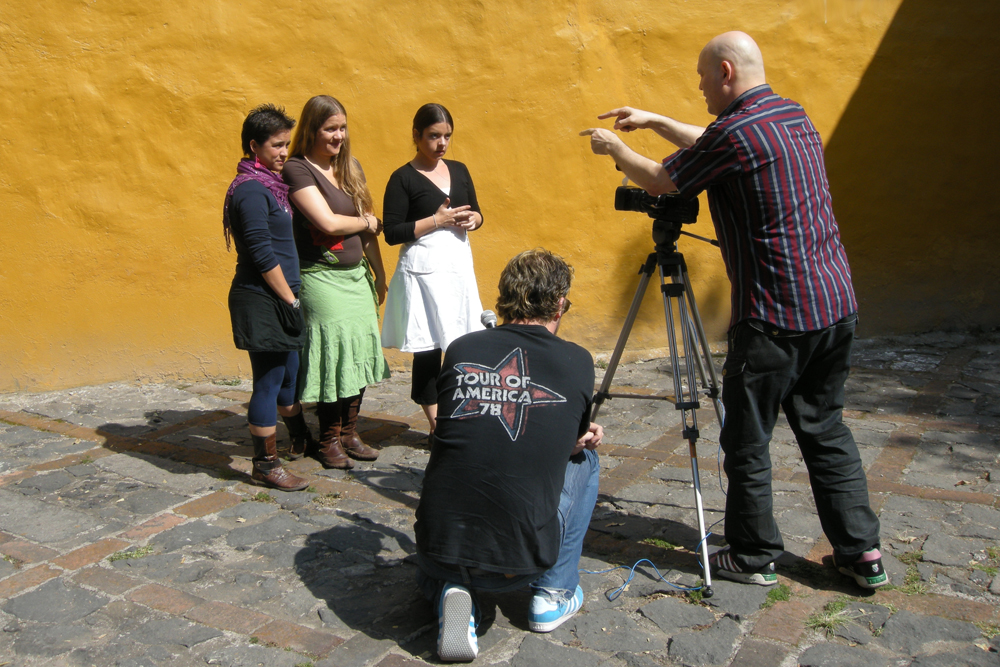 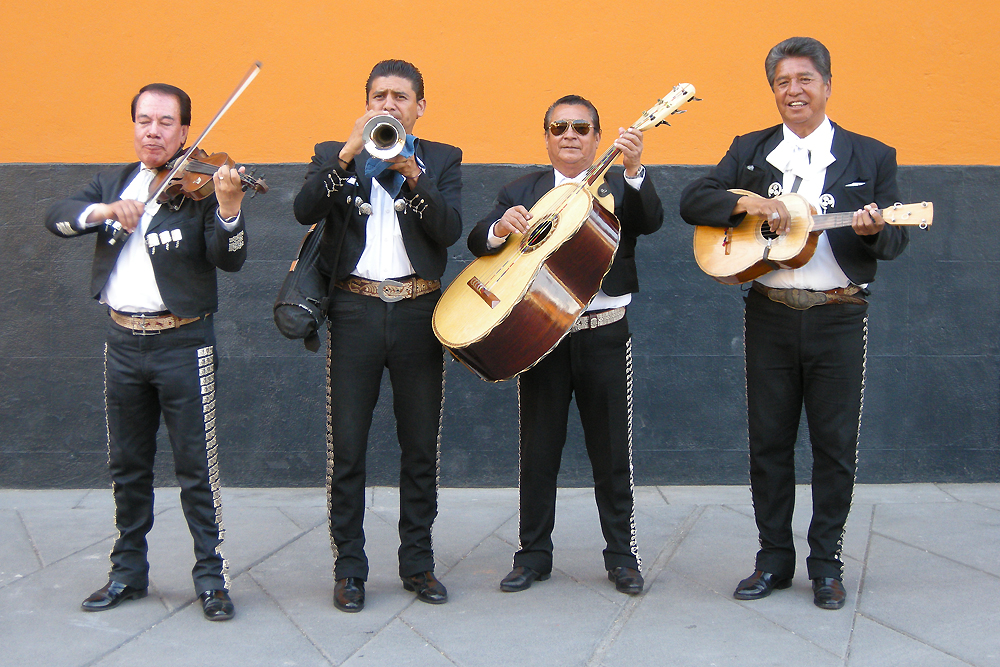 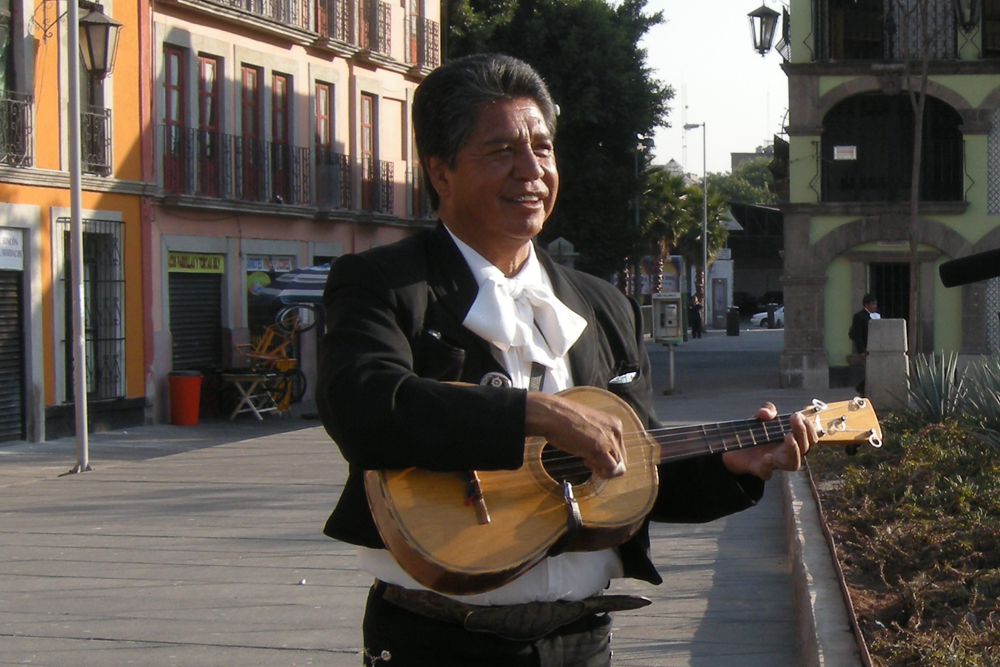 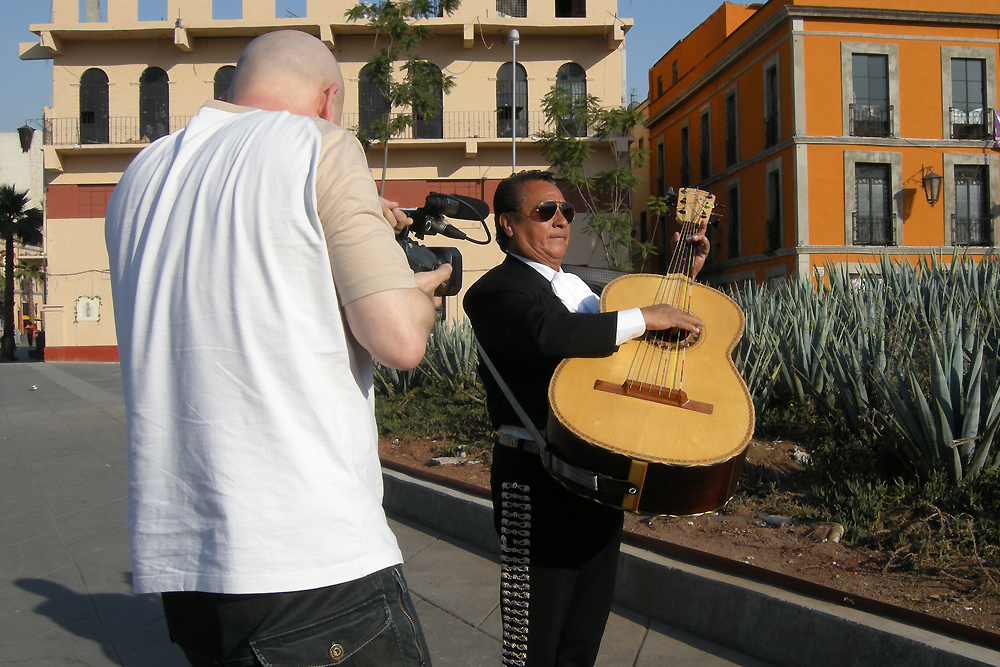 After some street-food lunch, Luis took us to Plaza Garibaldi in the historic centre of Mexico City, which is the place to go to see live Mariachi music.  And it certainly is some kind of Mariachi Mecca!  Full of Mariachi bands playing all sorts of styles from different parts of Mexico and, we were told, at all hours of the day and night the bands can be found playing or soliciting gigs from visitors to the Plaza, where there’s also lots of tequila bars!  Could have happily spent 24 hours there! Finding a very friendly band who were up for being recorded, but oddly didn’t want to give their names, we filmed them as a band and individually playing guitar, violin, trumpet and guitarrón (the big bass guitar).  2011 UPDATE NOTE:  UNESCO recognised Mariachi as an Intangible Cultural Heritage.

Massive thanks to Luis Alberto González.