From performing with international stars like Shakira to working on the Gurinder Chadha movie Bend it Like Beckham, virtuoso tabla player Kuljit Bhamra is one of the most influential musicians, composers and producers on the British Asian music scene.  A pioneer of the worldwide bhangra phenomenon, back in the day he combined traditional Indian rhythms with Western instruments and multitrack recording techniques, transforming Punjabi music into a new dancefloor sensation.

We headed over to his studio and home in Southall, West London, which used to be The Yard recording studios – part of the Westar Music Complex – where acts from Suede, The Auteurs and Billy Ocean used to record.  In fact Kuljit told us his house was the storage building for Iron Maiden‘s touring gear! 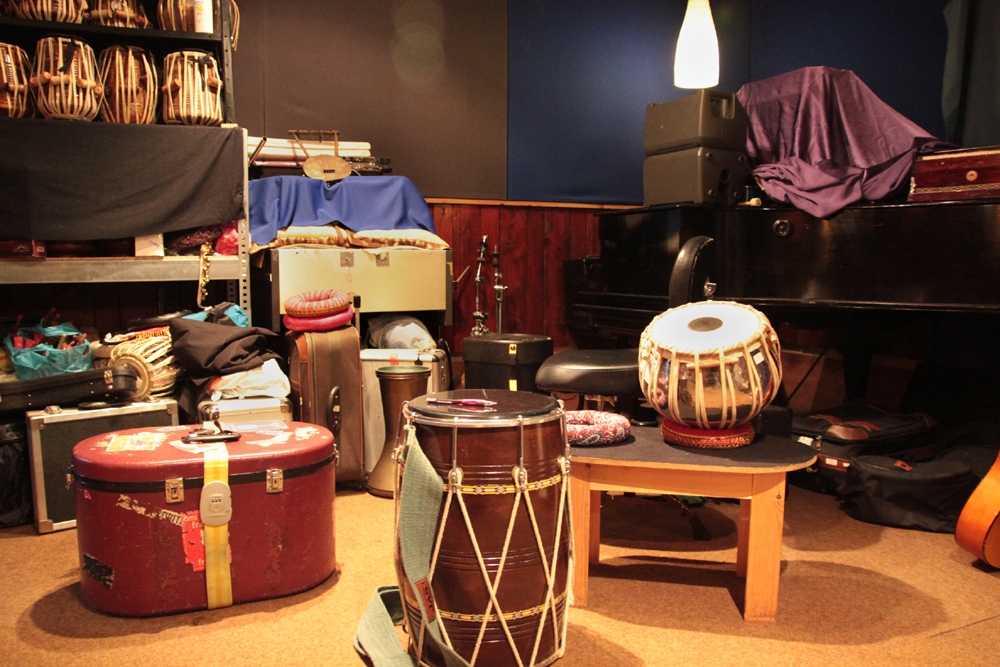 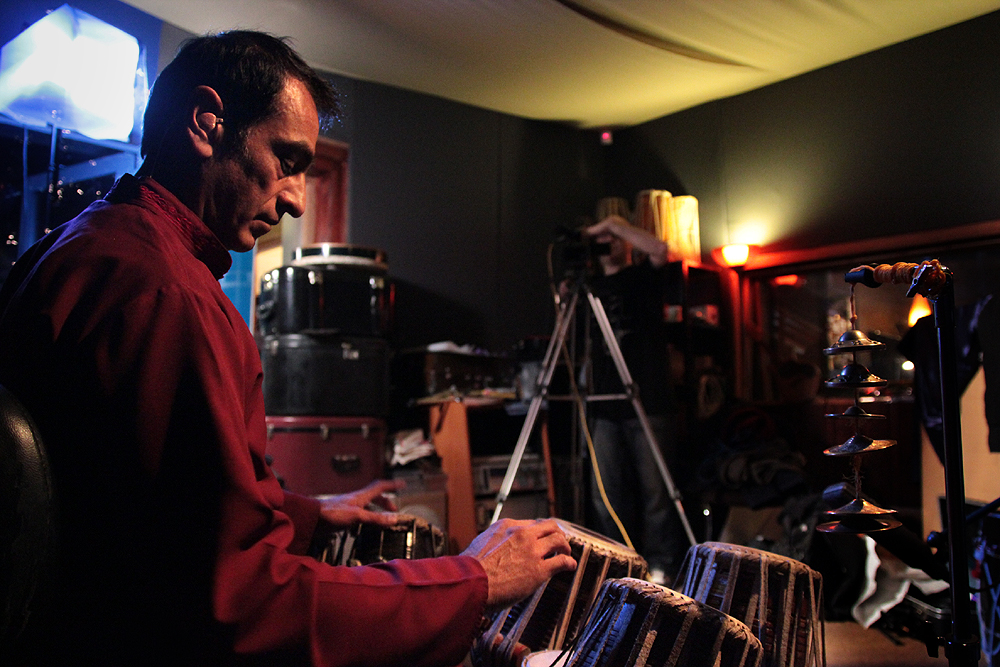 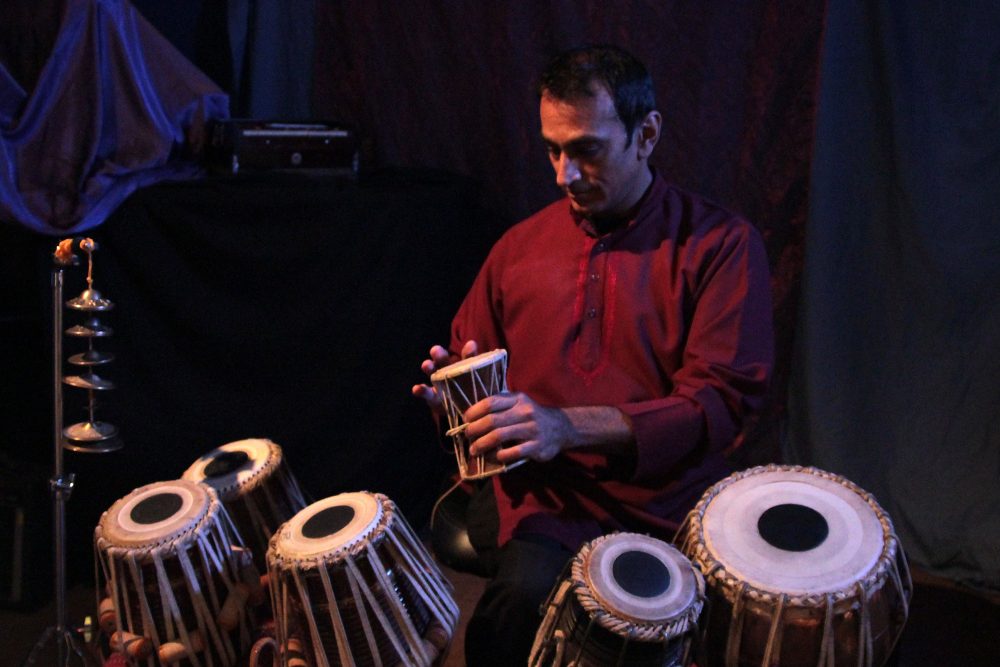 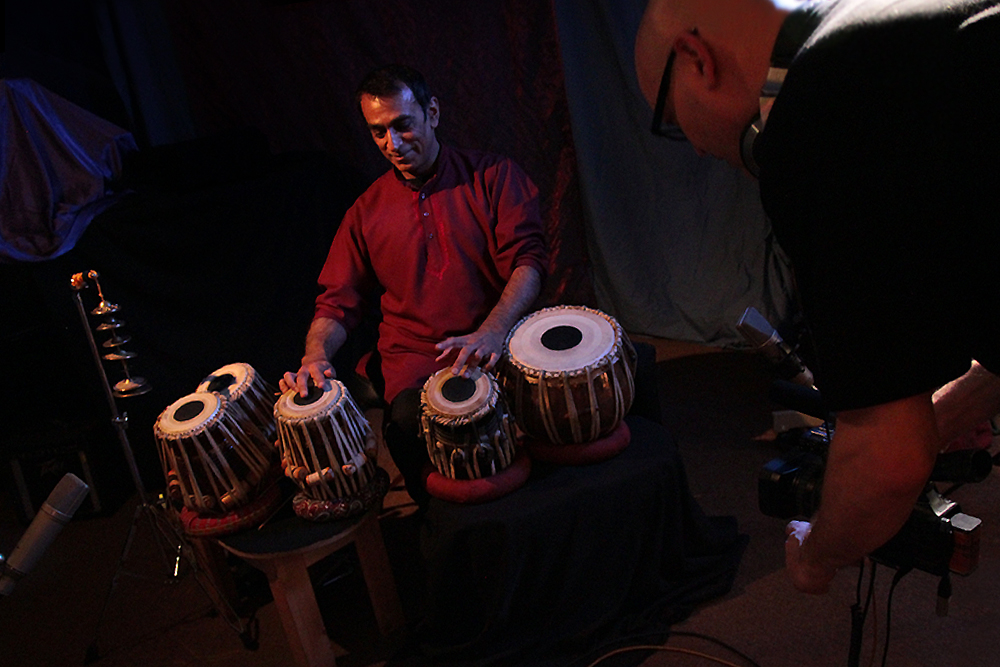 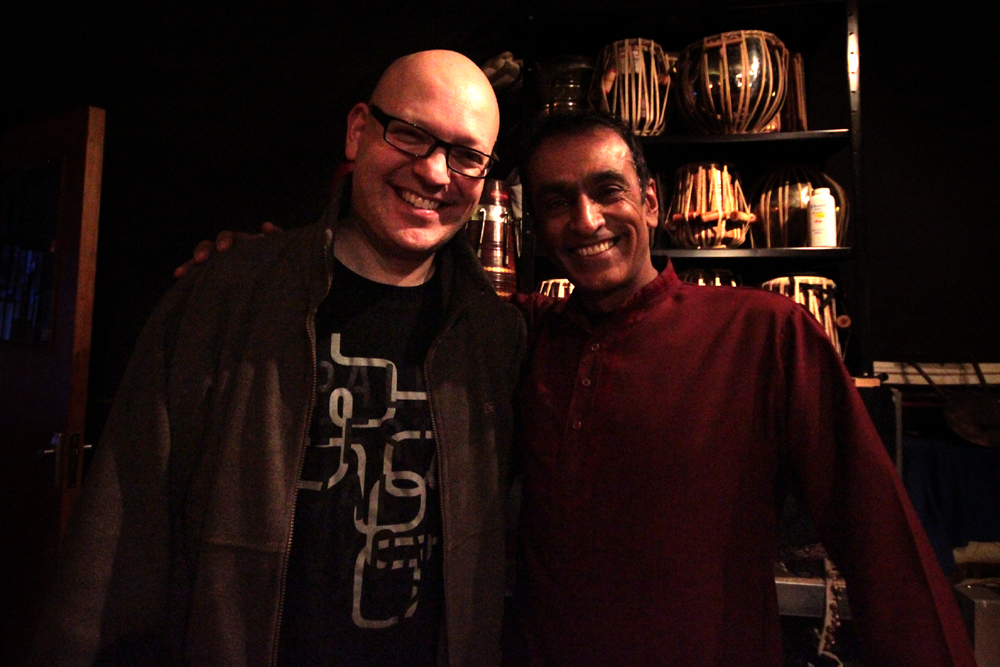 Awarded an MBE in the Queen’s Birthday Honour’s List 2009 for his work in British Asian Music, Kuljit has composed and produced over 2000 songs and is responsible for the rise to fame of numerous stars of both bhangra and Bollywood.  In 2002 he worked with stage-musical guru Andrew Lloyd Webber for the West End production of Bombay Dreams and spent the next two years appearing in the show.  Kuljit has also worked on film scores for over a decade, including on Bend it like Beckham, Bhaji on the Beach, Alexander the Great, The Guru, The Four Feathers and most recently Tim Burton‘s Charlie and the Chocolate Factory.

Since the 1980s, Kuljit has produced a number of albums for British and Indian artists, with international successes receiving both Platinum and Gold Disc awards, including his own 2005 platinum selling Himalaya Dawn collaboration with musician Shan Chana.

Kuljit collaborates with many artists, including the jazz saxophonist Andy Sheppard (Dancing Man & Woman album) and together they formed the jazz collective Cascade.  Other collective projects include both Bhangra Latina and Raga Mela (with the BBC Concert Orchestra).  In addition to also playing all over the world, Kuljit was the founder of label Keda Records!  Busy man, but he still found time to record with us for Orchestra of Samples.

Massive thanks to Jan and Irini at Watermans Art Centre.