As well as playing at the launch of her 2012 UK tour, joining Mixmaster Morris and Plaid, we also took the opportunity to hook up and record old friend Coppé, the delightfully sweet and eccentric Japanese electronic music producer/singer-songwriter, while she was in the UK.

Coppé grew up in Tokyo and Hawaii, and as a child, won several prizes including a Nihon Record Taisho Award (aka The Japan Record Awards and often referred to as the “Japanese Grammys”) for her song Peke No Uta plus a Chibikko Nodojiman Award for her original song Red Red Balloon while she was still a kid in school! 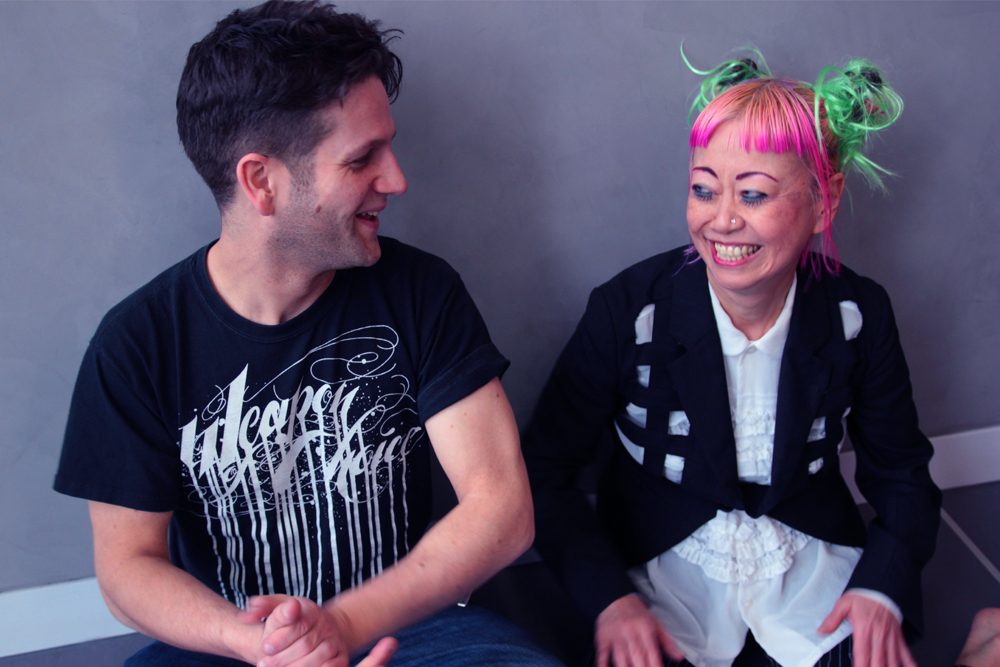 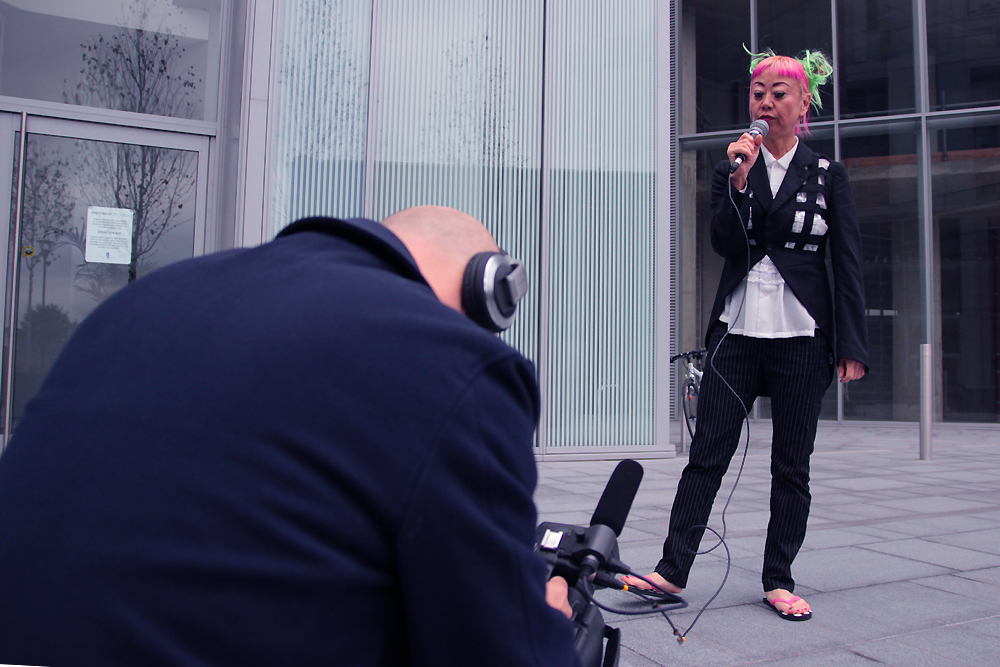 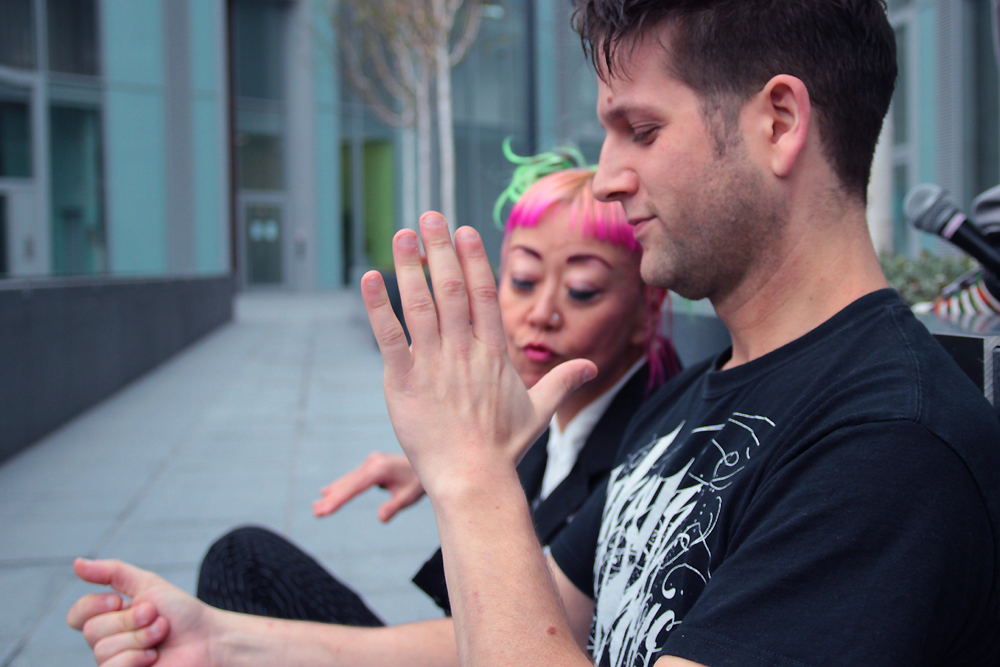 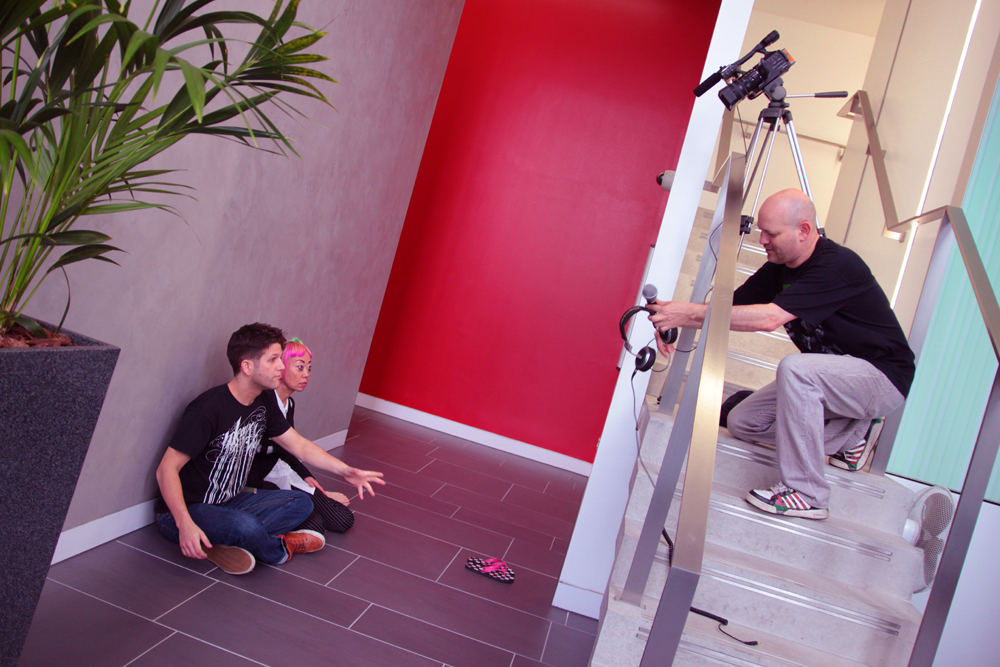 She regularly appeared on Japanese television as a child star which led her to becoming a well known personality, in both Japan and Hawaii.  Most notably on the music programme Poppers MTV, interviewing a whole host of international stars including Ray Charles, Bob Marley, James Brown, Madonna, the Police, Cyndi Lauper and even Michael Jackson!

As well as her radio and TV career, Coppé also continued to write and perform her own music, and in 1995 she released her first album.  She’s since released twelve solo albums on her Mango + Sweet Rice label, and has performed in the US, UK, Europe and Japan, and recently collaborated with a wide range of musicians including Plaid, Q-Bert, DJ Vadim, ex-Orb member Kris Weston, Hifana and ourselves, Addictive TV, on her album Fi-lamenté.

When we hooked up with Coppé in London, she invited her musician friend Tony Samuels to join her in performing some improvised sessions for Orchestra of Samples.  Tony is a terrific body percussionist from Bristol, UK, who performs under the name Bongosan.

Big thanks to Leigh from Bit-Phalanx and to Ben Sheppe.