March 2013 and we headed back to the French capital for another series of recording sessions at Canal 93, the venue in the Paris suburbs of Bobigny who are supporting Orchestra of Samples as part of their artist-in-residence programme.

First up in this session was renowned American singer-songwriter Theo Hakola, now based in Paris, and when we were presented with the opportunity of working with him, we jumped at the chance – inviting him to sing on the project.

Prolific musician, lyricist and cultural activist, Theo has lived in Paris since the 1970s, where he formed punk band Orchestre Rouge, before later forming Passion Fodder – one of the most renowned cult French bands of the 1980s, check out this short clip from French TV. The group toured extensively, supporting acts like Nick Cave & The Bad Seeds, and recorded five albums, including Fat Tuesday which they toured in the USA, and where they also recorded their final two albums.

Theo returned to Paris in the 1990’s, embarking on a solo career and has to date released six albums under his own name – including 2012’s excellent This Land Is Not Your Land.  He’s also worked on a number of albums as producer for different artists, including the first album by infamous French band Noir Desir, whose impact on the French music scene assumed Nirvana-esque proportions, sadly with also a tragic end.  And away from the music business, Theo has also published a number of novels and acted in both French films and on stage. 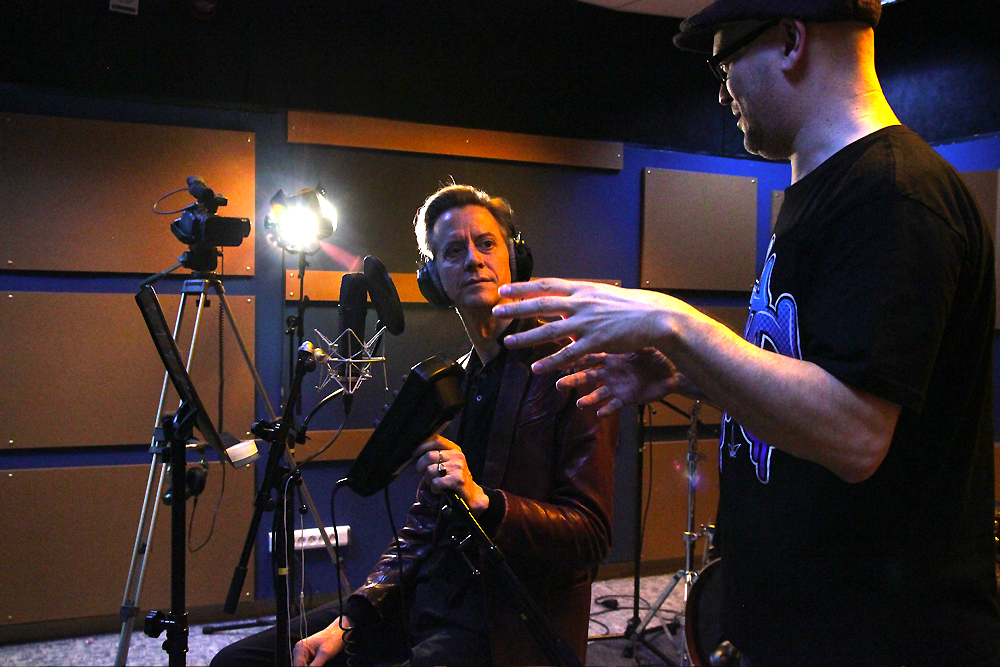 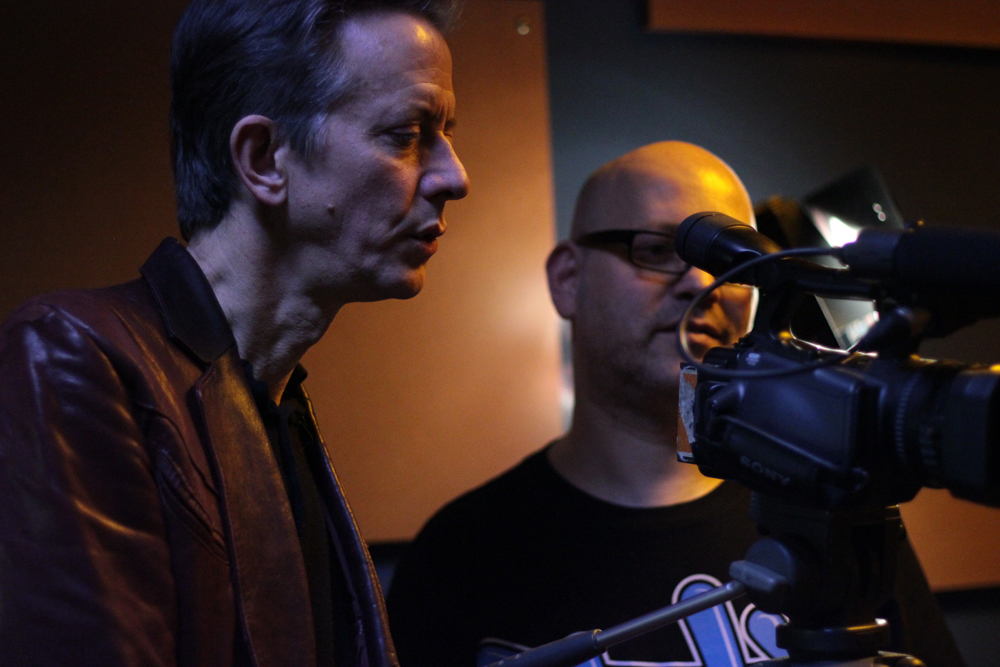 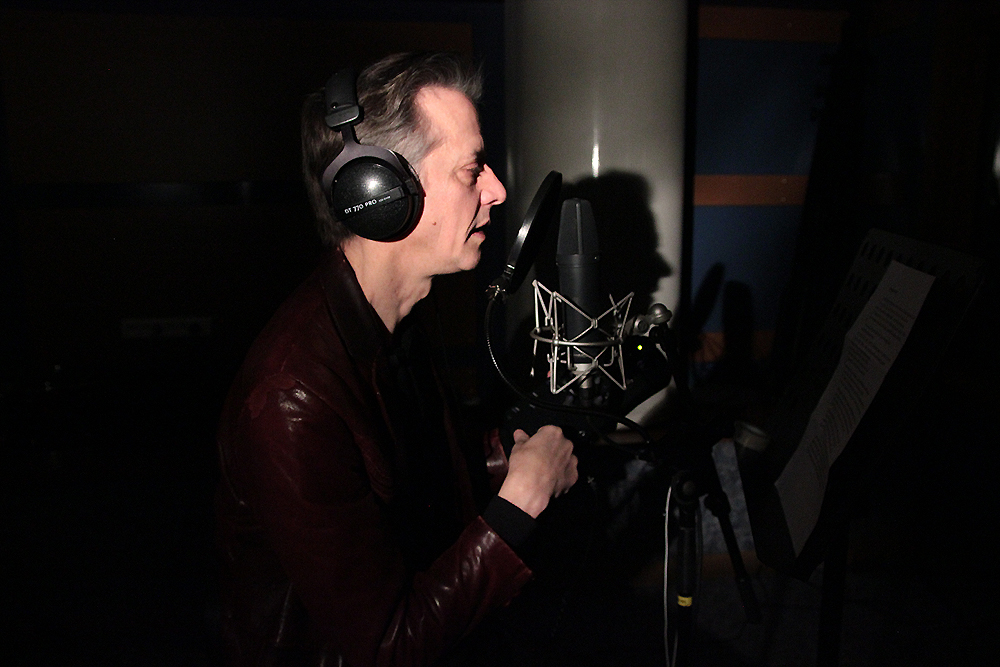 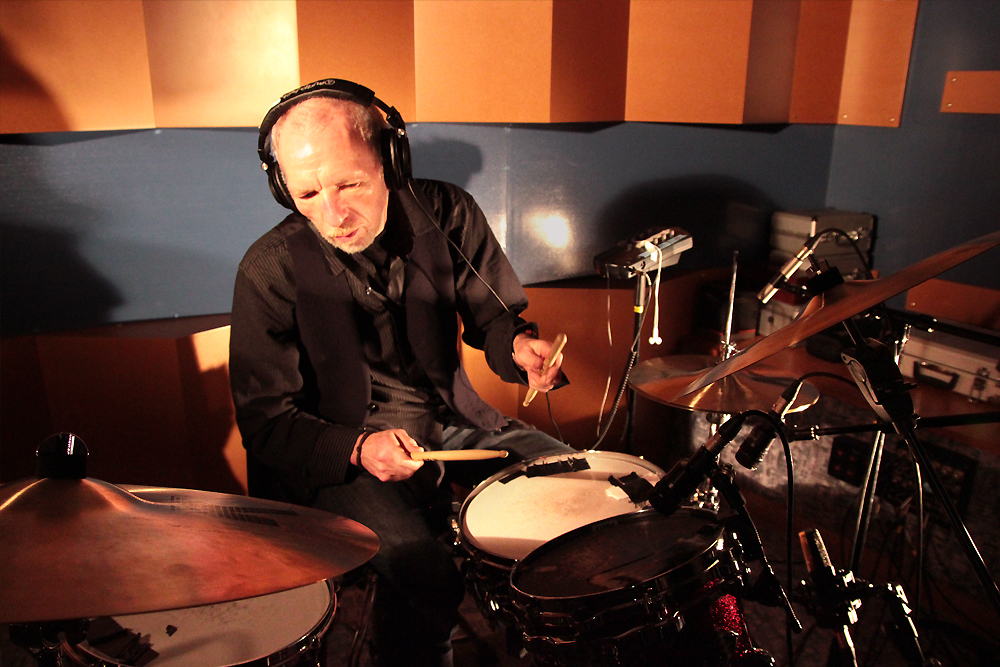 Next to be recorded was eminent drummer Lucas Fox, who we’ve known for many years and we’re stoked he’s joined the project.  Lucas is a producer, musician and music-supervisor on movies, and was the original drummer for British heavy metal band Motörhead – rocking the stage and bursting eardrums with Lemmy and co, and performing on the album On Parole.  He returned to the band for a special one-off 10th anniversary gig at London’s Hammersmith Odeon in 1985.

He was also drummer with several groups, including punk band Warsaw Pakt.  As a producer, Lucas has worked with many indie bands, including The Batmen, A Wedding Anniversary and Paul Collins Beat.  He still found the time to drum though, playing with groups including Australian band The Scientist and in fact opening for The Sisters of Mercy‘s last UK tour before they split; he also produced Giving Ground, the first single for the band’s frontman Andrew Eldrich‘s Sisterhood project and worked on their first album Gift. Lucas is presently music supervisor for films with publishing company Notting Hill Music. 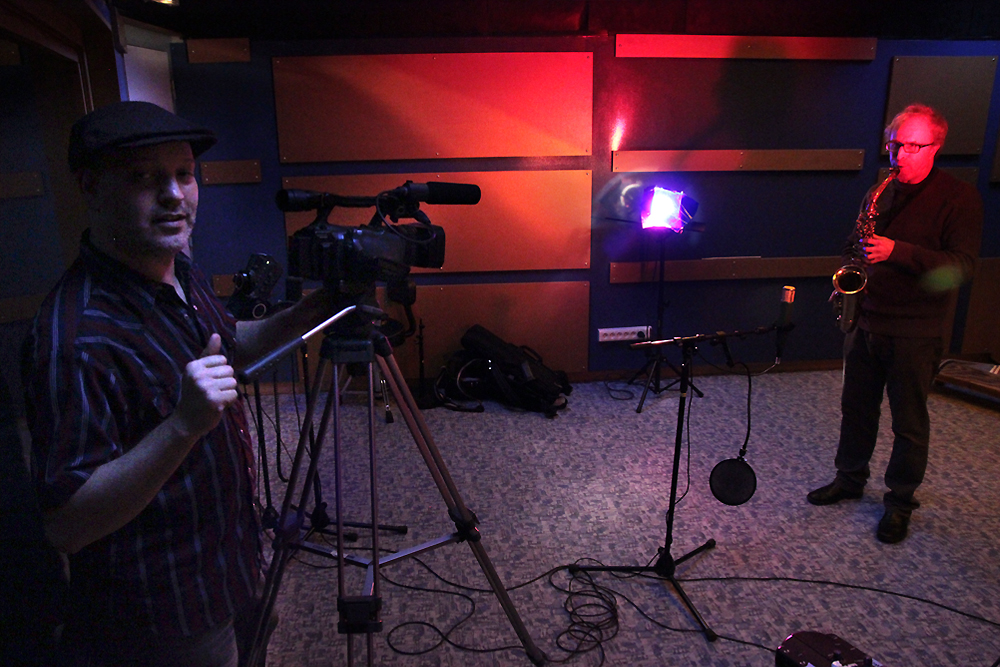 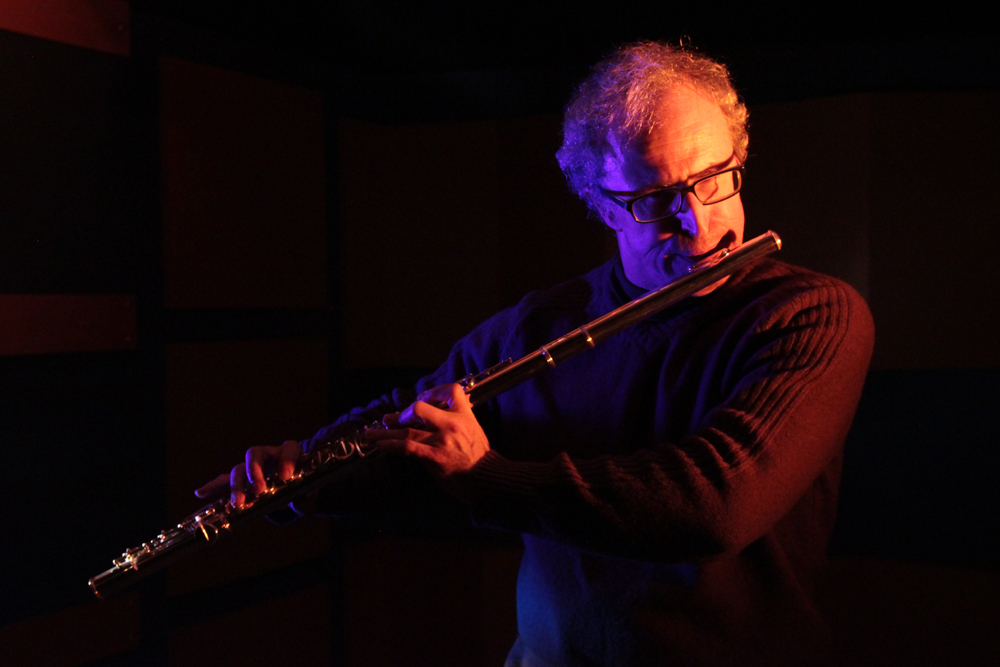 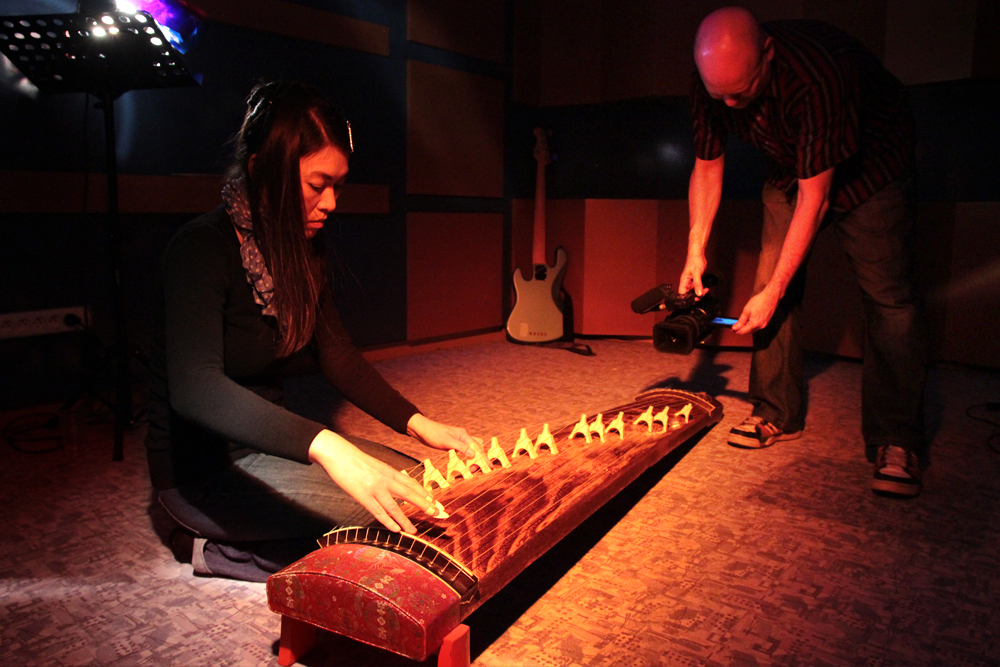 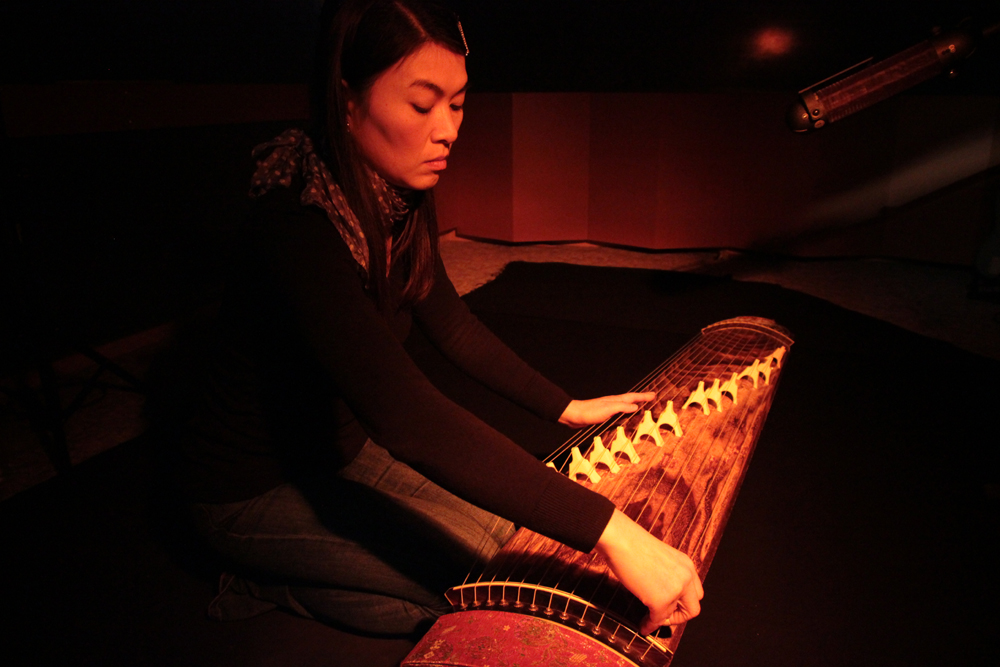 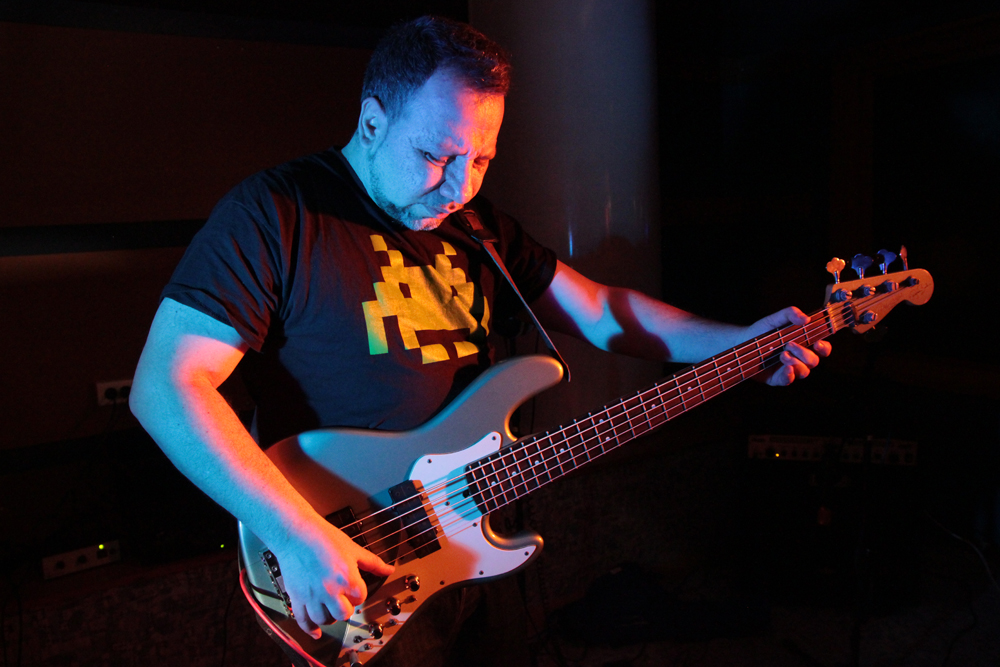 We then recorded multi-instrumentalist Christophe Rosenberg, who’s also the New Technologies and Mediatech Coordinator at the Cité de la Musique – the group of institutions dedicated to music and situated in La Villette in Paris.  A fantastic saxophone and flute player himself and a great connoisseur of world music, his flexible and versatile style has lead him to create film soundtracks, perform at a range of festivals and of course collaborate with an incredible array of different musicians and artists.  His current collaborative project is with Japanese koto player Etsuko Chida, who we recorded next.

And yes, finally we get to record a koto, the beautiful long multi-stringed Japanese zither-like instrument and one of the most representative of traditional Japanese music. It was wonderful to record Etsuko, who’s from Sapporo, Japan, but now lives in Paris. She starting playing aged five – following the rigorous teachings of three of Japan’s greatest virtuosos educating in the Yamada method of koto playing (“Yamada–ryu”).  During the 18th century narrative singing was added to the method’s koto playing style, giving higher status to the instrument in traditional music over the Shamisen lute, which was more common at the time. Etsuko has performed in Japan, across Europe, the Middle-East and in 2002 released Chants Courtois, an album of traditional Japanese songs.

Lastly was Mouloud Choutri, the main recording engineer at Canal 93 – the partner venue where we’re recording all these ultra-talented musicians.  He’s also a keen bass player and has collaborated with many musicians, including Modou Gaye.  Having recorded so many artists for Orchestra of Samples himself at Canal 93, Mouloud wanted to pick up the bass and join the project himself!

Many thanks once again to all the Canal 93 team.