We’ve been commissioned by cultural arts organisation ArtReach, who were inspired by our creative process of working on Orchestra of Samples, to create a performative installation for their Journeys Festival, sampling a number of musician sanctuary seekers and refugees now settled in the UK and Europe.

The project – ‘Sounds of Sanctuary’ – is part of their pan-European Liberty EU international arts programme, which engages in creative integration, forging a new sense place for those who’ve had to find a new home and re-settle. The team put our project in motion organising a number of musicians for us to film in Manchester and London, who’ve all settled in the UK. And as with similar projects involving us, all the musicians we met on these trips who we asked about being part of Orchestra of Samples happily all said yes. 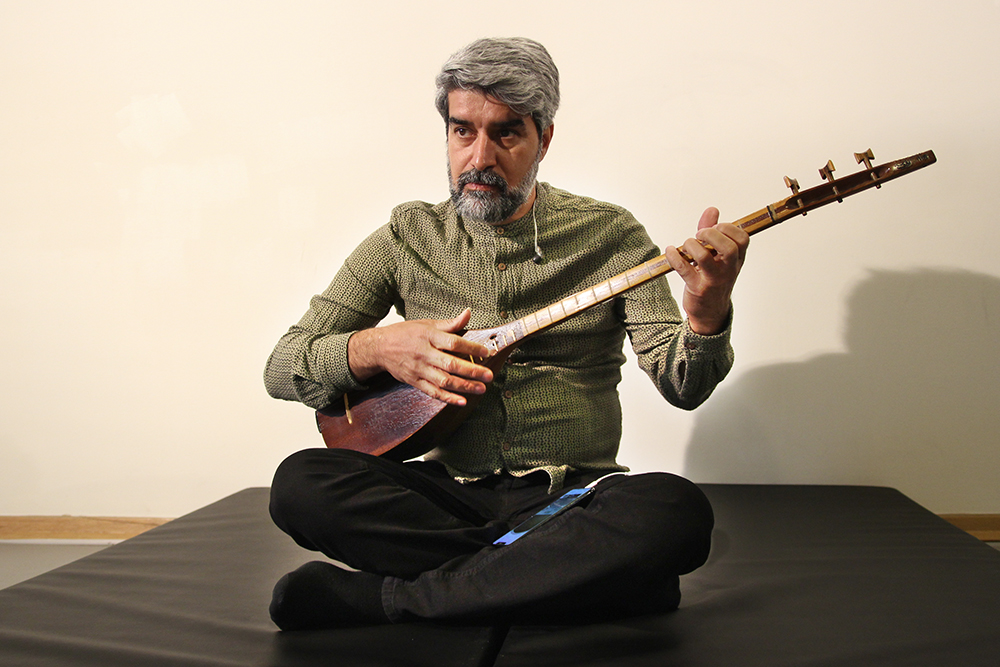 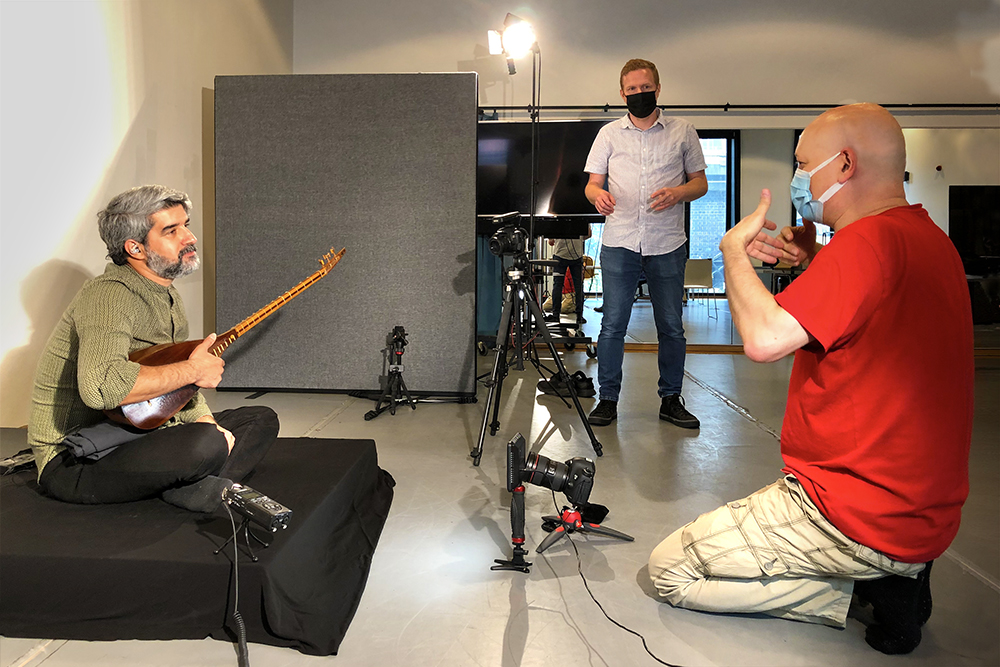 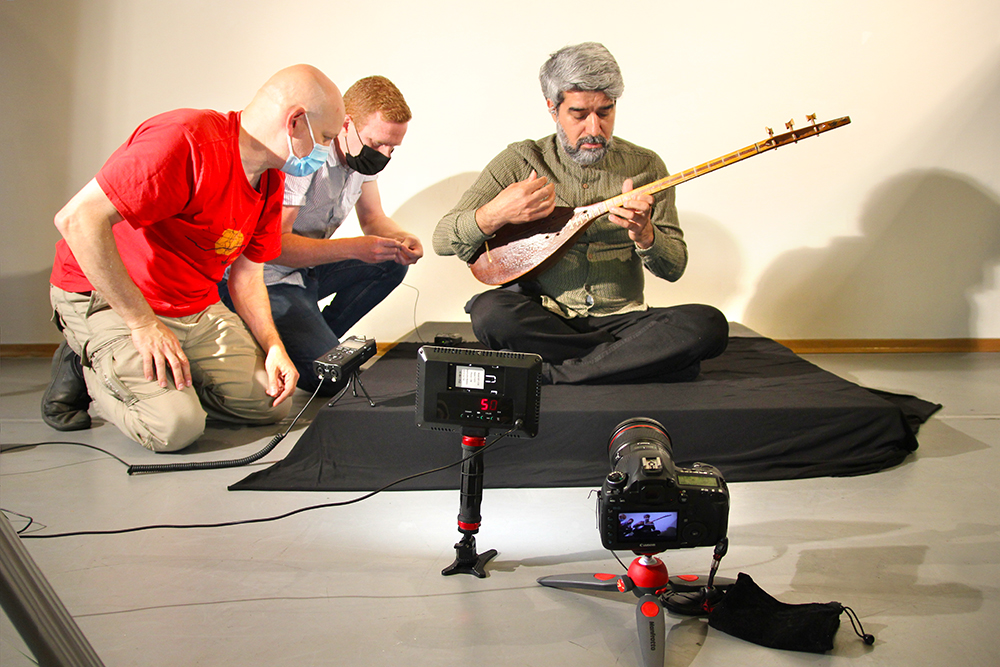 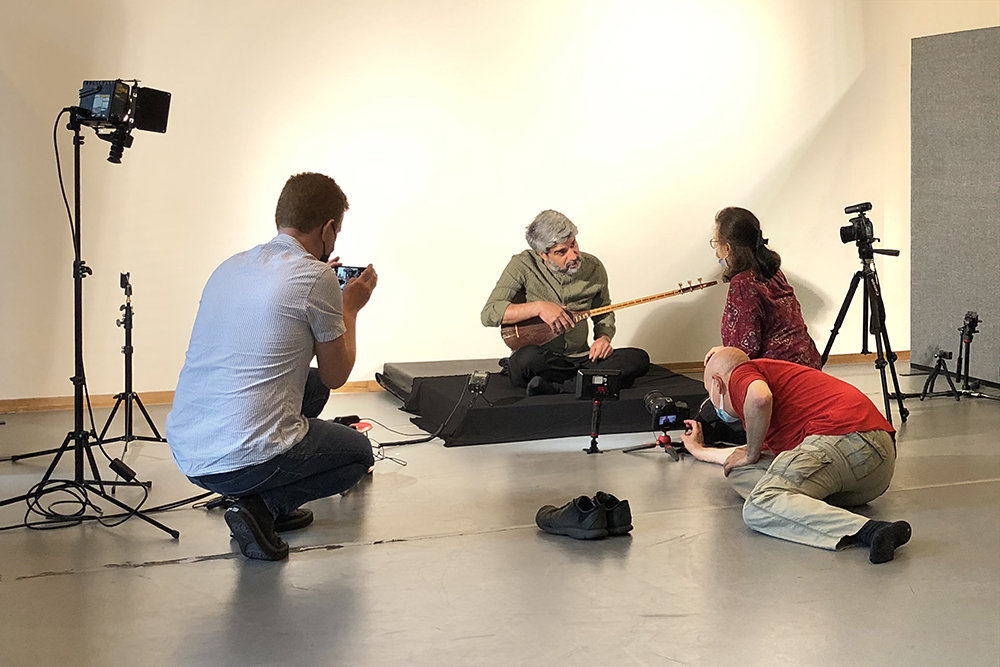 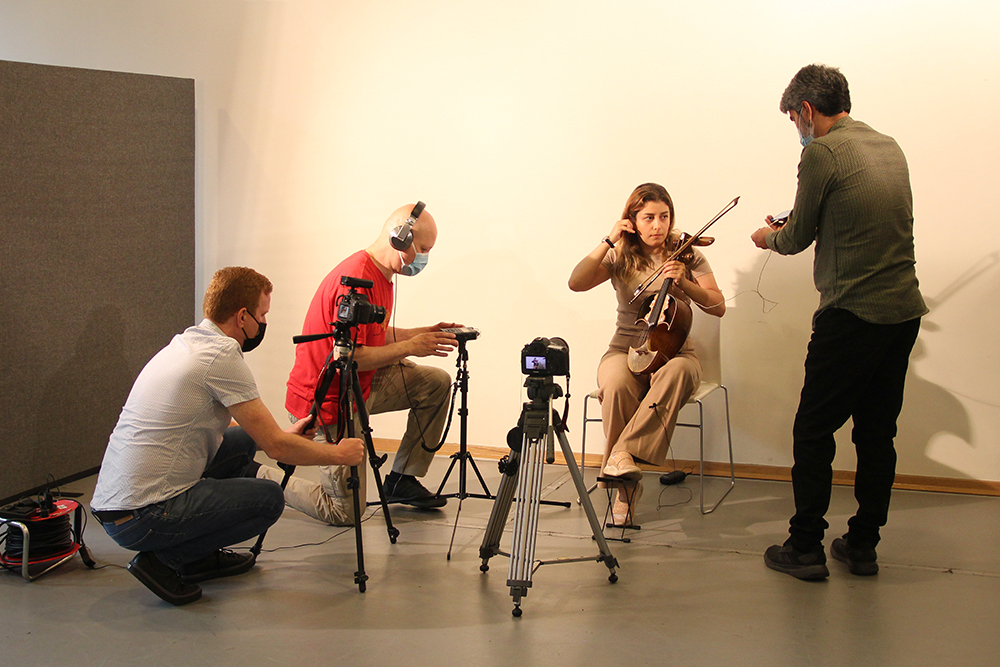 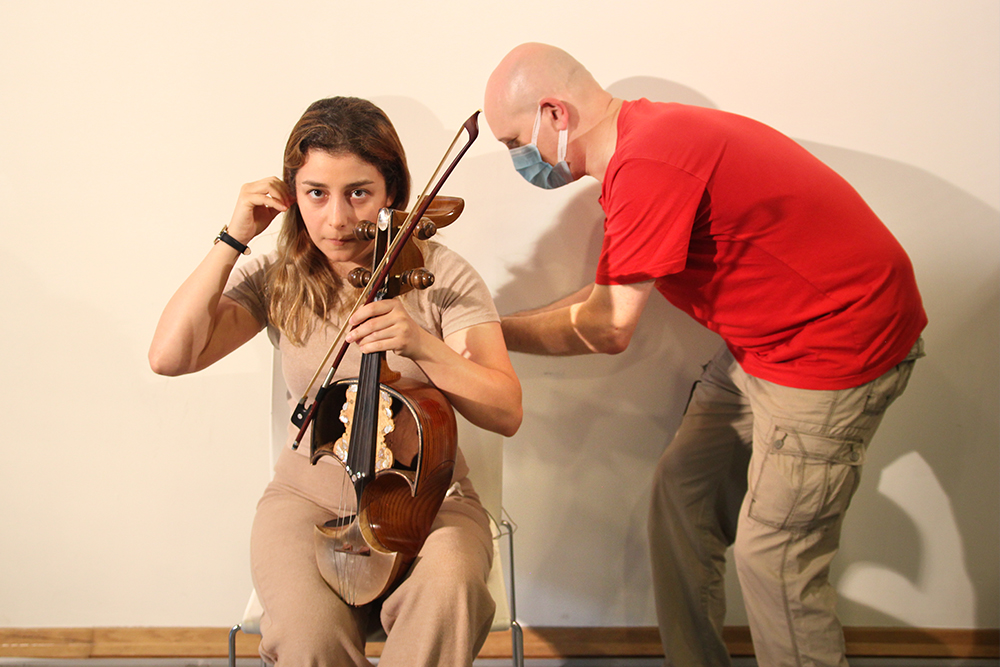 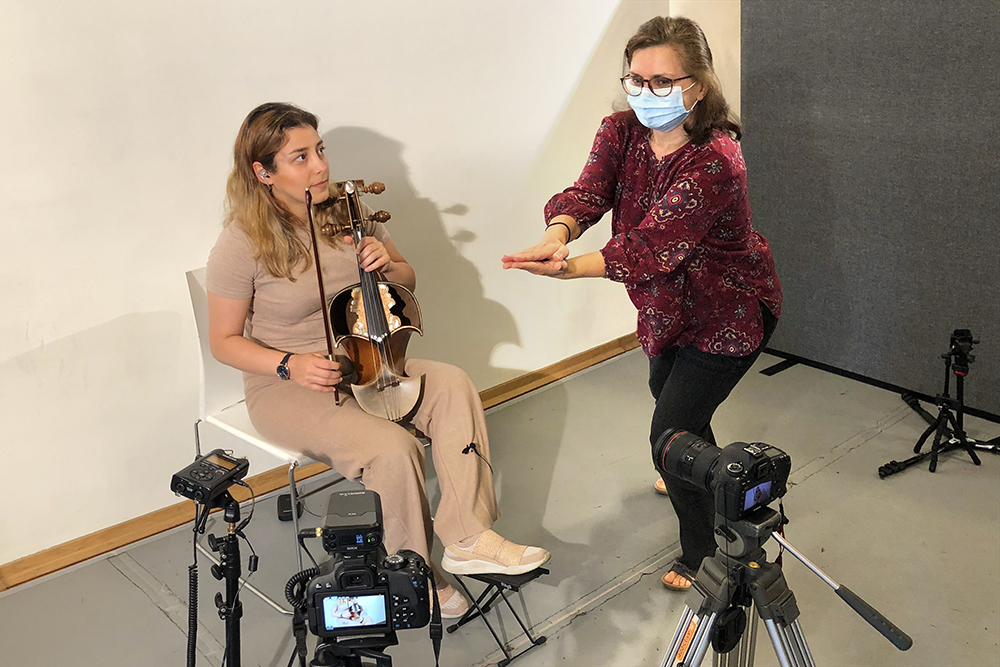 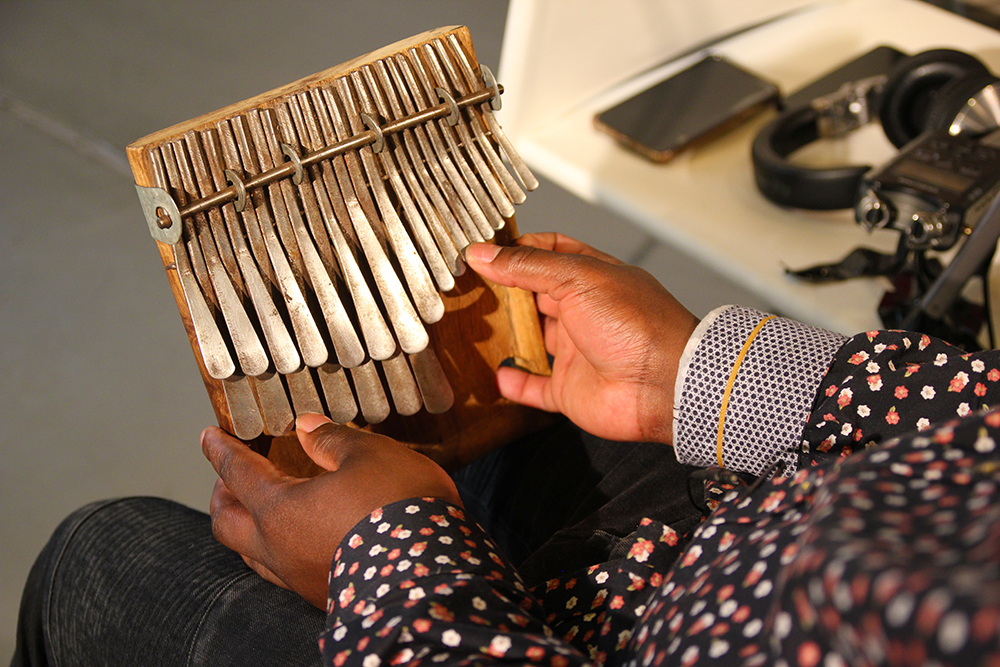 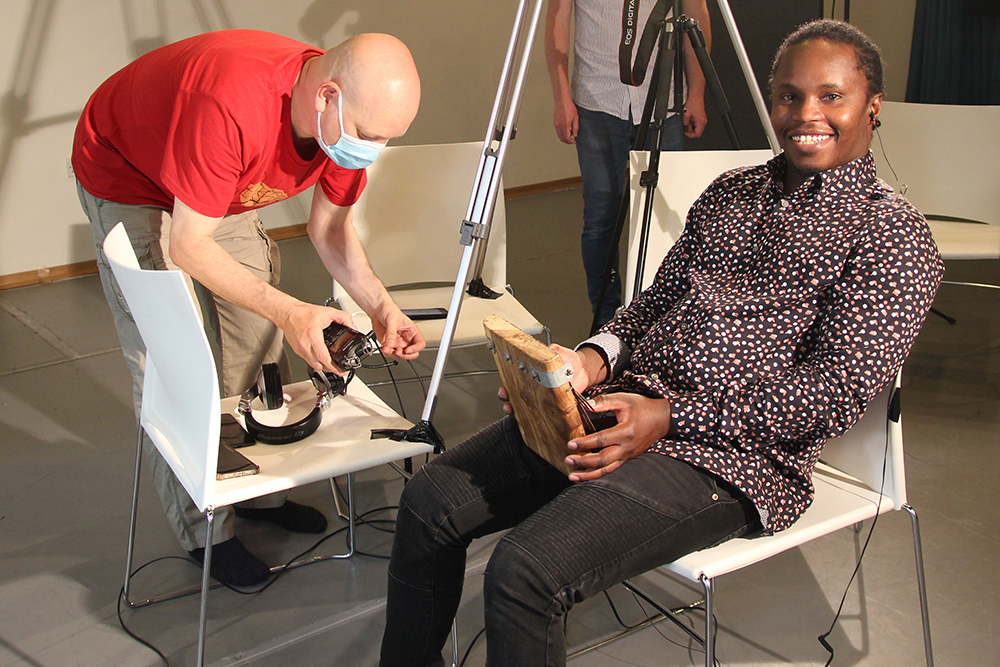 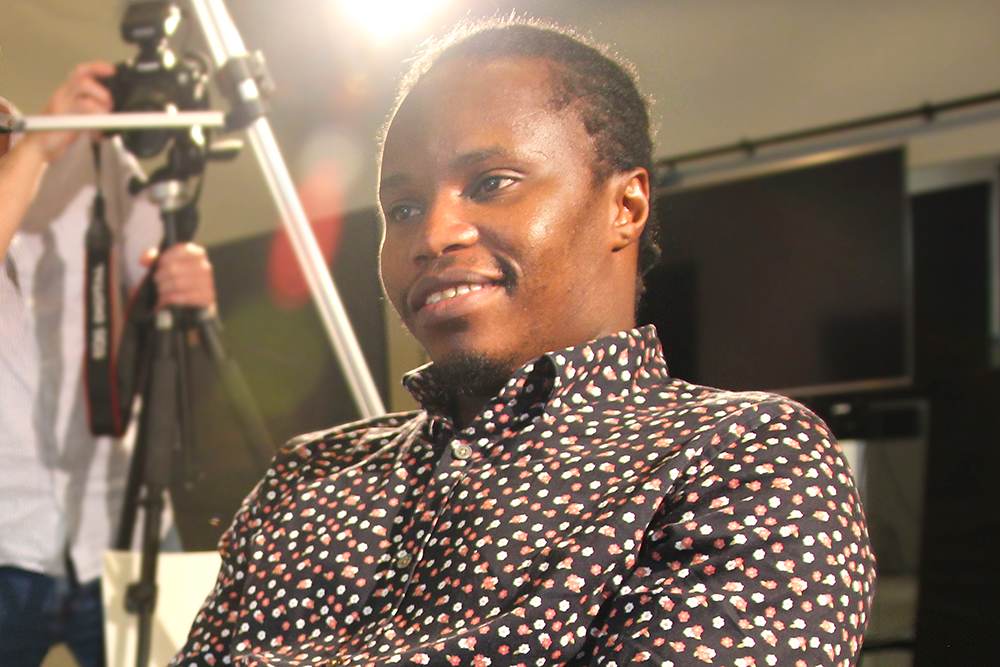 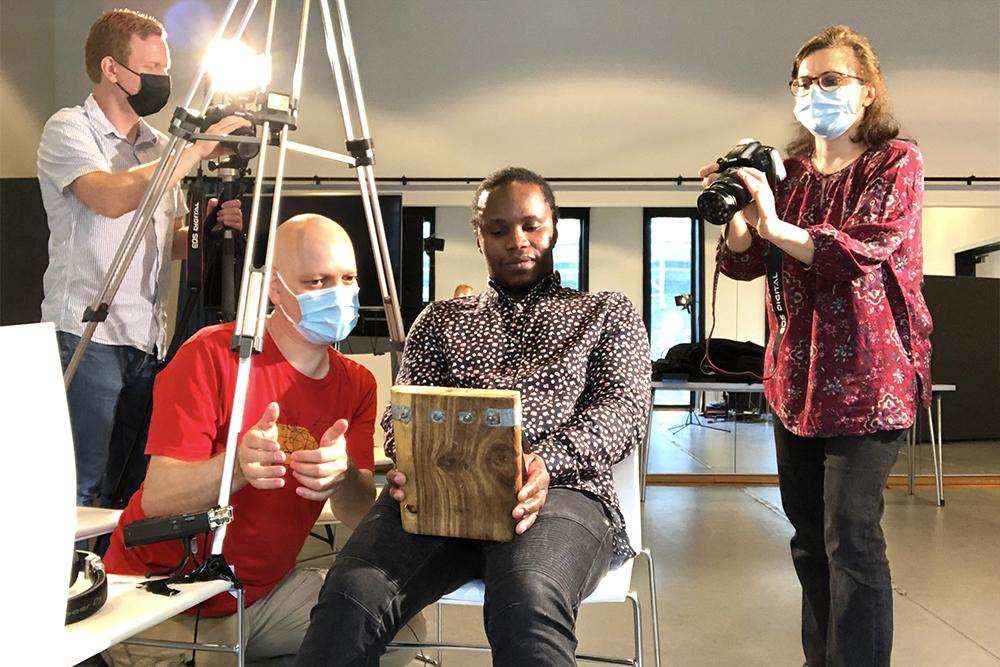 With such a fascinating mixture of incredible talents and backgrounds, it was quite humbling meeting all the musicians – particularly Seyed Ali Jaberi, the highly accomplished award-winning master of Iranian tanbur.

Studying the instrument from a very young age under the guidance of a number of Iranian masters, Seyed – at just 20 in 1994 – performed with the world famous Japanese Min-on Orchestra and at 22 was crowned Best Tanbur Player in Iran! He’s also performed with, and conducted, the Iranian National Orchestra and has been instrumental in bringing tanbur to wider audiences with sold out shows across Asia, North America and Europe – most recently in London before the pandemic at the Barbican with his group the Hamdel Ensemble. Seyed also collaborates with other artists, most notably international singer and UN ambassador for the World Food Programme Sami Yusuf, who he’s also toured with.  Now living in Manchester, Seyed is seen as one of the most significant figures in contemporary Sufi music and his albums are hugely popular among lovers of traditional Persian music.  It was such an honour to work with him and have him as part of Orchestra of Samples.

Seyed also introduced us to fellow Hamdel Ensemble member Parisa Pirzadeh, who we recorded playing ghaychak – a ‘violin-esque’ lute played with a bow and mainly found in Iran, Afghanistan and Pakistan.  A professional viola player and active violinist too, Parisa teaches violin at One Education’s Chorlton Music Centre in Manchester and before relocating from Iran, she was violinist and Assistant Principal Viola at the Tehran Symphony Orchestra for four years, having studied music at the Tehran University of Art.  Since being based in the UK, Parisa’s performed with a number of orchestras, including the Chineke Orchestra – who’s performances you may have seen with Sheku Kanneh-Mason (the virtuoso cellist who played at Prince Harry & Meghan’s wedding). 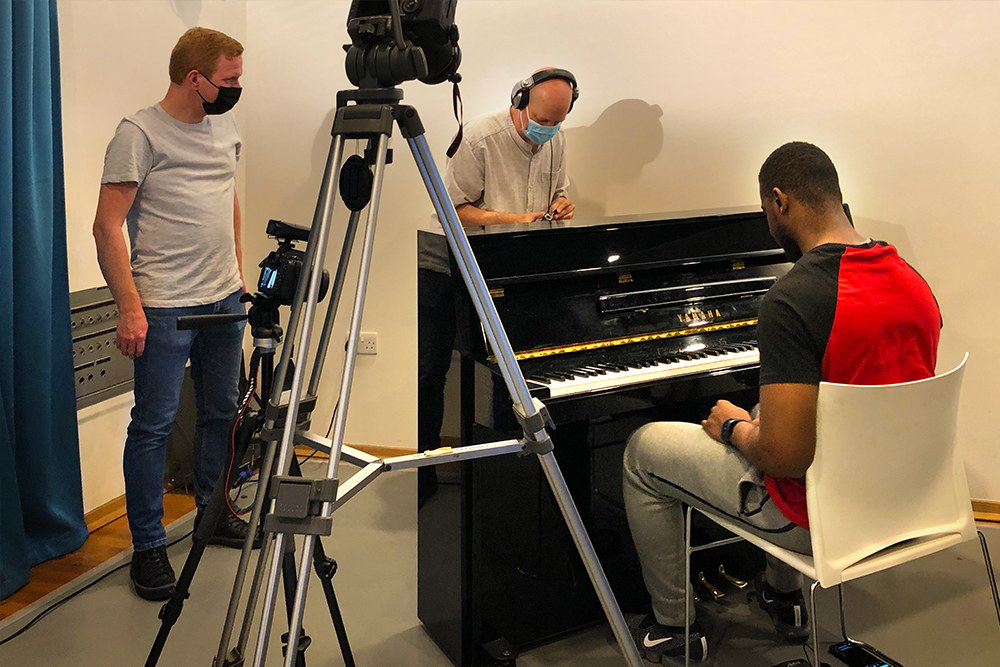 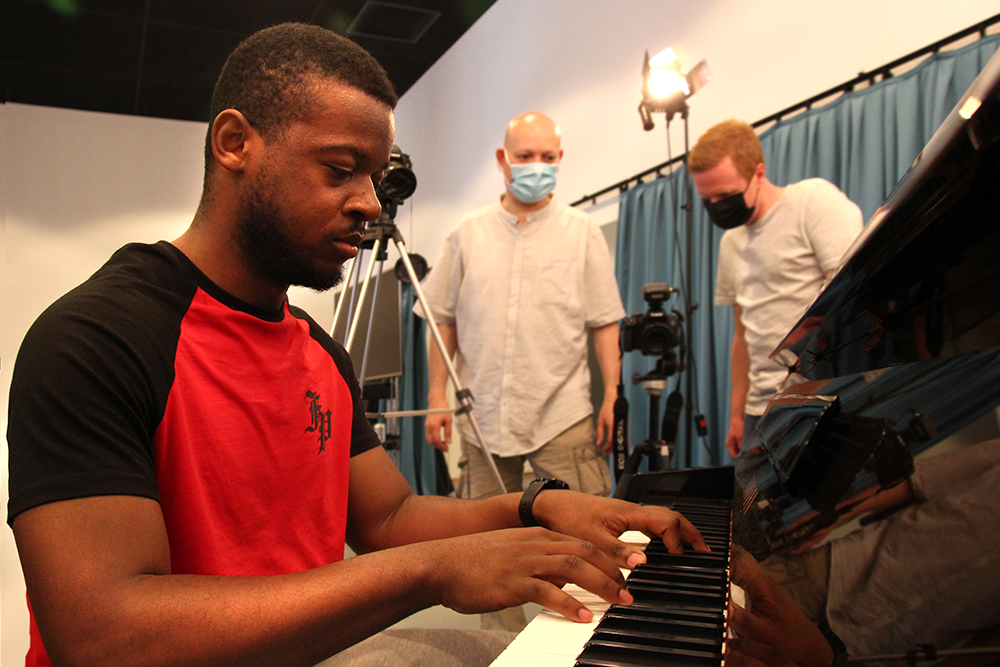 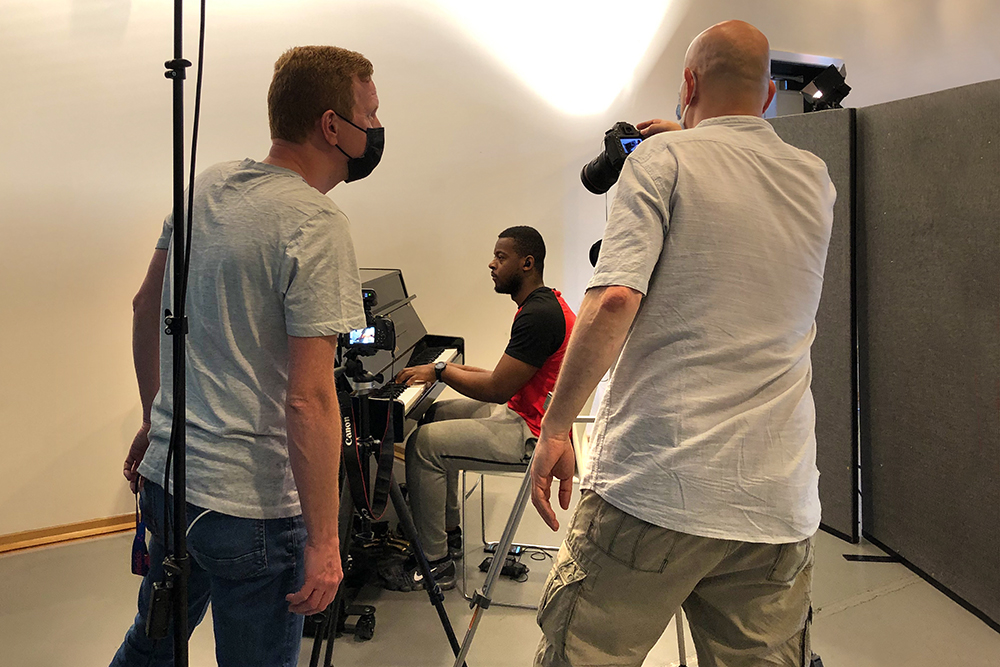 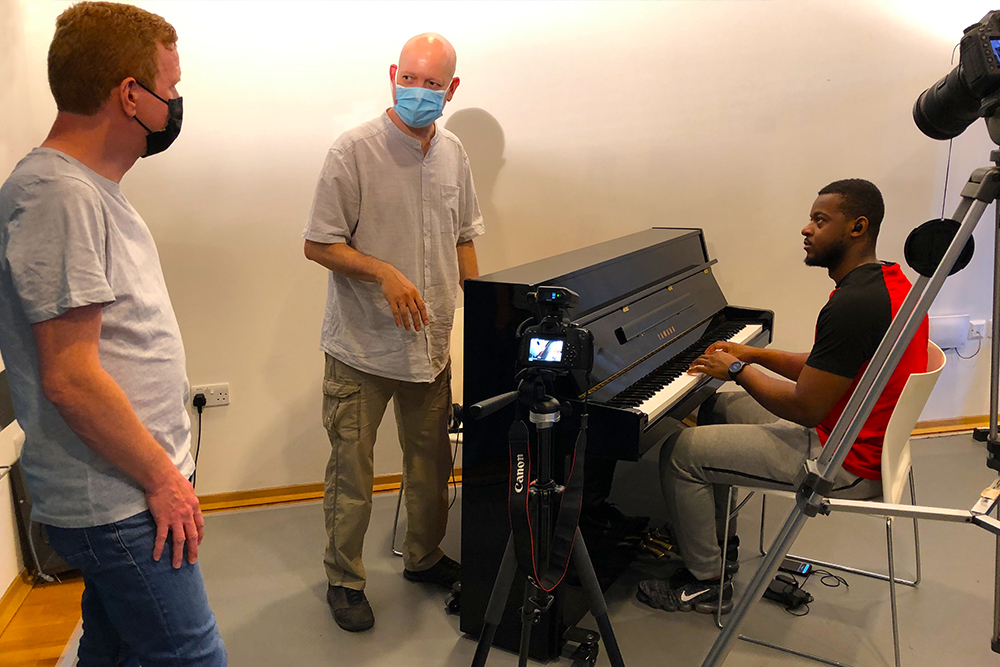 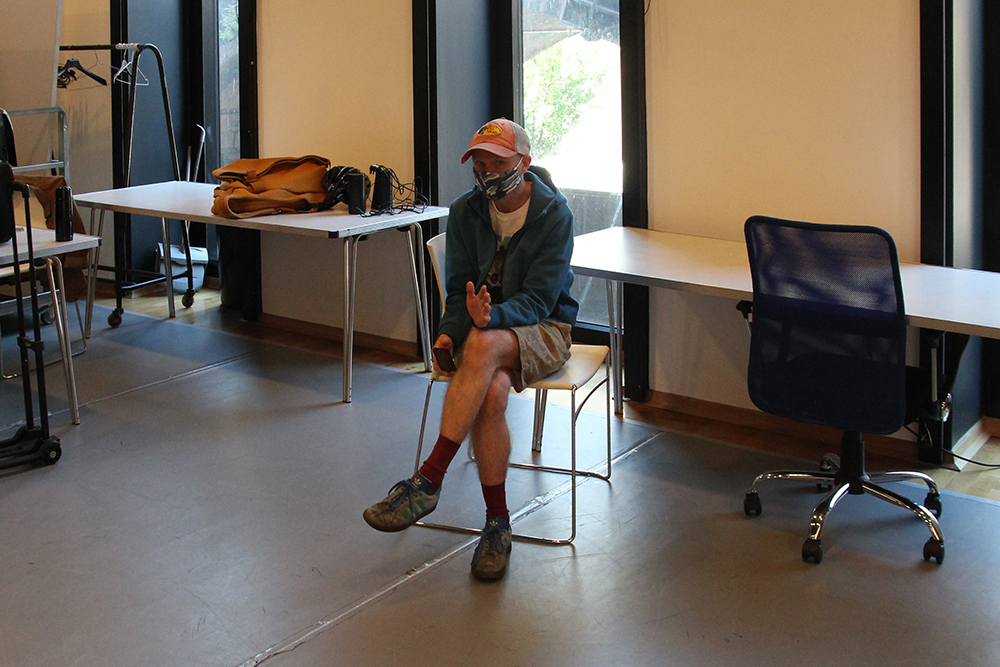 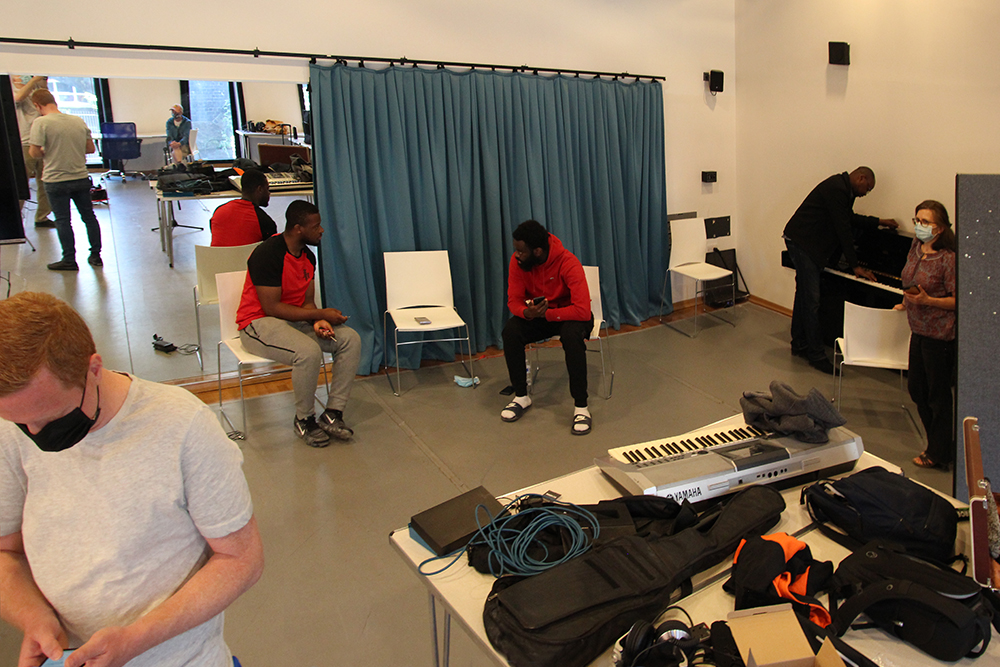 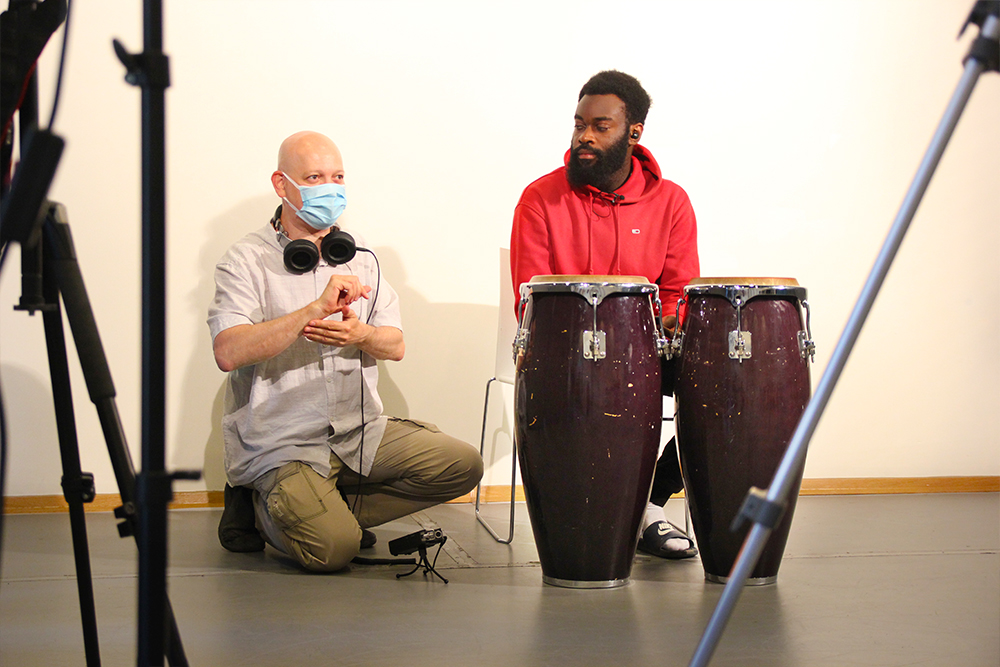 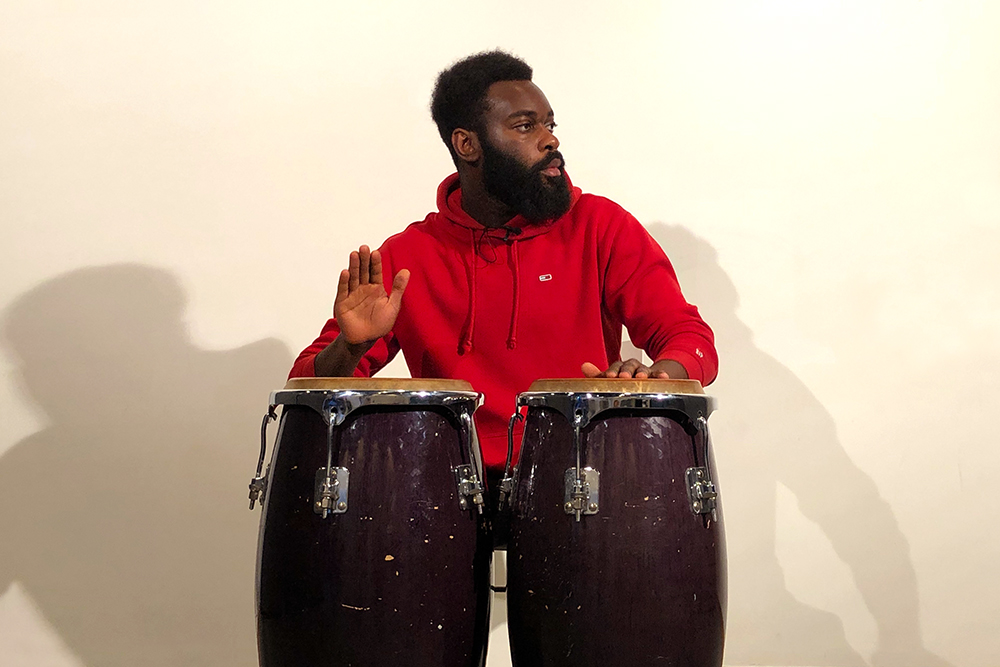 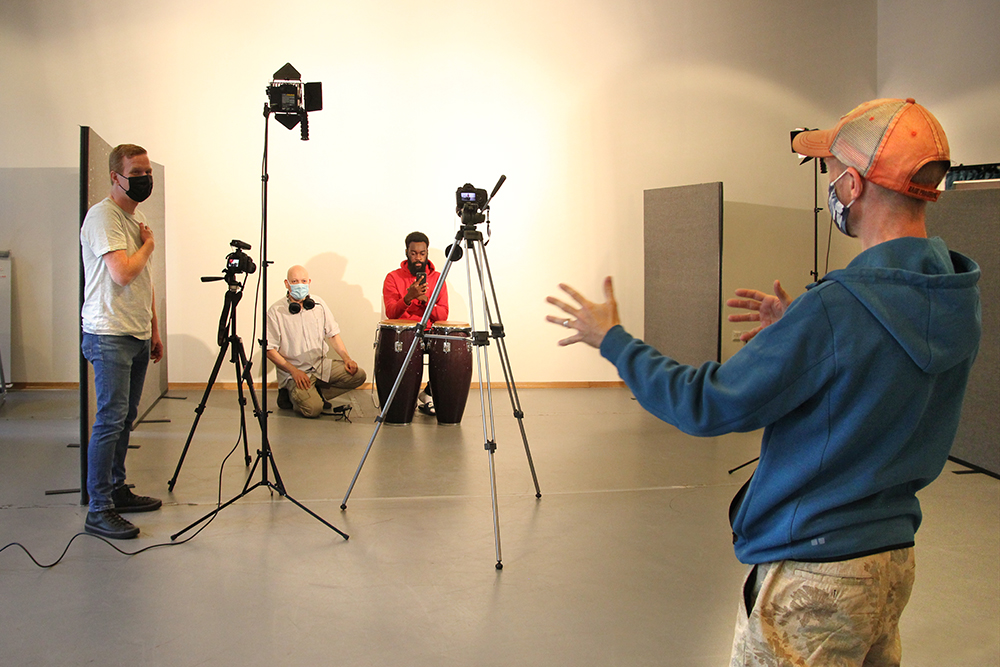 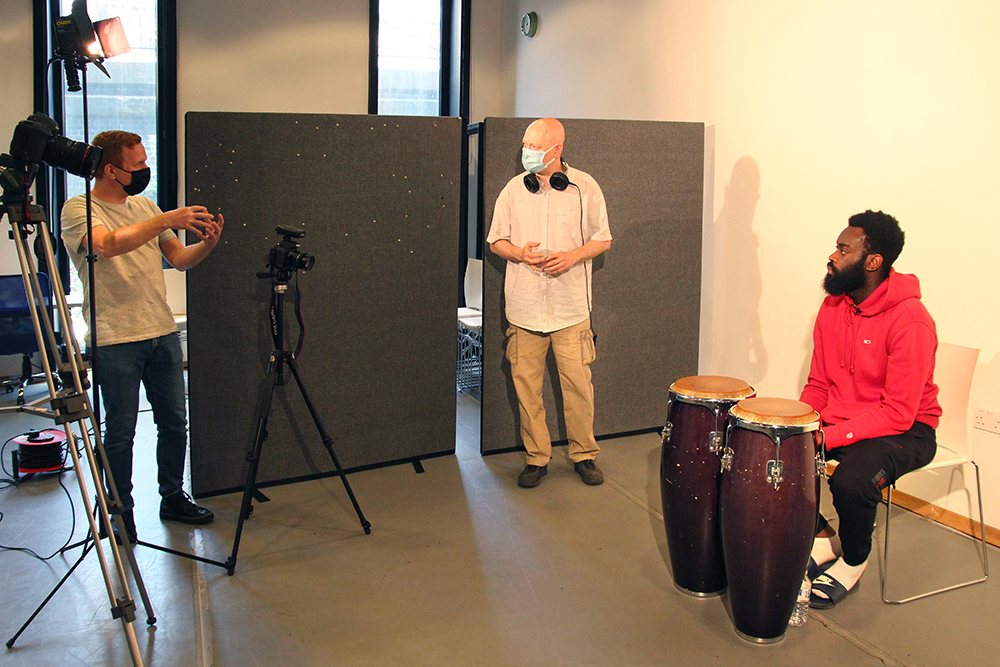 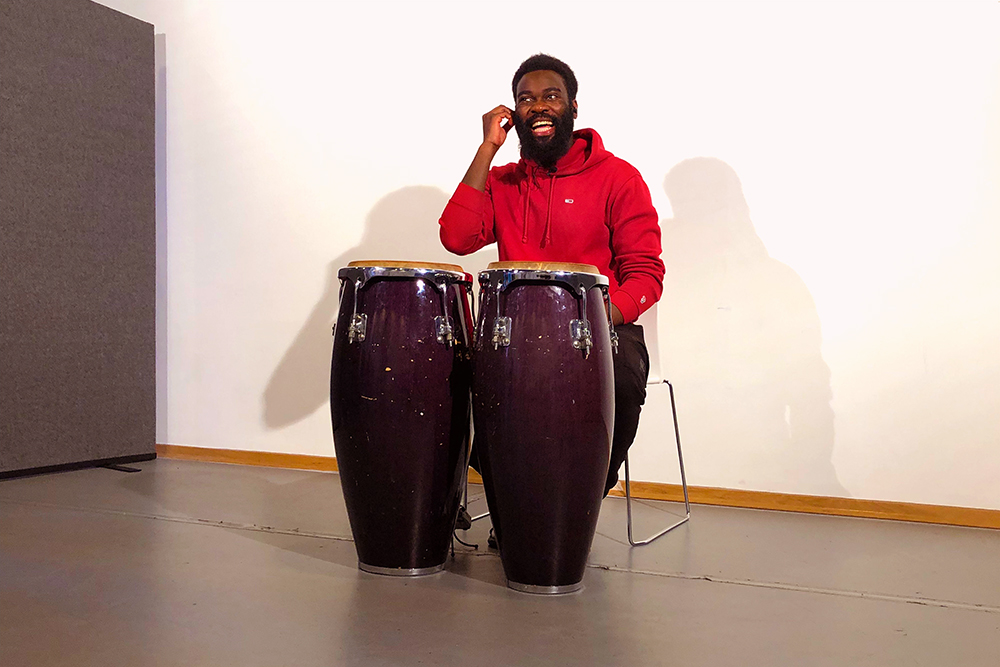 Another prolific talent we were introduced to was singer, guitarist and mbira player Zivai ‘Zee’ Guveya who fronts the Heritage Survival Band, a hugely talented group of musicians originally from Zimbabwe’s capital Harare. Zee, who we recorded playing mbira (a Zimbabwean thumb piano), was first discovered aged 15 when he began performing with the politically-influential artist and legend ‘Lion of Zimbabwe‘ Thomas Mapfumo (who was jailed without charges under the white-dominated regime of what was then Rhodesia and then later also harassed by the Mugabe government).  In just this part of his career, Zee recorded five albums with Mapfumo and toured Africa, Europe and North America, before settling in the UK.  His band’s style of Afro-fusion very much includes rhythms of his youth, particularly Chimurenga – the music style created and popularised by Mapfumo himself.  Zee’s performed across the UK with his band, including at WOMAD, Bestival and Bluedot festivals.

Still in their 20’s, the youngest of all the musicians we met were pianist Job Keyebe and fellow percussionist / drummer Ephraim Kilongo, who are part of the Amani Collective – the musicians wing of African led arts organisation Amani Creatives.  Job, who was born in Kinshasa, capital city of the Democratic Republic of Congo, learned music through his church – a French speaking Pentecostal community, where he still performs each week.  His parents spotted he liked guitar and bought him a bass and lessons, but since his teen years he’s preferred piano and is completely self-taught. He’s played at the Manchester International Festival and local venues including Band on the Wall and the prestigious Bridgewater Hall. As well as being members of the Amani Collective, the pair are in SGT – Second Generation Trio. Ephraim, again a self-taught musician, his parents bought him a drum kit aged 4!  As well as Job’s personal passion for jazz, American Gospel and R&B, the pair both like to play Congolese styles, mainly Sebene and Congolese rumba. 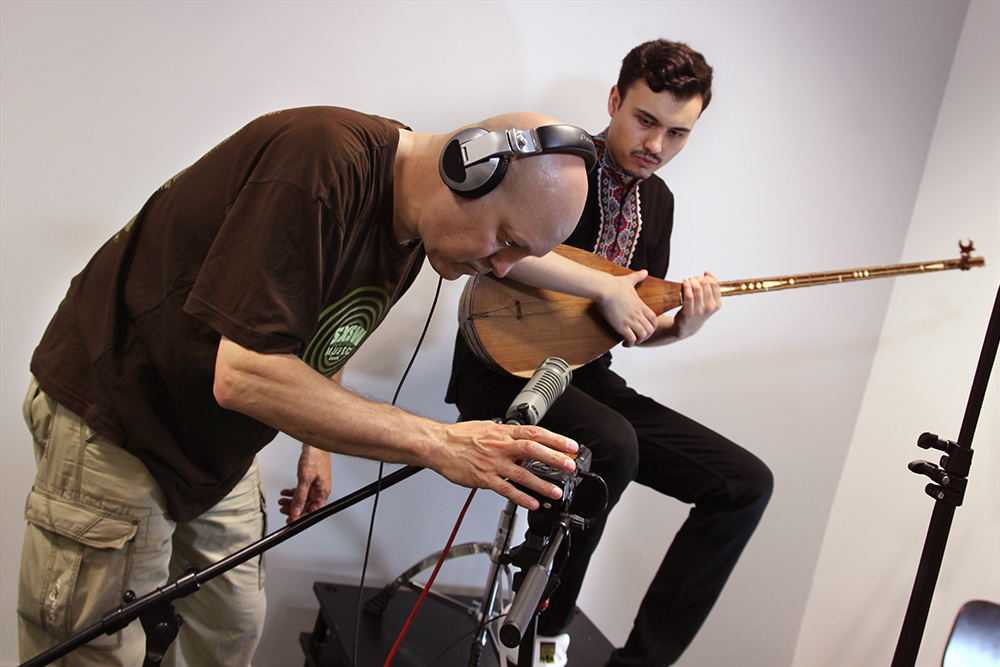 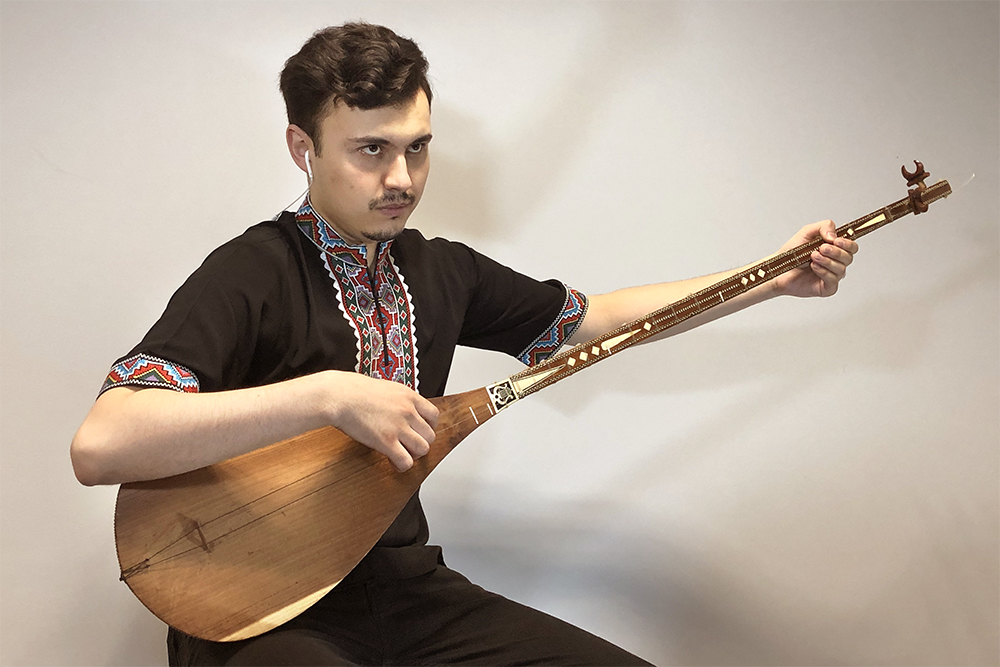 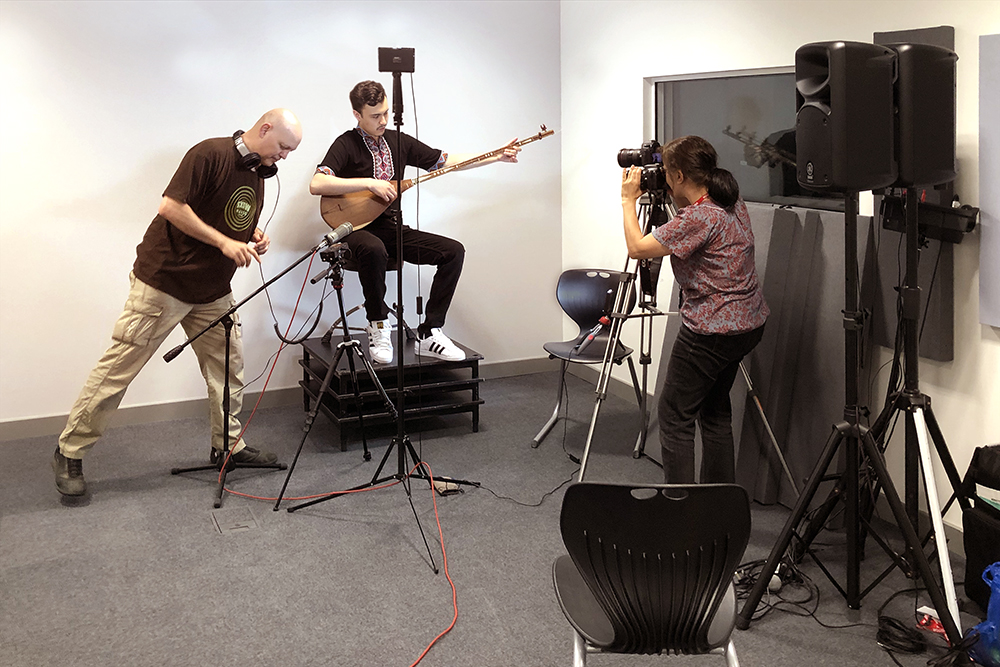 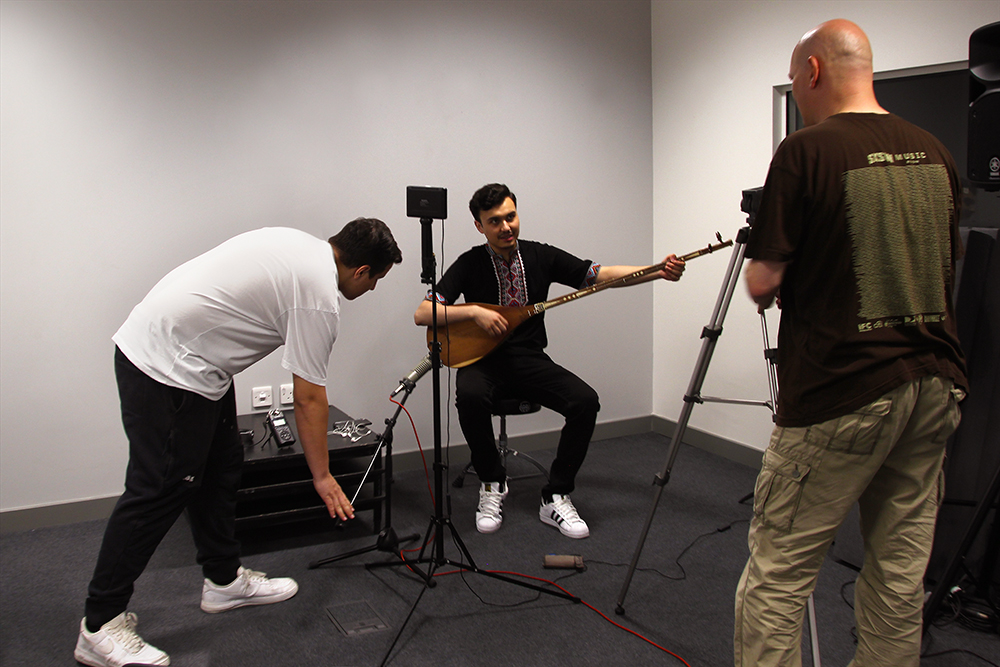 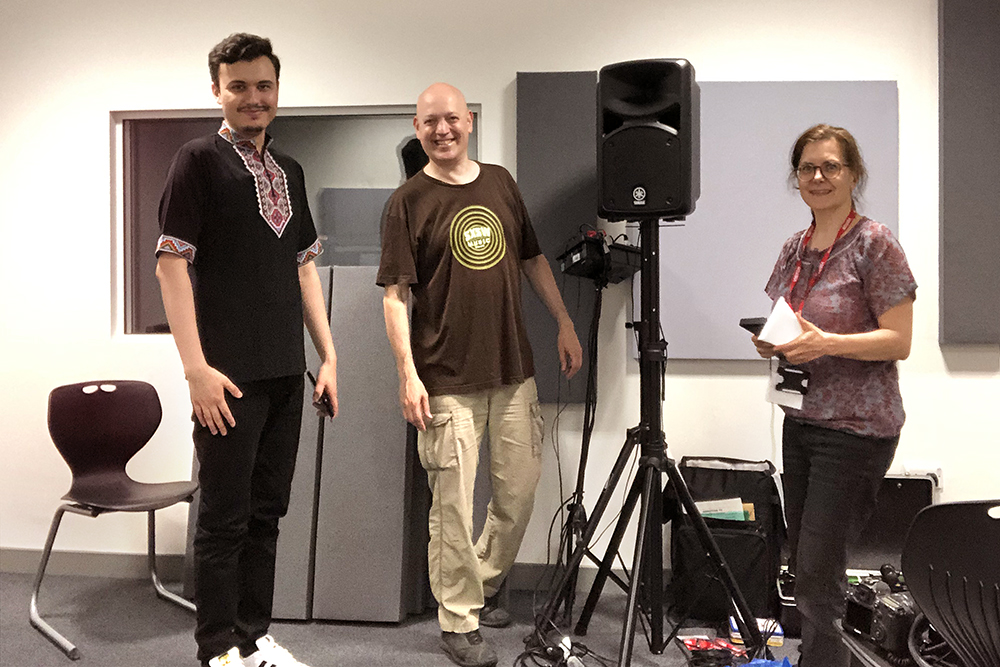 In a separate recording session in London we had the wonderful opportunity to record a 2-string dutar with Uyghur musician Dilzat Turdi.  Originally from Karamay in East Turkestan, in the western part of China, in the area now called Xinjiang, he was separated from his mother and father aged only 3 when his parents had the opportunity to go abroad to find a better life for their family. He was brought up by his grandfather in the meantime, a musician himself, who became the young Dilzat’s musical influence, playing traditional songs at home everyday.  In 2009, over a decade later, he was reunited with his family as a young teenager, and is now studying Music, Sound & Technology at City, University of London. He also takes dutar lessons from a London-based professional Kyrgyzstani musician and is currently a singer and member of the Uyghur European Ensemble – formed only in 2019 by a group of Uyghur folk musicians in diaspora all across Europe, their aim is to keep their unique and endangered culture alive for the next generation, such as Dilzat himself.

With massive thanks to Sashwati Sengupta and Dan Williamson from ArtReach, and to HOME Manchester and London’s Big Creative Academy for the use of their facilities.