After performing a number of times together on Orchestra of Samples in recent years, we finally organised a session with the maestro himself, trombone virtuoso Dennis Rollins MBE, on what turned out to be the hottest day of the year in London!

From appearing on magazine covers, like Jazzwise, to performing at the famous Ronnie Scotts club, Dennis is a force in the jazz world. He’s worked with a number of top artists, including Jamiroquai, Blur, US3, Courtney Pine, and both American saxophonists Maceo Parker and Pee Wee Ellis. A performer and educator, Dennis also collaborates with music departments of universities, schools and colleges, both in the UK and abroad, giving workshops, lessons, even tutoring of small jazz ensembles to big-bands. In 2017, working with South Yorkshire Music Services and over 600 young musicians, he held workshops to compose music which was then performed at London’s Royal Albert Hall as part of the Music For Youth programme. 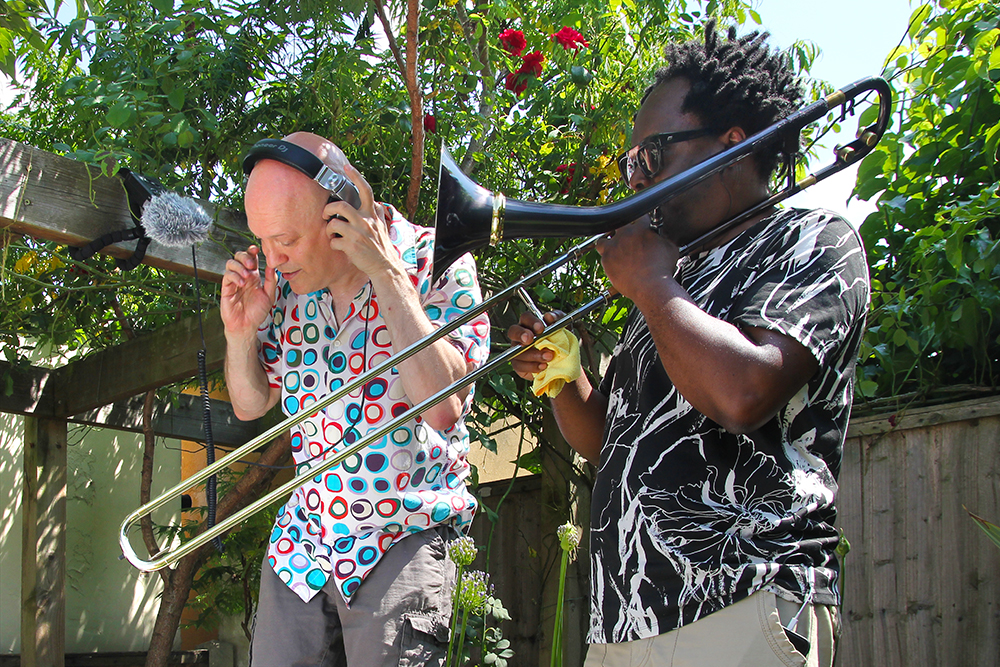 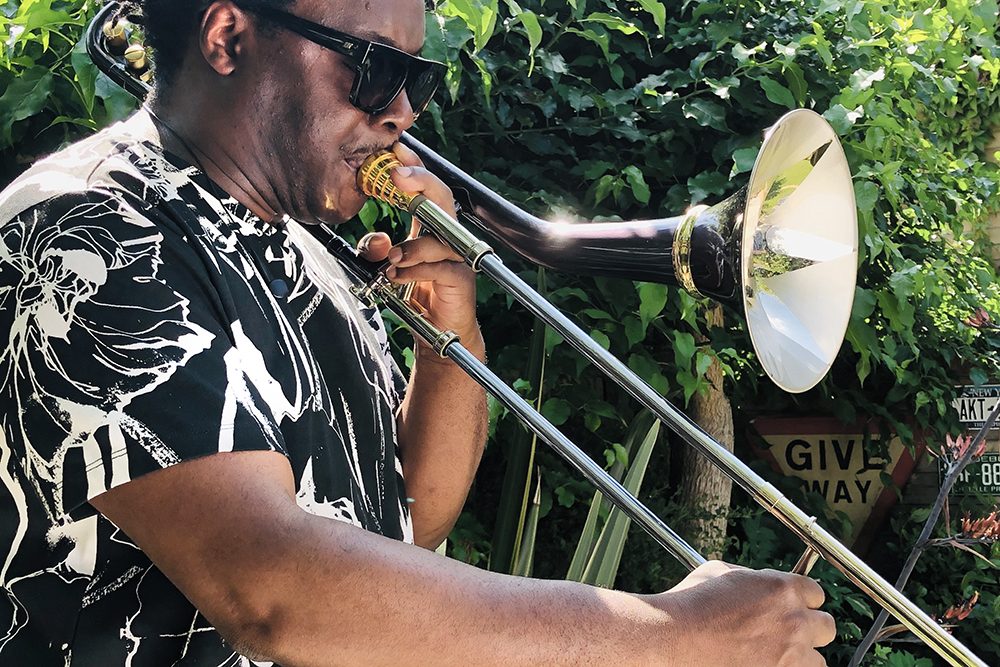 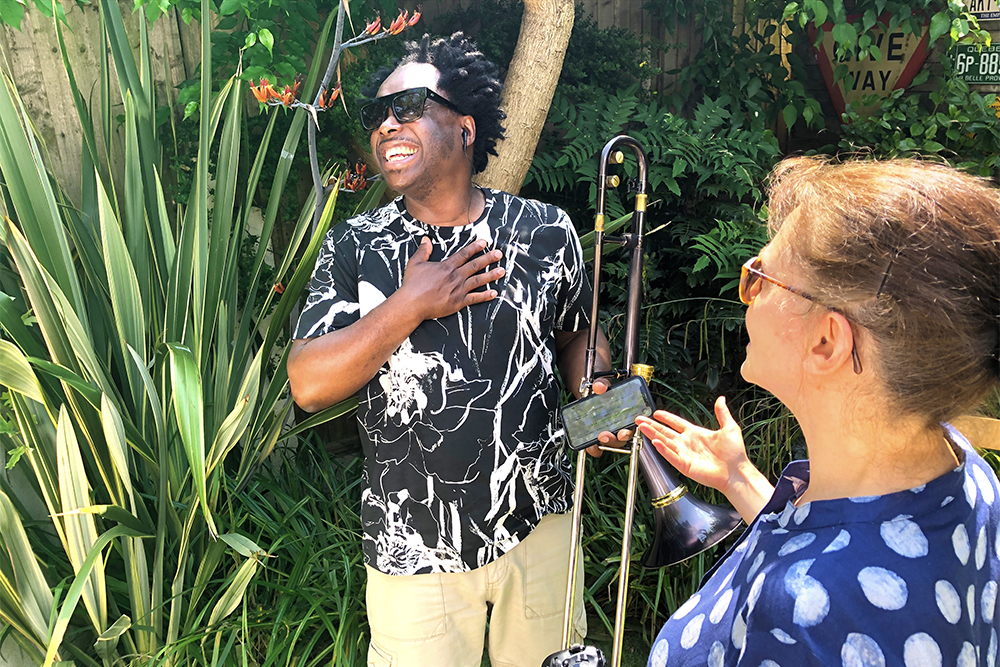 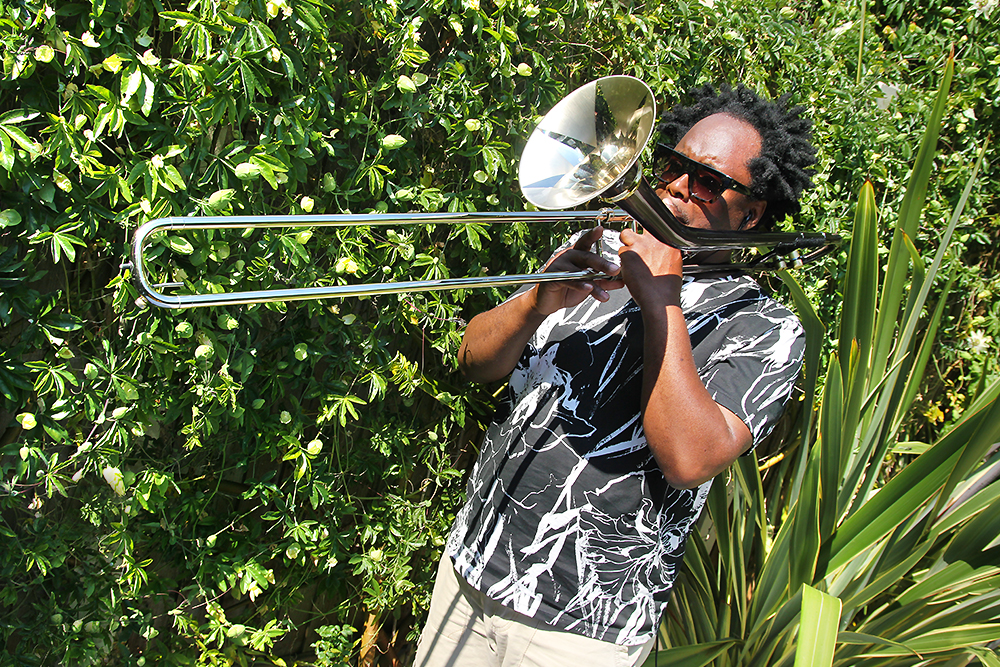 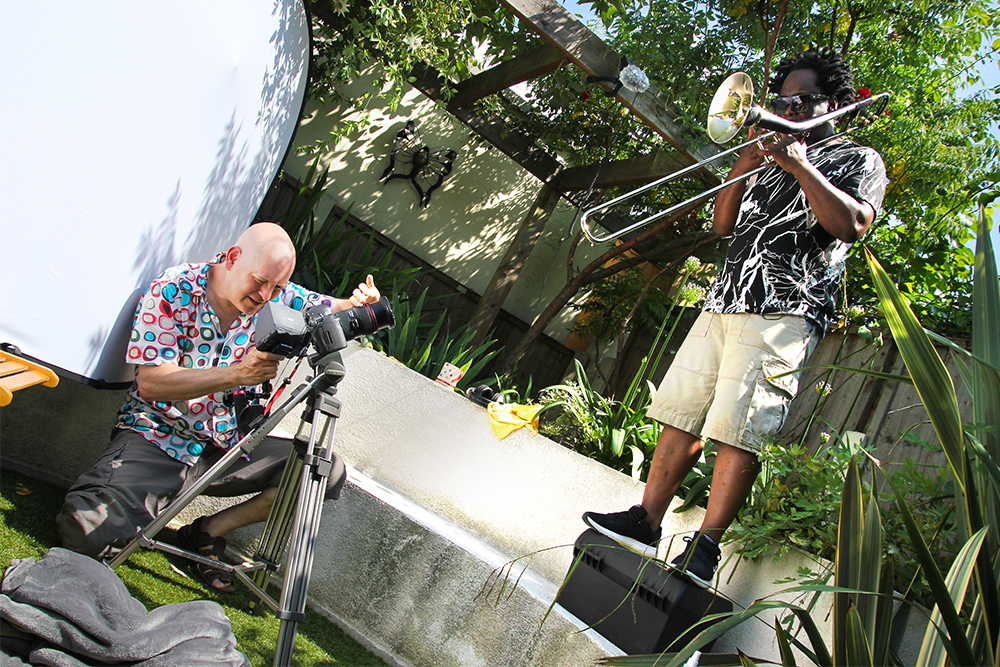 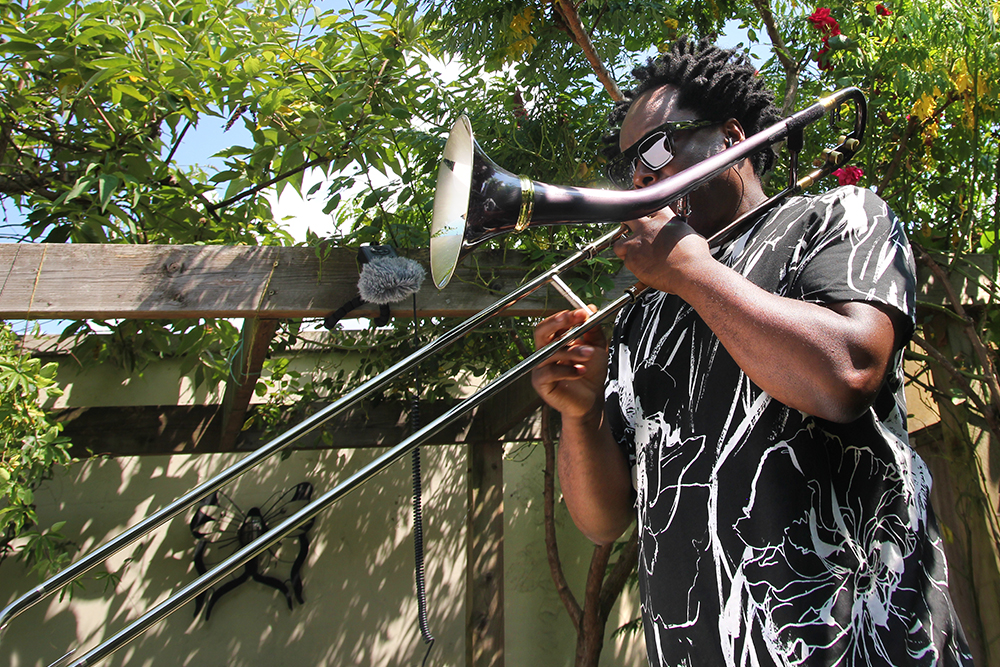 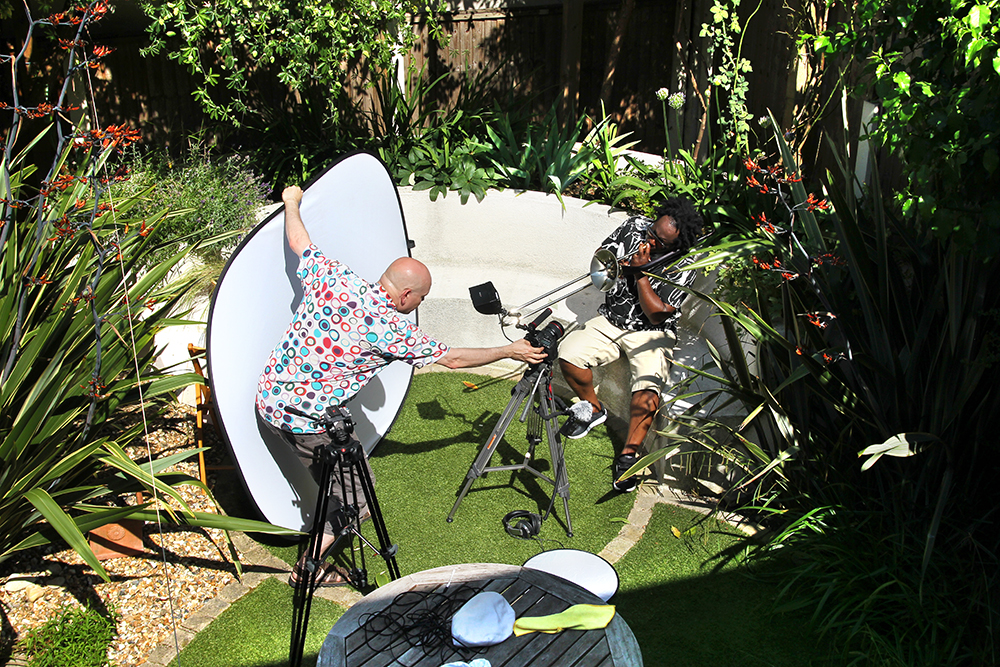 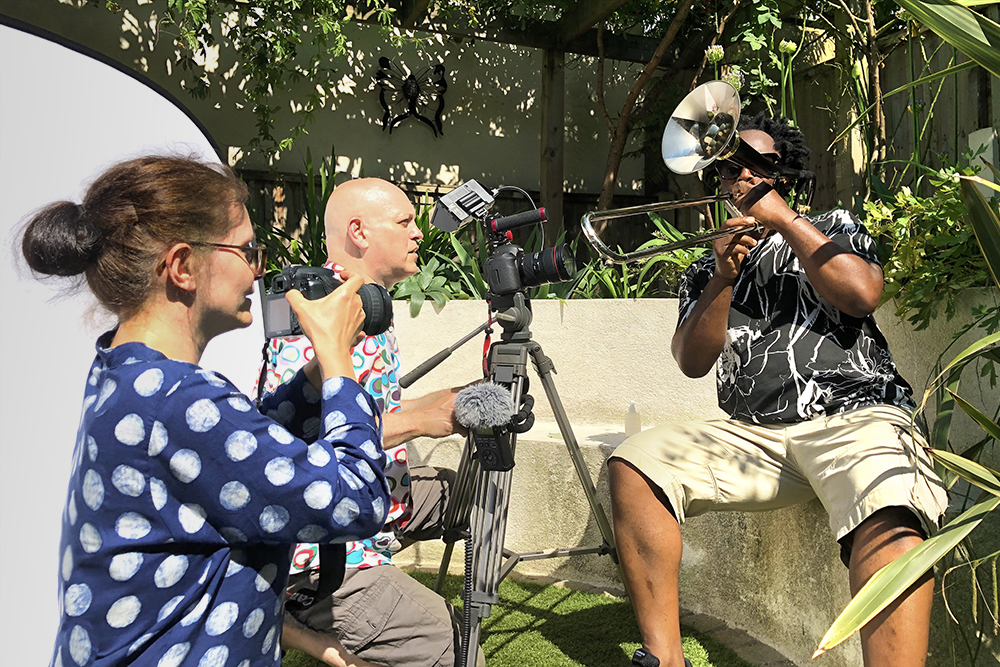 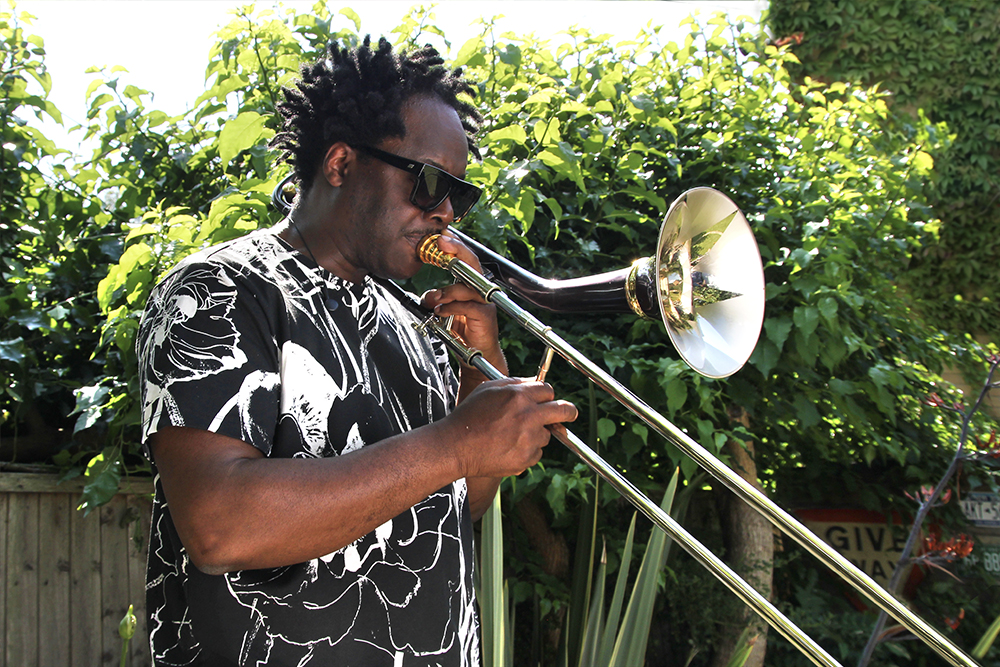 Dennis grew up in Doncaster, and is still based there, in the UK’s north.  He was brought up in a very musical family, joining The Doncaster Youth Jazz Association at 14, who he studied and performed with for many years. Later, having relocated to London in his 20s, he formed the funk-jazz band BadBone & Co, which went on to win the prestigious BBC Jazz Award for Best Band in 2006. And in 2007 he was awarded Trombonist of the Year at both the British Jazz Awards and the Ronnie Scott’s Awards. The following year, at the Parliamentary Jazz Awards. he won the Jazz Education prize 2008. If that’s not enough awards for one talented guy, Dennis was also named British Trombone Society Player of the Year 2013 and in the 2018 Queen’s Honours list he was awarded a very deserved MBE for services to music.

Check him out here. It’s fantastic to now have some Dennis Rollins samples to work with!

These 2021 sessions are kindly supported by Arts Council England.