We’re always looking for artists playing unusual instruments to be part of the project, and recently met up with London based Italian artist Bruno Zamborlin, who’s invented a device called Mogees which turns everyday objects into unique musical instruments!

The device is the result of many years of development at both Goldsmiths University of London and Paris based music research institute IRCAM.  It turns vibrations into sounds, so after placing the Mogees sensor on an object and connecting it to a tablet or phone running the Mogees software, when you then hit that object it makes a musical sound, enabling anyone to interact with their environment to create unique sounds and experiment with music in a playful and intuitive manner – we recorded him playing a house plant!  As an artist, Bruno performs solo but also occasionally with electronic act and Warp Records veterans Plaid.  More info about Mogees here: www.mogees.co.uk 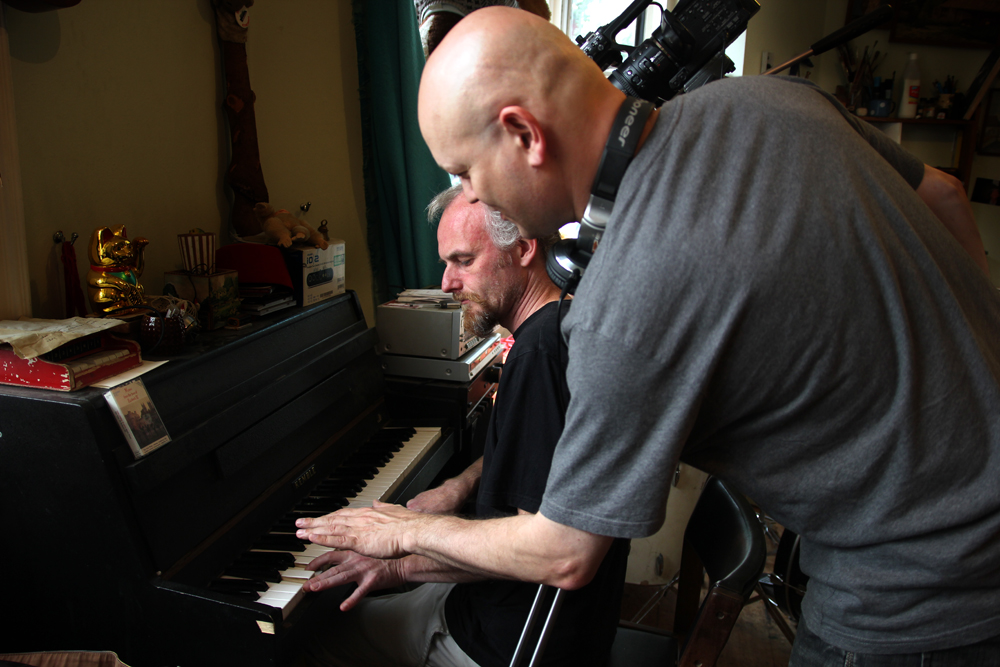 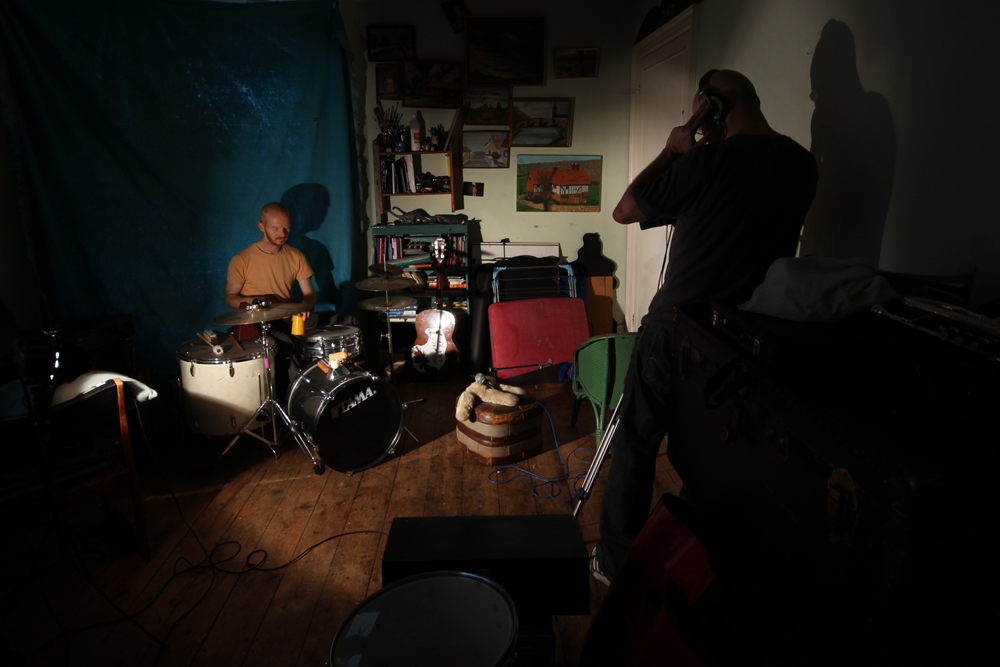 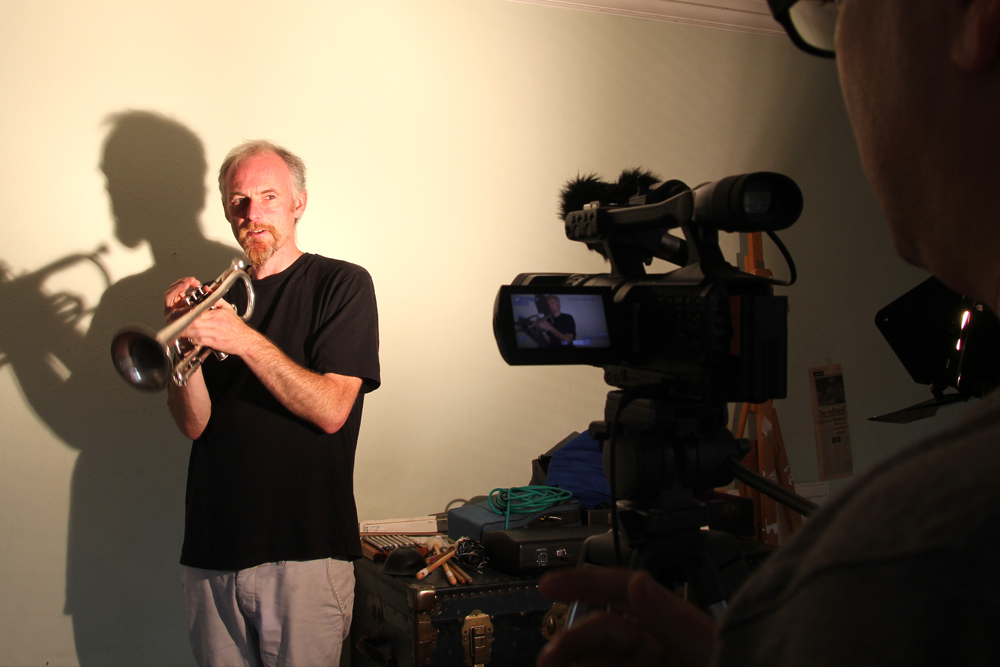 Continuing the search for interesting musical sounds, we headed to Brighton to record Alistair Strachan and Iain Paxon from the band Hamilton Yarns. Known for their variety of prog-folk, the pair often play instruments in the most unusual way and experiment with objects to create soundscapes and experimental music.  Both are multi-instrumentalists and for the recording session Alistair played the melodica, the piano, some interesting percussion from the Caribbean islands and his main instrument the cornet – a very similar instrument to a trumpet. Iain played drums and other percussive objects, as well as the piano.

They’ve released music on Willkommen Records and on their own label Hark.  Their album Calm Down Grandad was described by The Wire magazine as “beautifully layered, free-breathing electroacoustic pop” and “the use of environmental sound is inspired”.  In 2012, they released a ‘best-of’ album, celebrating their 10th anniversary.  They regularly play in Brighton, in all sorts of interesting venues, but also at festivals across the country, including at London’s Barbican Arts Centre during the Contemporary Folk Archive exhibition.  For more info, head over to: www.hamiltonyarns.co.uk