After just over a week in the Indonesian city of Solo – aka Surakarta – working with Indonesian artist Tesla Manaf as part of the British Council’s Connections Through Culture initiative, we travelled on a 10 hour over night train to Bandung. While in the city, as well as meeting up with the British Council, Tesla also arranged a recording session with the supremely talented multi-instrumentalist Manshur Praditya who plays (and built his own) Angklung.

The instrument is made from bamboo and its name derives from the ‘klung’ sound it makes when the bamboo poles are shaken.  In 2010, UNESCO recognised the instrument as a ‘Masterpiece of the Oral and Intangible Heritage of Humanity‘ and encouraged the Indonesian government to promote performances, safeguard and encourage craftsmanship of the Angklung. Whilst being a very traditional Indonesian instrument normally played by holding it and shaking the upright poles, Manshur has completely re-designed, adapted and modified his own Angklung so it’s played by pressing keys, in a similar method to a piano. Ingenious musical engineering! 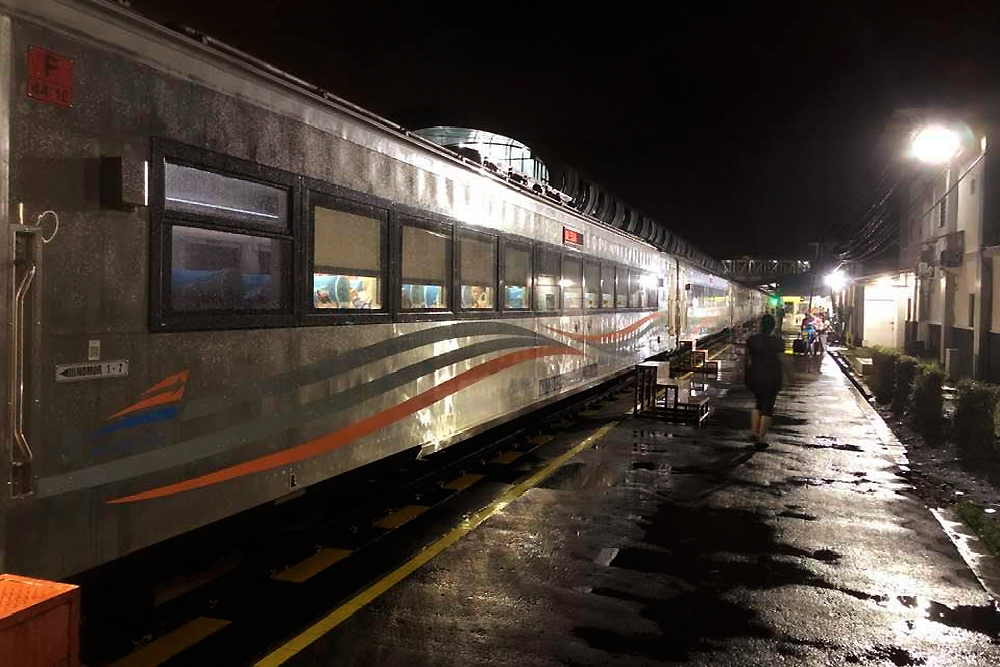 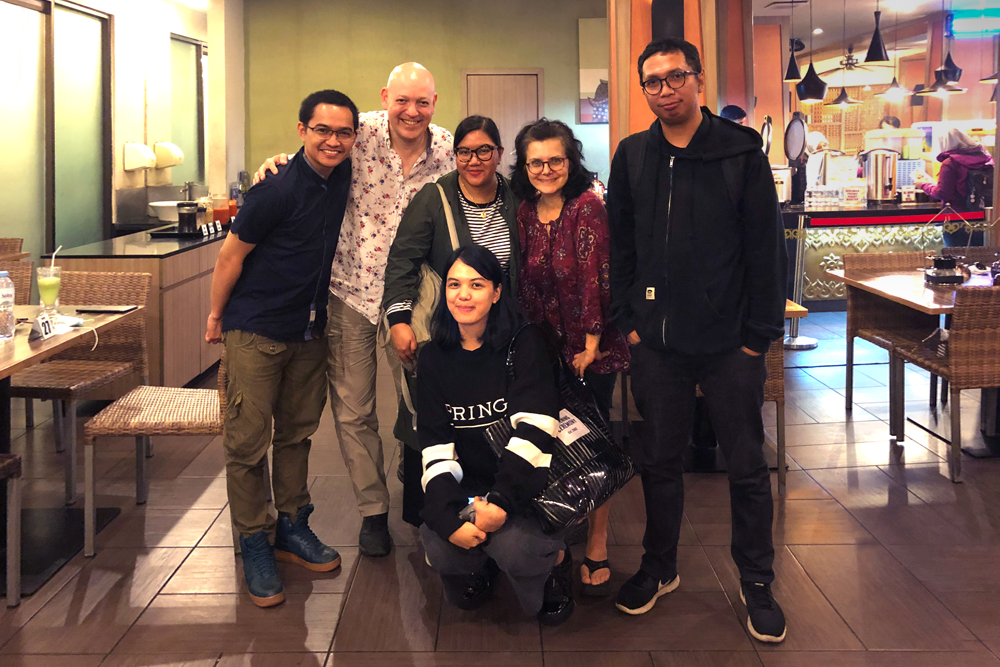 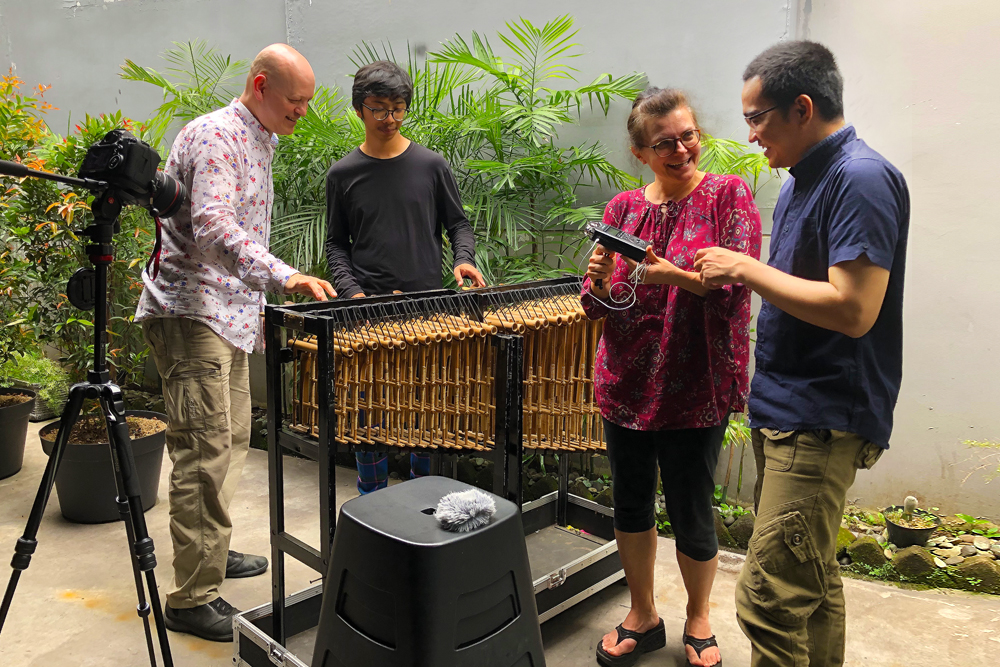 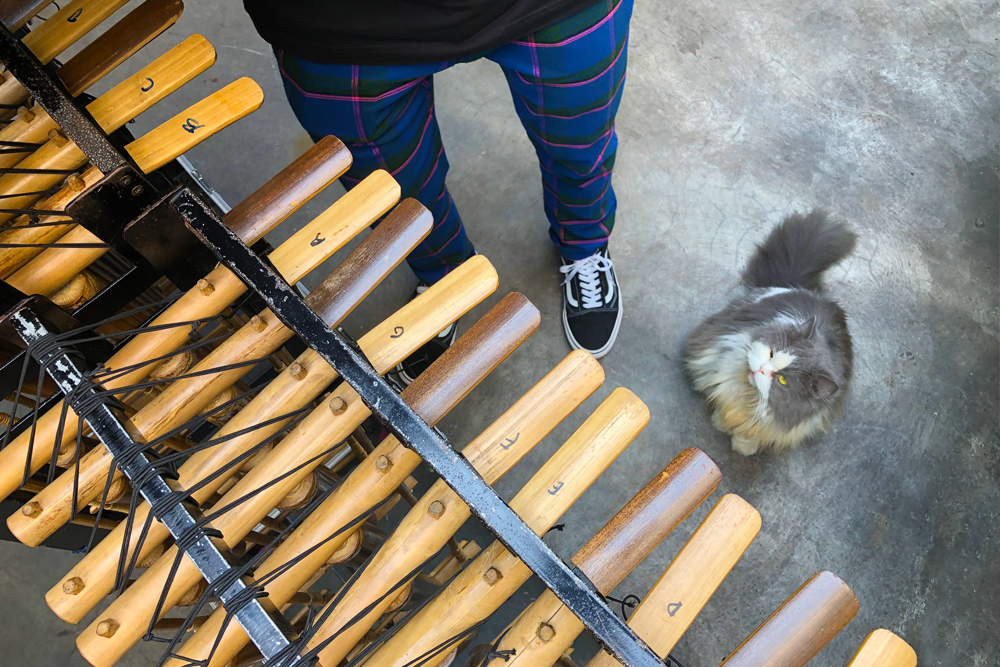 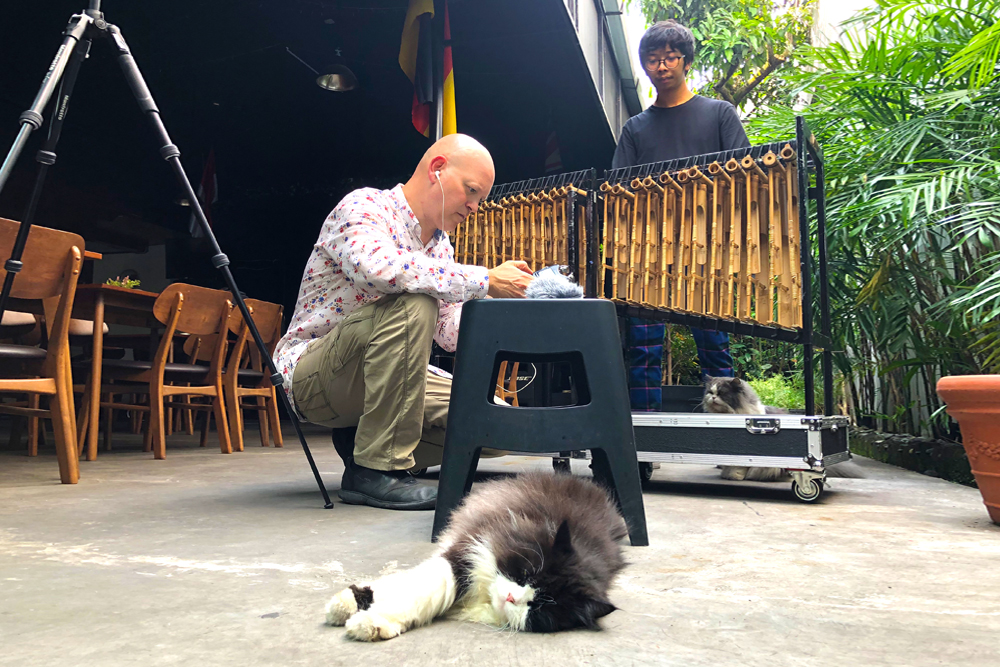 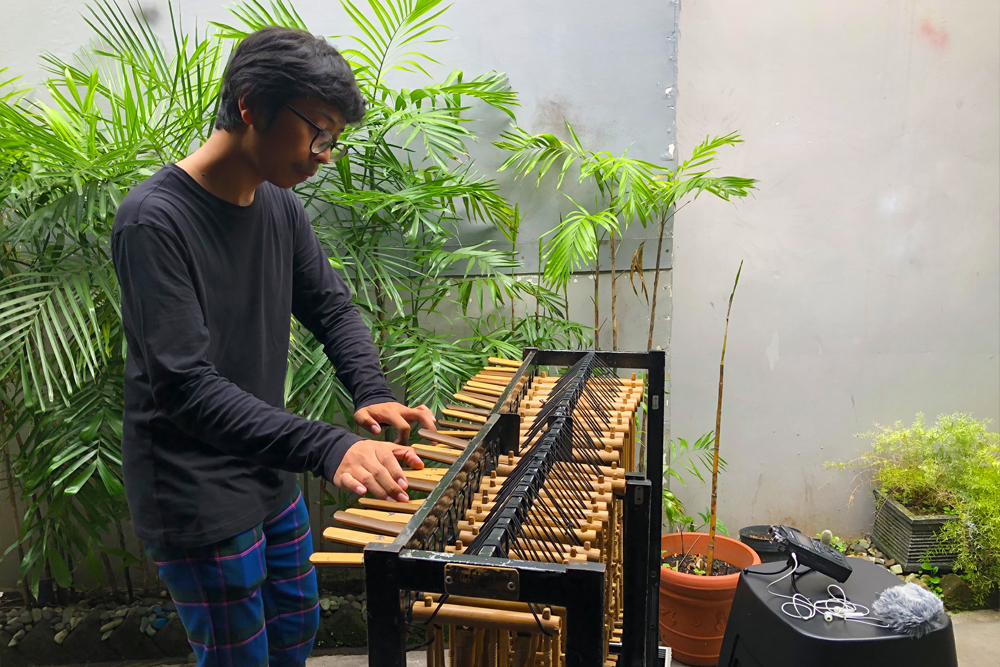 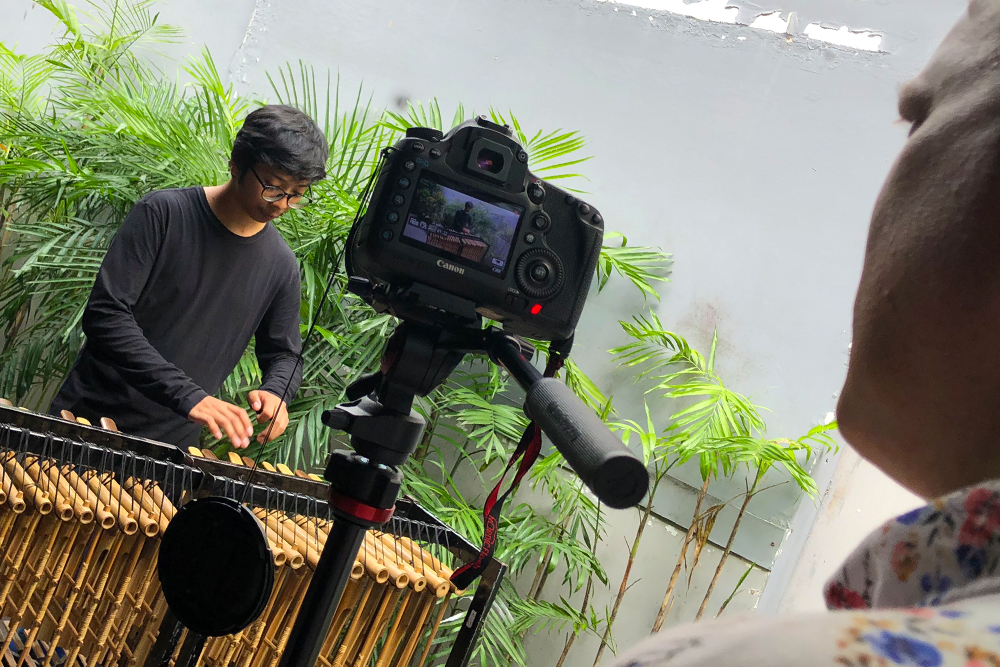 Like many of the other musicians we recorded in Indonesia, Manshur learned to play a number of instruments while at school, learning kendang drum, bamboo suling flute, kacapi and gamelan.  He graduated from Institut Seni Budaya Indonesia (Institute of the Arts & Culture Indonesia), where he majored in Angklung.  And while there as part of his research and study, he developed all his ideas to take Angklung “to the next level” as he put it, and to a wider audience, something he’s definitely achieved by performing live on Indonesian television talent show Go Kill – see the clip here. And taking the instrument to a wider and younger audience, as seen in the clip, Manshur regularly performs with his Angklung alongside DJs.

With big thanks to Tesla for the introduction.