In a week of meeting so many great musicians in Surakarta (the Indonesian city known locally as Solo) and hearing so much about the ISI – Institut Seni Indonesia (Institute of the Arts Indonesia in Surakarta), where so many of those we recorded had studied, it was great when we actually had the opportunity to visit and record a section of gamelan there.

So one evening Indonesian artist Tesla Manaf, who we’re working with as part of the British Council’s Connections Through Culture programme, introduced us to ISI lecturer Mukhlis Anton Nugroho, who allowed us to attend a gamelan rehearsal of his students. 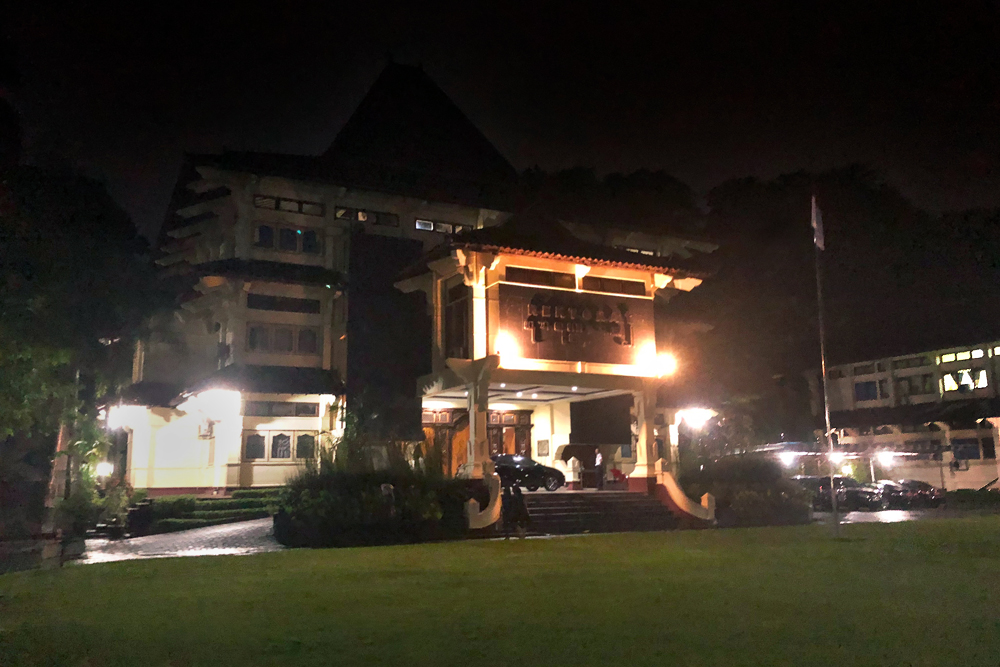 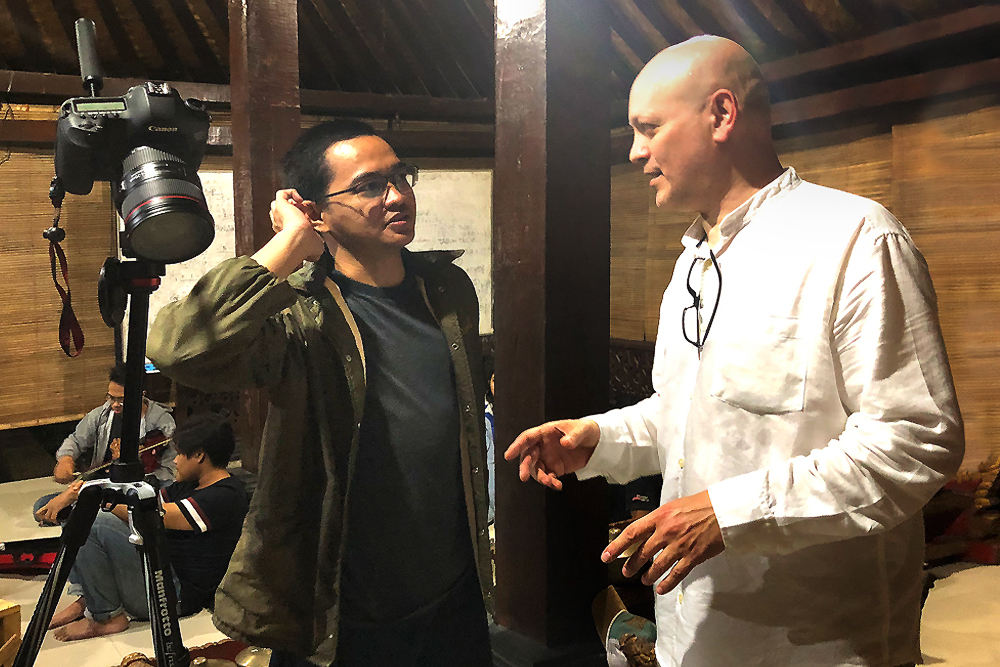 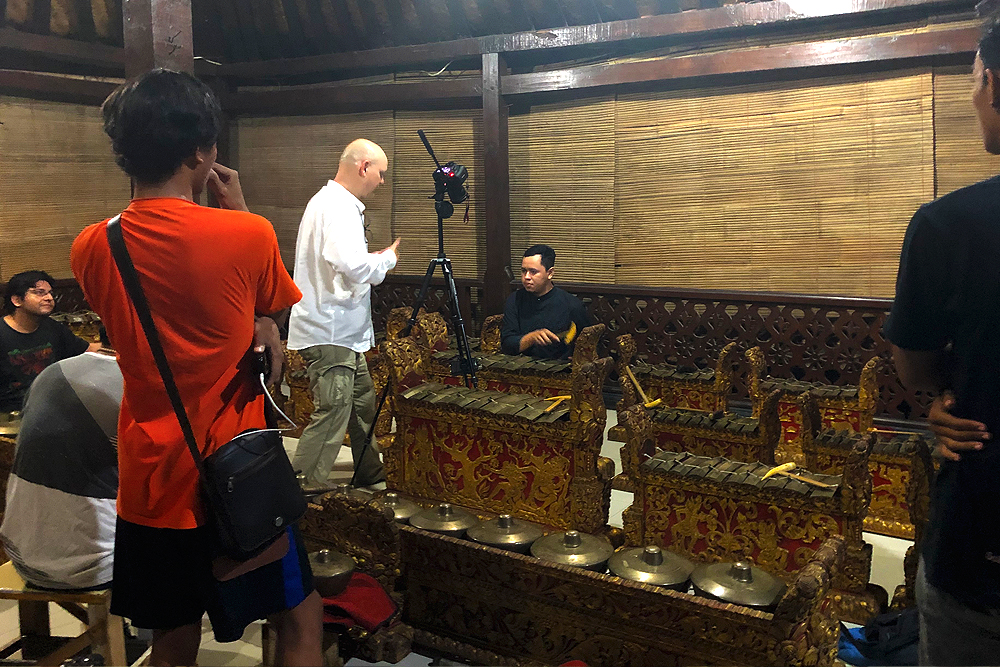 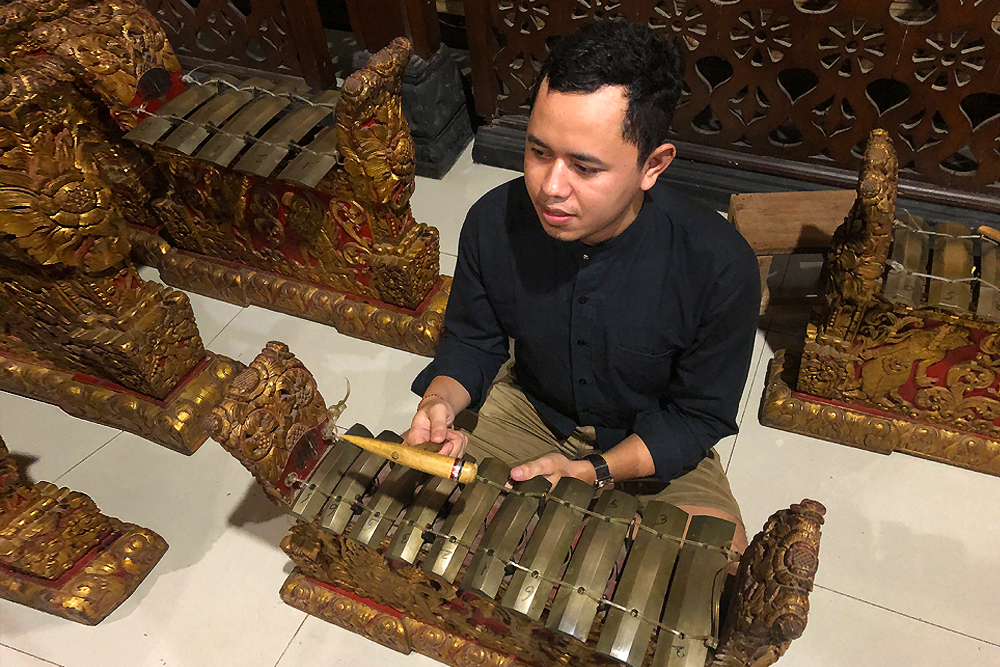 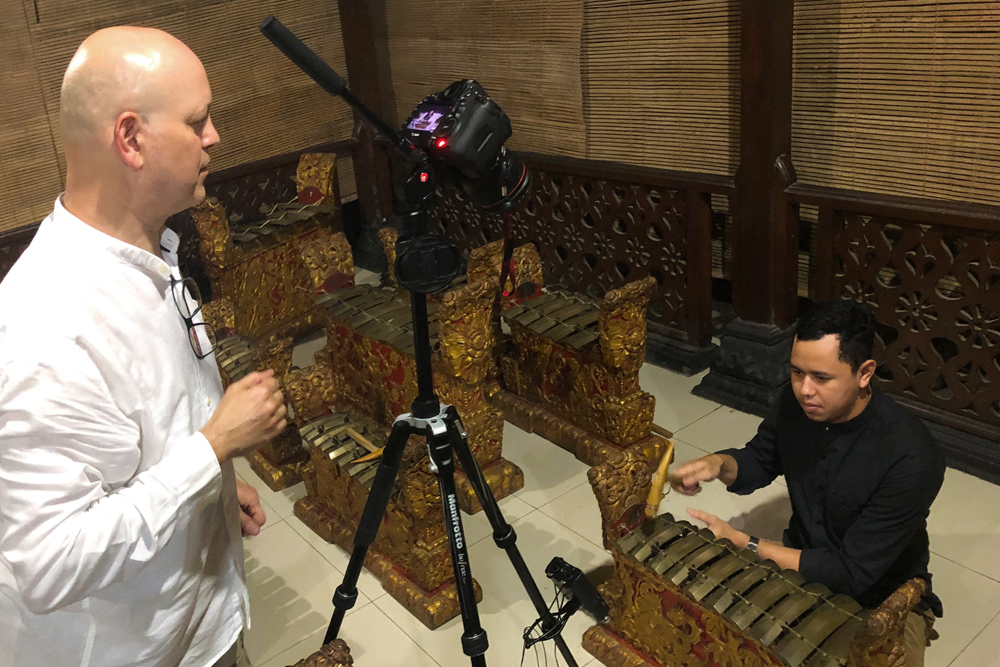 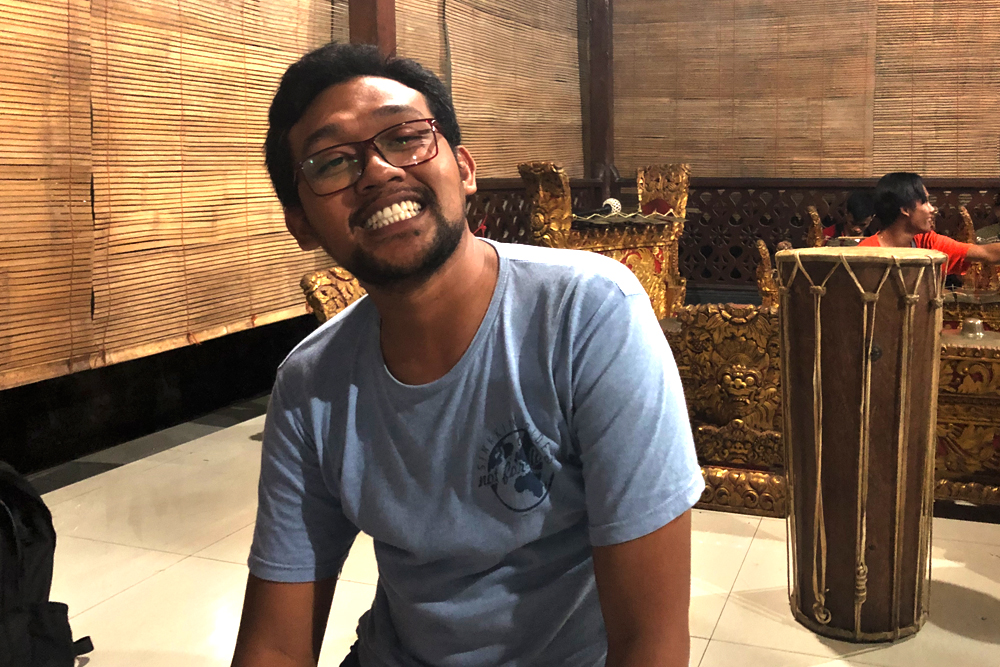 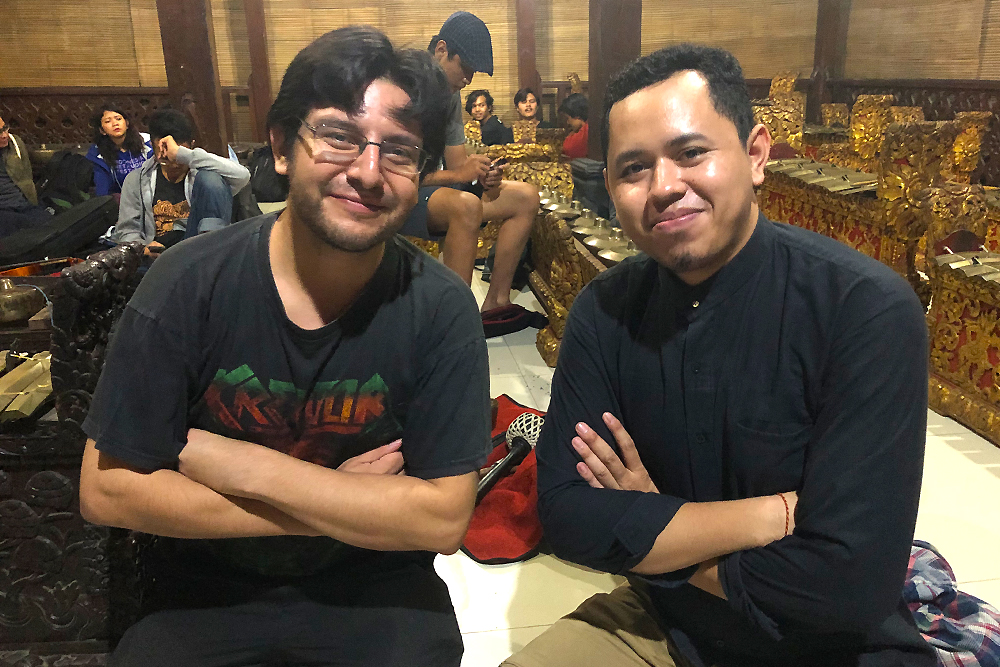 We were introduced to Komang Kusuma Adi, an ethnomusicology student originally from Bali, who performs as part of world-music-jazz-rock hybrid band Smara Tantra.  He was brought up in a musical family and actually plays all instruments that are part of a Balinese gamelan, in fact his first performed in public when he was only 10 years old, playing gong as part of an ensemble.  He studied Karawitan (classical gamelan music and performance) at school and later did his bachelors degree in the same subject at ISI Denpasar – Institute of the Arts Indonesia in Denpasar, Bali.  He’s now, this year, finishing his masters degree at ISI Surakarta, focusing on traditional Indonesian music and often acts as group leader for the other students.  In fact, with his fellow student Leon Gilberto, originally from Mexico, the pair collaborated in a group called Dewari Swari (Leon also plays classical viola).

It was great to have an insight into the practice methods of the students and a real pleasure to visit and record at the ISI.

With many thanks to Mukhlis Anton Nugroho and Leon Gilberto.