Summer 2017 and we’re halfway through the Orchestra of Samples tour!  So time to round up some of the interviews and album reviews over recent weeks.

Having kicked-off the tour in Hull as part of Hull – City of Culture 2017, here’s us on local BBC radio making fools of ourselves…

Tracks from the album have recieved a healthy dose of airplay on the BBC, particularly BBC 6 Music on shows from both Don Letts and Tom Robinson.  And BBC Radio 3 programme World on 3 with Kathryn Tickell also took a shine to our track Kora Borealis – in fact BBC Music keep an artists page when tracks get airplay (listing the last show they were on) which is good and always worth checking here.  Lots of independant radio, streaming sites and DAB too, including New Model Radio (we were album of the week), Chris Greenwood‘s Global Glitch on Mi-Soul radio, Gilles Peterson‘s Worldwide FM and The Slow Music Movement have also been playing tracks.

Separately, but while on a sort-of BBC theme, our tour took in Sheffield as part of BBC Music Day at the city’s Yellow Arch Studios, here’s an interview with local Now Then Magazine on their Opus Independents site.  In Norwich we made the cover of local what’s on magazine Outline, with a two-page interview inside, click here to open a scanned PDF. 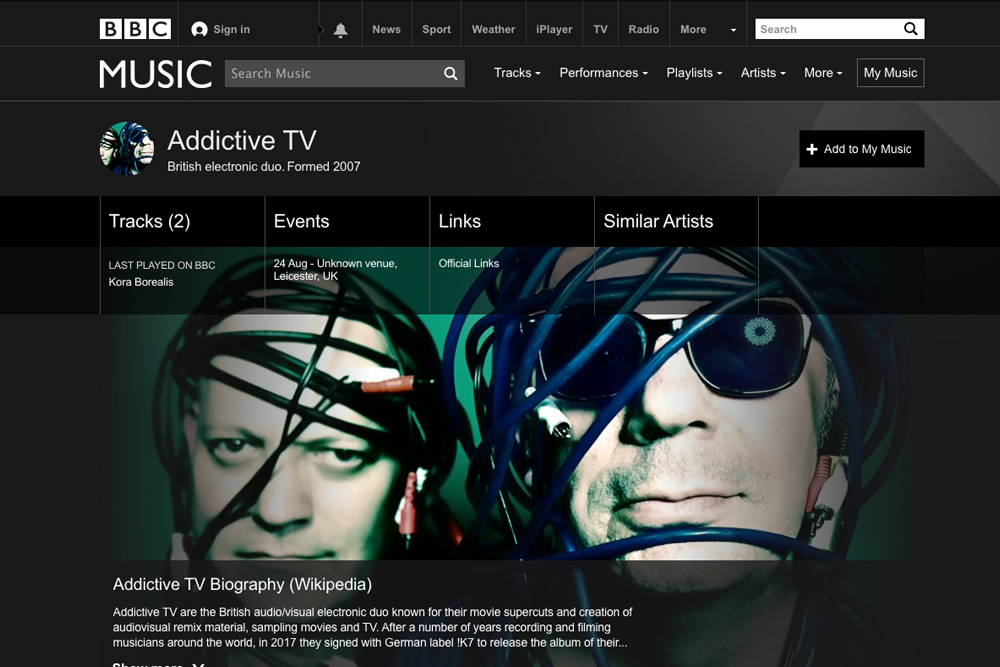 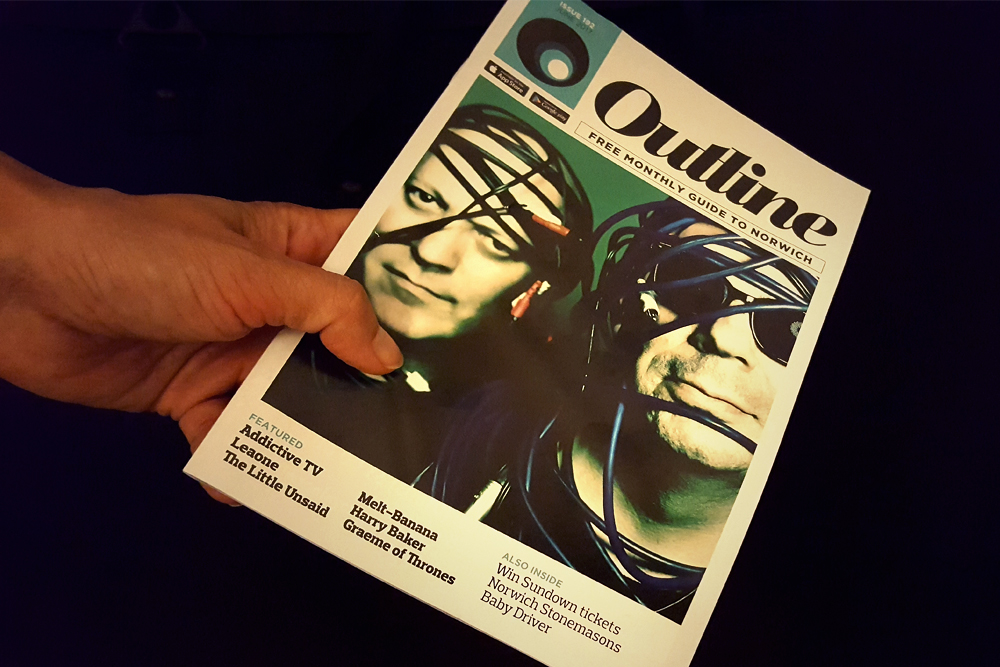 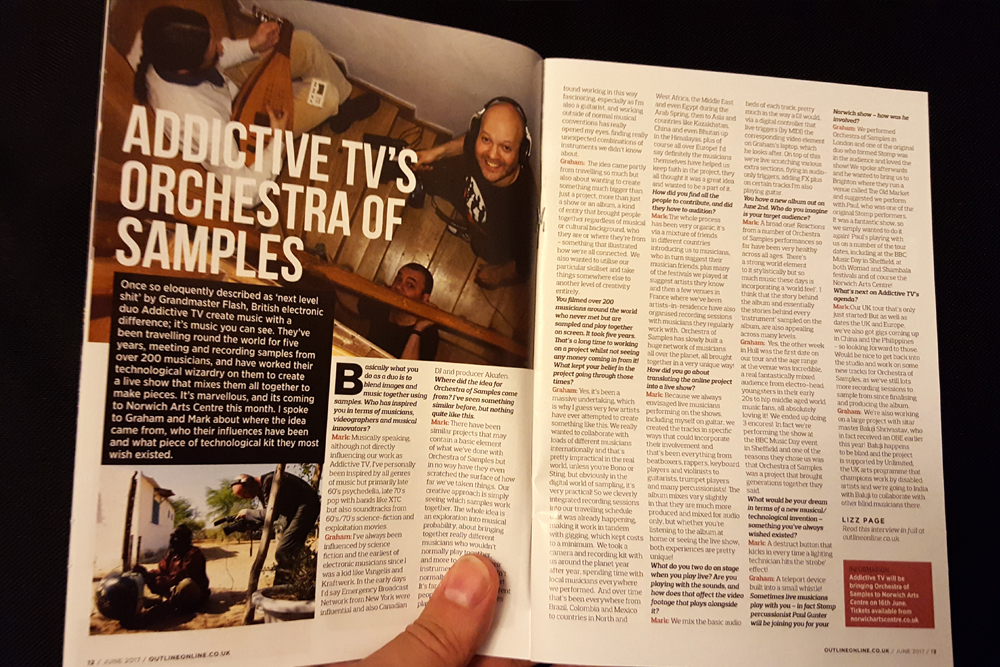 “one of the best and most inventive electronic albums you’re going to hear this year” – Acid Ted, well, you can’t get much better than that! Big thanks to the Acid Ted review site, full review here

Wonderful album review in Northern Sky Magazine here, again lovely quotes like “richly rewarding on repeated listens” and “like the best albums do, it leaves you with a list of musicians and performers to investigate“.  And its last couple of lines are a great sum up “As a massive sonic collage, that manages to simultaneously celebrate differences and commonality, then if anything deserves, for the size of what it attempts to encompass, the repurposed term World Music, then Orchestra of Samples does.  Listen to this album and rejoice…    …listen to the gloriously connected music, made from cultural and geographical counterpoints and marvel at how seamless it is all is.”

Great quotes from music store Banquet “the Orchestra Of Samples album is a great triumph” and “as inspiring as it is enchanting” – thanks guys, full review here.