While still in the Brazilian capital for our performance at Celebrar Brasilia we met up with poet, graphic designer, painter, cultural activist and all-round wonder woman Marina Mara to record a poetry session with her.  Marina originally studied Art and Technology at the University of Brasília and her work, particularly her multimedia installations, have appeared all over Brazil. Very much part of the literally scene there since the mid-2000’s, she’s taught poetry workshops at literary and art fairs all over the country and released her first solo book last year in 2010.  She campaigns for social inclusion and strives for the popularisation of poetry.

2017 UPDATE NOTE:  Marina released her second book Figuras in 2015, with a forward by hugely influential Tropicália musician Tom Zé (who’s also a big fan of hers!).  In 2017 she released two further books BlasFemin and Professição Poeta.  And in partnership with MediaLab from the University of Brasília she also released PoemApp – an interactive map of Brazilian poetry. 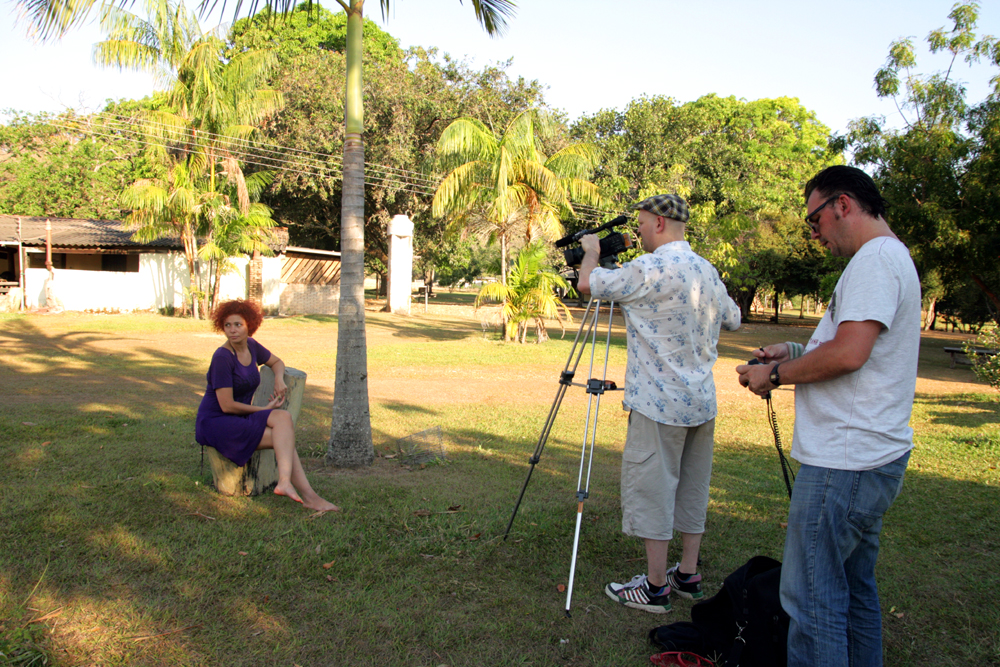 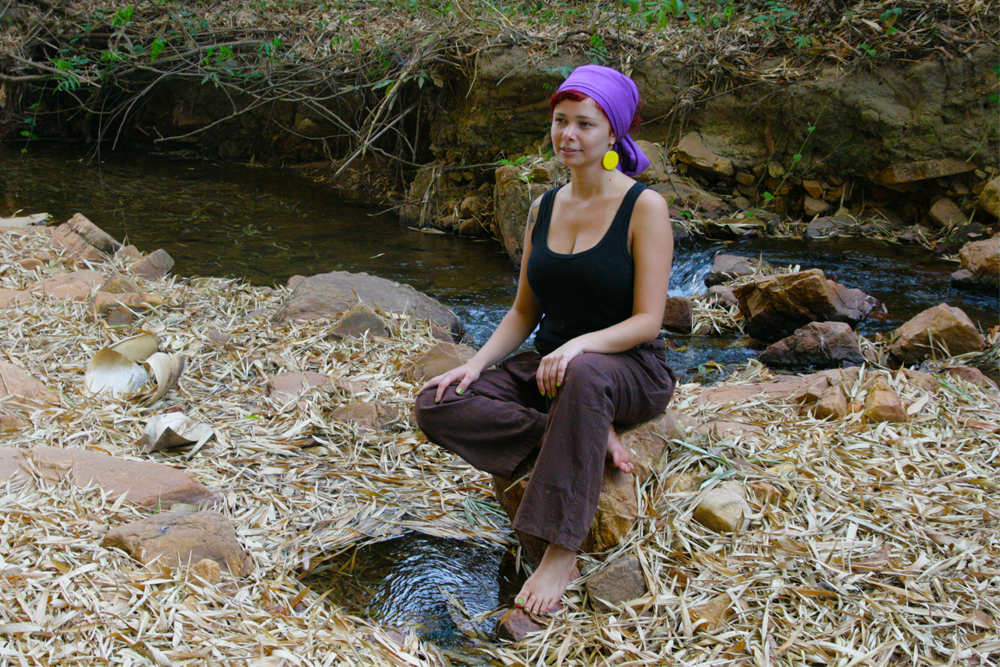 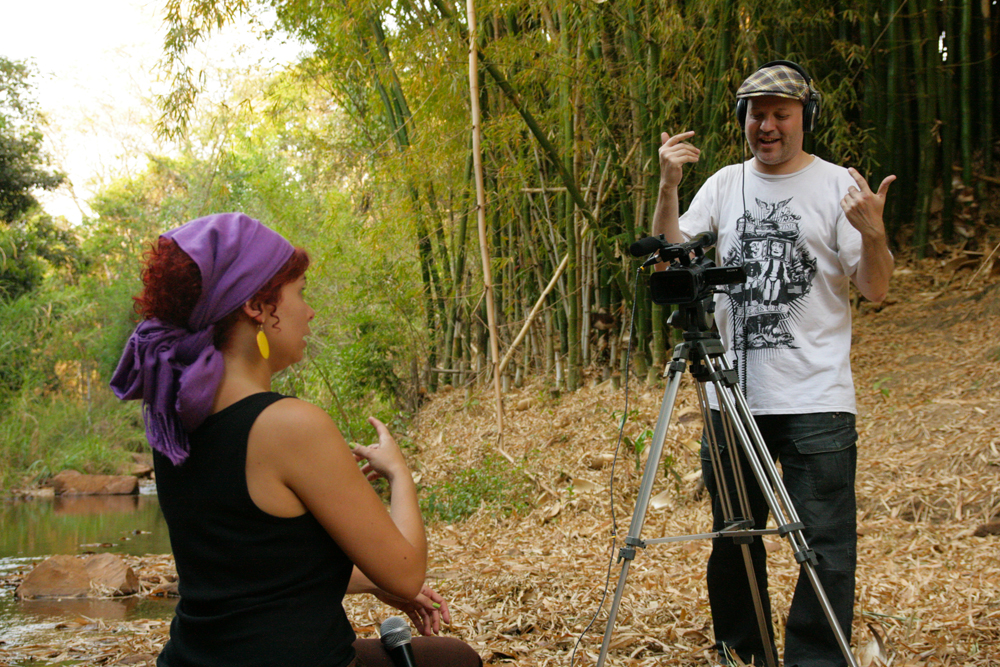 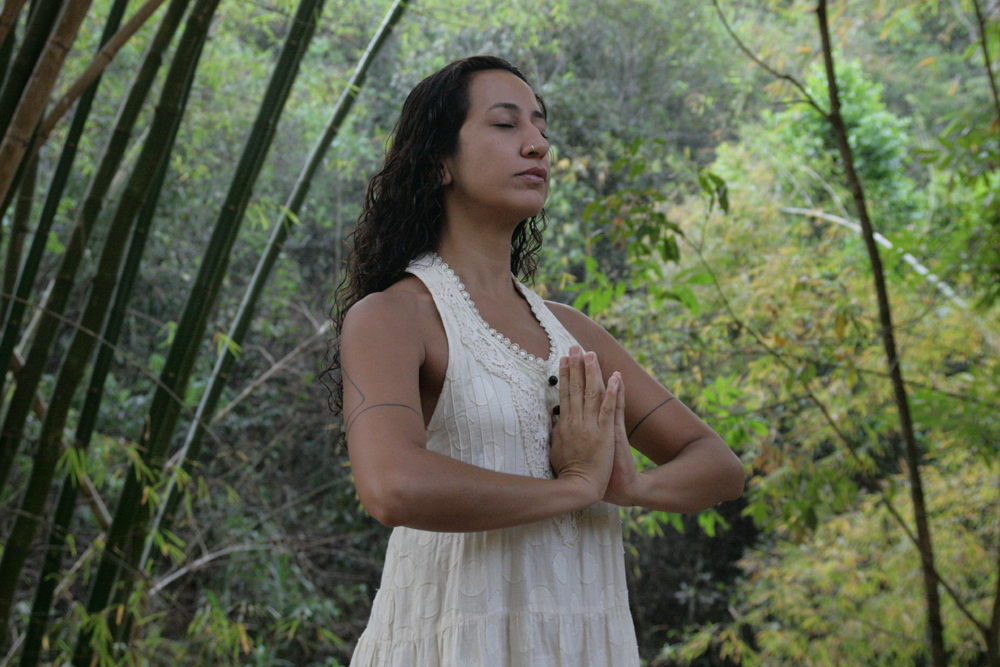 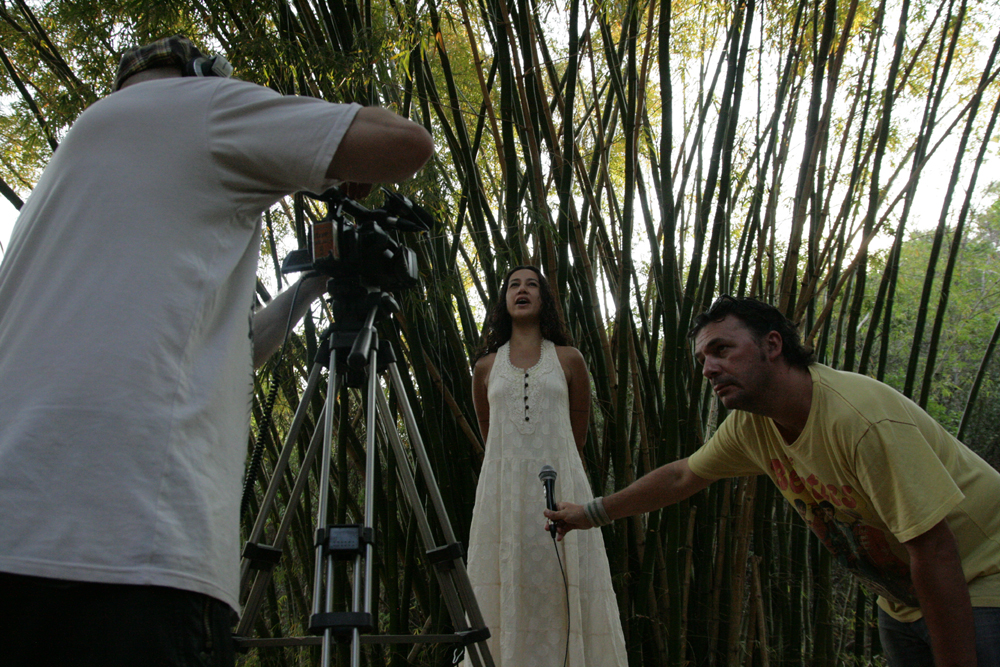 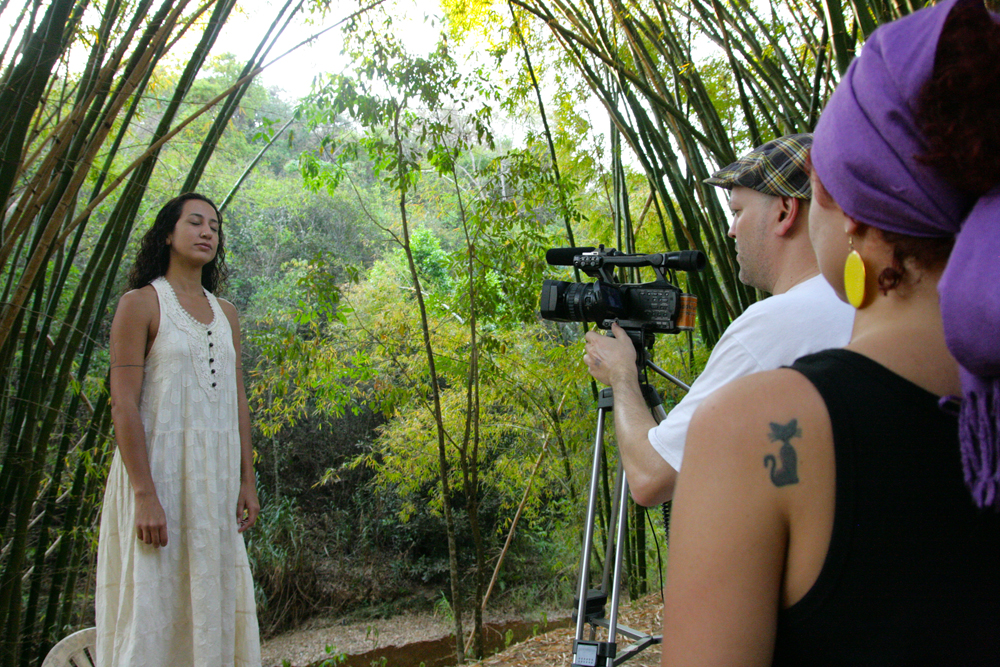 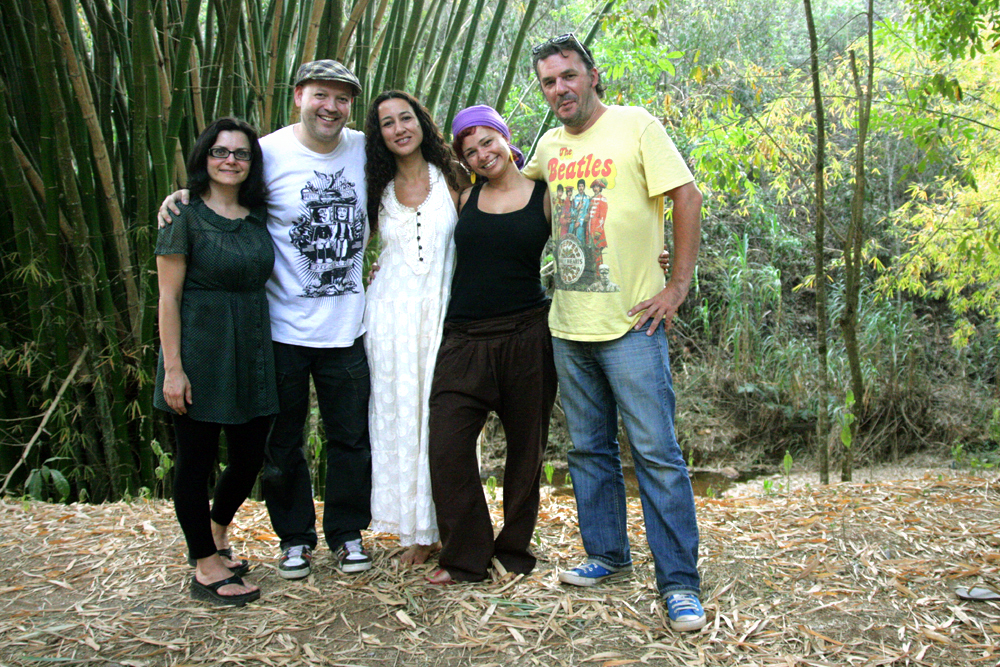 Marina also organised a recording session with her friend, singer and multi-instrumentalist Andréa dos Santos.  Andréa first became known with the Brazilian band Casa de Farinha, who won the Prêmio TIM prize in 2005 but she now pursues a solo career, working with guitarist Gabriel Lourenço, focusing on traditional Brazilian songs – the pair are currently recording a project together called Minha Aldeia – which means “My Village”.  She’s also performed with a great many stars, including legendary Brazilian figures Hermeto Pascoal, Lia de Itamaraca and Selma do Coco.

Andréa invited us to her home on the outskirts of Brasilia to film her in a magical location by a river in bamboo forest.  With her amazing and powerful voice, she sung a traditional song to the ancient Gods, explaining she often travels to the Amazon region.