July 2015 and we headed to Poland to perform Orchestra of Samples at the Visegrad Wave Festival, which is also known as Festiwal Z Wiejskiego Podwórza (and roughly translates as the countryside or rural yard festival).  It takes place in the beautiful town of Czeremcha in Eastern Poland, in the Podlasie region near the border with Belarus and not far from Ukraine.  The festival, a mixture of arts, folk and world music was set up in 1996 by members of the Polish band Czeremszyna, who still run the festival today and members of who we recorded and filmed for Orchestra of Samples.  Krzysztof Sawicki (below), one of the band members, also performed with us on the show. 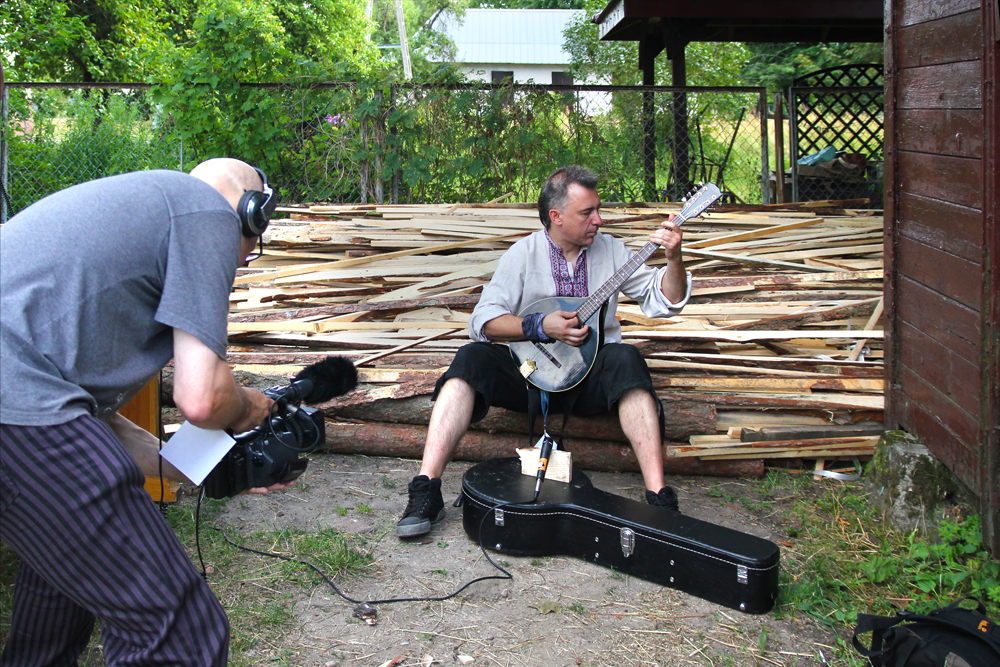 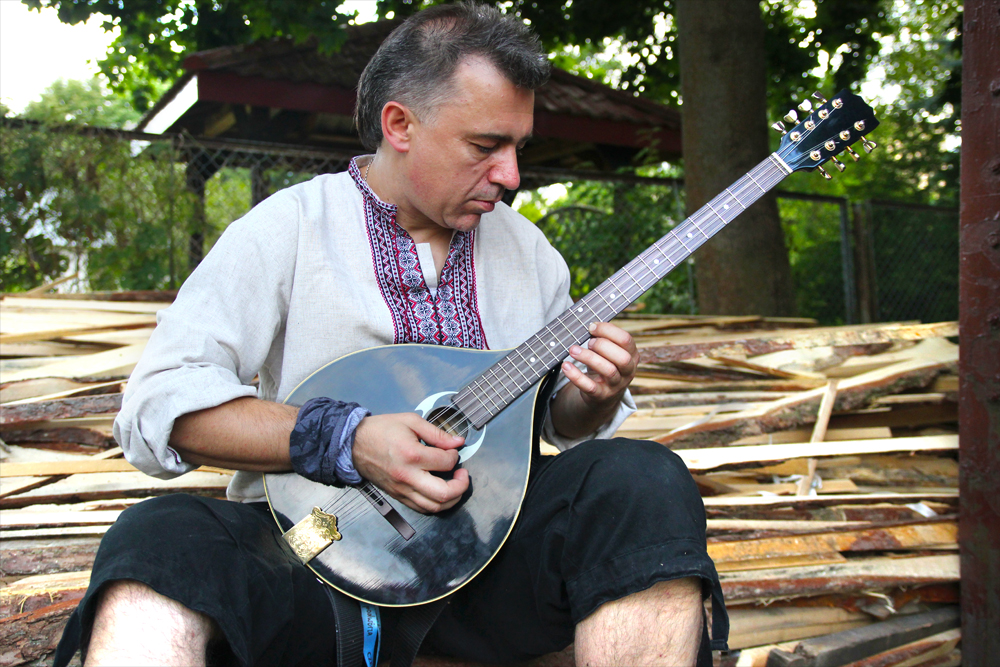 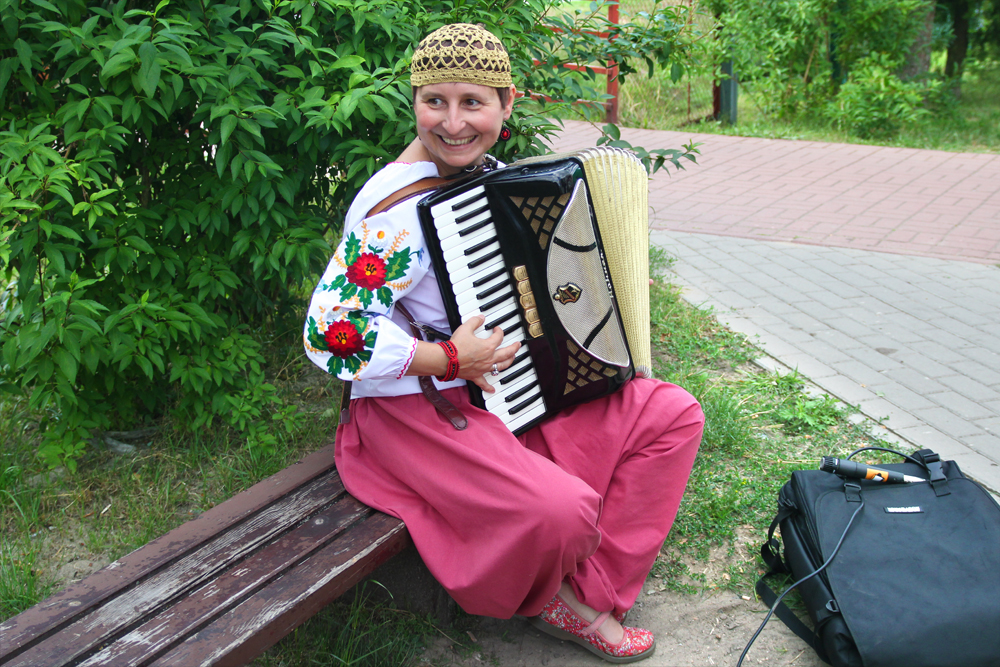 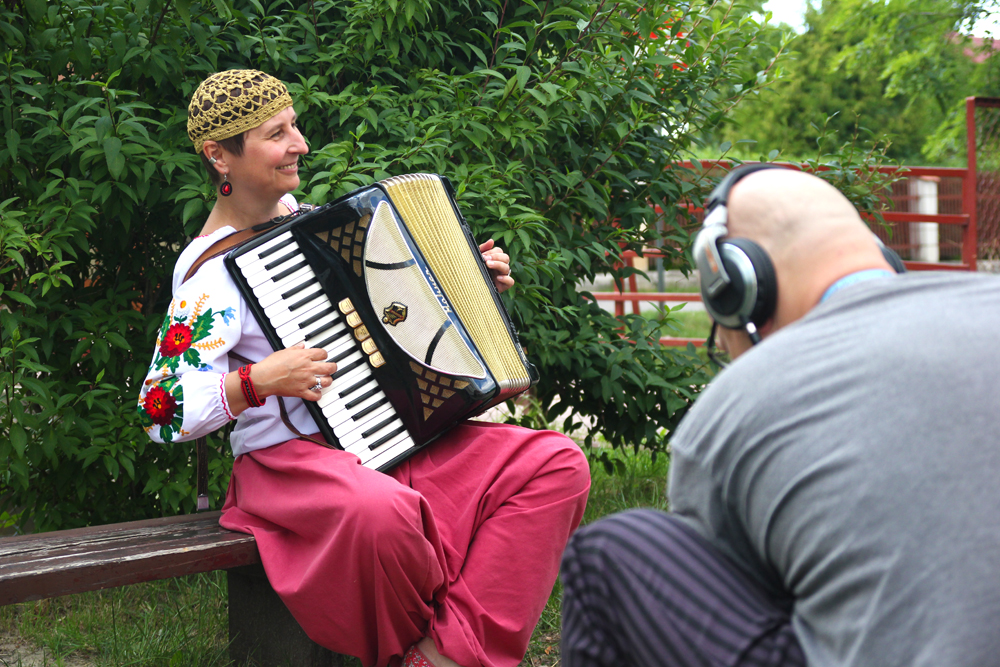 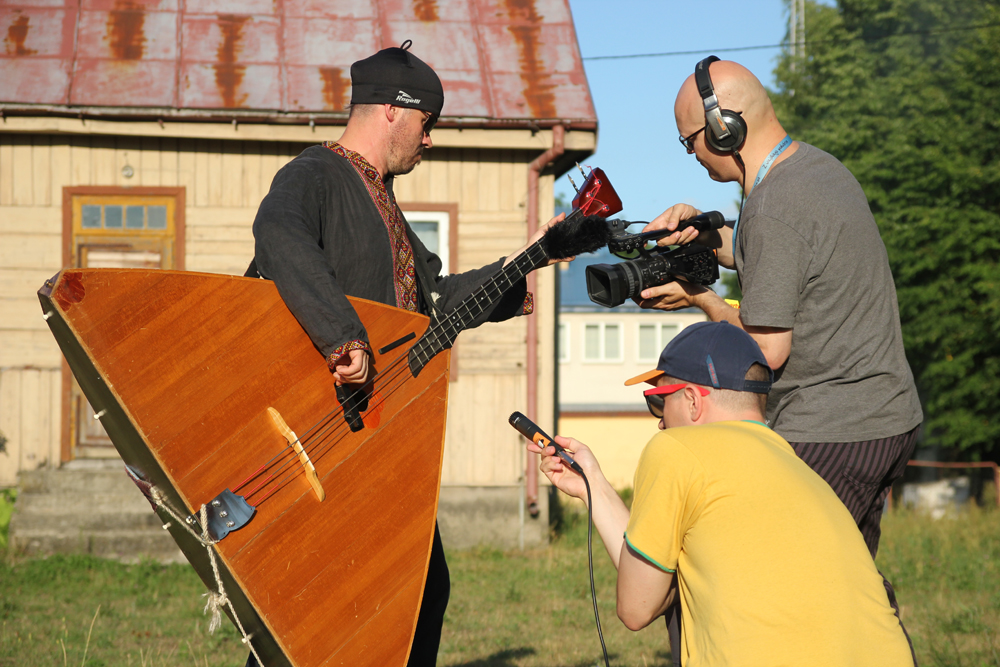 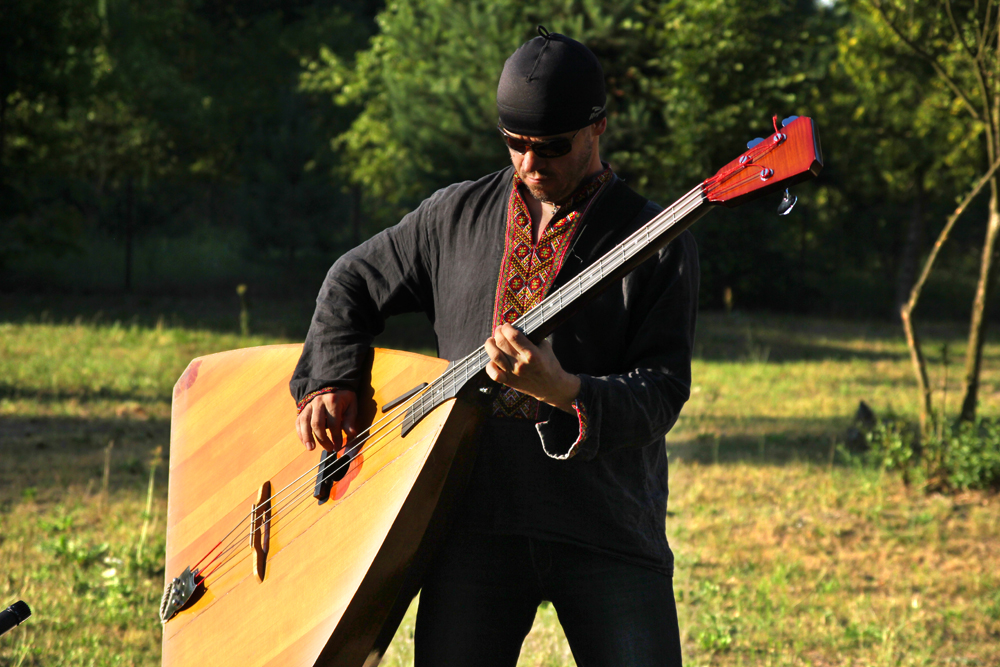 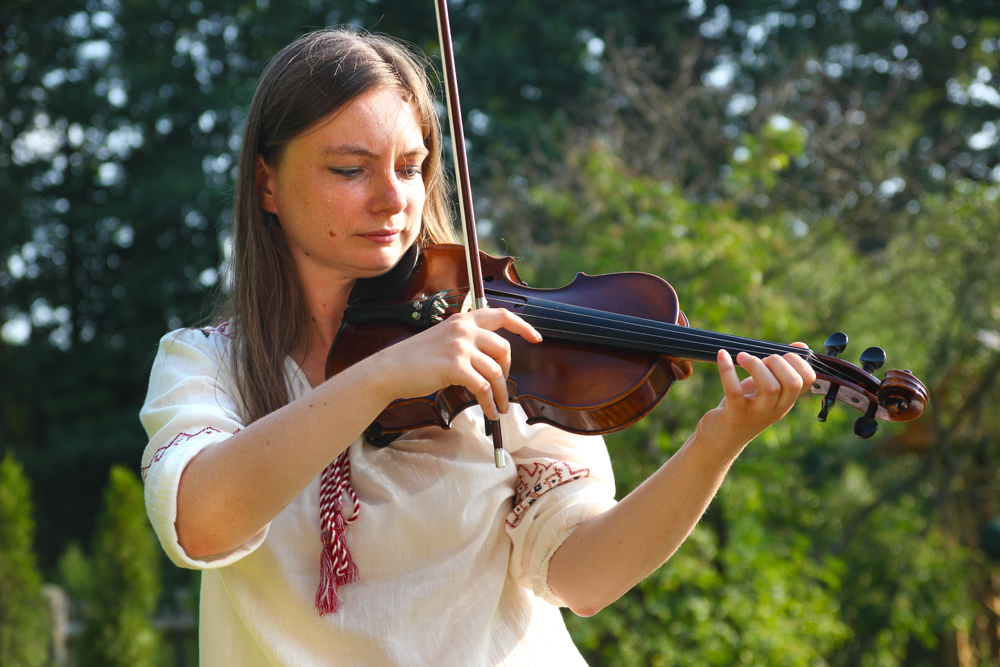 The band Czeremszyna are inspired by the local Slavic folklore from the Podlasie region, where many cross-border cultures blend nicely – particularly Polish, Belarusian and Ukrainian.  They’re primarily folk based and their instruments include accordion, bass balalaika, dulcimer, percussion, mandolin, violin, Slovak fujara and sopiłki (both flute like instruments).  The band have played right across Europe and even in Nepal, and have released 4 albums, including the 2003 award winning “Hulaj póki czas“.  The group was originally formed by multi-instrumentalist Barbera Kuzub-Samosiuk (above) in 1993 and we recorded her first, playing her preferred weapon of choice, the accordion.

Then in the woods, we recorded Krzysztof Sawicki, playing what he called his Romanian-Irish bouzouki, it’s crisp sound was quite different to a Greek bouzouki.  Then the craziest of instruments, the ridiculously enormous bass balalaika with Mirek Samosiuk.  And we stupidly thought all balalaikas were small mandolin-style instruments – not so!  Look at the photo above – this was HUGE!  And then last to be recorded was more recently joined member Małgorzata Pałubska on violin, a student of the Fryderyk Chopin University of Music in Warsaw.

MASSIVE thanks to Krzysztof Sienkiewicz for organising everythng, what a star!