It’s not often you get the chance to meet actual inventors of musical instruments, so we headed off to France to visit the Baschet studio, just south of Paris.  The famous Baschet Brothers, François and Bernard, both in their 90s, pioneered a completely new way of combining sculpture and sound in the early 1950s.  François was the musician and sculptor while Bernard was an engineer, and together they worked on creating both original installations and inventing new musical instruments. (UPDATE NOTE – six months after this recording, sadly Francois Baschet passed away in February 2014).

Their most known instrument is probably the Cristal Baschet, made from glass rods and played with wet fingers – creating sound in the same way as when you run your finger round the top of a wine glass.  It’s been used by artists including Daft Punk, Jean-Michel Jarre and Damon Albarn (Blur, Gorillaz). 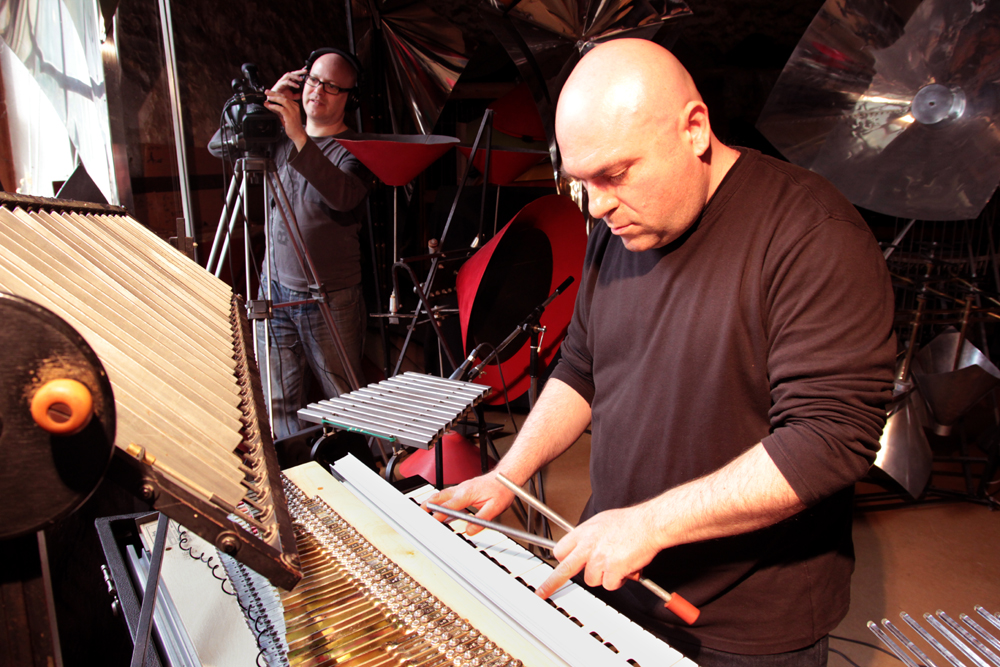 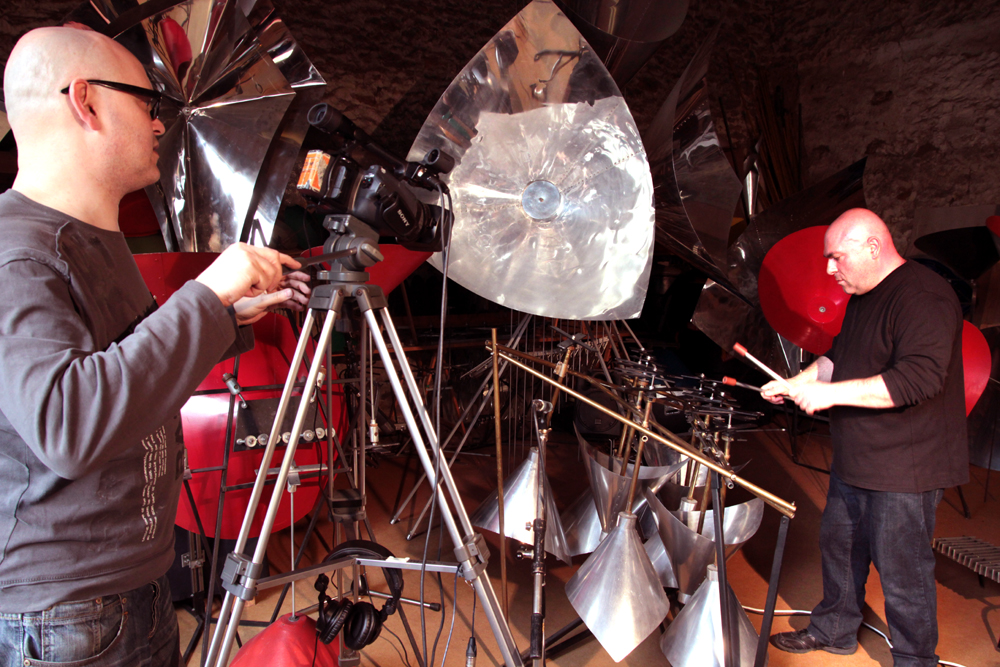 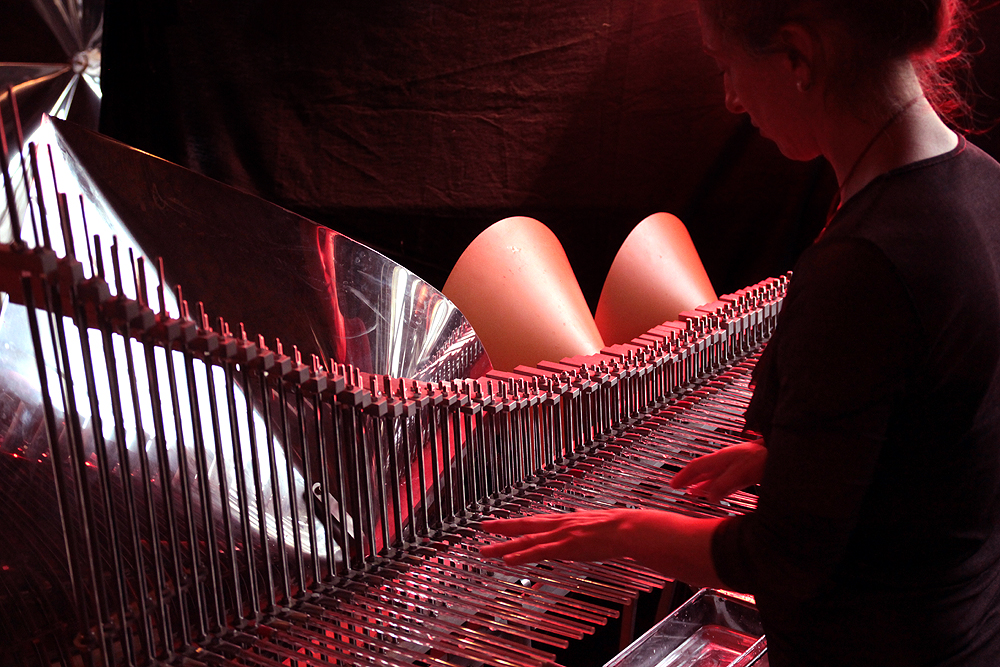 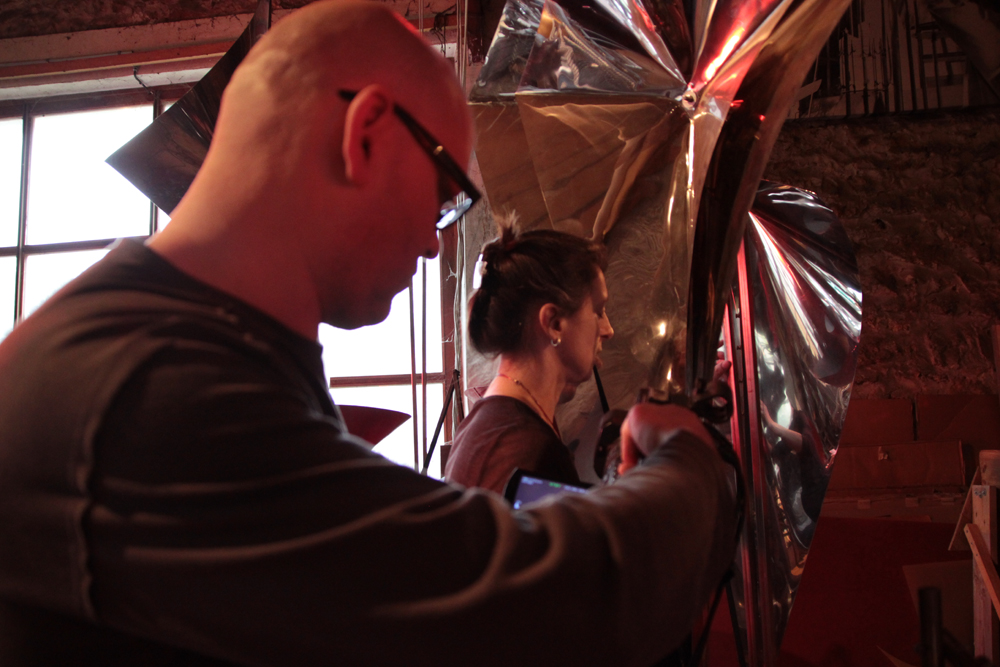 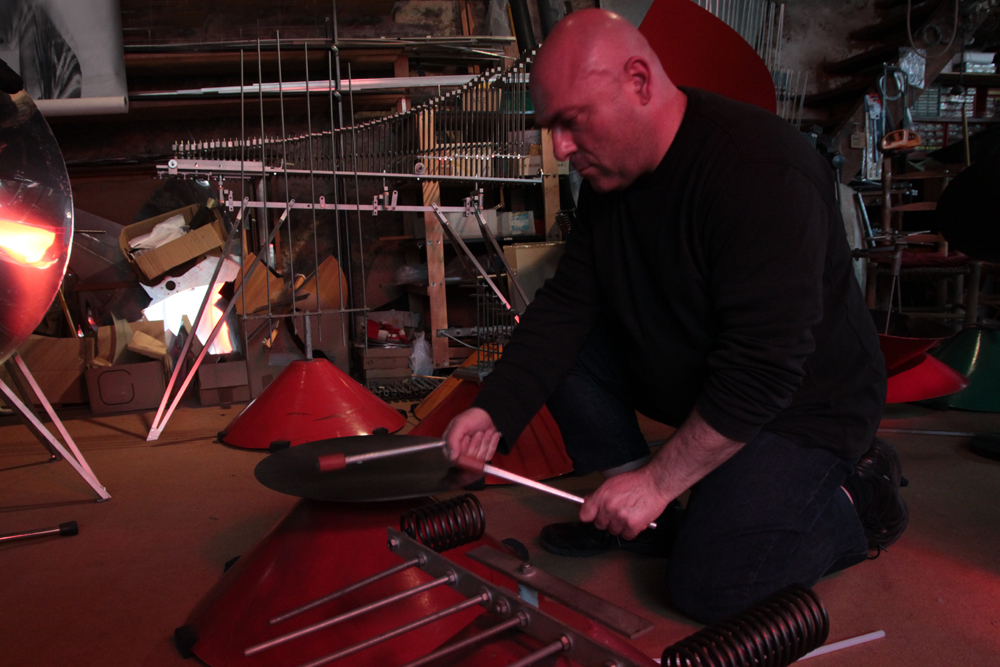 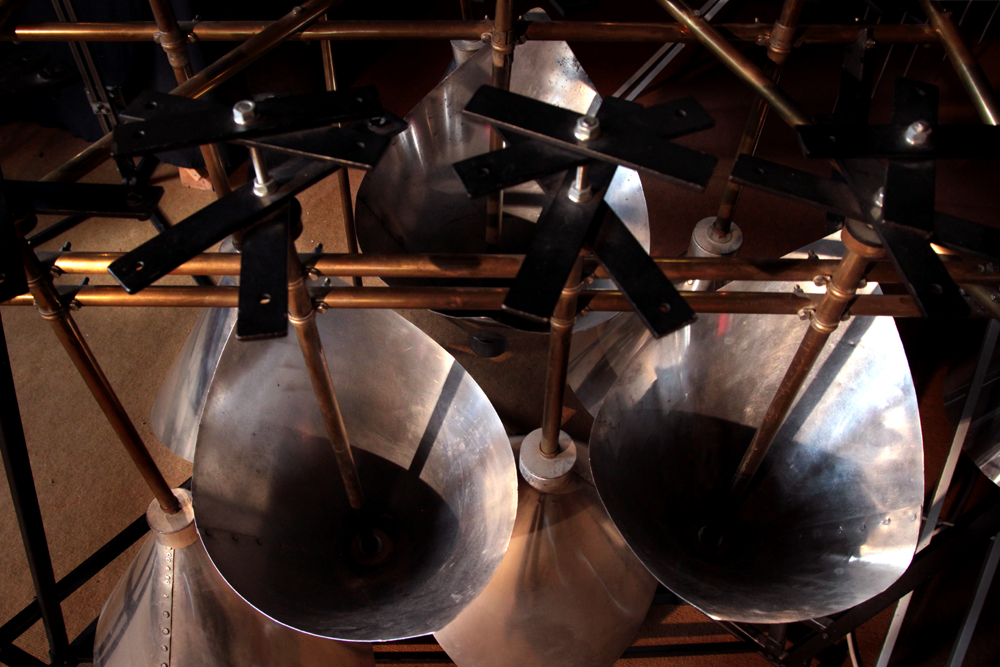 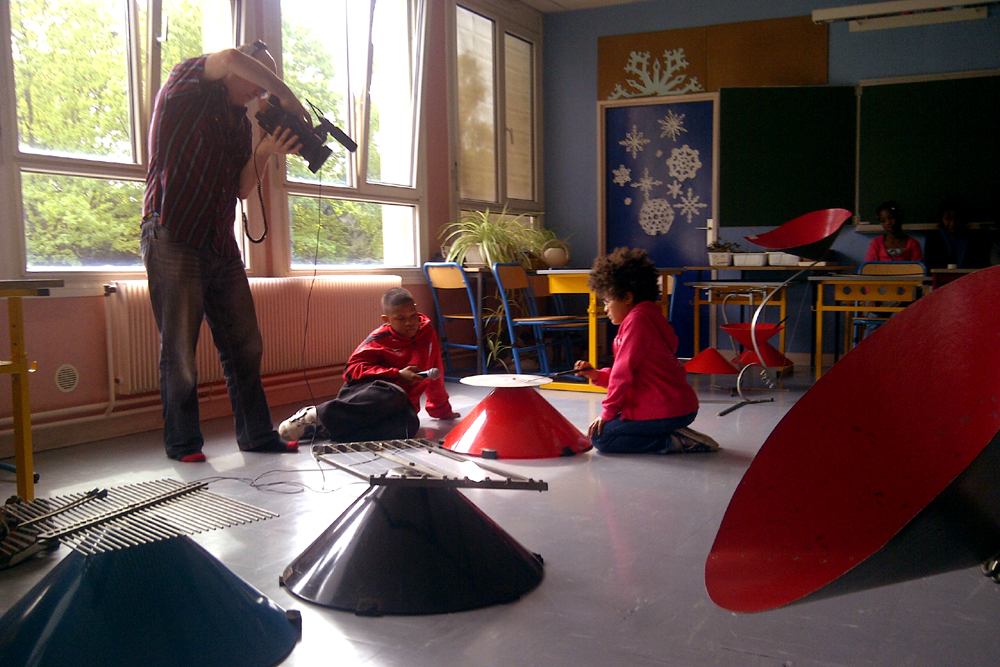 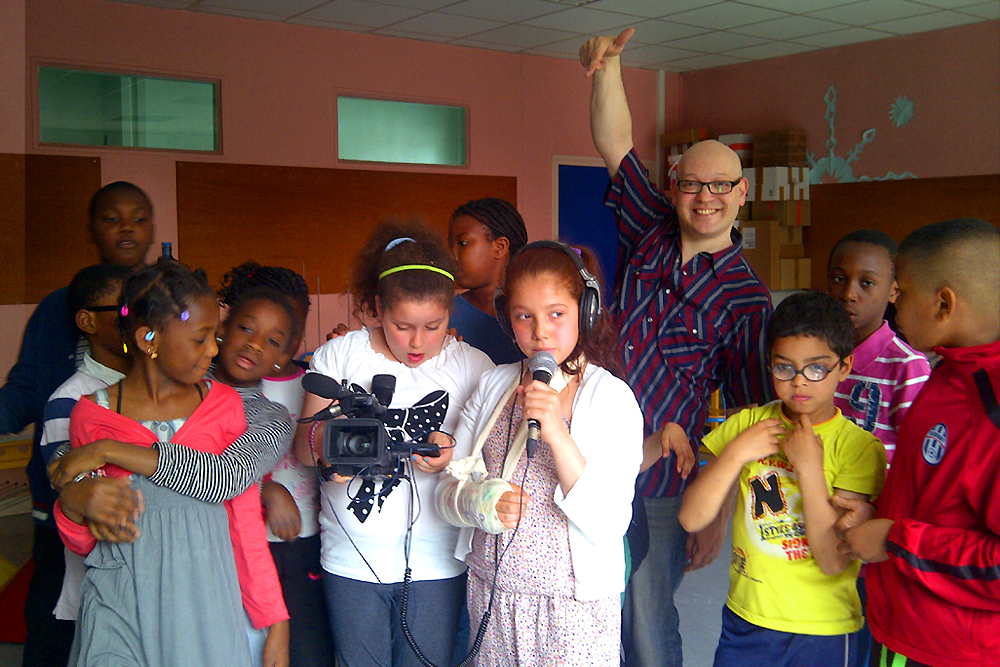 We met with Bernard Baschet and filmed the very versatile musician Francesco Russo, who manages the studio and who played nearly every instrument for us.  (UPDATE NOTE – two years after this recording, in July 2015, two years short of his 100th birthday Bernard Baschet unfortunately also passed away).

We also recorded a session with Catherine Brisset, a Cristal Baschet specialist who’s developed her own technique and a repertoire of experimental compositions. For their live shows, they both usually mix the Cristal Baschet with electronics… fascinating!

The brothers also set-up an “educational instrumentarium“, exposing youngsters to musical concepts.  In fact we also filmed in a local primary school which owned a great collection of Baschet cones, so were able to film enthusiastic kids doing short improvisations.