It was the 1980’s and UK band Wang Chung had their massive hit Dance Hall Days, but outside the UK the band had even greater success in the USA with a string of Top 40 hits. Interestingly, their name means “yellow bell” in Chinese and is the first note in the Chinese classical music scale.

We’ve worked with the guys previously, including last year supporting them on their first London date in over 20 years and also remixing their Dance Hall Days track into a drum ‘n’ bass AV remix – sampling and supercutting the original music video directed by none other than the late art-house film director Derek Jarman (Caravaggio, Blue and many others).

Their close association with film is best exemplified by their score for the 1985 movie To Live and Die in LA, which Oscar winning director William Friedkin specifically sought them out for (Friedkin famously directed The Exorcist and The French Connection for which he won the Oscar in 1972).  Around the same time, the guys also recorded their track Fire in the Twilight for the mega-influential John Hughes film The Breakfast Club.  More recently their music has featured in the hit US zombie series The Walking Dead and the Mark Walberg movie The Fighter.

Along the way, both Jack Hues and Nick Feldman have had their separate projects, including Strictly Inc, with Jack teaming up with Tony Banks of Genesis and the group Promised Land, which Nick formed with Jon Moss of Culture Club.  Our recording session with them included Jack on piano and guitar and Nick on bass guitar and also piano too. 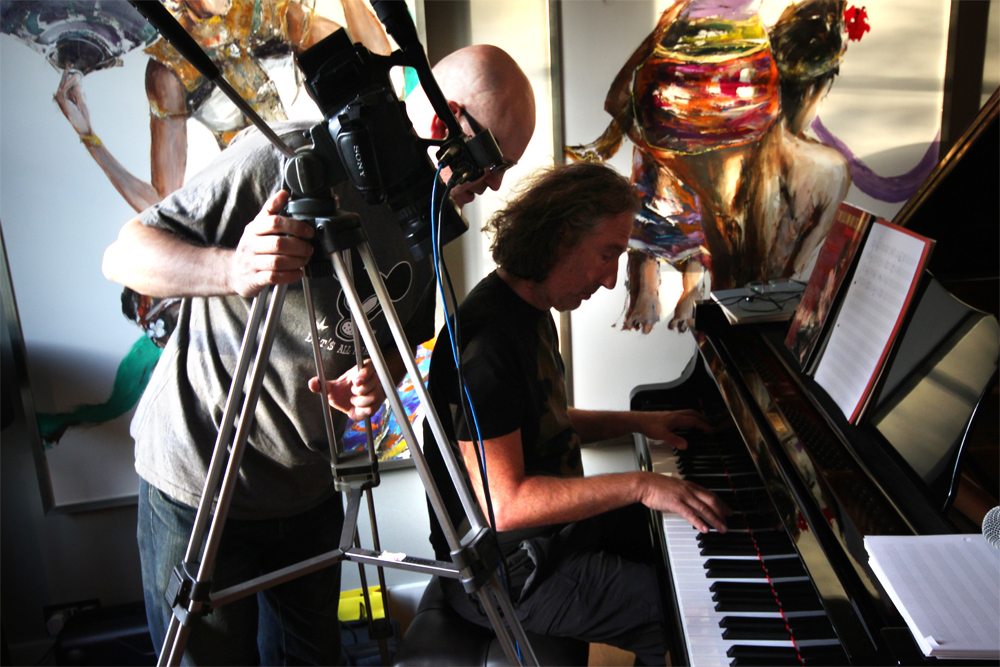 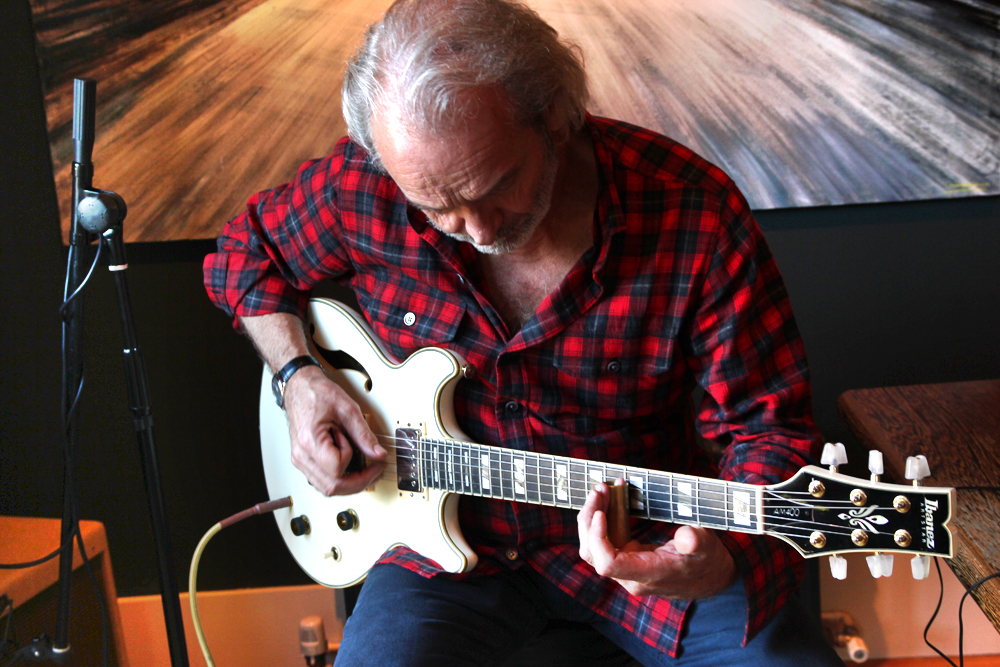 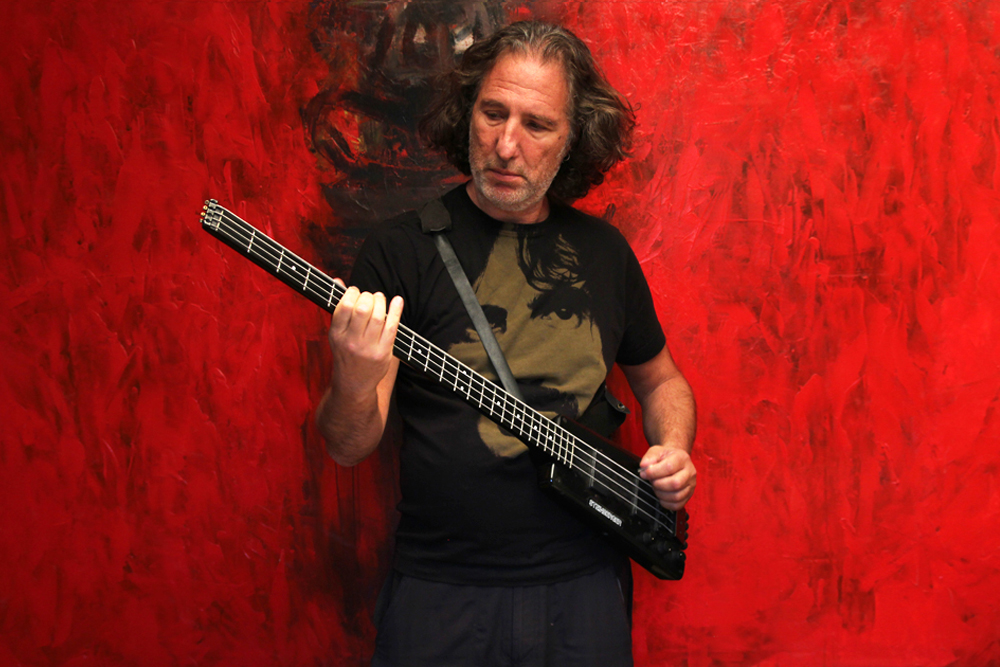 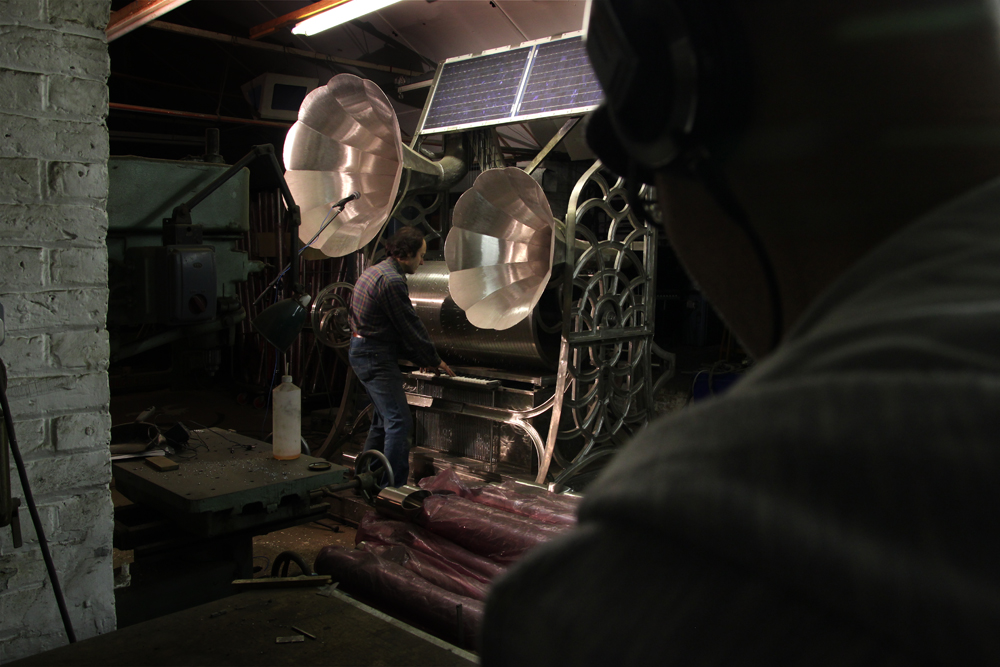 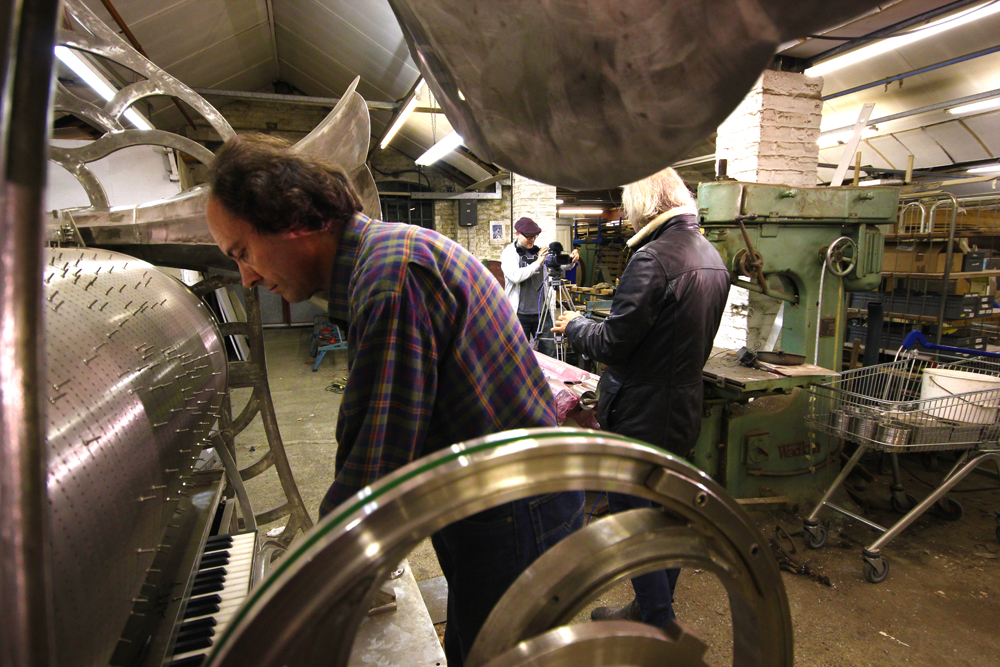 We then headed over to Faversham, to the workshop of a friend of Jack’s, the incredible musician, sound sculptor and musical instrument inventor Henry Dagg.  A former BBC sound engineer, his most known works include the very funny and bizarre Catastrophony (cat organ), which he famously played at a garden party to the amusement of Prince Charles [see video here] and the Sharpsichord – the enormous two and a half ton pin-barrel harp commissioned for the gardens of Cecil Sharp House, home of the English Folk Dance and Song Society and famously used by Björk in her Biophilia project, in which Henry performed live with her.  Pins are put into one of over 11,000 holes on the large metal cylinder, which then push levers to pluck strings creating music, which is amplified by the two huge stainless steel horns.  It takes up to a day to arrange the pins to produce just a minute of music! But it can also be played live with the keyboard, as he did with Björk, and ourselves for this recording session.  We also recorded Henry playing the saw, etheral and simply beautiful…