In June 2011 we travelled to newly post-revolution Tunisia to play at electronic culture festival FEST, being held at the Acropolium de Carthage – the incredible gothic cathedral in the ancient part of the capital city Tunis. Involving themselves in the Orchestra of Samples, the festival arranged for us to do some recordings with local musicians outside the Acropolium, filming them for later sampling.

We did sessions with three fantastic musicians, first was the amazing Seifeddine Helal – one of Tunisia’s top percussionists playing Darbouka – it’s a drum mostly used in North Africa and the Middle East, it’s a bit like a tabla and is also known as a goblet drum. 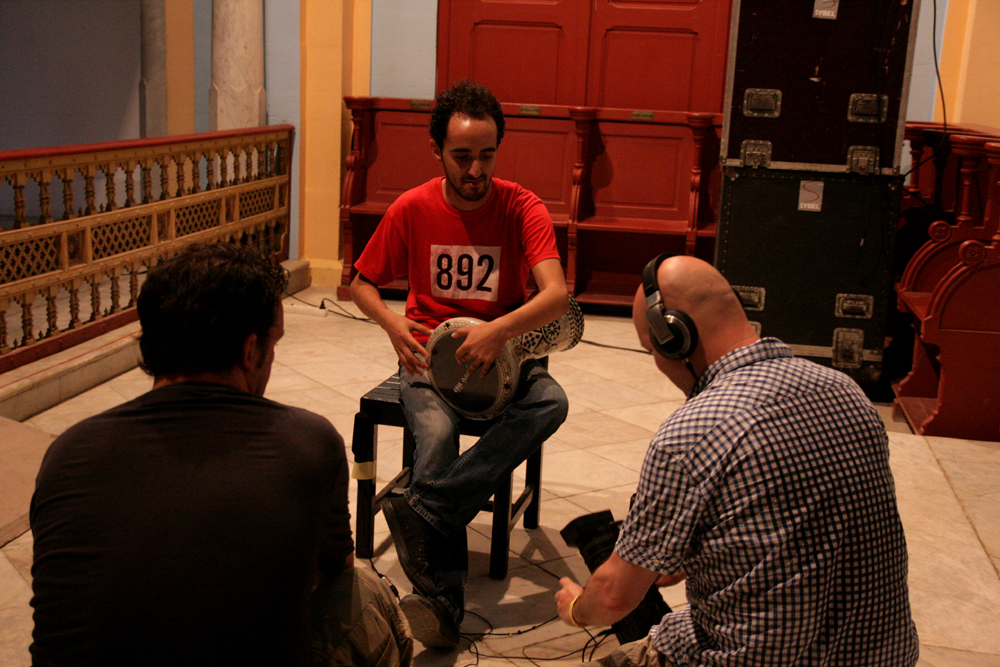 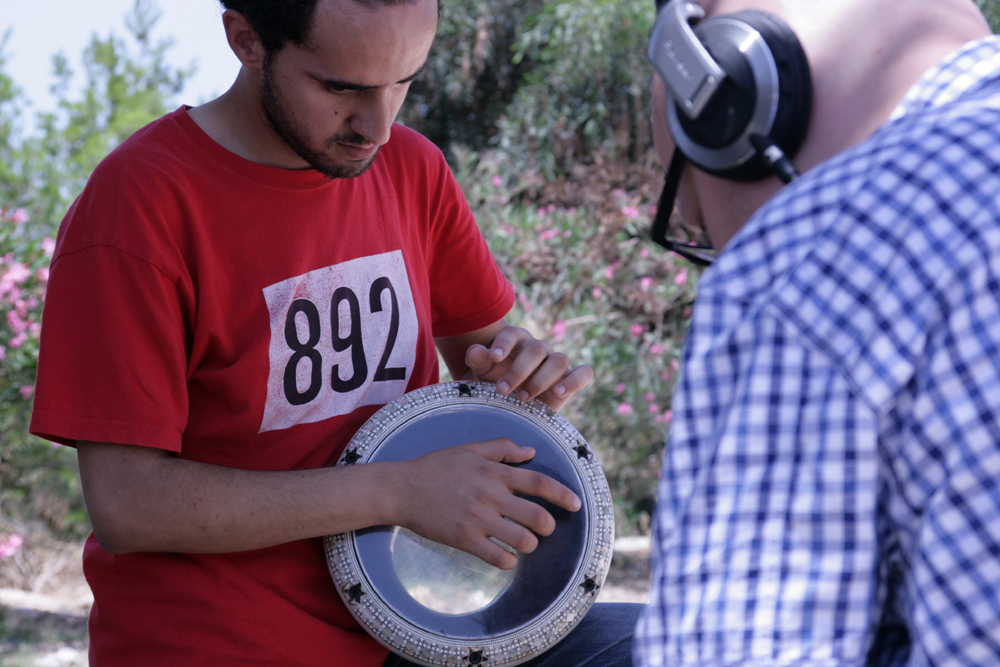 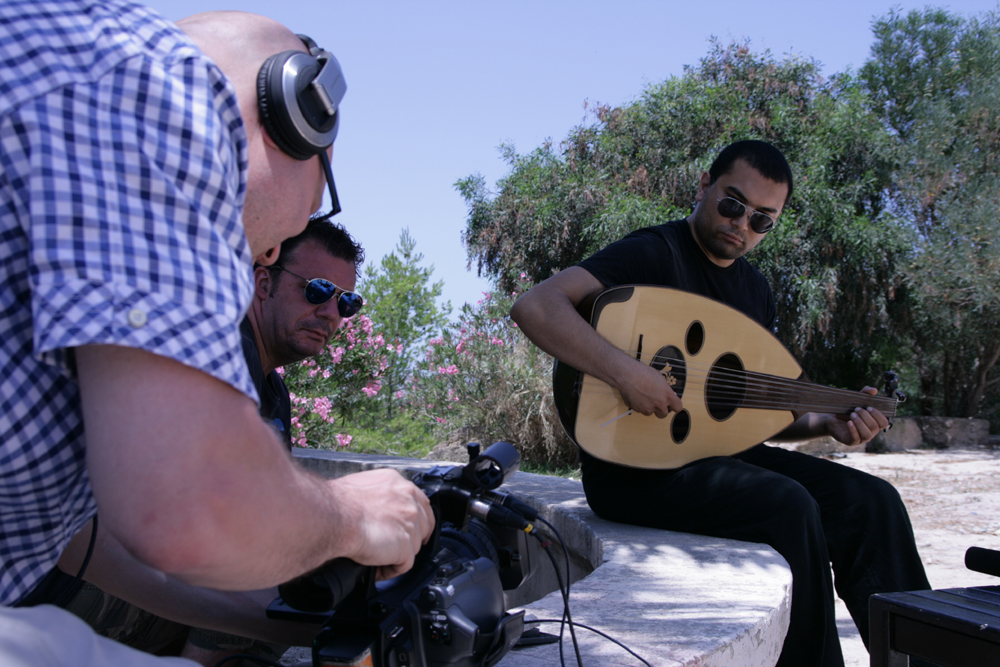 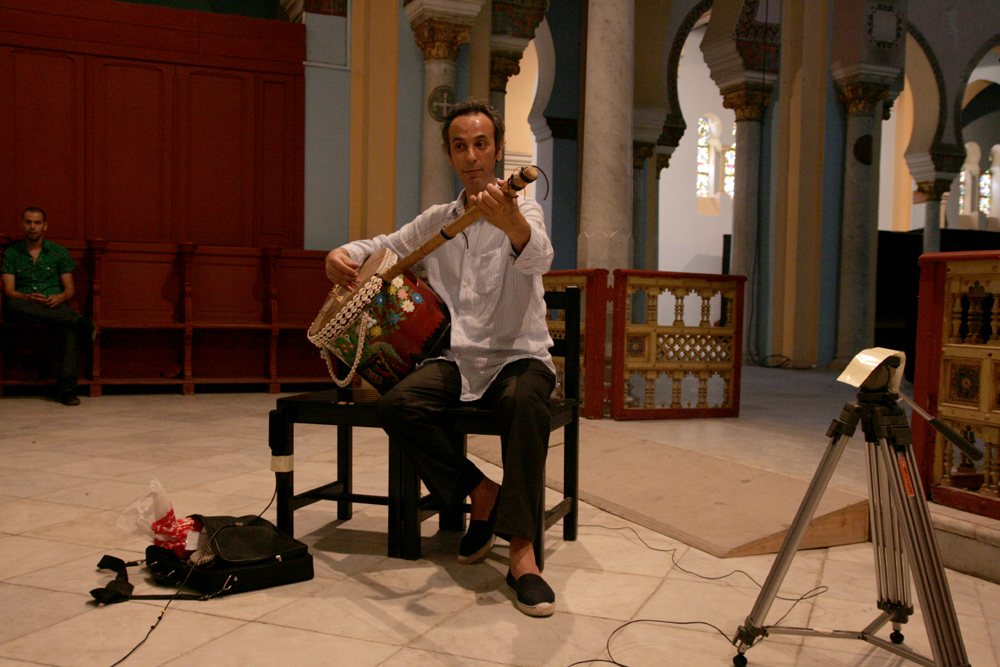 Second was ethnomusicologist Hamdi Makhlouf playing Oud – which is a pear-shaped fretless stringed instrument, similar to a Lute, again mostly used in North African and Middle Eastern music, such a beautiful sound.

Third and last was music teacher Zouhheir Gouja, from the band Tunisian band Yinna, playing Gombri – a North African stringed instrument that’s often been said to be the original bass instrument, it’s ‘bassy’ sound comes from having it’s strings played over a large hollow wood ‘drum’ (if you had six hands, you could easily play drum ‘n’ and bass on just this one instrument!!).

Massive thanks to Afif Riahi and FEST.