January 2020, and while taking a holiday in Tamil Nadu, in South India, to visit our musician friend Perumal Varudaraj, we decided to travel to Pondicherry.

While there we took the opportunity to meet up with Yatra Arts – a film, theatre and photography studio who produce media projects but also, through their Yatra Art and Culture Foundation, organise arts workshops, classes and creative social programmes.  Their foundation particularly helps village children from the surrounding areas explore their own talents through creative arts.  In fact the Yatra Street Theatre team have won several awards for acting, writing and direction and worked with a number of NGOs to develop programmes. With the team, who were incredibly welcoming, we organised a few sessions to record some traditional south Indian and Tamil instruments.

Priyadharshini and Yuvasri, daughters of Yatra Srinivassan who runs the organisation, improvised for us on the veena – the long-necked pear-shaped string instrument, popular in classical carnatic music, and the parai – one of the oldest drums in both India and Sri Lanka and seen as one of the symbols of Tamil culture (it’s played with two sticks – one being larger and thinner than the other).  Should also point out Priyadharshini started learning to play the veena aged three! 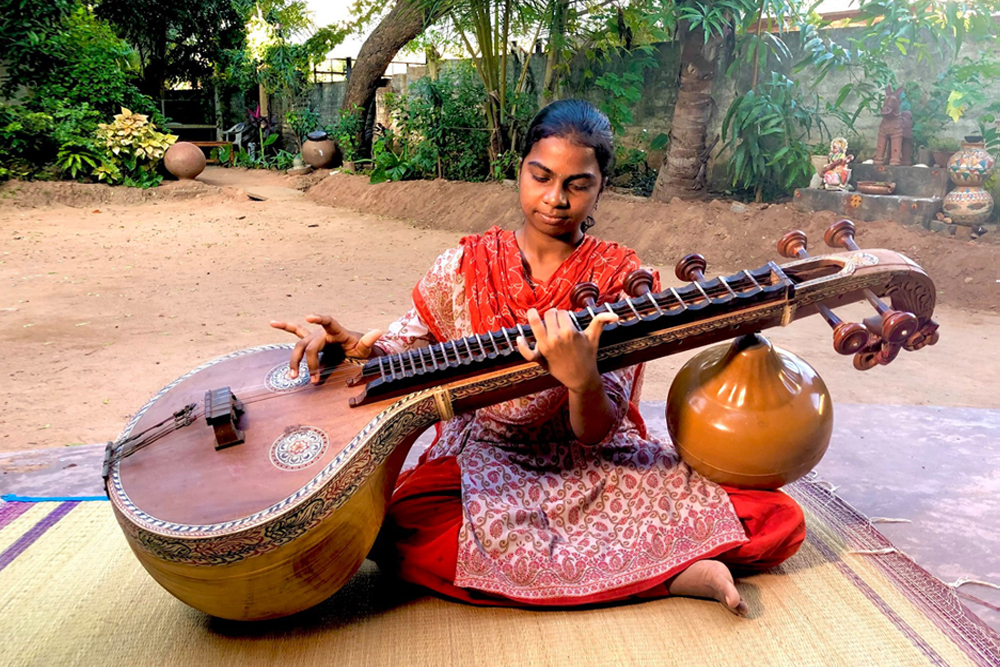 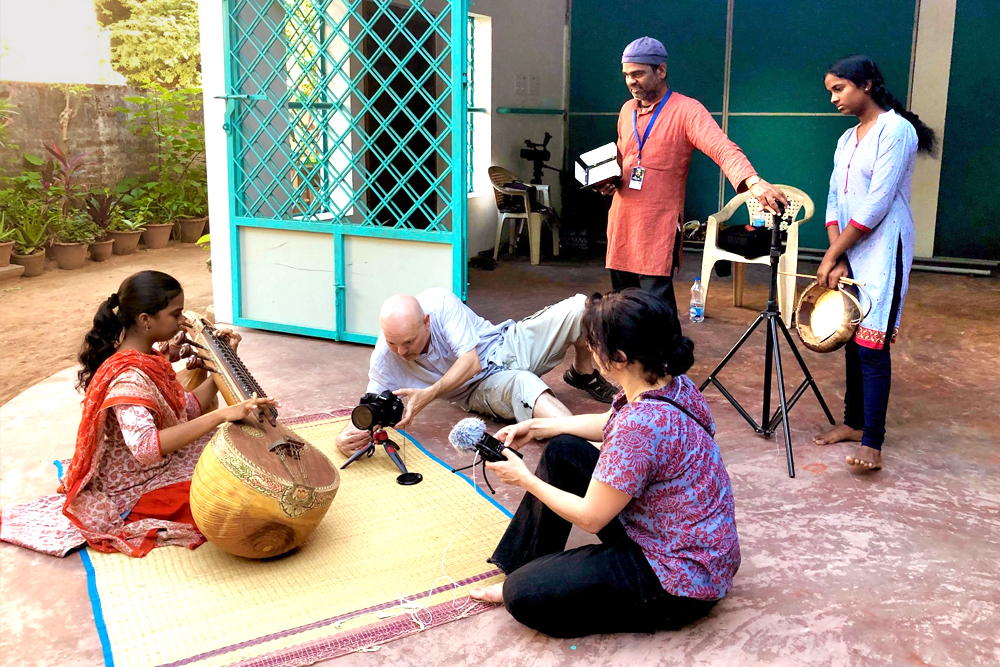 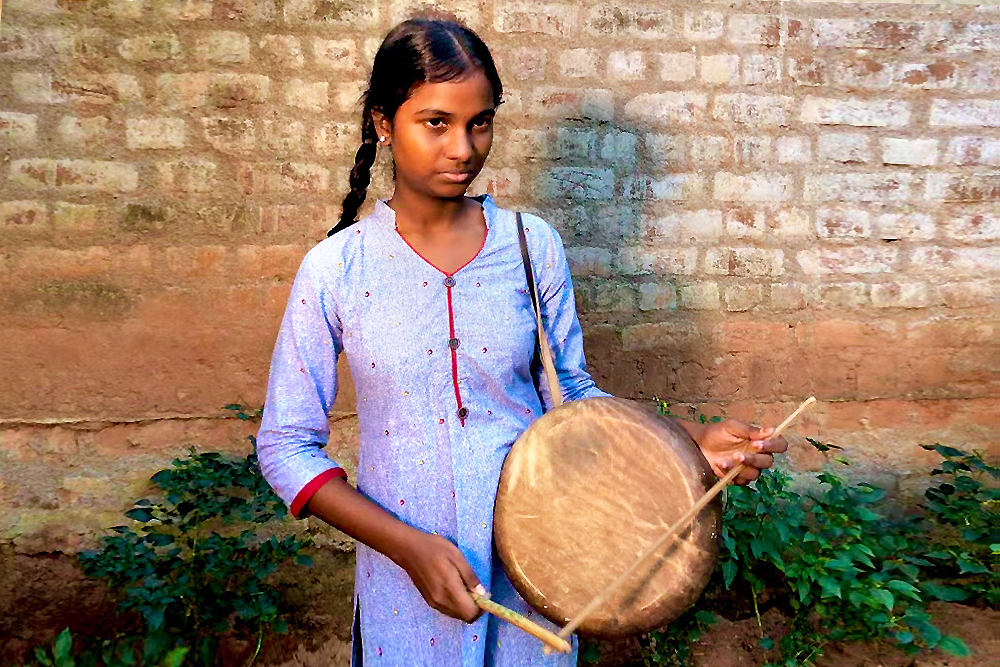 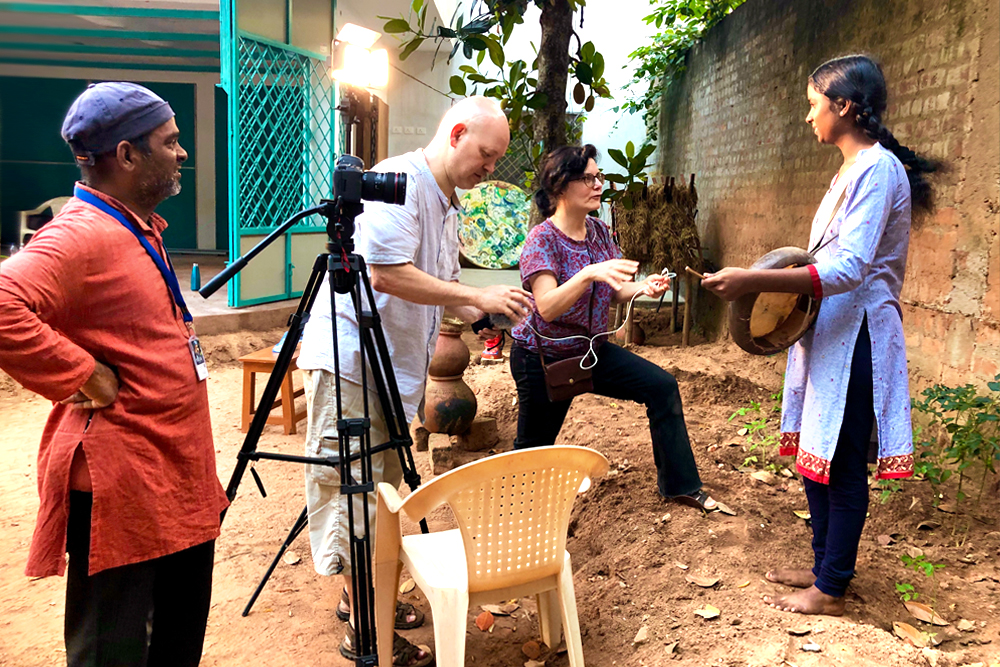 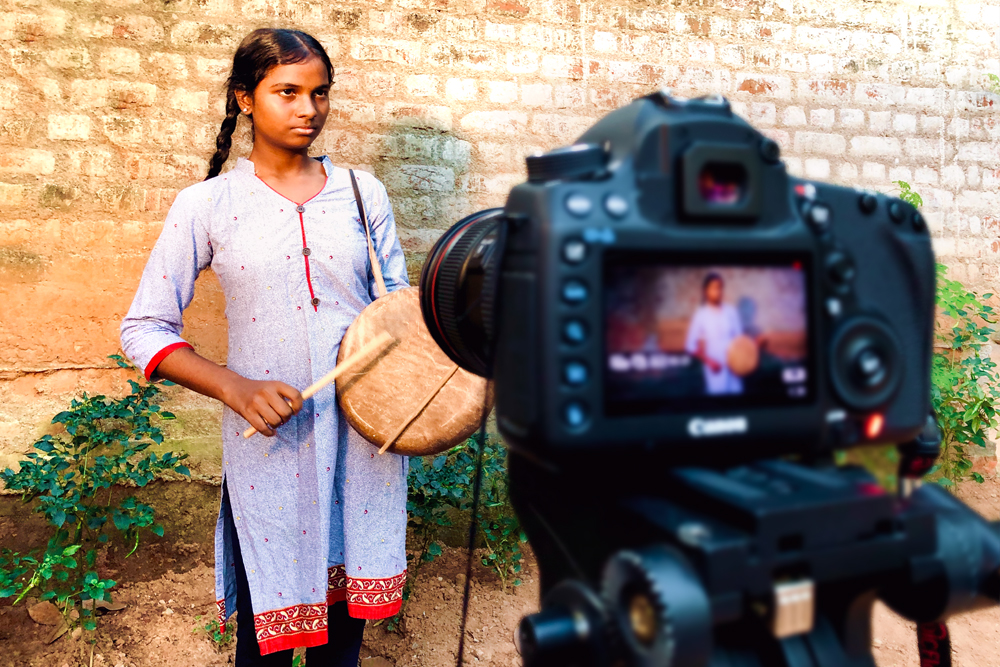 We also arranged to record Parthiban there, a Pondicherry-based musician friend of Perumal, the flautist we were visiting.  He plays the nadaswaram – a double reeded wind instrument from South India and very much a traditional tamil instrument played primarily at religious events.

Parthiban’s father initially taught him to play as a small boy, before he later studied nadaswaram at the Government Music College Campus at the Tamil Nadu Music and Fine Arts University.  He’s now been playing professionally for over 15 years, blending his own contemporary style with more traditional methods of playing, mostly performing at weddings and religious ceremonies in India and abroad, including in the United Arab Emirates, although – as we found out – he’s also performed on Indian television reality show Super Singer, here’s a trailer of him on the show! 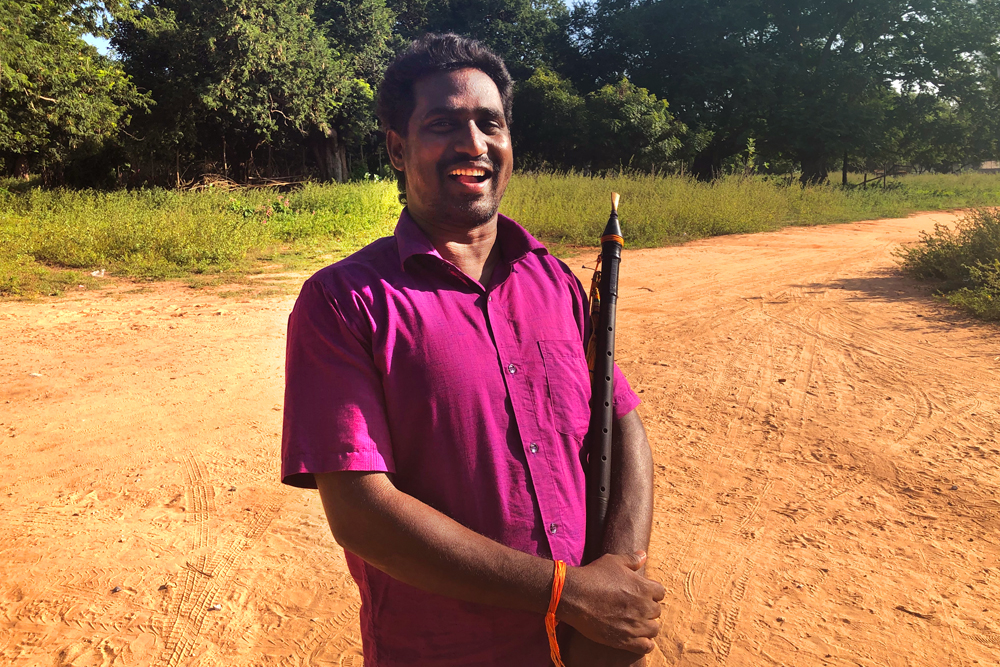 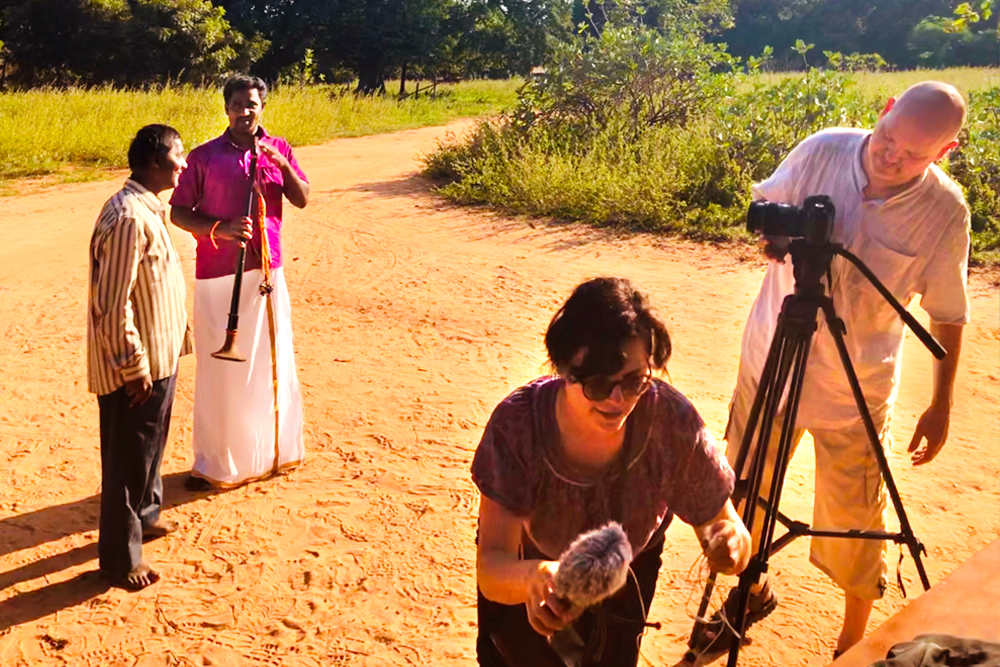 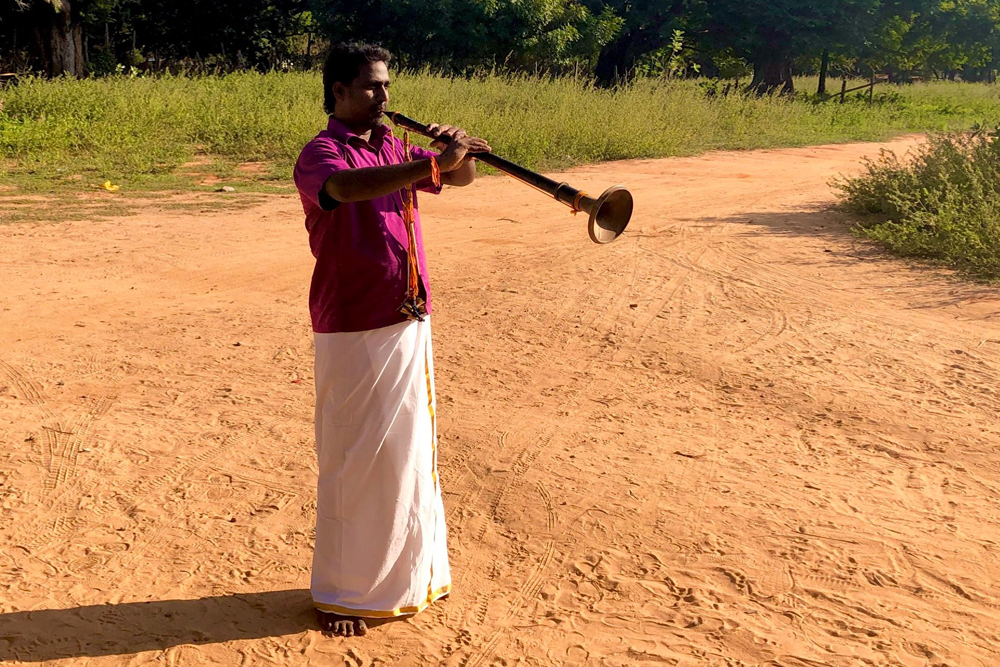 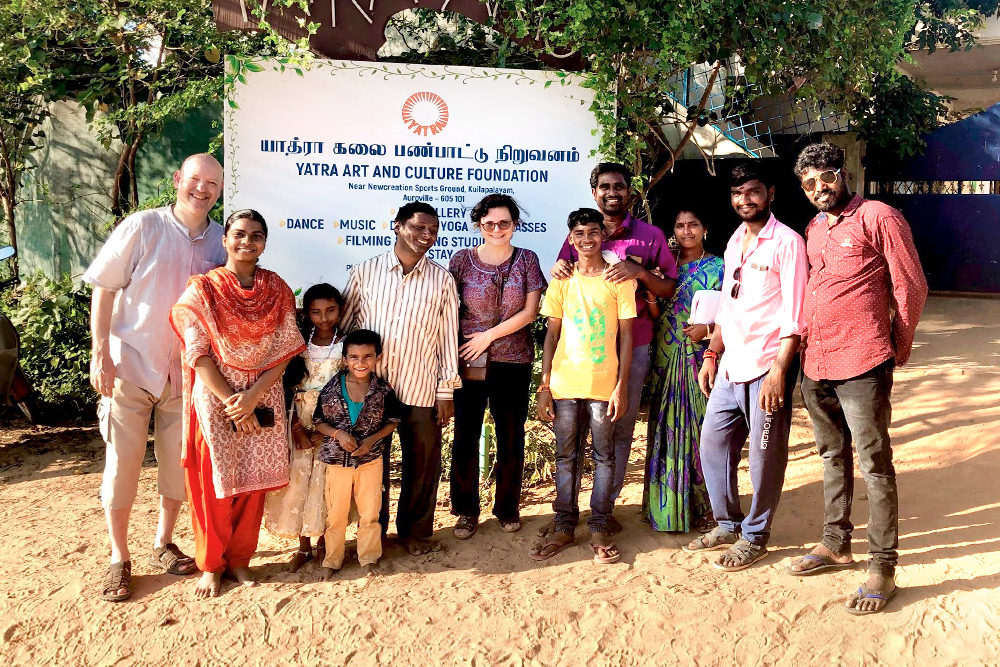 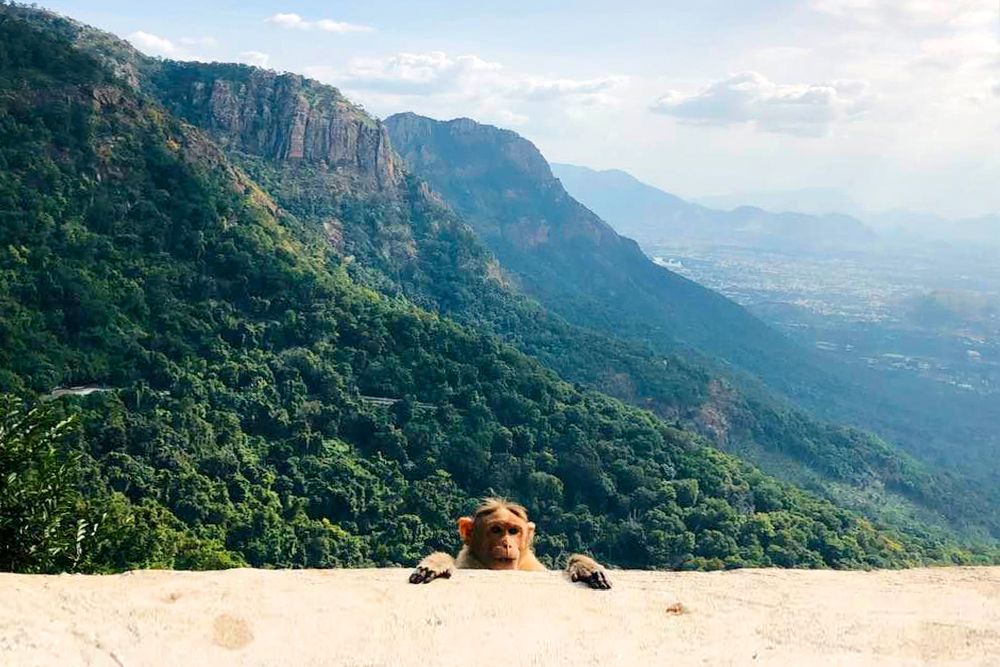 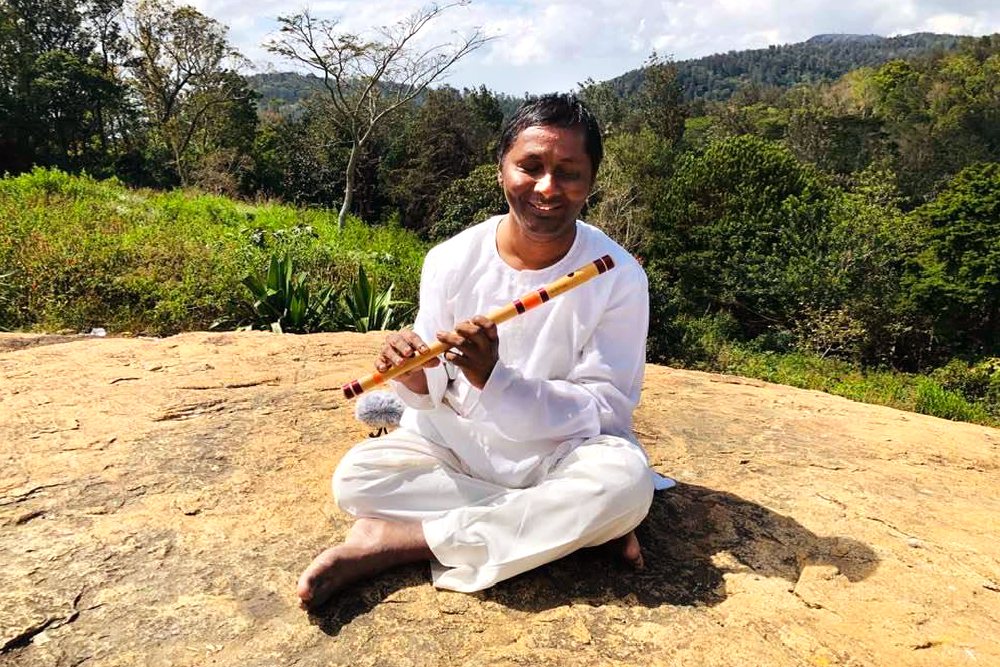 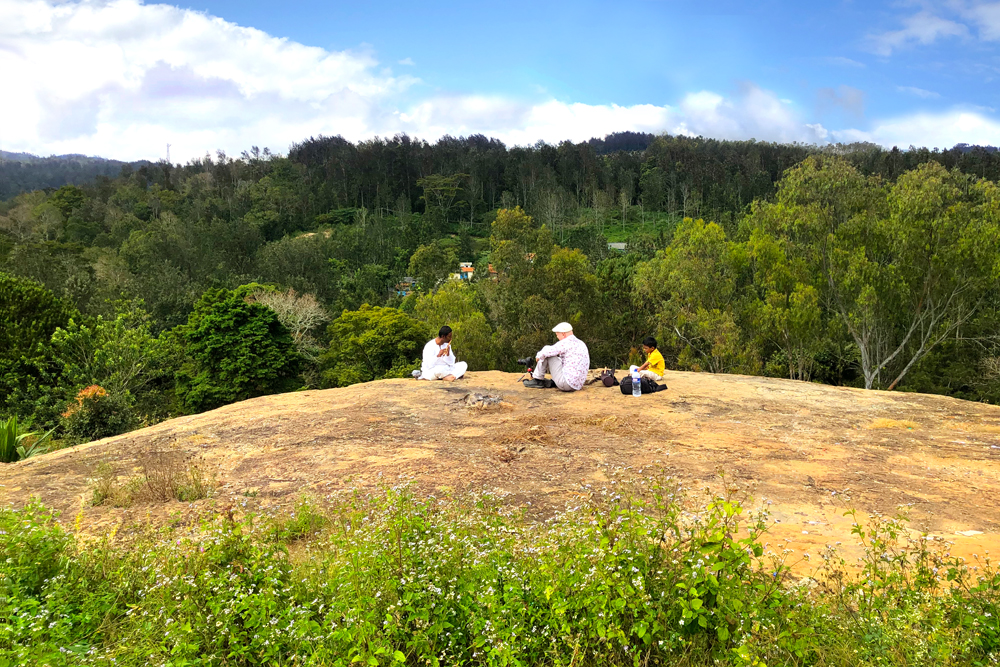 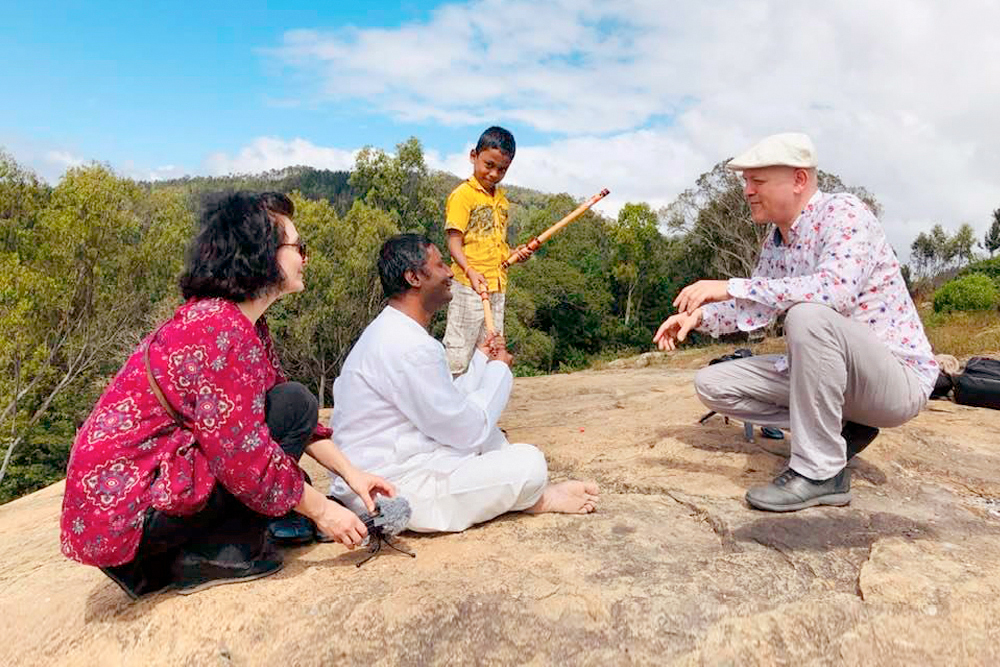 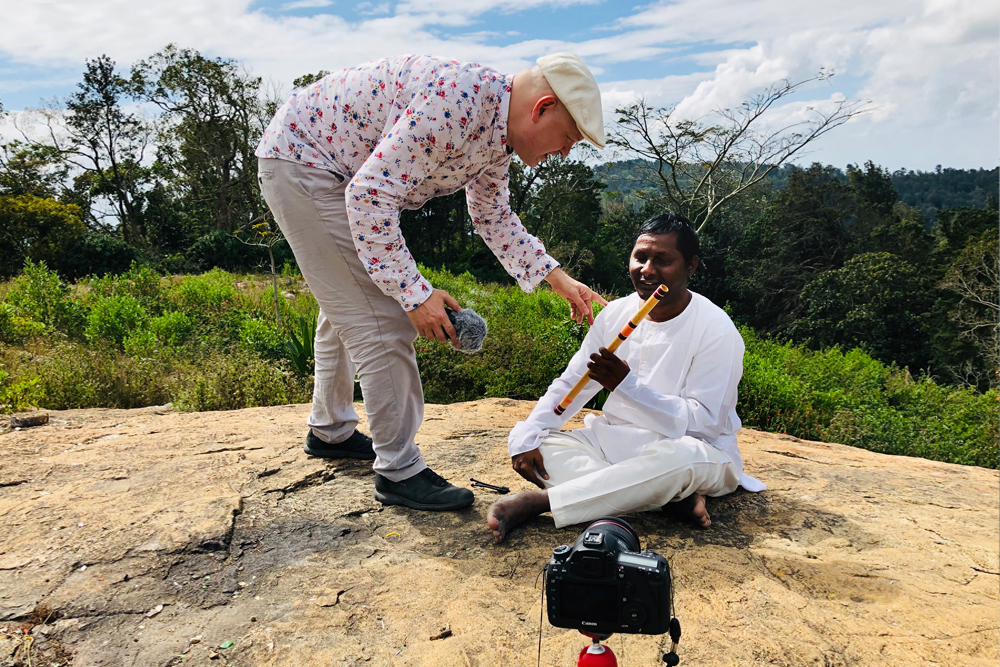 Even though we’ve recorded Perumal in the past, we took the opportunity while sightseeing up in the Yercaud Mountains on another day to record some more with him.  An incredible talent, he garners more flutes every time we see him and he now has over 20 bansuri bamboo flutes in several keys, and still travels India frequently – performing at corportate events, religious ceremonies and weddings.  He’s also teaching these days too.

With huge thanks to Yatra Srinivassan himself, Prasad from the Yatra Arts team for some of the photos and of course Perumal.