May 2014 and we were in St Petersburg, Russia, performing ‘Orchestra of Samples‘ at the Erarta Contemporary Art Museum for the Cross Art Festival.  While there we hooked up with our old friend, the brilliant electronic artist Ilya Baramia (Илья Барамия) who we first worked with over 10 years ago on our UK television project Mixmasters.

Ilya is one half of Russian experimental electronic duo Ёлочные Игрушки, otherwise known as “EU” as their name actually translates as ‘Christmas Baubles’.  Signed to UK labels Pause2 and Lo Recordings, they also released on Russian label Cheburec.  With creative partner Alexander Zaitsev (aka Sasha), the duo also formed the experimental hip-hop project 2H Company with Russian MCs Michael Fenichev and Michael Ilyin, and now currently play as part of the group SBP4.

We recorded Ilya playing bass guitar and mini-synthesiser, and later in the day he introduced us to Zmitser Holzman, a musician friend he works with on other projects, including SBP4, and he was also keen to be a part of Orchestra of Samples. 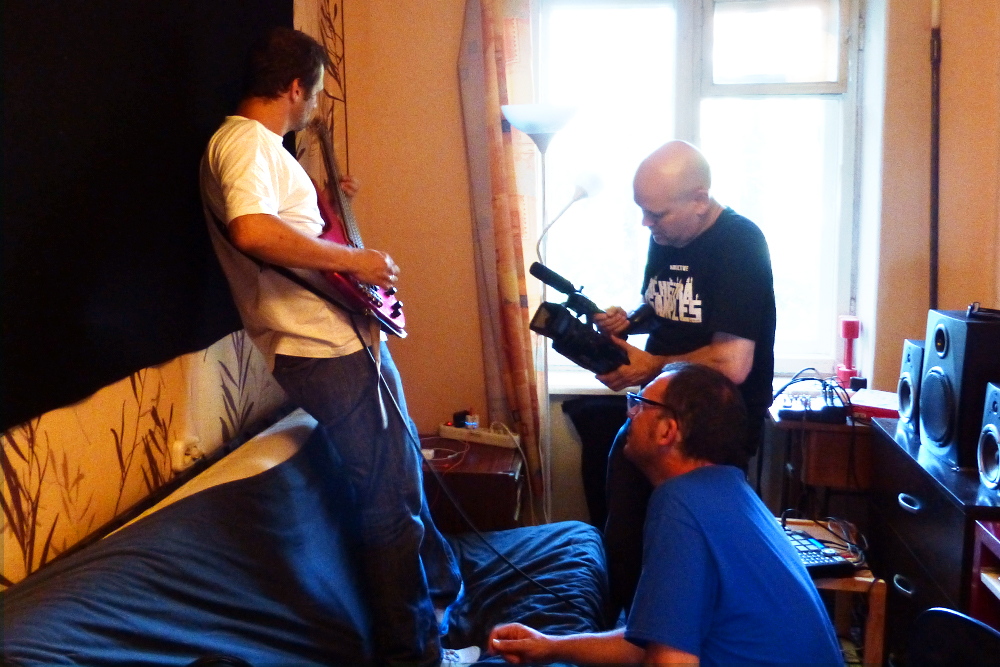 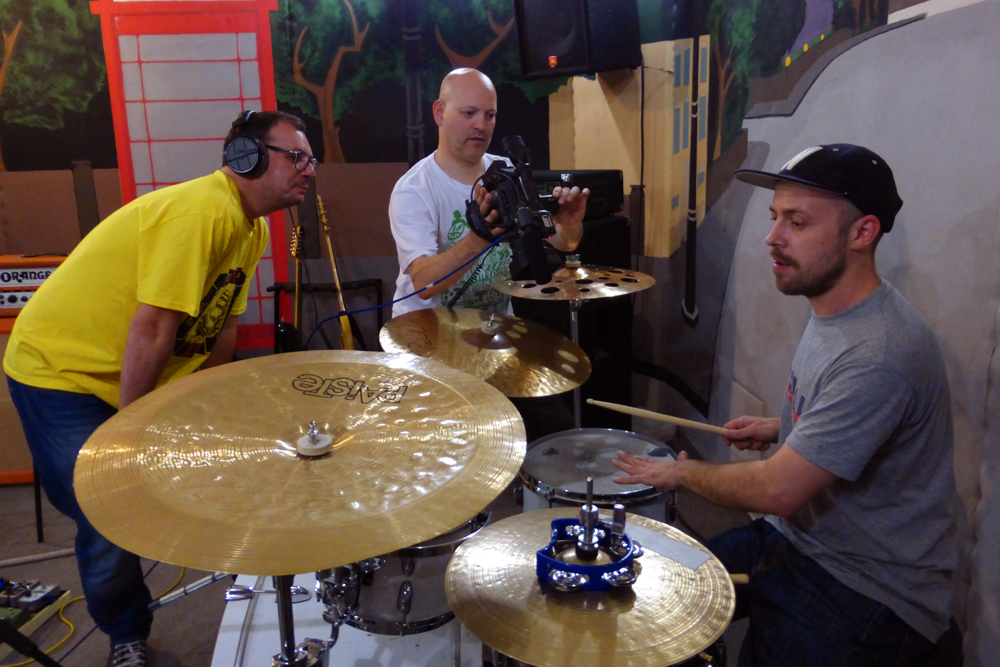 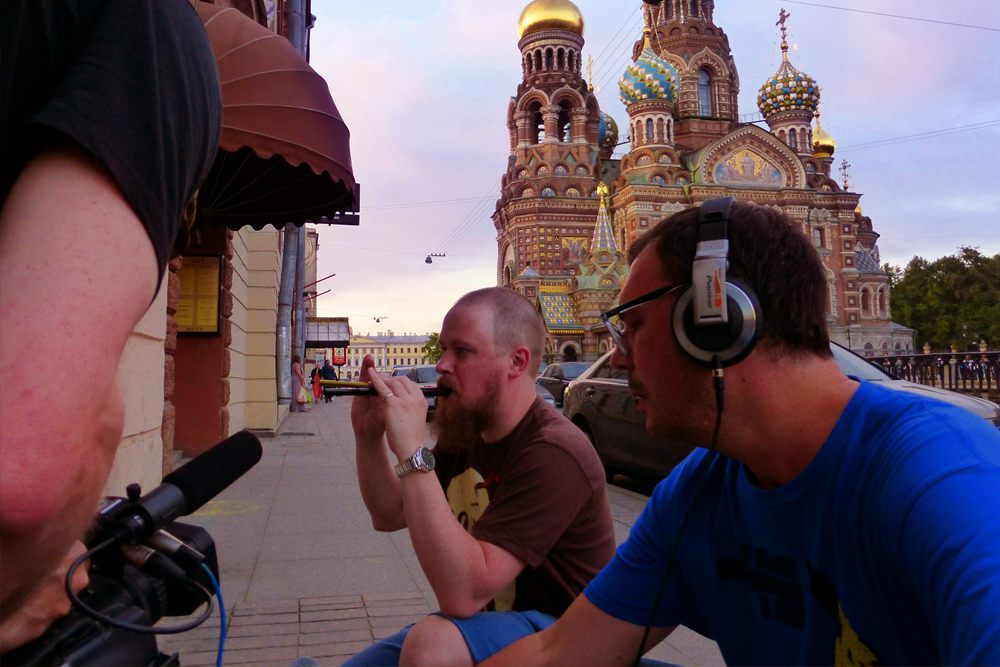 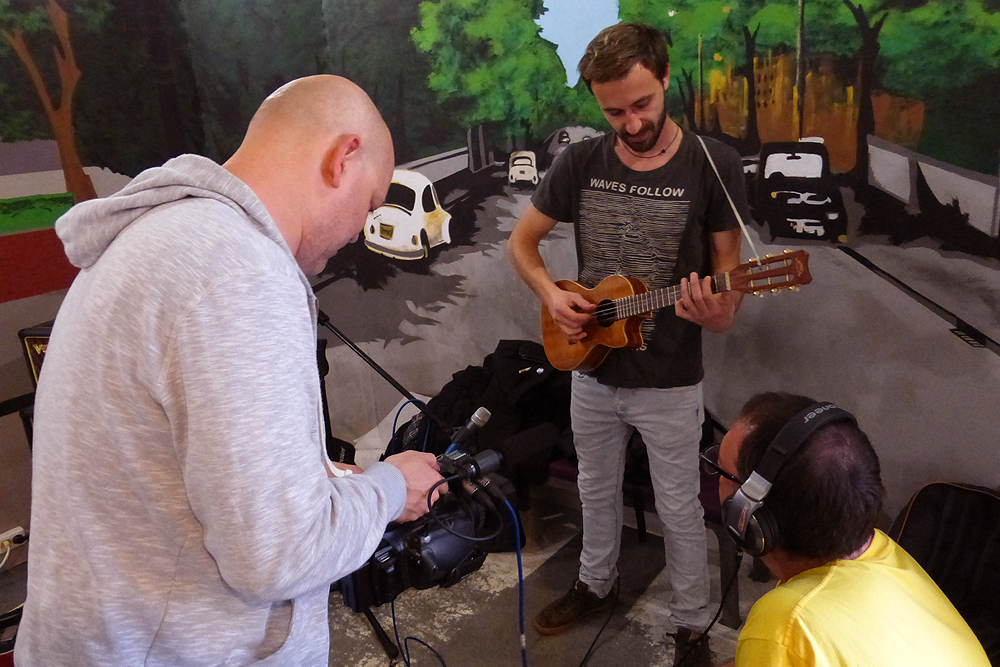 Zmitser is a self taught musician playing a whole range of instruments, including the theremin!  We recorded him playing three different types of flutes – a Zhalejka, an Ocarina and two whistles together at the same time.  As well as his solo studio project Zmitser Von Holzman (in which he composes and plays all instruments), Zmitser plays in three bands, the Do-Re-Mi Orchestra (as bandleader, composer and guitar player), Zorge (synths, theremin and laptop) and the Optimystica Orchestra (flute, theremin and laptop).  A few of the bands and artists he’s previously recorded with include American act Nanos Operetta, Icelandic artist Kira Kira, Latvian band Astro’n’out and Australian composer Ned Hoper.

The next day, we met up with musician friend Vladimir Kravchenko (who actually performed with us during our Orchestra of Samples show in St Petersburg) and he arranged for us to film a couple of friends of his in their rehearsal studio.  First up was Konstantin Chalykh on ukulele, who plays with the Ukrainian folk reggae group Sunsay and both Russian bands My Rockets Up and 7paca.  And before they returned to rehearsing with the band, we just had time to record some drum samples with Sergey Balalaev, who’s also the drummer in the band Sunsay.

Massive massive thanks to Vladimir and Ilya – you’re both stars!