Croatia…  a wonderful country we had wanted to record in for a long time, particularly with its traditional instruments from bagpipes to long-necked tamburica lutes.  For info, a number of tamburicas were developed in Croatia and Serbia near the end of the 19th century and took their name from the Persian tanbur, which we happened to have recorded in Turkey – see here.

We’d been introduced to Oliver Rogošić, an incredible Croatian musician and ethnomusicologist from the coastal city of Split who’s mastered over 40 local instruments and has been playing them for nearly thirty years!  Bringing some with him, we met up in the park at Katalinić Hill, known locally as ‘sailors park‘ as the World War 2 tomb of the unknown sailor is situated there (the area was also damaged in the early 90s during the Yugoslav war and was restored in 2014). 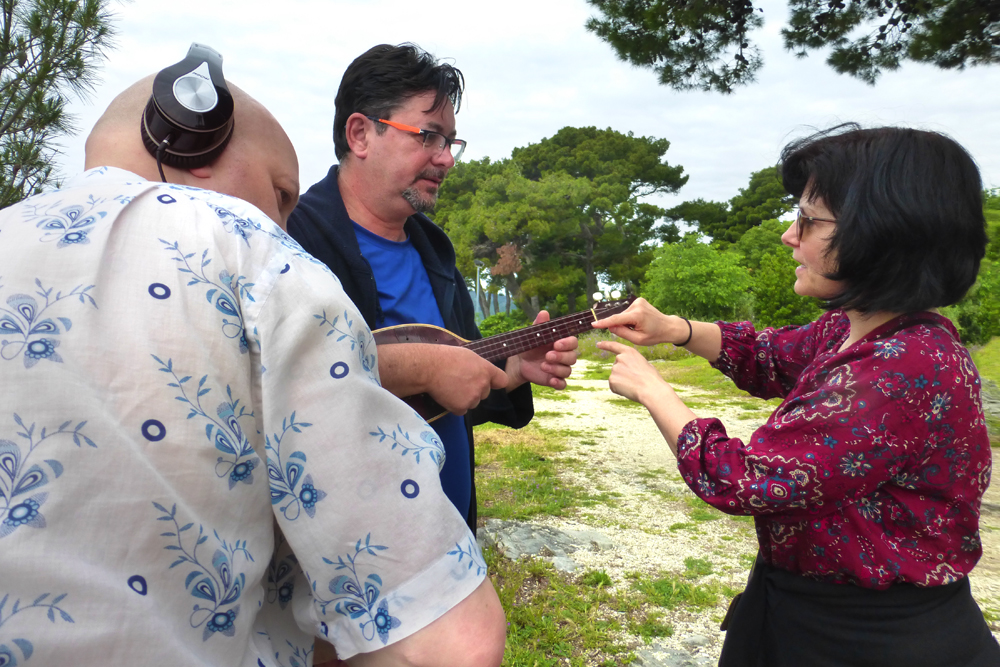 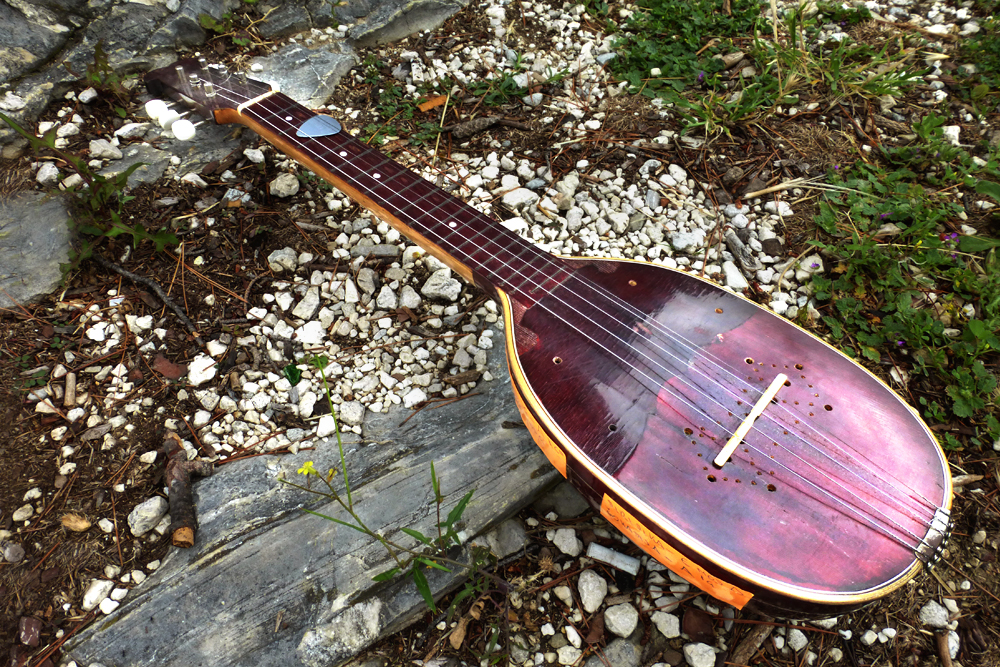 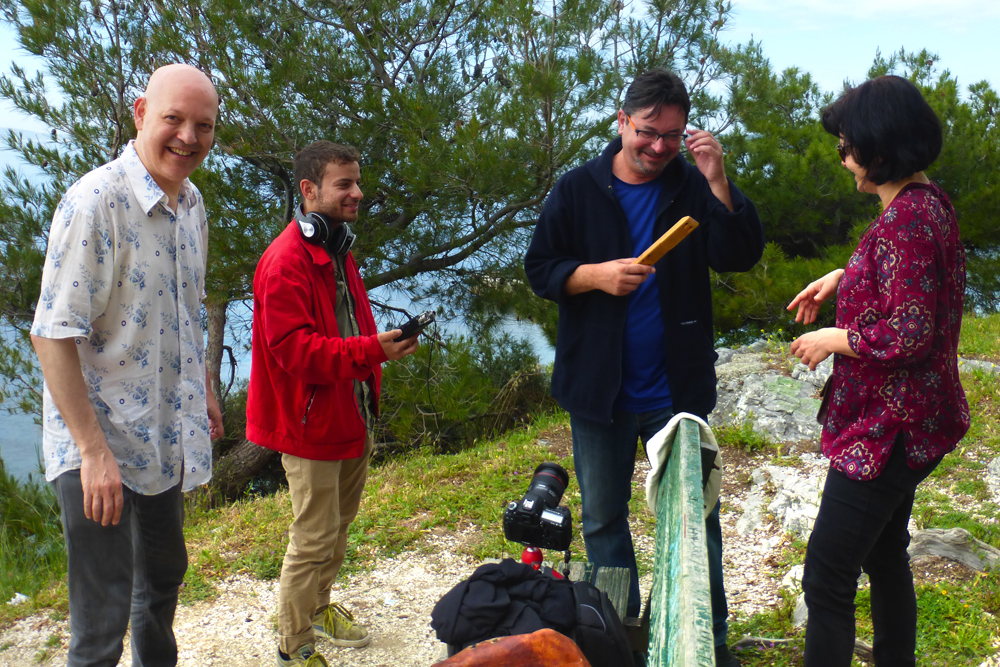 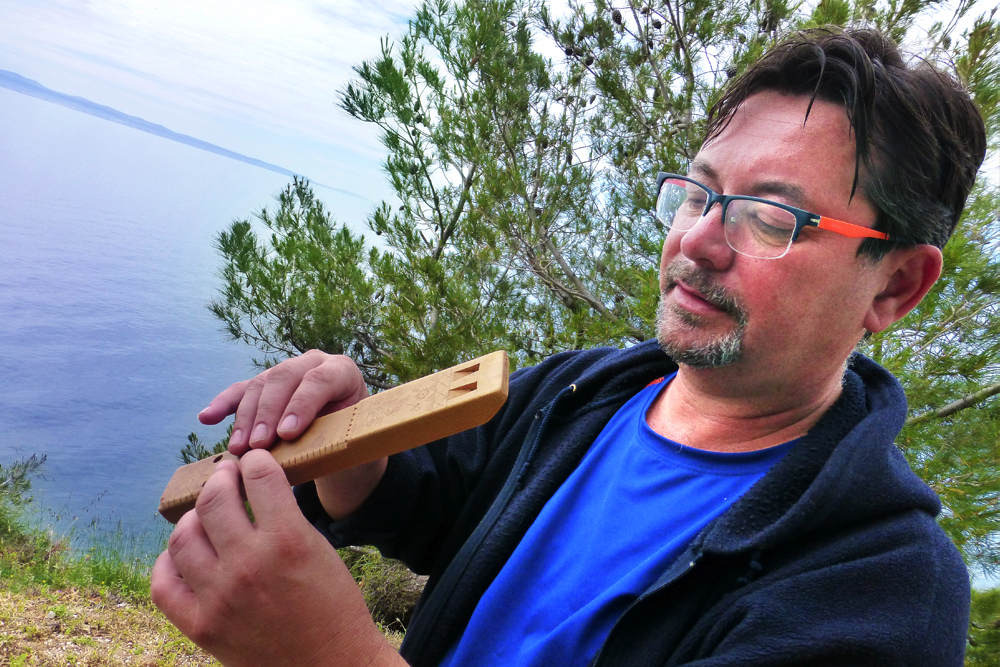 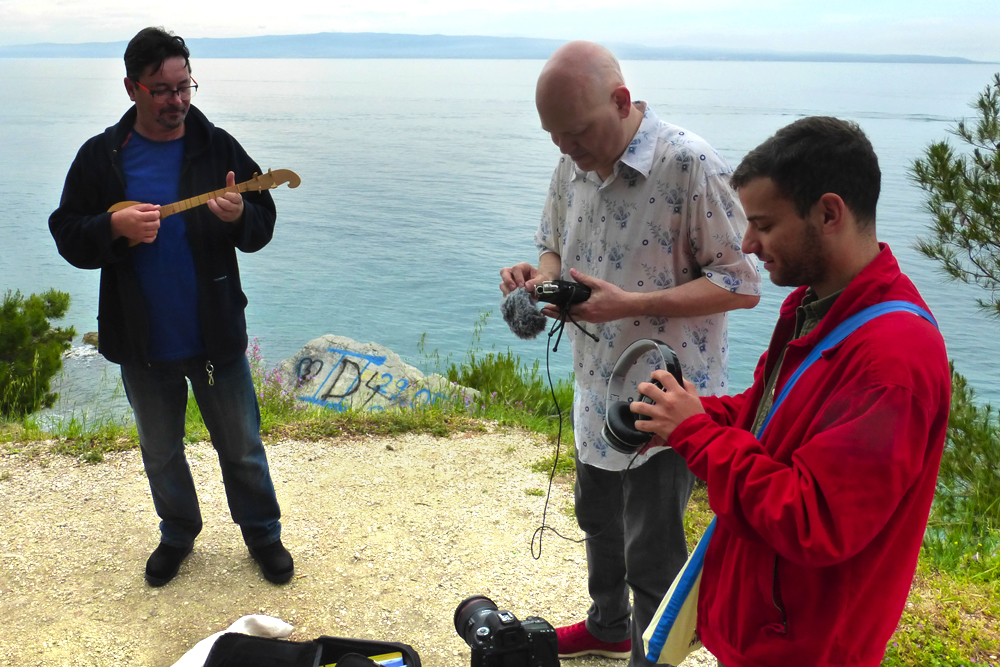 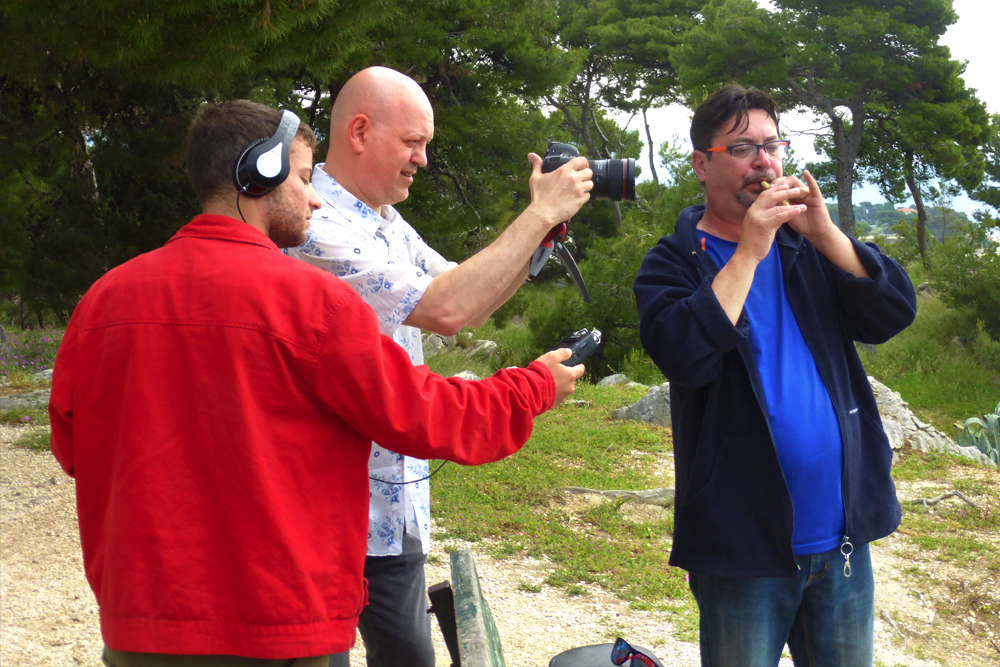 Performing internationally, from Mexico to Egypt, Oliver’s headed a number of prominent Croatian orchestras, including, KUD 7 Kaštela, KUD Dedinstvo and notably KUD Brodosplit with whom in 1997 he took part in France’s International Folk Competition in Dijon, winning 3rd Prize.  He’s recorded with a number of famous Croatian artist and groups including Drazen Zanko, Dalmatino and the award-winning traditional klapa singing ensemble Klapa Cambi (klapa is a renowned form of group harmonic vocal music from Southern Croatia which in 2012 was recognised by UNESCO for its intangible cultural heritage).

We started with recording Oliver playing two different tamburicas – the stringed small lute style instruments, before he then introduced us to a dvojnice – a beautiful sounding twin-tubed double flute.  Lastly we recorded him playing the diple (pronounced ‘dip-lay’), a droneless Croatian bagpipe made from goat skin with decorative boar tusks, and as it happens some years back, we recorded a similar French bagpipe made from a whole goat called a boudègue, which we’ve since sampled and used in the project.

A wonderful multi-instrumentalist, Oliver explained about a number of his instruments, telling us that in 2016 for a special opening event at the Split Ethnographic Museum, he performed on a number of their traditional Croatian instruments kept at the museum, here’s an article about the event.  And here’s an interesting news item from Croatian television with Oliver playing many of his instruments.

With huge thanks to Ana Domančić from Split’s Academy of Fine Arts & Music, Ben Daniels, Karla Rogošić and Mathis Willing.