Over the last year since starting this project, Orchestra of Samples has introduced us to some amazing musicians playing really unusual instruments, but the Boudègue from Southern France, made from an entire goat that’s essentially turned into a huge bagpipe, has to be the oddest one yet!

Originating in the Montagne Noire (‘Black Mountain’) region of France, not far from Montpellier, the instrument is also called a Bodega or, in the local Occitan dialet, a Craba – which means goat.  And it is made from a whole goat, which is skinned, turned inside out and pipes placed at the end of it’s legs. Defintely not for vegetarians. 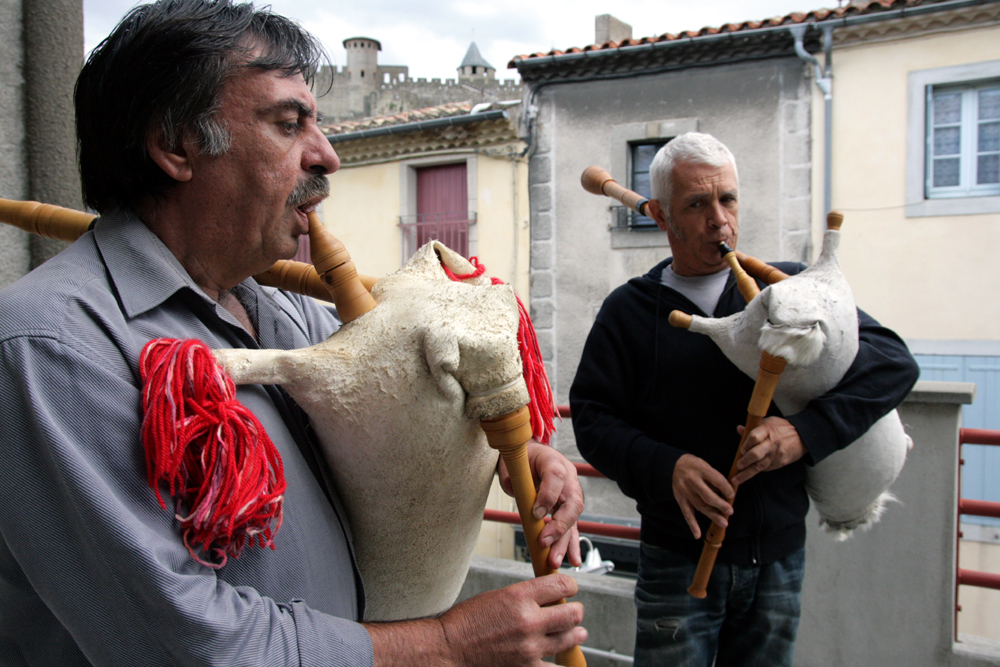 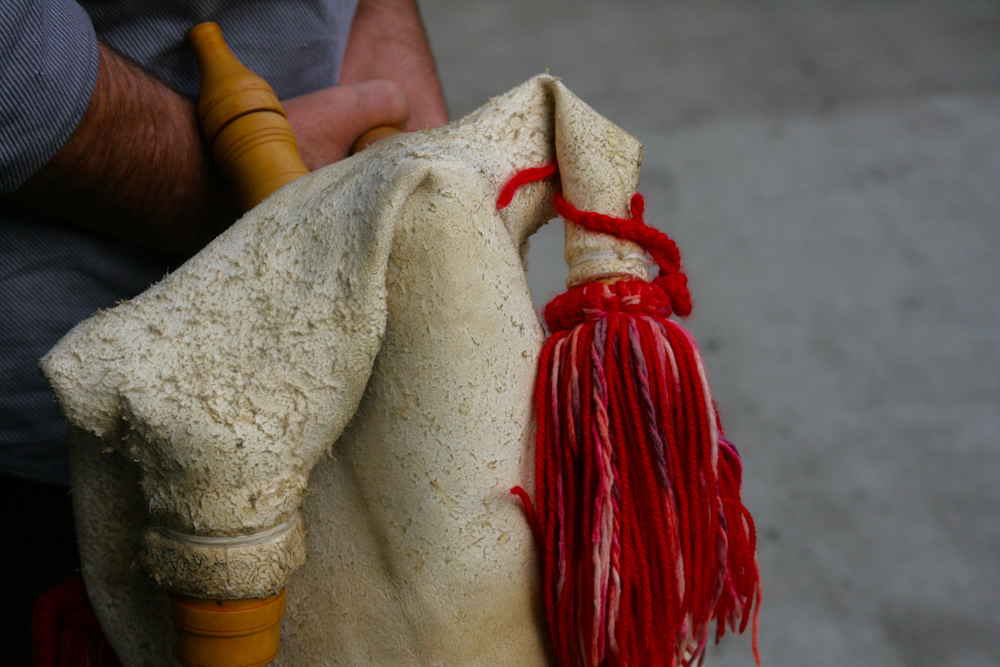 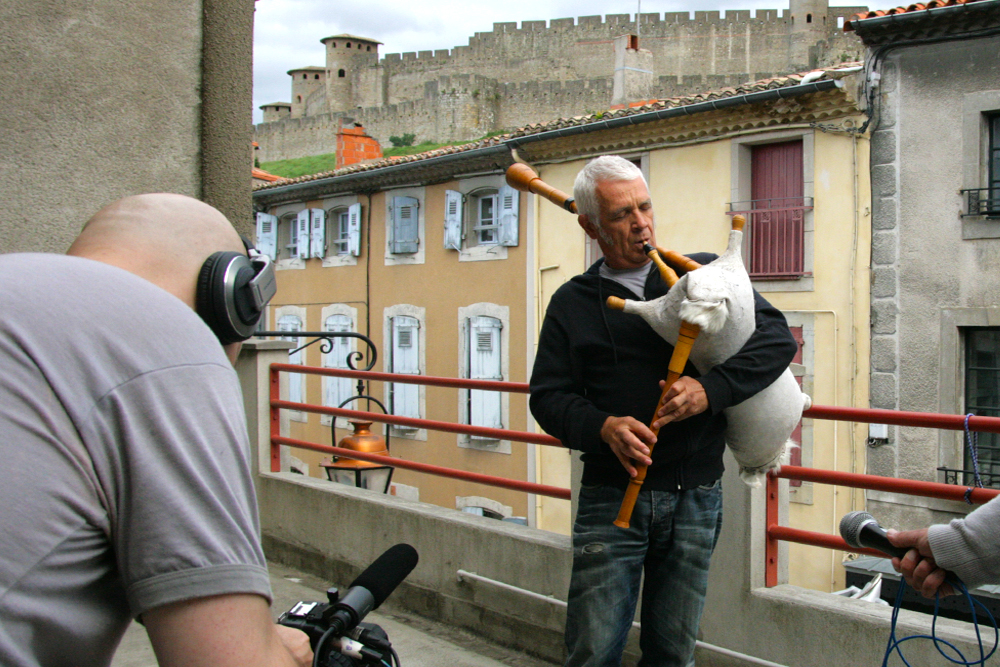 We met up with Patrick Oustric, from the folk band La Fanfareta, and his friend Christian Conejero while playing in the small town of Carcassonne in Southern France.  Patrick told us about the Boudègue and it’s history, explaining that goat skin is used because of its strength, where as, say, pig skin slowly stretches over time.  It dates back to the middle ages and was used in celebrations at large rural gatherings and even appears in paintings from the 14th Century.

It’s use had almost vanished by the second world war, but in the 1960’s there were efforts to revive it and Patrick explained how there’s now only about 200 Boudègue players in the world and even fewer actually making them.  The instruments are generally played in pairs, or larger groups, and we can confirm that the deep bass sound it produces is incredibly loud and powerful.

There’s some further reading about the Boudègue and it’s history here (in French and Google translated into English here).

With many thanks to Franck Tanneau from the Chapeau Rouge in Carcassonne, France.