November 2012 saw us play at the Agora Festival in Bordeaux, France and after a fantastic night there, the very next day we hooked up with a few local musicians, including the wonderful cellist and singer-songwriter Agathe Issartier. She studied classical music for over 10 years in a conservatoire but has so much more of a rock attitude and usually plays the cello standing up! Recording and performing under the name Gatha, she’s supported artists including The Dresden Dolls,  Micky Green and a whole host of French bands including Bumcello, Julien Doré, Nosfell, Pony Pony Run Run, Lilly Wood and The Prick and Jil is Lucky – she’s currently working on her debut album. 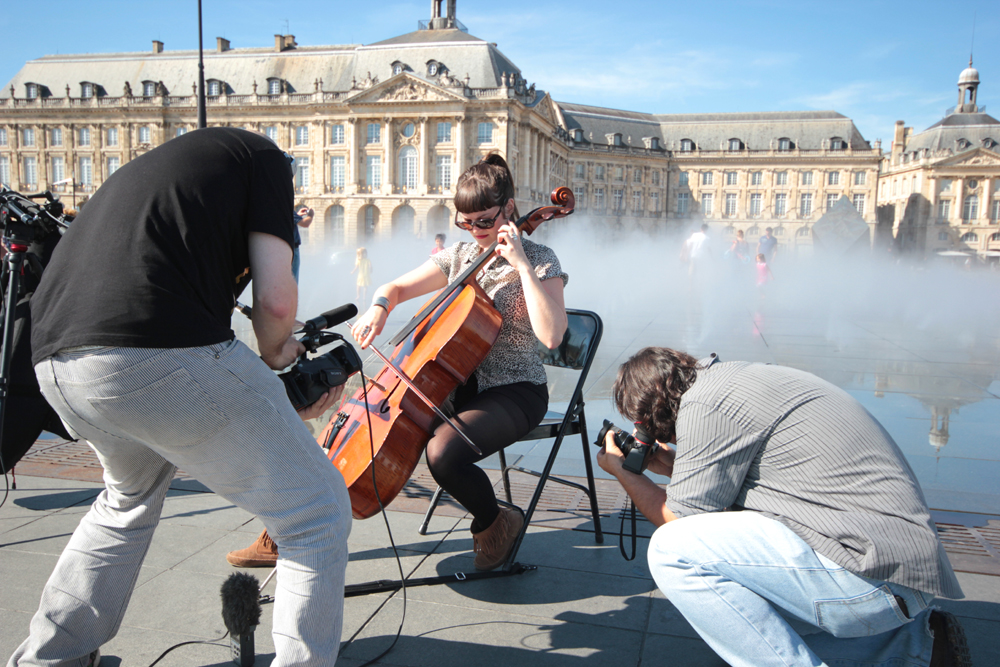 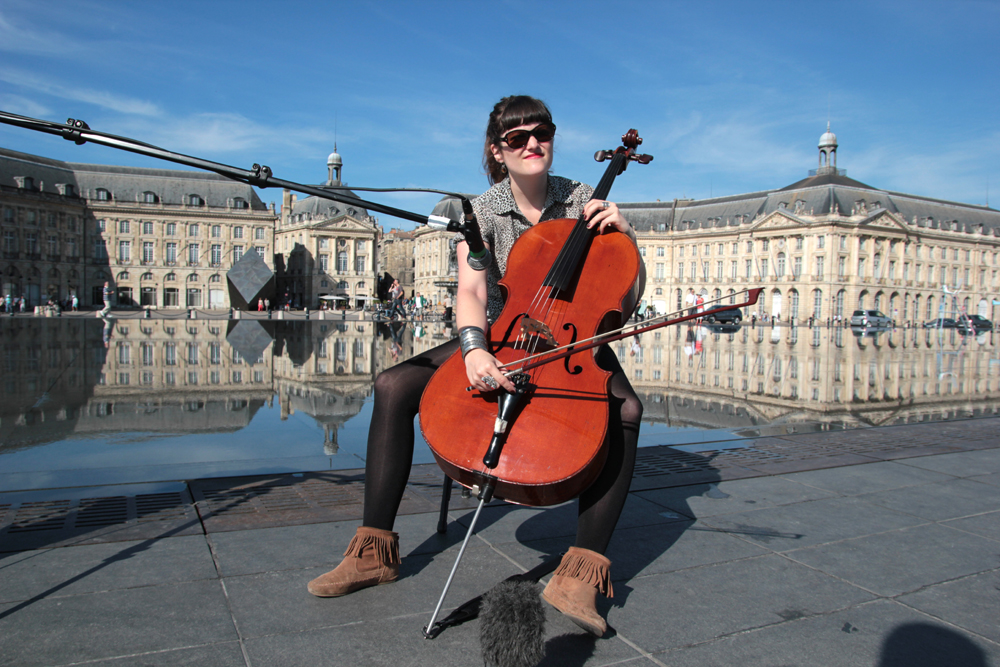 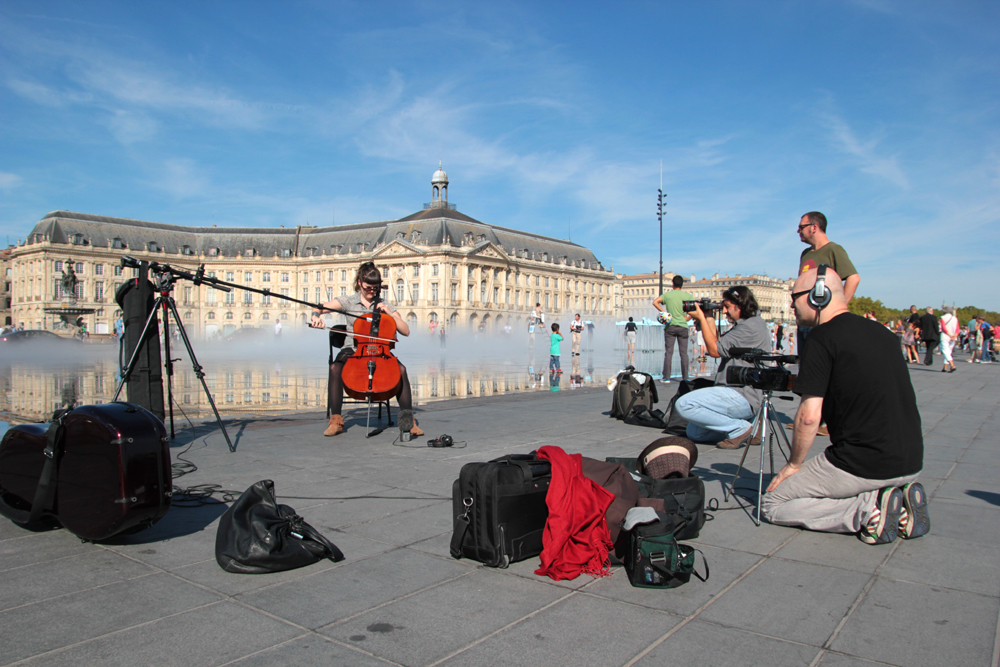 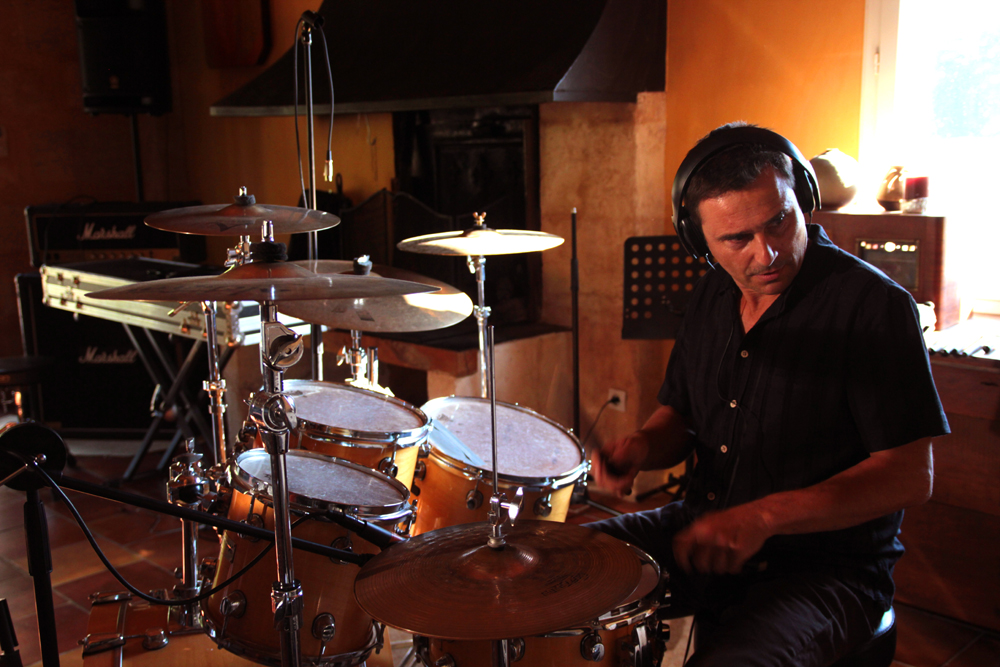 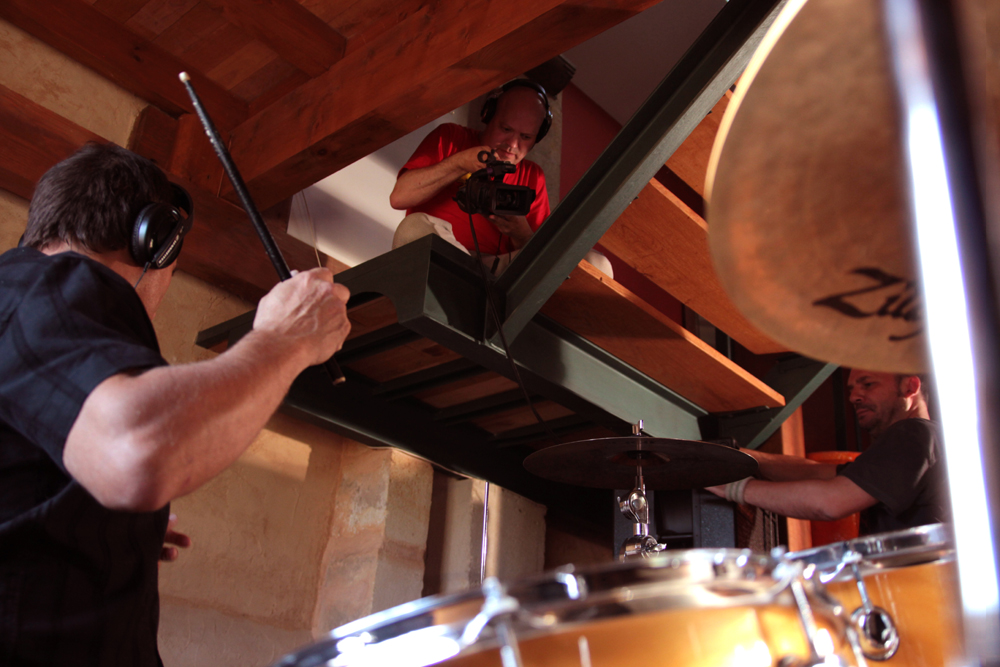 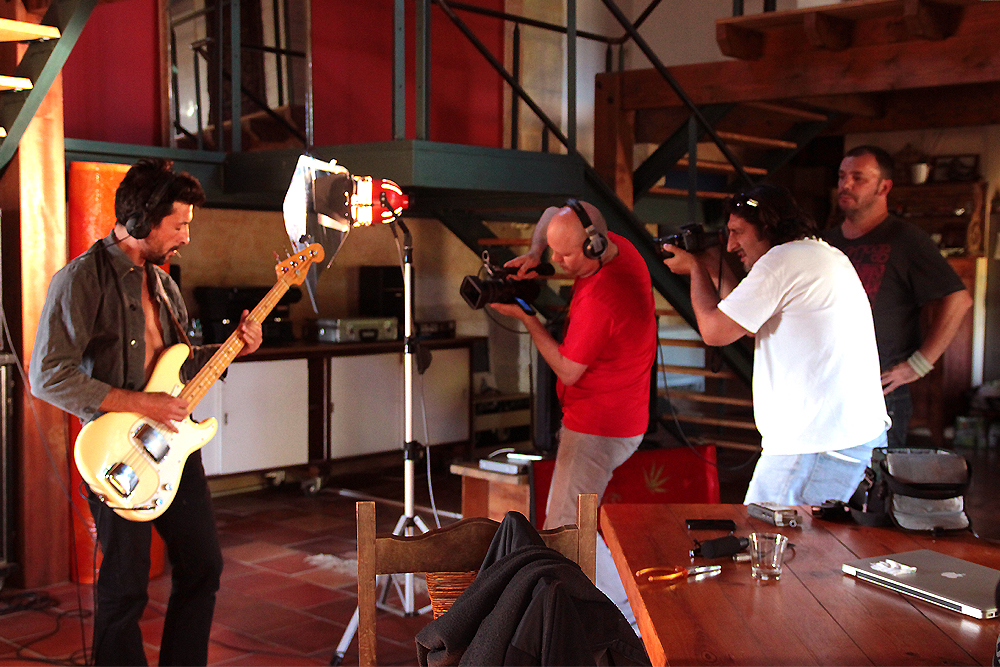 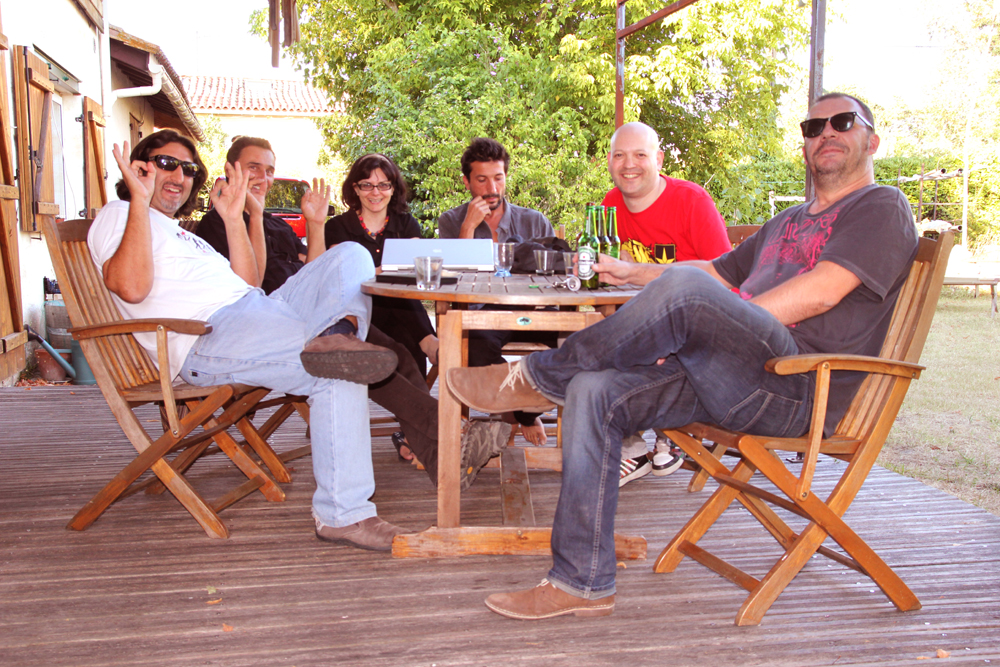 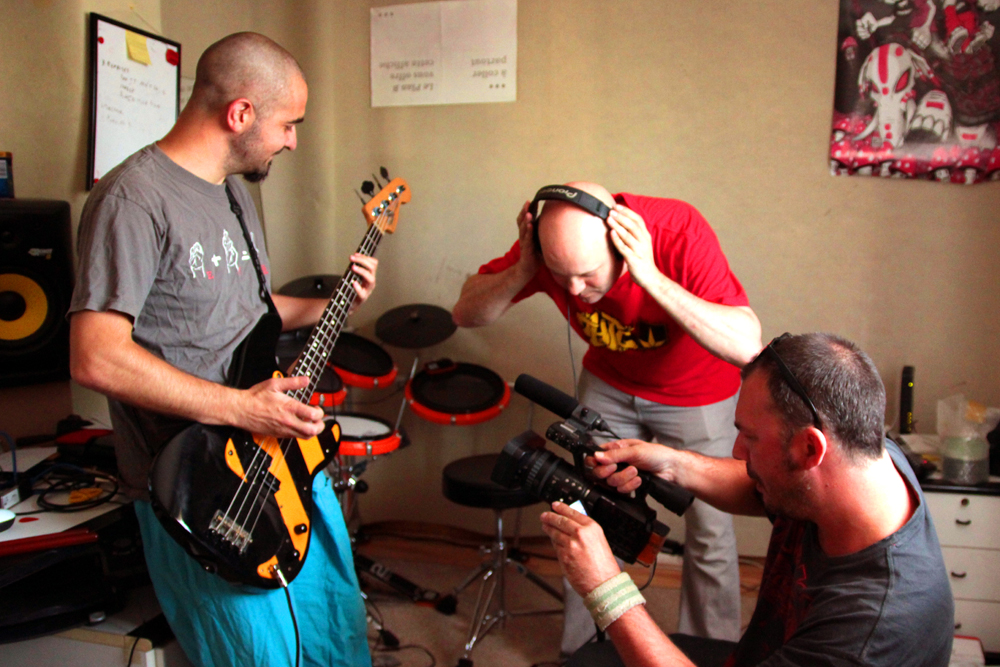 After lunch, we headed off to the nearby countryside to meet drummer Bruno Bim and bass guitarist Hubert Sciota who are long time mates with several musical projects on the go, including Gainsbourg Connections (a Serge Gainsbourg cover band) and blues act Blues I-Motion.  We spent a pretty mellow afternoon filming and recording them in their rehearsal space, out in the Bordeaux country next door to a vinyard!  Oooh sooo French…
Huge thanks to Yann Perrin and JB Beis for all their help!

And lastly was Arnaud Lalanne, a versatile drummer and bassist who’s collaborated with a number of bands, including French percussion act Les Tambours du Bronx (who by coincidence, we’ve also shared a stage with).  As well as a musician though, playing both drums and bass guitar, he’s also a filmmaker, founding the production company Idées Courtes and has produced music videos for hip-hop and metal artists, including Dagoba, Talibé and A.D.N.