During our Tamil Nadu trip in India, we decided to visit neighbouring Auroville – the experimental township founded in the late 1960s, when back then a roughly 5000 acre site of wasteland was chosen to build a future community. In February 2018 Auroville celebrated its 50th anniversary and Indian President Ram Nath Kovind called it “a unique symbol of human unity.”

Auroville’s principles of harmonious living and the development of renewable energy feature heavily in the community and people there observe a spiritual philosophy, it’s a popular destination for artists, yoga-lovers and many decide to stay. Alongside rural dirt tracks you’ll find water-pumping windmills, electric vehicle hire, solar power generators, farms and re-forestation schemes. Auroville, over the years, has attracted support from a number of international organisations including Unesco. 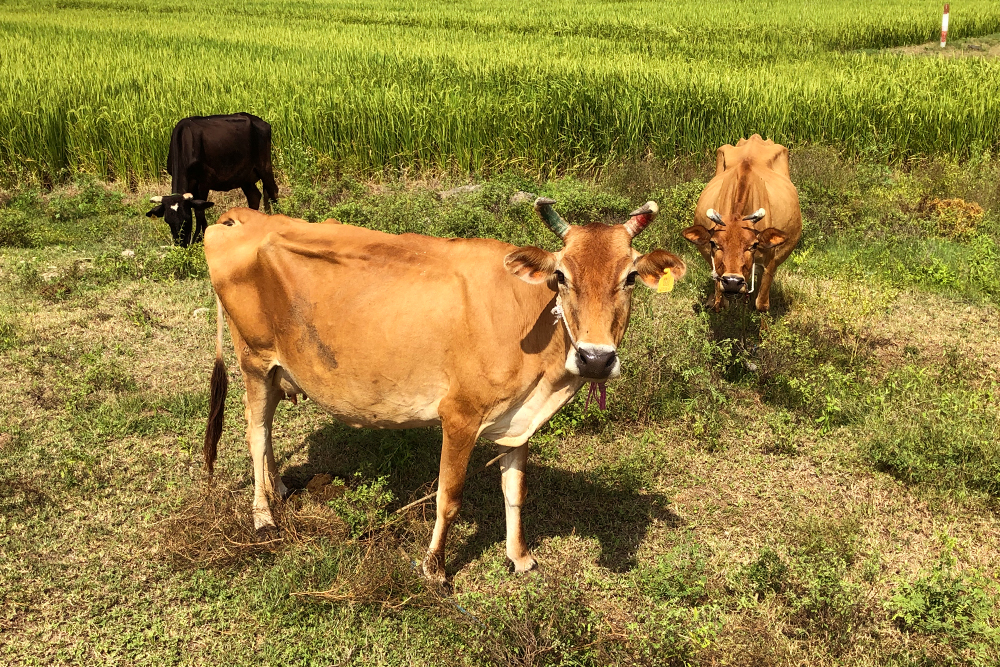 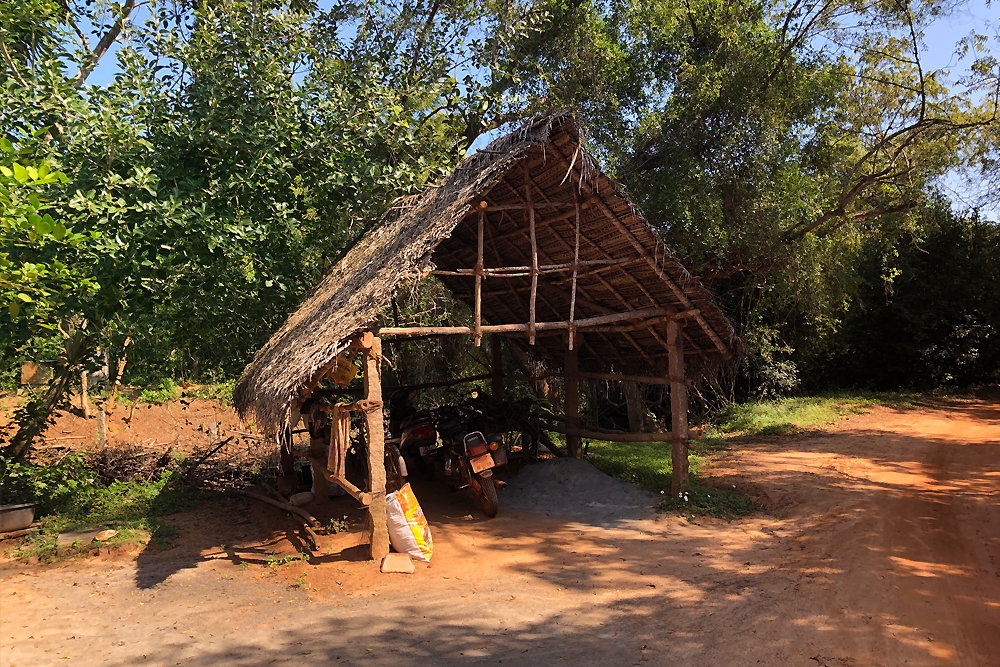 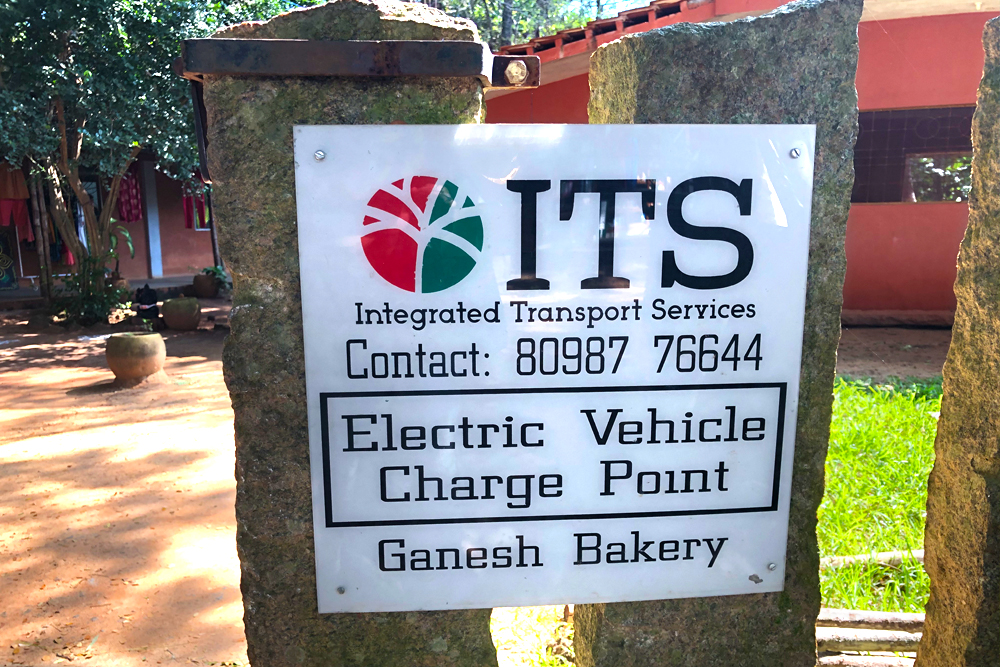 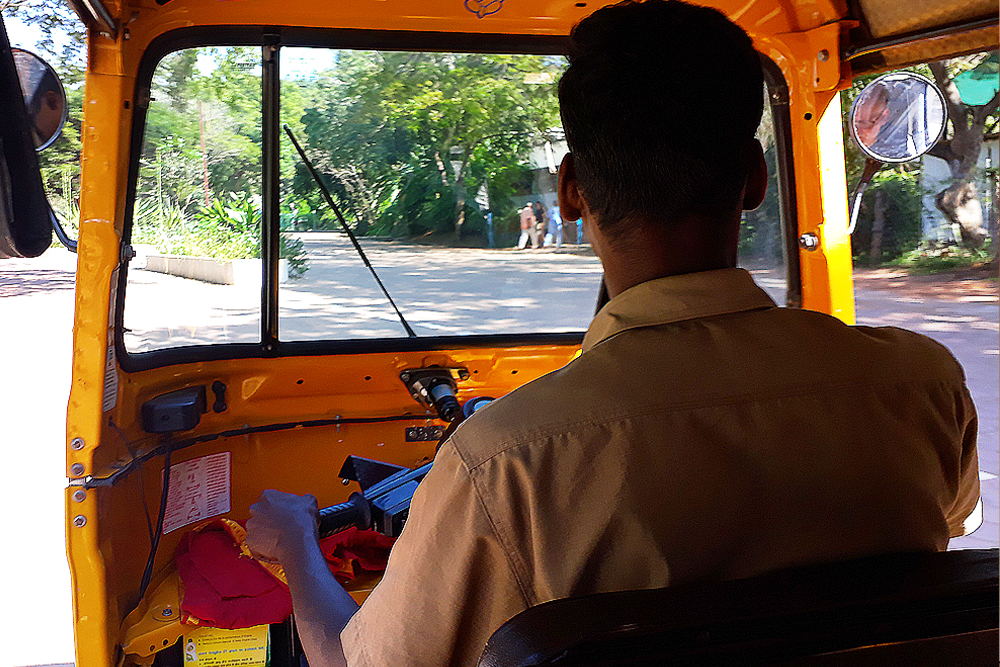 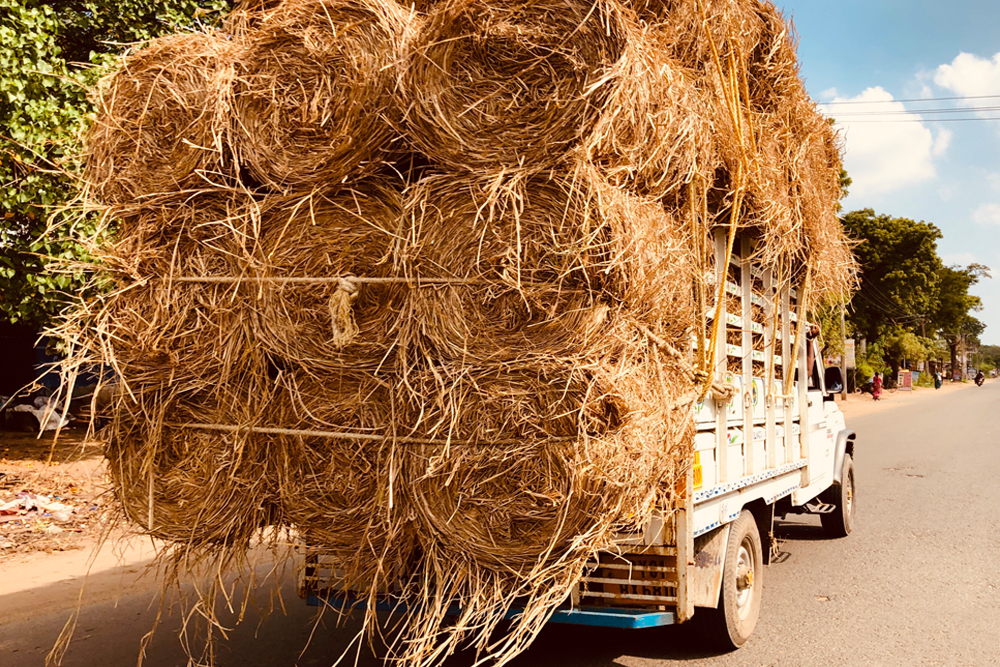 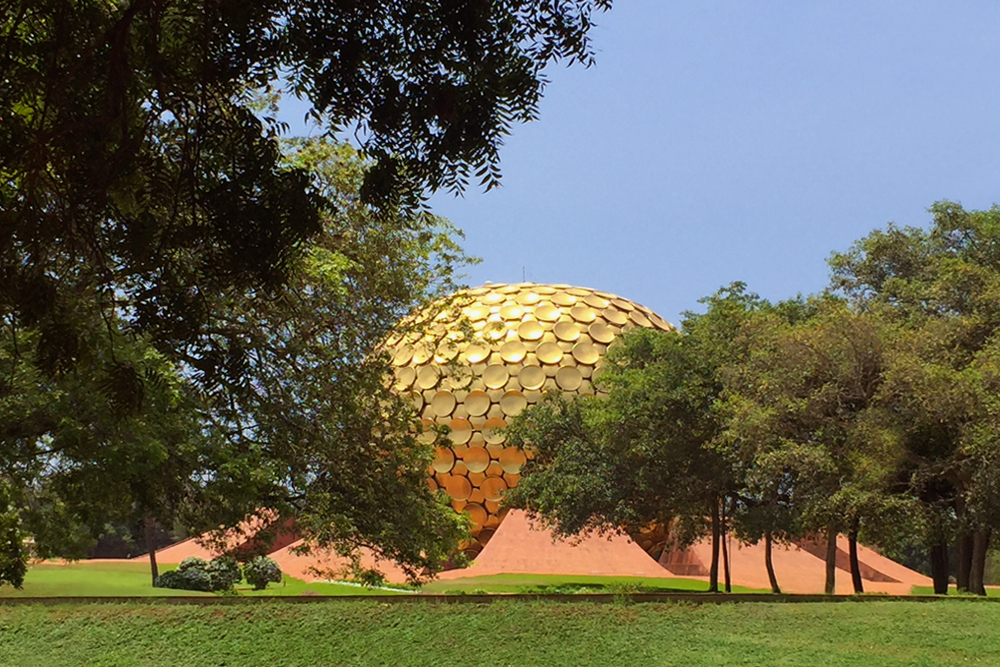 We were introduced to a number of wonderful musicians there and in particular Vera Joshi.  Vera, originally from Misk, Belarus, is now an Aurovillian and married to yoga teacher, artist and writer Ashesh Joshi. She specialises in Russian Flat Bells also known as Russian Singing Bells which are actually not bells at all but solid metal plates, very precisely and harmonically tuned.

She regularly performs meditative music and conducts workshops and ‘sound baths’, and both she and Ashesh follow the spiritual teachings of Indian philosopher Sri Aurobindo (1872-1950) and his visionary collaborator Mirra Alfassa (1878-1973) known to all as ‘The Mother’, who was the principal force in creating Auroville.  Late one afternoon, they invited us to their home to record Vera, it turned out their incredible house and both neighbours properties were the first three ever built in Auroville in the early 1970s. 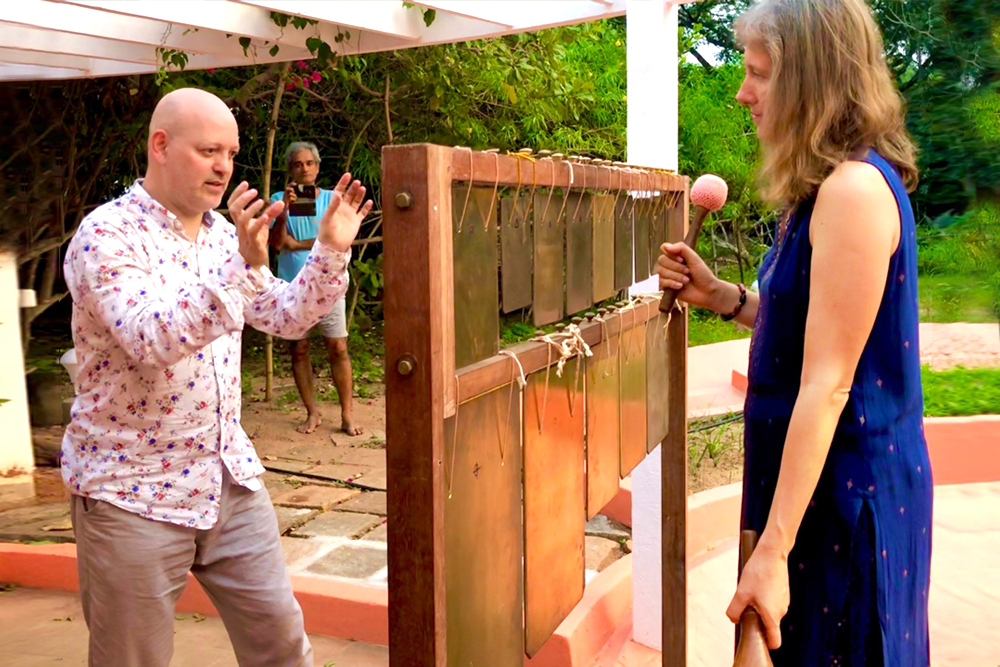 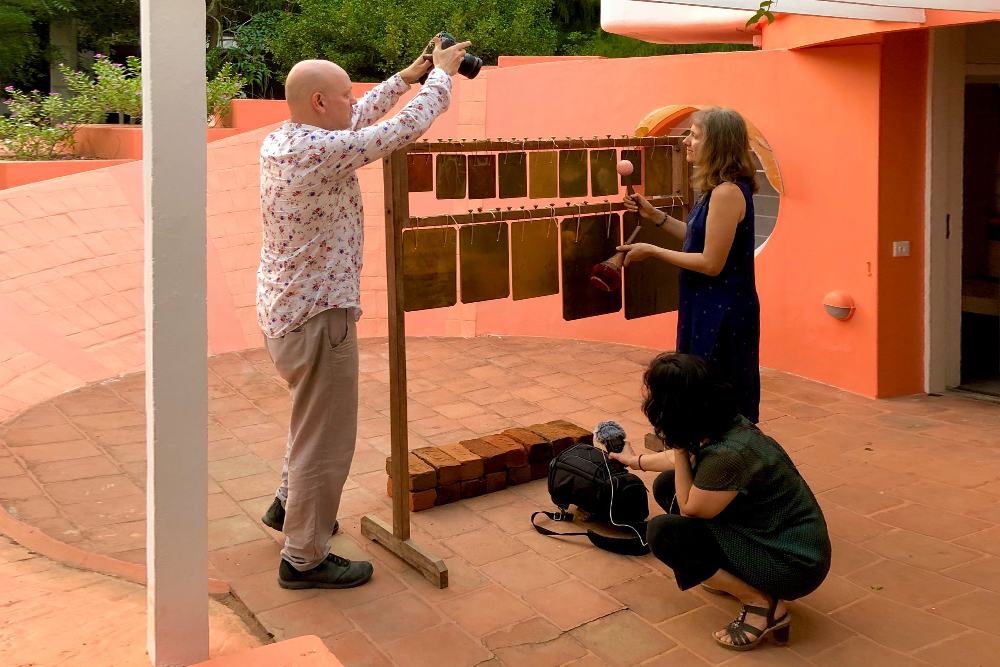 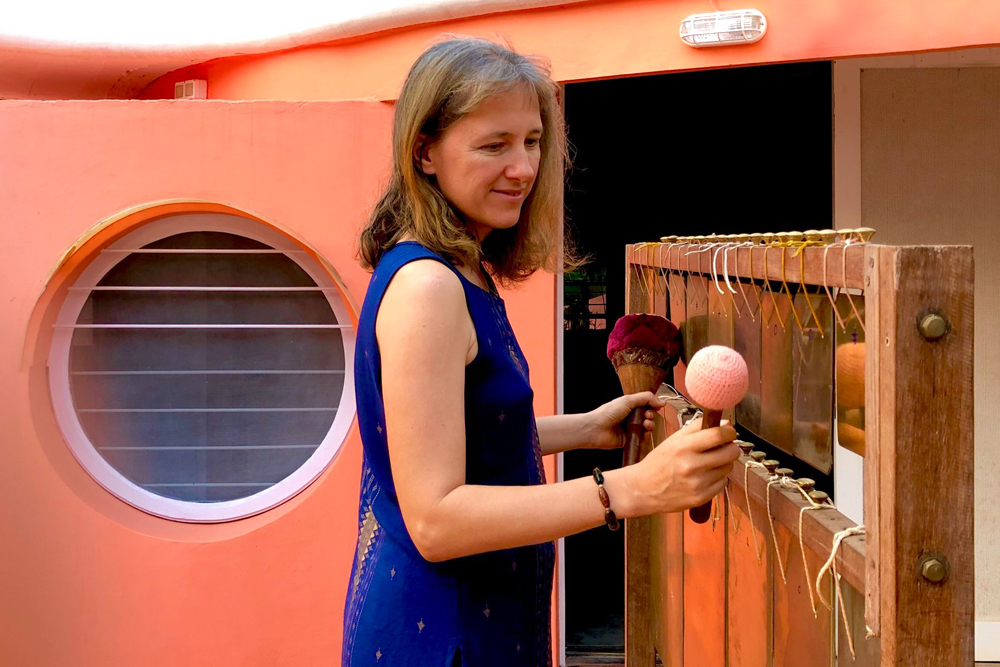 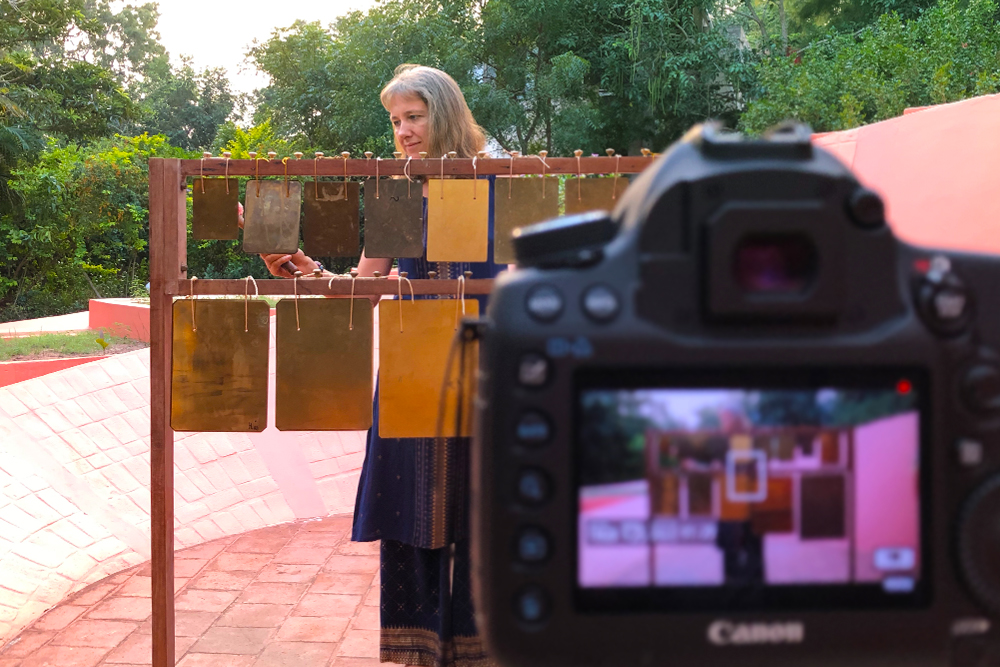 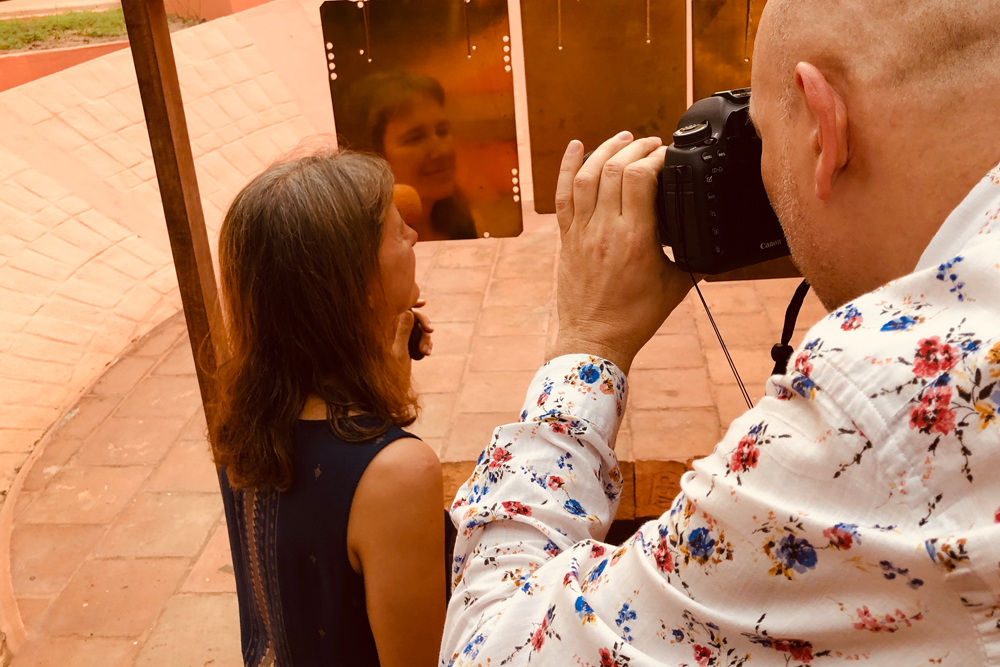 As background, an old and once lost tradition, the Semantron or Slavic Flat Bells, or these days also known as Russian Flat Bells or Singing Bells, were re-invented at the end of the 20th Century by Russian bell-master Alexander Zhikharev after nearly twenty years of dedicated research.  They’re a set of brass plates that hang on a wooden frame and are played by mallets, with the plates creating harmonious resonating vibrations that have an incredible sustain lasting for minutes. They were first brought to Auroville in 2007 as a gift to the Russian Pavilion there and Vera, who headed the project, organised regular weekly sessions for people to discover and play them.

They are simply wonderful and calming to listen to.

With many thanks to Fabienne from Auroville Outreachmedia and to Ashesh for kindly helping out.